ARRESTS OF pro-democracy activists and politicians continue in Hong Kong, with a wave of new arrests announced earlier this week.

Earlier this week, eight were arrested in connection with a protest that took place last month on the campus of the Chinese University of Hong Kong (CUHK). Among those arrested were Eason Chan Yik-shun, who is a member of Kwun Tong District Council, and Sai Kung District Council member Isaac Lee. Those arrested may face charges under the national security law. The protest was attended by more than a hundred people, though police claimed that they limited arrests to individuals that chanted slogans supporting Hong Kong independence.

The protest took place against changes by the university administration to hold graduation ceremonies online. Although the shift was justified on the basis of the ongoing COVID-19 pandemic, the graduation ceremonies at CUHK traditionally see protest. The decision to transition to an online ceremony was likely motivated by this. 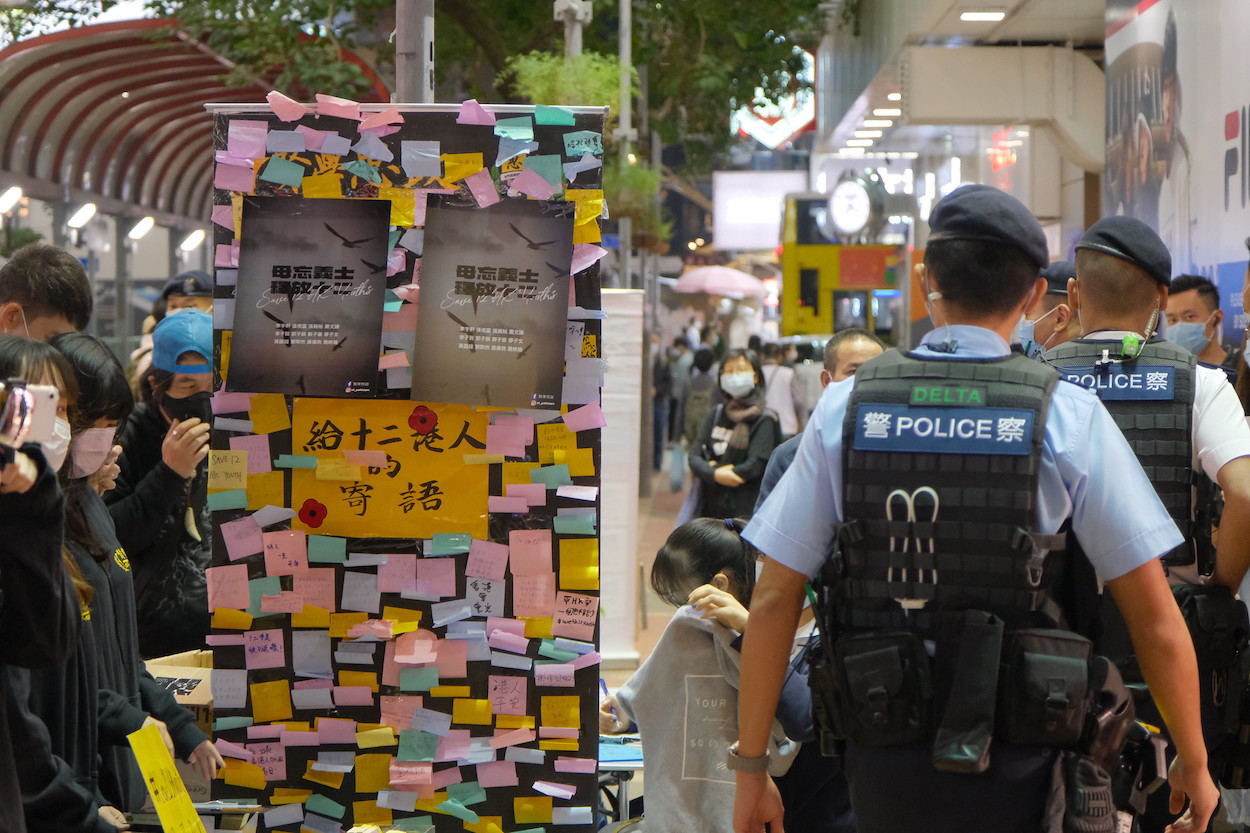 A day later, eight individuals including former lawmakers “Long Hair” Leung Kwok-hung, Eddie Chu, former Democratic Party chair Wu Chi-wa, and Civil Human Rights Front convenor Figo Chan were arrested on charges of unlawful gathering. This took place because they had participated in the annual Tiananmen Square commemoration, which is the occasion of a large-scale protest yearly in Hong Kong. While some of those arrested have been granted bail, or granted bail on the condition of forgoing their travel documents, individuals such as Apple Daily owner Jimmy Lai remain behind bars, having been denied bail on fraud charges.

In past weeks, the Hong Kong government has launched a concerted crackdown on pro-democracy forces. Plans for the disqualification of four pan-Democratic lawmakers, using new powers granted to the Hong Kong government by the National People’s Congress allowing for the removal of lawmakers from office without having to go through the court system, led to the resignation of the pan-Democratic camp as a whole from the Legislative Council (LegCo).

Before the resignation, pan-Democratic legislators were arrested for acts of protests and scuffles against pro-Beijing lawmakers that had taken place within LegCo. A radio DJ, Giggs, was arrested on charges of soliciting funds to help Hongkongers escape to Taiwan. An RTHK journalist, Bao Choy, was arrested on charges of making false statements for accessing a public database while researching for a story. Lastly, three prominent former members of the since-disbanded Demosisto, Joshua Wong, Agnes Chow, and Ivan Lam, were arrested and sentenced to jail after pleading guilty for charges connected to a protest that took place in June last year.

As a result of the arrest, some pro-democracy activists have announced that they will not be returning to Hong Kong. Former LegCo member and District Councilor Ted Hui has announced that he would be going into self-imposed exile. Pastor Roy Chan of the Good Neighbourhood North District Church has also stated that he and four family members that originally traveled to the UK on vacation are now planning on staying permanently in the UK. Other prominent activists, such as Nathan Law of Demosisto, Brian Leung, Ray Wong of Hong Kong Indigenous, Causeway Bay bookseller Lam Wing-kee, and former British consulate worker Simon Cheng, were already living outside of Hong Kong, having fled or sought asylum much earlier.

This wave of recent departures has provoked some questioning as to the future of pro-democracy activism in Hong Kong, if prominent activists began fleeing Hong Kong.

At the same time, Hongkongers that go into exile or intend to remain indefinitely outside of Hong Kong may still face retaliation—or individuals and groups connected to them in Hong Kong are targeted. Ted Hui, for example, has had his assets frozen by Hong Kong authorities. The Good Neighbourhood North District Church has also been raided, with accounts used by the church to help the homeless frozen. Targeting of fourteen members of China’s National People’s Congress by American sanctions aimed at blocking financial transactions by them and freezing their assets are likely to result in similar forms of retaliation against Hong Kong activists, who become targeted as proxies for the US. 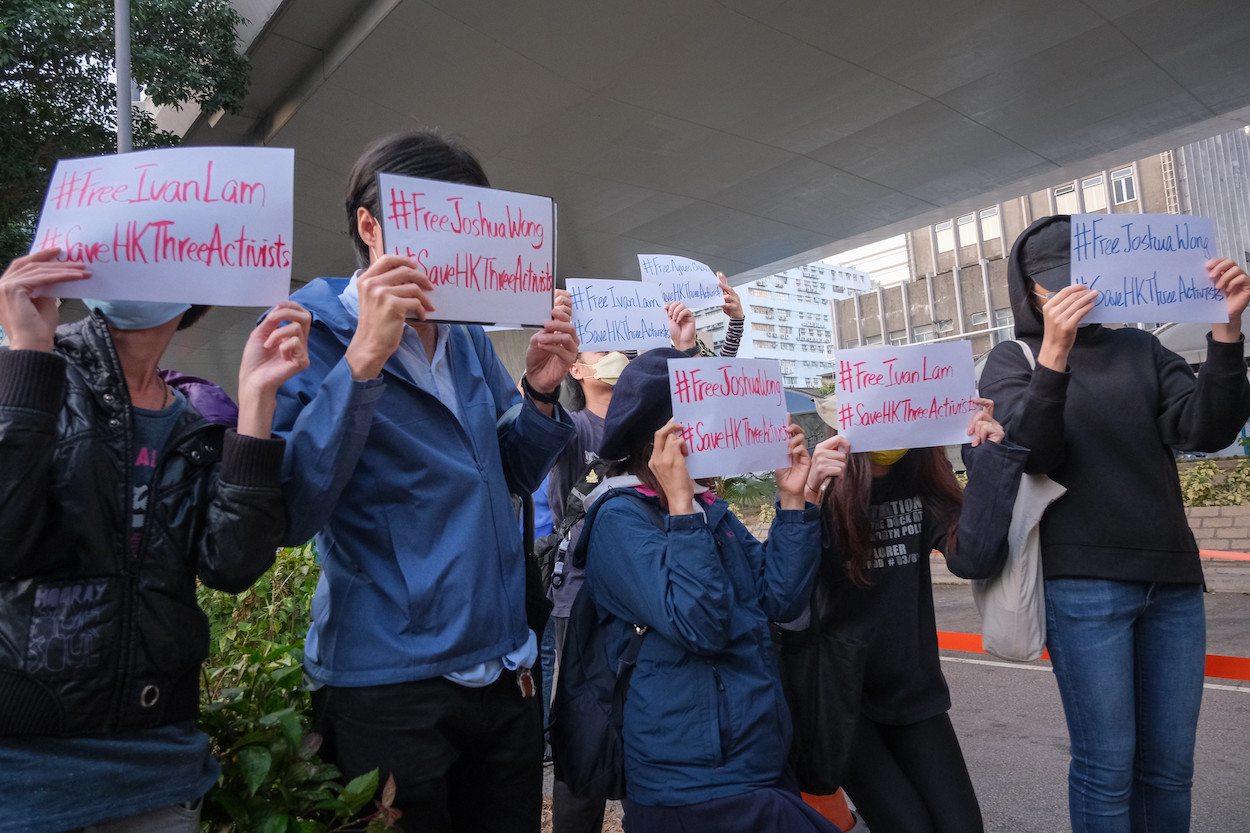 More generally, one has seen a wave of Hongkongers applying to immigrate abroad. According to reports, the UK has currently sees five British passports granted to Hongkongers per minute. Applications for residency in Taiwan by Hongkongers have increased by 70%.

That being said, measures to assist Hongkongers are still lacking, with Hongkongers facing issues seeking asylum, and having to clear high hurdles to qualify for immigration. It proves easiest for wealthy Hongkongers to find means of securing residency in other countries through investment or employment—and they are not likely to be the individuals most directly in the line of fire where political threats from China are concerned, oftentimes young protesters that may not be well-known enough that this protects them from harm, and who are lacking the financial resources or educational qualifications to travel abroad as a means of escape. The outlook conditions to be dire for Hongkongers, then, with the present crackdown showing few signs of ending anytime soon.