Tsai’s Tweets on the APEC Cancellation in Chile Prove Questionable

A TWEET SEVERAL weeks ago by Taiwanese president Tsai Ing-wen on the cancellation of the Asia Pacific Economic Cooperation (APEC) summit that was originally scheduled to take place in Santiago, Chile strikes as not only tone-deaf but illustrative of a consistent pattern of behavior by the Taiwanese government.

This year’s APEC summit was originally scheduled to take place in Chile from November 16th to 17th, but has been canceled due to ongoing protests which rocked Chile for the past month. The cancellation of the summit was announced on October 30th.

The UN Climate Change Conference, which was originally scheduled to take place in Santiago from December 2nd to December 13th has also been canceled. It was originally anticipated that the APEC summit might be an occasion for trade talks between American president Donald Trump and Chinese President Xi Jinping, but this may have to take place at another international summit now.

We regret that the @APEC summit in #Chile has been cancelled & hope that conditions there return to normal as soon as possible. #Taiwan will continue to play an active role in international affairs, & cooperation should continue through ministerial-level multilateral dialogues.

Chile has been rocked by protests in the past month, most directly as the result of a rise in the metro fare of the Santiago Metro. However, the protests are more broadly a response to stark socioeconomic inequality in Chile that is the result of decades of neoliberal policy.

Consequently, Chile is one of the most economically unequal countries in Latin America, even if neoliberal policies did suffice in creating an economically privileged elite. Similar to Taiwan’s attempts to overcome the martial law period, Chile also continues grapples with the legacy of Augusto Pinochet’s seventeen-year military dictatorship, which imprisoned tens of thousands of political prisoners, and after which the fate of many political prisoners remains unknown.

Demonstrations to date have seen the destruction of many subway stations in the Santiago Metro, as well as protest rallies that have mobilized over one million individuals, calling for the resignation of President Sebastián Piñera. 29 have been killed to date and a state of emergency has been declared by the Chilean government, with Piñera later dismissing all of his cabinet members.

In particular, Tsai’s Tweet referred to “reget[ing] that the conference in Chile had been canceled” and a “hope that conditions there return to normal as soon as possible”, followed by emphasizing that “Taiwan will continue to play an active role in international affairs, & cooperation should continue through ministerial-level multilateral dialogues.”

Tsai’s reference to hoping for a quick return to normalcy strikes as tone-deaf given the violence which has taken place in Chile. In general, it is an unfortunate fact that the Taiwanese government has a long history of questionable, strangely written Tweets, usually from Minister of Foreign Affairs Joseph Wu, which have sometimes provoked controversy—mostly notably in an incident in which the Minister of Foreign Affairs retweeted a Breitbart article, either unwittingly or deliberately.

Taiwan maintains relations with it’s few remaining diplomatic allies in order that they might speak up for it in international bodies in return to for financial assistance and infrastructure investment. Taiwan is larger in terms of its population and economy than all of its remaining allies. However, many of these diplomatic allies are ruled by political regimes with questionable human rights records, such as eSwatini, one of the world’s few remaining absolute monarchies, and Honduras, in which the Tsai administration acknowledged the presidential administration of Juan Orlando Hernandez as legitimate—this despite that Hernandez was accused of having stolen the election in a manner not so dissimilar to the KMT during the authoritarian period in Taiwan. 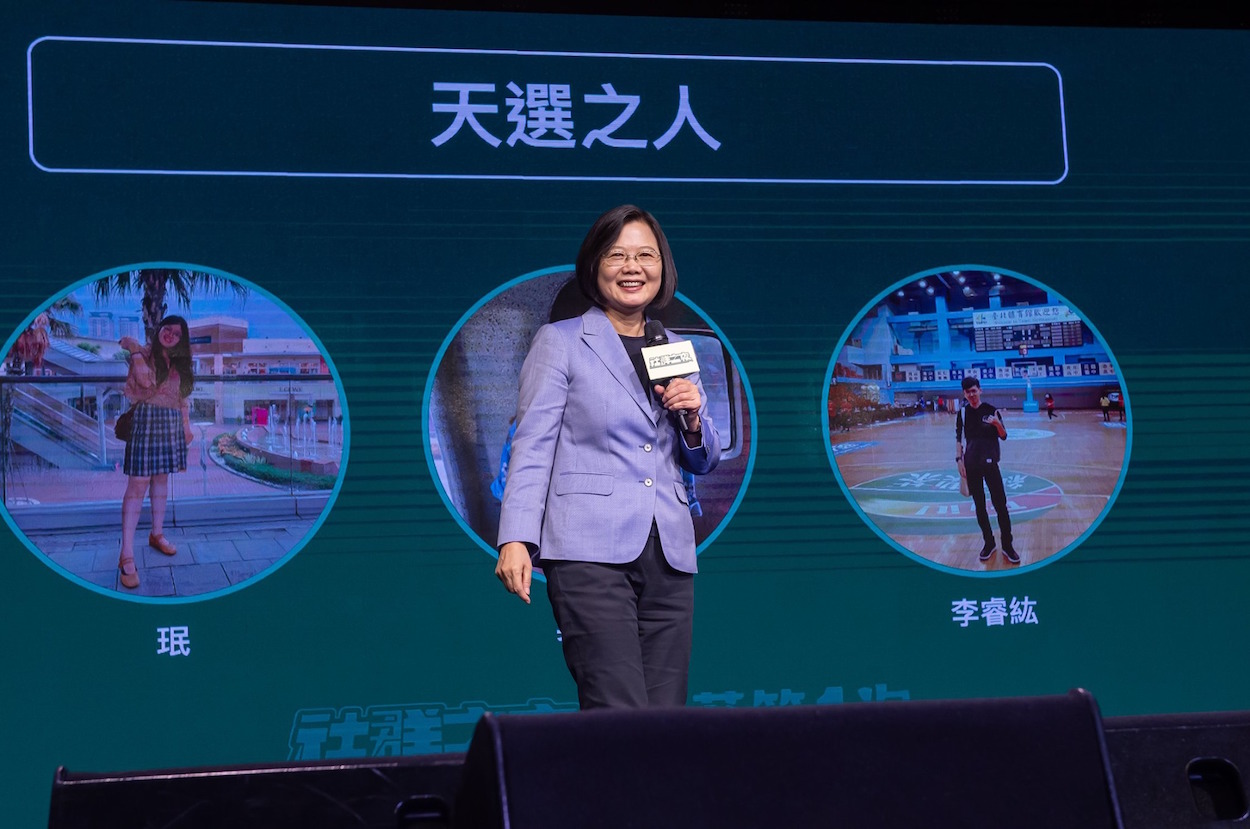 The Tsai administration has even tried to turn a blind eye to domestic human rights abuses to bolster its international standing. Again, as APEC is one of the few major international organizations of which Taiwan is a major, in an unusual move, the Tsai administration sent James Soong of the People First Party to APEC in 2017. Soong, a former KMT member, was the head of the Government Information Office during authoritarian times and, in his position as such, was directly responsible for the persecution of political dissidents. Tsai may have hoped to reassure the international community that her government would not be aggressively pro-independence by sending a former KMT official to APEC.