THE NEW TAIPEI mayoral debate, which took place last Monday, likely points towards to how tight the race will be. Despite Hou having enjoyed a strong lead over Su in past months, a party heavyweight of the DPP as a former party chair and former presidential candidate, Su likely performed better than Hou in the debate, coasting on his years of political experience. The panel took the form of opening comments, questions asked of both candidates by a set of panelists primarily drawn from media organizations such as the Liberty Times or Apple Daily, then closing comments.

Hou’s mistake may have been primarily in his failure to focus on debating Su in terms of policy, focusing on what were primarily declarations of personal virtue. In his opening comments, Hou emphasized his past as a high-ranking law enforcement official to tout what he claimed to be his personal bravery, persistence, and loyalty. 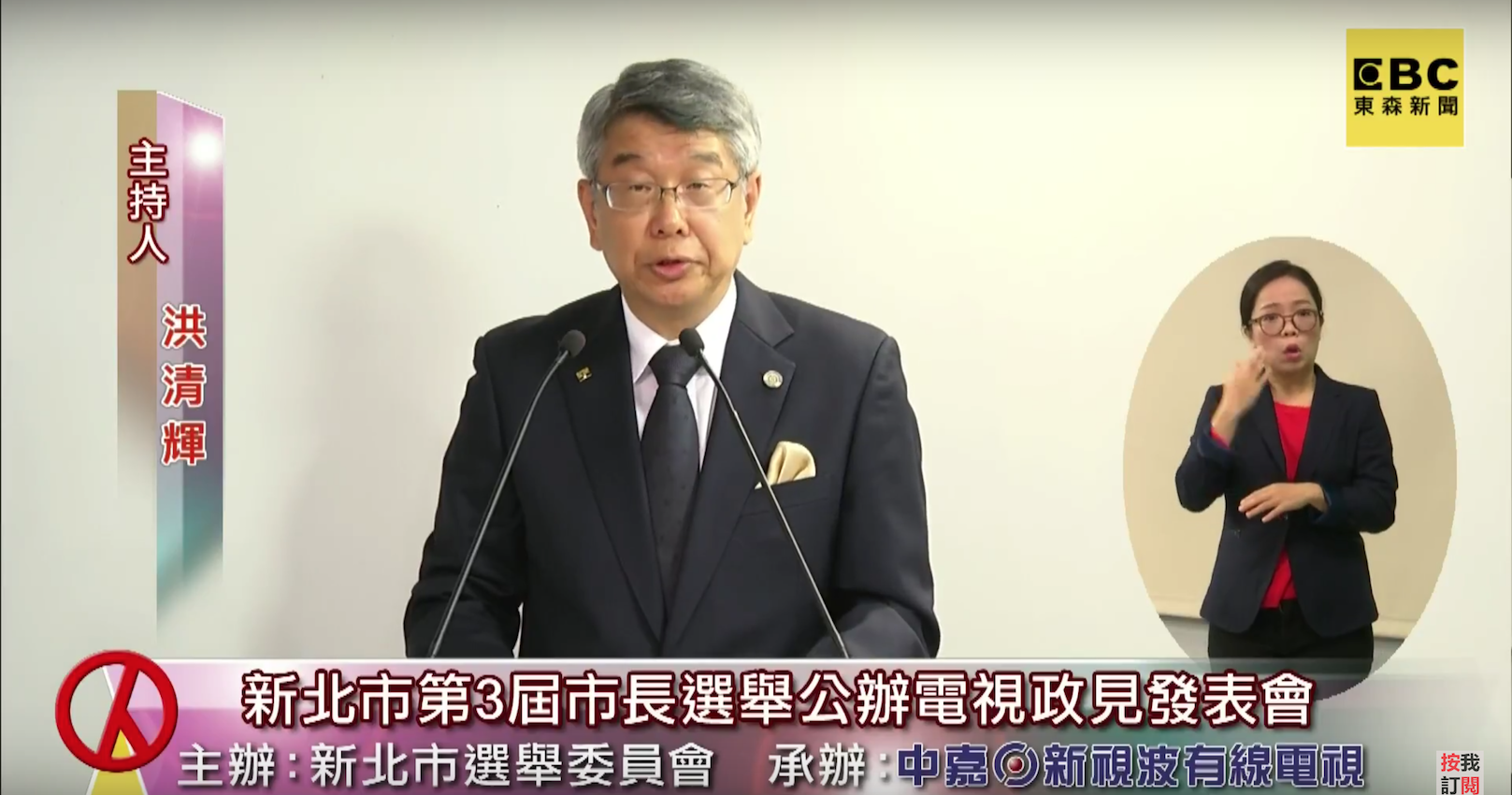 The moderator of the debate, Hung Qing-Hui. Photo credit: EBC

Hou also expressed broad thematics of what policy would be under his tenure, such increasing the span of urban renewal by using the expansion of the MRT, creating a safe environment for social minorities, and making New Taipei an international city. As a former deputy mayor of New Taipei city under Eric Chu, Hou also touted the achievements of the Chu administration as being part of his personal achievements, such as the construction of sports centers in New Taipei.

Su, on the other hand, jumped straight to policy in claiming that because of the US-China trade war, these were new times, and that many taishang whose investments were formerly in China were now coming back to Taiwan. According to Su, taishang returning to Taiwan would be looking for new places to invest in and New Taipei would be the perfect place, given its proximity to Taoyuan International Airport, its large labor force, and the sizeable amount of space available in it.

Su also cited his past record as the former magistrate of Taipei County from 1997 to 2004, New Taipei being the name that Taipei County took after its status was changed from a county to special municipality, stating that he had built schools and museums. Su stated that if elected, he would protect the citizens and encourage opportunities for young people to start businesses, as well as extend and speed up MRT development, improve housing and schooling, and improve basic services by making information about them more readily available, such as with regards to garbage trucks. With the growing southeast Asian migrant population, Su also stated that information about public services should be made available in southeast Asian languages for them to understand. Su also criticized the expenditures of the current Chu administration and stated that he would do better in the future.

When asked about by panelists about the rising elderly population and childcare needs, Hou stated that, as mayor, he would construct care facilities for the elderly, exercise facilities for the elderly, and improve medical care, such as better access to dental care. Su stated that while New Taipei has seen an increase in its elderly population since when he was the magistrate of Taipei County, the actions he took then provided a foundation for New Taipei’s current elderly care facilities. 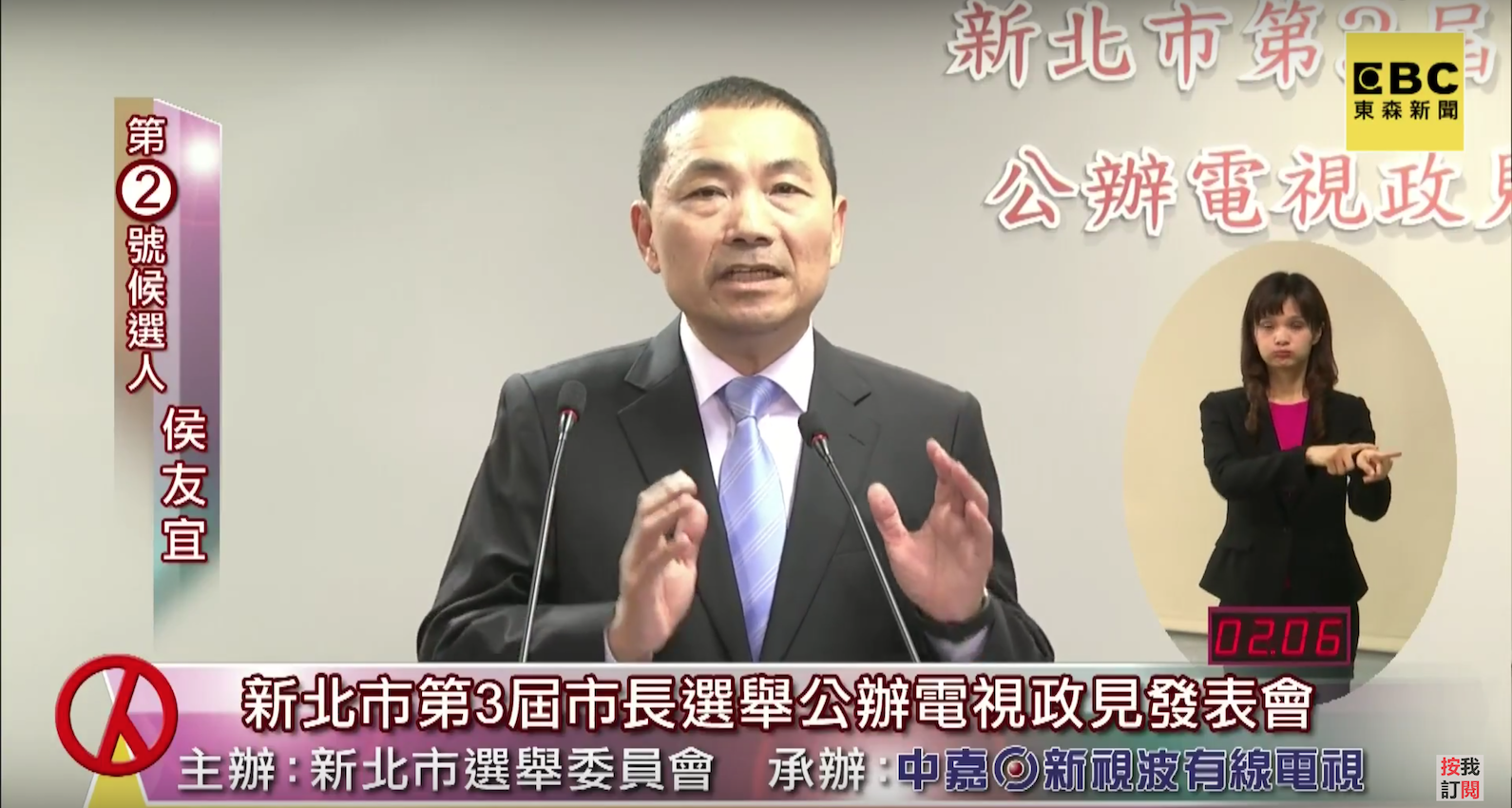 When asked about what the relation of New Taipei and Taipei would be, particularly if both one end up controlled by mayors from different political parties, Hou said that the “Han wave,” as well as protests against the DPP’s changes to the Labor Standards Act, and the Kuan Chun-ming scandal, show that people are tired of partisan political competition between the DPP and KMT. Su stated that he felt such statements were hypocritical from a member of the KMT, but stated that with regards to public services, it was important to be open and inclusive, and that his past history as Taipei magistrate demonstrates this, seeing as he was supported by even KMT city councilors.

In his closing, Hou began by again focusing on personal values, in stressing that he would be a responsible mayor, and also emphasizing that he was not from a political family, reiterating much of the same points as before.

By contrast, in his closing, Su responded by remarking that Hou had spent six of the twelve minutes allotted to him for closing remarks praising his own personal virtues, go on to criticize Hou for not being open about his personal wealth, and criticize Hou for calling him an old man in ageist language on several past occasions. Su stated that he has worked harder on his campaign than Hou, despite being older than Hou by some years, and that, despite being younger, Hou has consistently stood with older, more conservative forces going back to his actions as a law enforcement officer during the KMT authoritarian period, while Su had a background in the Taiwanese democracy movement. Su claimed that he was running for office to pursue progressive policies, as he always has, and to change the city. 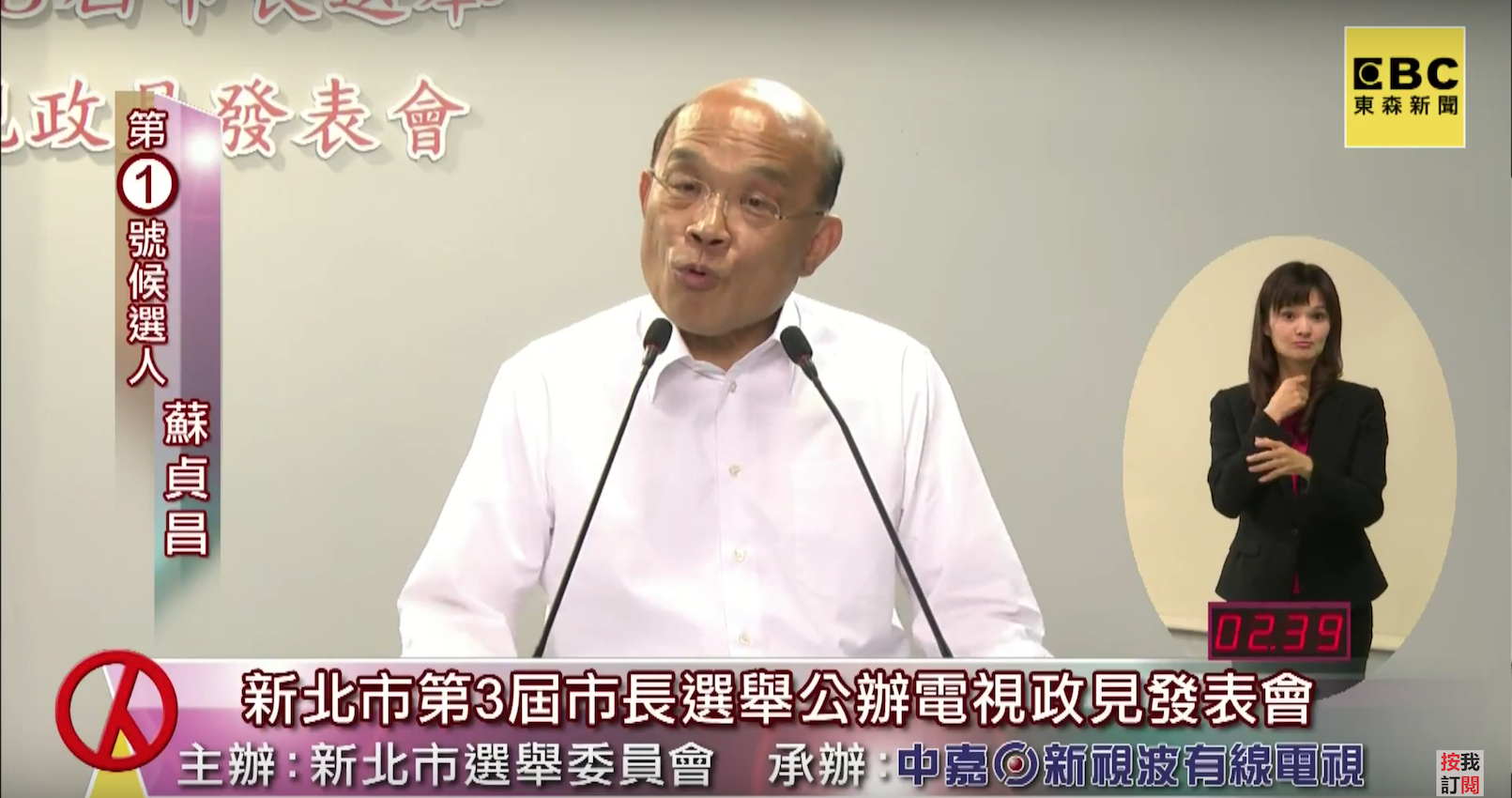 It may not be surprising that Su, the more experienced politician, seemed to perform better than Hou in the debate. Again, much of this returned to a poor strategy by Hou to primarily confine discussion of policy to cross-examination by panelists and to instead focus on praising himself publicly or citing his past record in law enforcement. Hou may have been trying too much to replicate the Han Kuo-yu phenomenon, which is highly focused on Han’s personal charisma, much more so than any form of concrete policy. But Su himself also has a longstanding reputation as a charismatic politician and why this was so was quite evident in the debate, with Su being charismatic while at the same time mostly focusing on policy, and attacking Hou many times, but conducting such attacks in a manner which came off as friendly instead of hostile.

In the meantime, it remains to be seen what the results of what will likely be a tight race in New Taipei city will be. Hou has historically led Su in the race, but some see Su’s personal charisma and a savvy campaign conducted through social media as having potentially closed the gap. And, unlike some of the other mayoral debates which have taken place in Taiwan, Su’s strong debate performance could actually have served to turn some swing voters.