HONDURAN PRESIDENT Juan Orlando Hernández left Taiwan on Monday after a three-day diplomatic visit. The trip was to commemorate 80 years of diplomatic relations between Taiwan and Honduras, with Hernández set to leave office in January.

Hernández visited with his wife, along with other government officials such as Honduran Minister of Foreign Affairs Lisandro Rosales Banegas, Presidential Office secretary-general Ricardo Cardona, and Minister of Finance Luis Mata. Banegas was awarded the Order of Brilliant Star with Grand Cordon by the Tsai administration for contributions to improving diplomatic relations between Honduras and Taiwan. 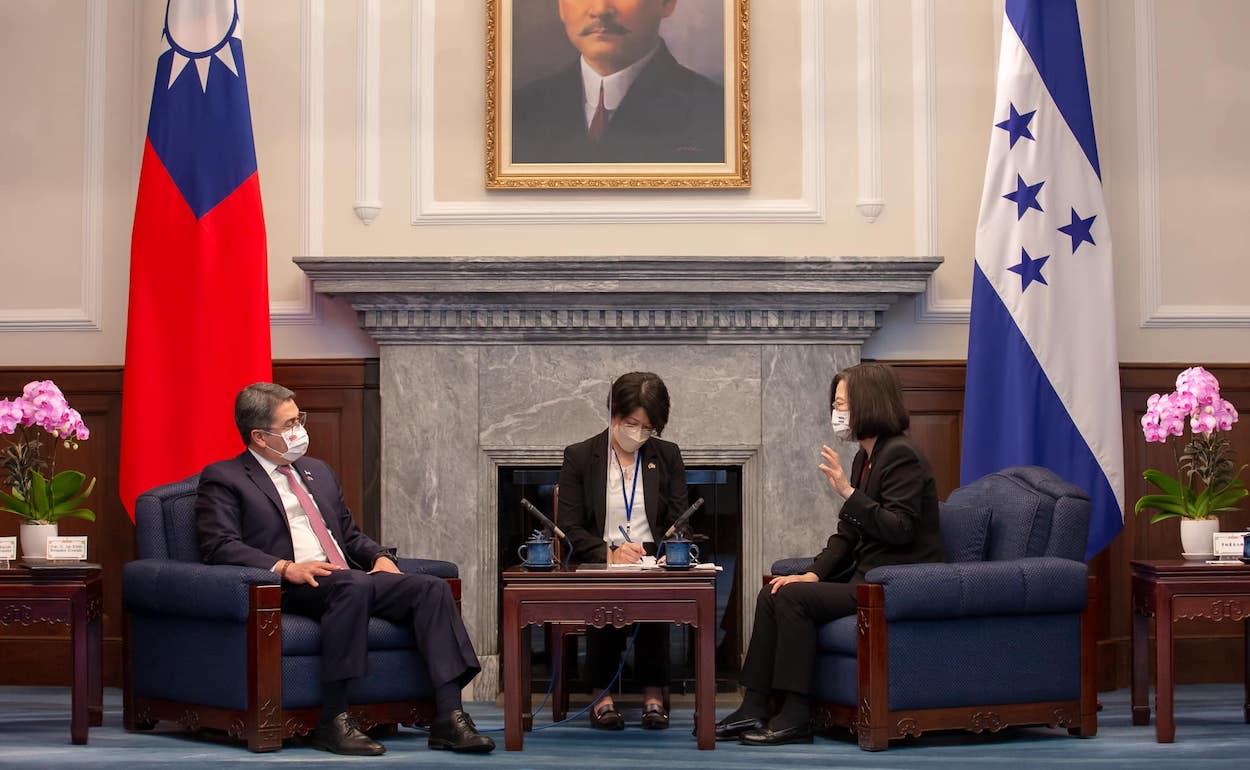 The visit by Hernández is his fourth to Taiwan, with a visit in 2010 when he served as speaker of the Honduran parliament, and in 2015 and 2016 as president. Much attention has gone to the fact that this may be the last diplomatic visit to Taiwan by a Honduran president, with the possibility of a switch in recognition to the PRC after the next set of elections. One of the prominent frontrunners in the presidential race, Xiomara Castro of the Liberty and Refoundation Party, has stated that she intends to switch to the PRC if she wins over the candidate of Hernández’s National Party of Honduras, Nasry Asfura.

Indeed, the visit took place at the invitation of the Tsai administration and was likely aimed at touting diplomatic relations between Honduras and Taiwan given the possibility of an imminent switch in recognition. Taiwan currently has fifteen remaining diplomatic allies, including the Vatican.

It is unclear to what extent Hernández’s visit is aimed at preserving the Taiwan-Honduras relationship, so as to benefit Asfura. Hernández stated that one of the purposes of the visit was to negotiate the financing of a megaport project on Tiger Island in Honduras.

That being said, Honduras more broadly fits into the pattern of how many of Taiwan’s diplomatic allies have checkered human rights records. Taiwan is larger in terms of the size of its economy and population than all of its allies, but it maintains them ostensibly in order that they can speak up for Taiwan in international organizations from which Taiwan is excluded.

To this extent, Taiwan has been accused of illicitly financing lawmakers in its diplomatic allies, so as to incentivize them to maintain relations with Taiwan, such as has been reported of Taiwan’s actions with regards to Nauru. Taiwan has otherwise been accused of engaging in “dollar diplomacy” with diplomatic allies, in financing them in return for recognition. Indeed, past invests by Taiwan in Honduran infrastructure, such as occurred under the Chen Shui-bian administration with the financing of a 300 million USD hydroelectric dam at a 35 million USD loss, was at a loss, suggesting dollar diplomacy.

Either way, Taiwan’s diplomatic ties with Honduras are a particularly egregious example of ties with countries that violate human rights violations. Hernández’s reelection victory in his second term was disputed by international observers. Hernández’s actions as president, in fact, prove reminiscent of the actions of the KMT during authoritarian times, with Hernández accused of conducting police killings or using organized crime to kill political dissidents. 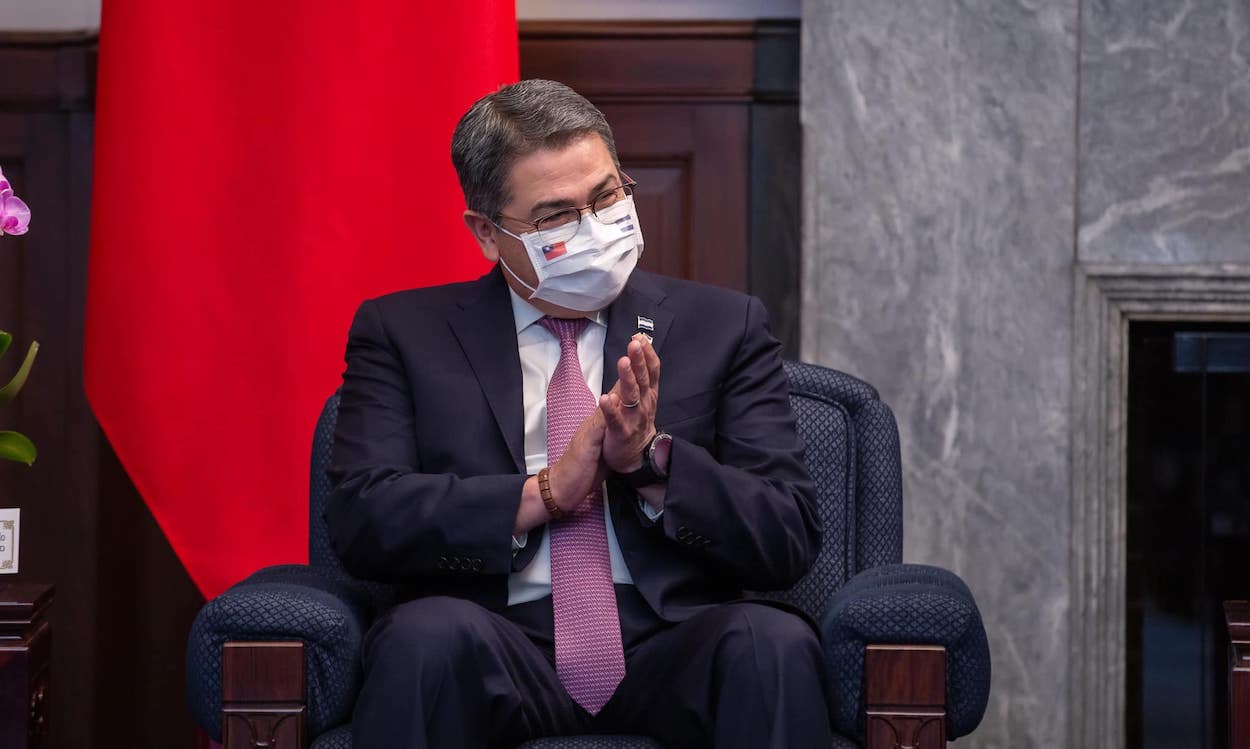 Honduras has one of the highest murder rates in the world, due to organized crime groups that operate with impunity, and police killings. Among the murdered are political activists critical of the government, LGBTQ activists, journalists, and lawyers. Hernández was also implicated in drug smuggling during his presidential term.

Hernández maintained his grip on power through controlling the legislature, the Supreme Court, the military, the police, the attorney general, and the Supreme Electoral Tribunal. In being elected to a second term, when Honduran presidents are normally limited to two terms, Hernández overturned existing laws. Honduras has a history of coups, with the most recent one being in 2009.

The Tsai administration was following the lead of the Trump administration in recognizing Hernández’s election victory, despite widespread accusations of election fraud. Nevertheless, apart from Honduras one notes that the Tsai administration backs the Mswati monarchy in Eswatini, one of the world’s last remaining absolute monarchies, and the monarchy put down recent pro-democracy protests. Nicaragua is another diplomatic ally that can hardly be said to be a democracy, in which President Daniel Ortega remains in power after four terms. In this sense, Hernández’s visit to Taiwan points to hypocrisy more than anything else in Taiwan’s diplomatic relations.