22-YEAR-OLD student Chow Tsz-lok has died in Hong Kong after injuries sustained from falling from the third floor to the second floor of a car park in the course of police dispersion operations in Tseung Kwan O on Monday.

Chow, an undergraduate student studying computer science at the Hong Kong University of Science and Technology, was participating in demonstrations at the time of his fall. While Chow’s fall was not captured by video footage, Chow is generally presumed to have fallen while attempting to flee from tear gas deployed by the Hong Kong police. 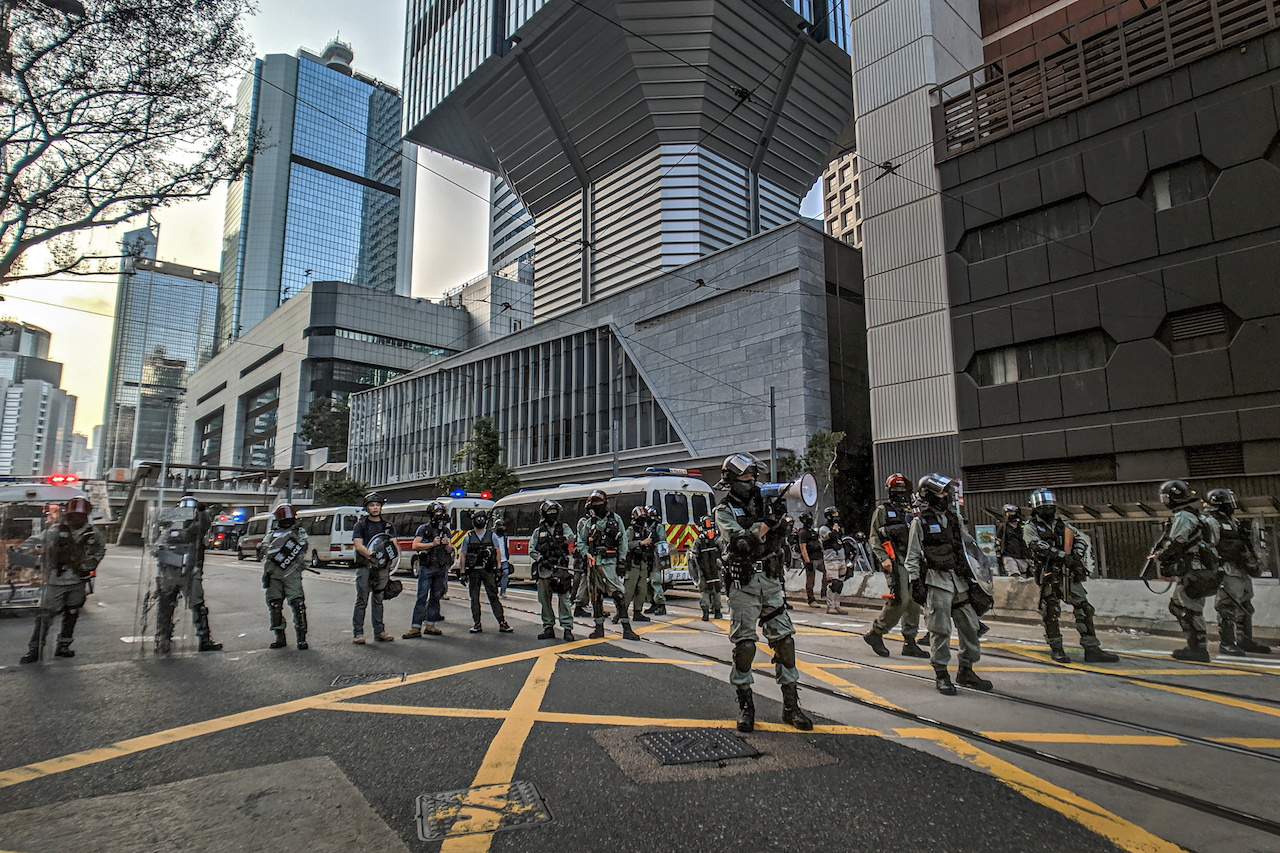 It was previously known that Chow had suffered brain damage in the course of his fall, remaining comatose since Monday. The Oriental Daily reported that Chow was brain dead on Tuesday and reports suggested that Chow was being removed from life support, but this later turned out to be mistaken. Chow’s death from cardiac arrest was confirmed today by the Queen Elizabeth Hospital, in the wake of two operations earlier this week to relieve pressure on his skull from swelling.

With protests in Hong Kong proving most intense on weekends, Chow’s death will likely provoke a wave of outrage in the coming days. In particular, Chow’s death may be the first confirmed death directly caused by police actions in the course of the protests which have rocked Hong Kong for five months.

It is, in fact, perhaps purely by luck that there have not been a number of deaths caused by police actions to date. On October 1st, police shot an 18-year-old protester in the chest, the bullet lodging itself three centimeters from his heart. However, the condition of this protester later stabilized. There have also been repeated occasions of police causing severe injuries by firing tear gas canisters at demonstrators and journalists and police have been observed aiming guns equipped with rubber bullets at demonstrators at close enough ranges to be fatal.

Likewise, there are a number of individuals who believe that police actions have already led to deaths in the course of protests, just that this has been covered up. Though periodically defaced by pro-Beijing groups or dismantled by police, demonstrators have set up memorials outside the Prince Edward MTR station since August in the belief that demonstrators may have been killed by police during a dispersal operation in the Prince Edward MTR station on August 31st. Police were also accused of potentially having caused the death of a fifteen-year-old girl surnamed Chan known to have participated in the ongoing demonstrations whose body was discovered in the sea near Yau Tung in October,

Others point to a number of suspicious suicides as possibly indicating a police cover-up. On October 12th, an ad appeared in the Apple Daily listing the names of 118 suicide victims whose deaths were deemed to be suspicious. Broadly speaking, the belief that police may be covering up deaths illustrates the extent to which the Hong Kong public has come to distrust the Hong Kong Police Force.

Reports are also on the rise of sexual violence committed by police against both male and female protesters, though particularly the latter. And, if not police violence, there have also been numerous incidents of violence against protesters from individuals thought to be pro-Beijing triad members, inclusive of stabbing incidents, such as an incident in which part of pro-democracy city councilor Andrew Chiu’s ear was bitten off by an attacker after stabbing five individuals with a knife, and incidents in which cars charged directly into crowd, with one notable instance of this taking place in July after a car that drove into a crowd shot fireworks into the crowd as it did so. It, too, is somewhat surprising that nobody has yet been killed by triad violence to date.

And if Chow Tsz-lok’s death may be the first confirmed death directly caused by police violence, there have been a number of suicides in Hong Kong that have taken place in connection with the protests to date, with suicide victims expressing that their motives for taking their own lives were related to a sense of despair regarding the present protests. As such, the protests to date have clearly already had casualties. There have been at least nine such cases of suicides to date. 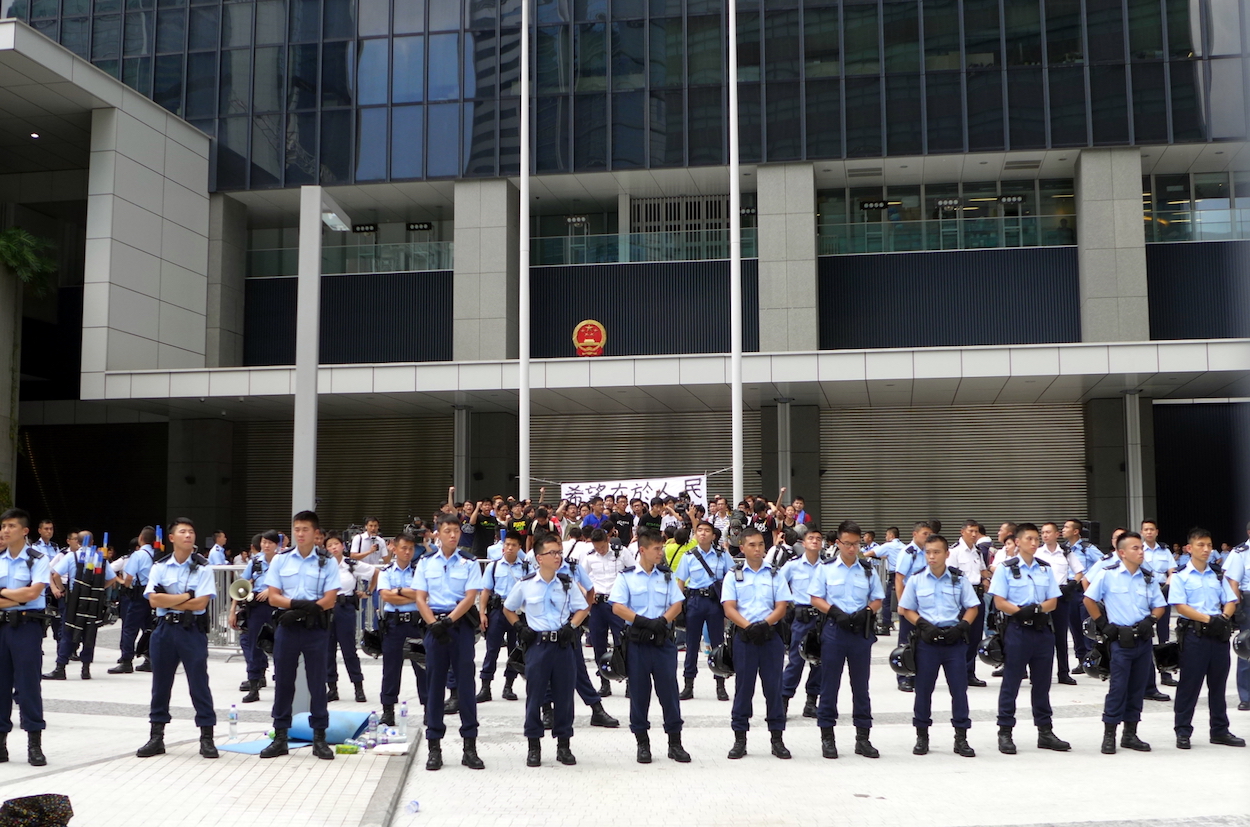 The Hong Kong Police Force has claimed, rather ludicrously, that the lack of deaths to date are a sign of its restraint, sometimes citing the fatalities caused by policing actions in other countries to claim that their level of violence against protesters has not been disproportionate. It is likely that the Hong Kong police will again attempt to insist this in the face of Chow Tsz-lok’s death, such as by pointing to that Chow fell to his death, rather than dying of injuries inflicted by police.

However, police actions have increasingly provoked outrage, with it increasingly clear that members of the Hong Kong police deliberately seek to inflict injury on protesters. One observes not only in beatings or pepper-spraying of protesters sometimes not engaged in any form of direct action at the time, as well as actions, such as firing tear gas into crowds with nowhere to disperse to. The Hong Kong police’s dehumanizing treatment of demonstrators is increasingly visible, with members of the police frequently cursing at protesters or openly referring to them as “cockroaches” during protests. To this extent, when confronted by the media, police have sometimes been caught in open lies about the amount of force they use against protesters.

Indeed, it is in the nature of the institution of the police to use violence against members of the public, in acting as enforcers of the capitalist state. But as protests enter their fifth month, one notes that demonstrations are increasingly stoked by outrage against the violent actions of the police in Hong Kong society. To this extent, protests this weekend are likely to be especially intense in the wake of Chow Tsz-lo’s death.