Triad Attacks Take Place over the Weekend in Hong Kong, with Police Turning a Blind Eye

PROTESTS CONTINUED in Hong Kong over the weekend, with a large march drawing tens of thousands on Sunday despite police refusing to approve the march beforehand. The weekend also saw clashes between pro-Beijing protesters and pro-democracy demonstrators and incidents of pro-Beijing triad members attacking demonstrators to little action from Hong Kong police. 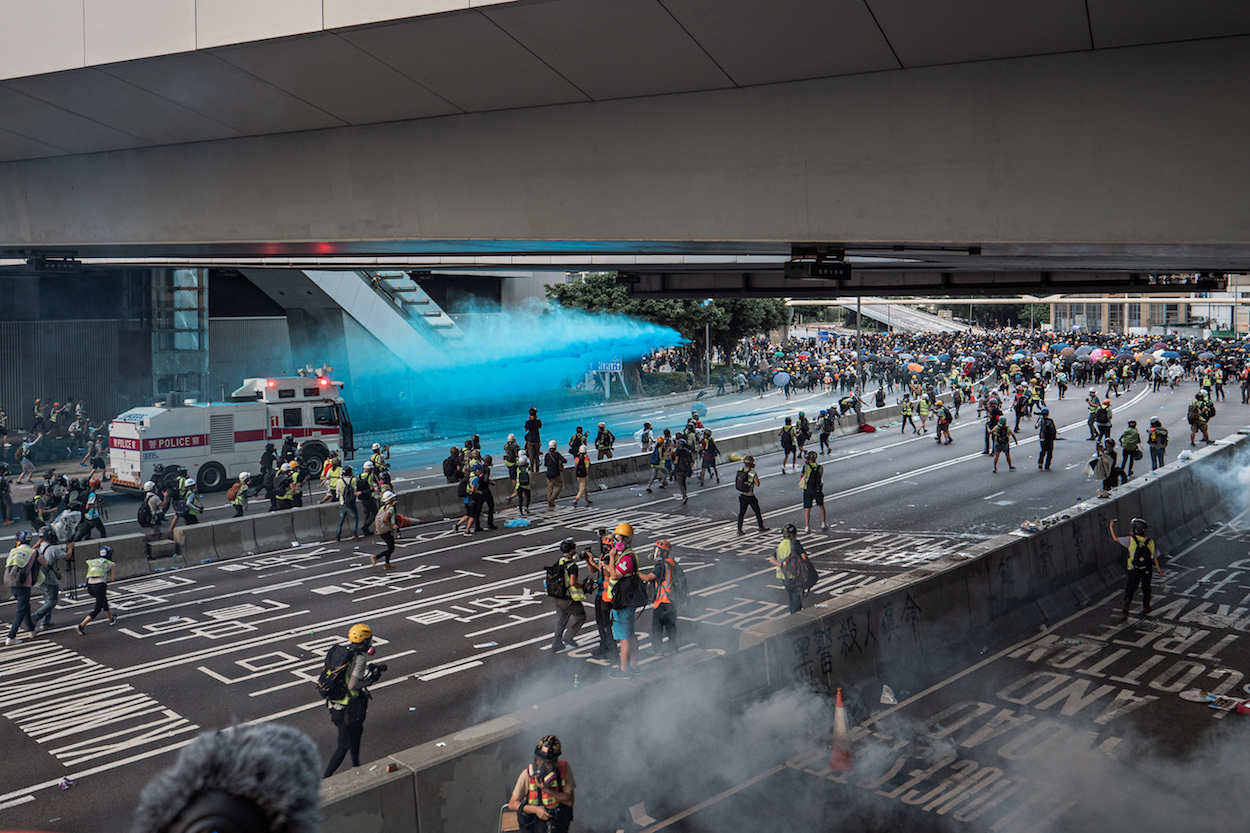 Counts place the number of pro-Beijing demonstrators in the Amoy Plaza shopping mall in the hundreds, with clashes breaking out with pro-democracy demonstrators that arrived to hold a counter-protest. During the mall protest, there were several incidents filmed of young pro-democracy demonstrators being attacked and subdued by the police. The management of the Amoy Plaza mall was later confronted by protesters, with accusations that they allowed police actions to go unchecked or may have called for the police themselves.

There have also been reports of Lennon Walls being torn down by pro-Beijing flash mobs over the weekend, with demonstrators that attempted to defend the walls being attacked. In response to the outbreaks of triad violence which have occurred during protests, to date, a molotov cocktail was thrown at the offices of pro-Beijing lawmaker Junius Ho on Saturday. Ho is known to have close ties to Hong Kong triads.

On Sunday, a large-scale march had originally been called for by the Civil Human Rights Front. The Civil Human Rights Front has been the primary organizer for the largest marches of demonstrations to date, marches that have on several occasions drawing over one million participants. Police, however, refused to approve the march ahead of time. Despite this, tens of thousands marched anyway.

Though much of the march was peaceful, demonstrators also threw Molotov cocktails at government headquarters, as well as at MTR stations. With MTR stations shut down to entrap protesters and prevent them from fleeing, the Hong Kong MTR is increasingly seen as an enemy by protesters. The MTR Corporation recently also invited accusations of racism after a high-ranking MTR official suggested that that the MTR Corporation would hire Gurkhas to handle security for the MTR system going forward, claiming that Gurkhas would be most suitable for the task because they did not speak Cantonese. 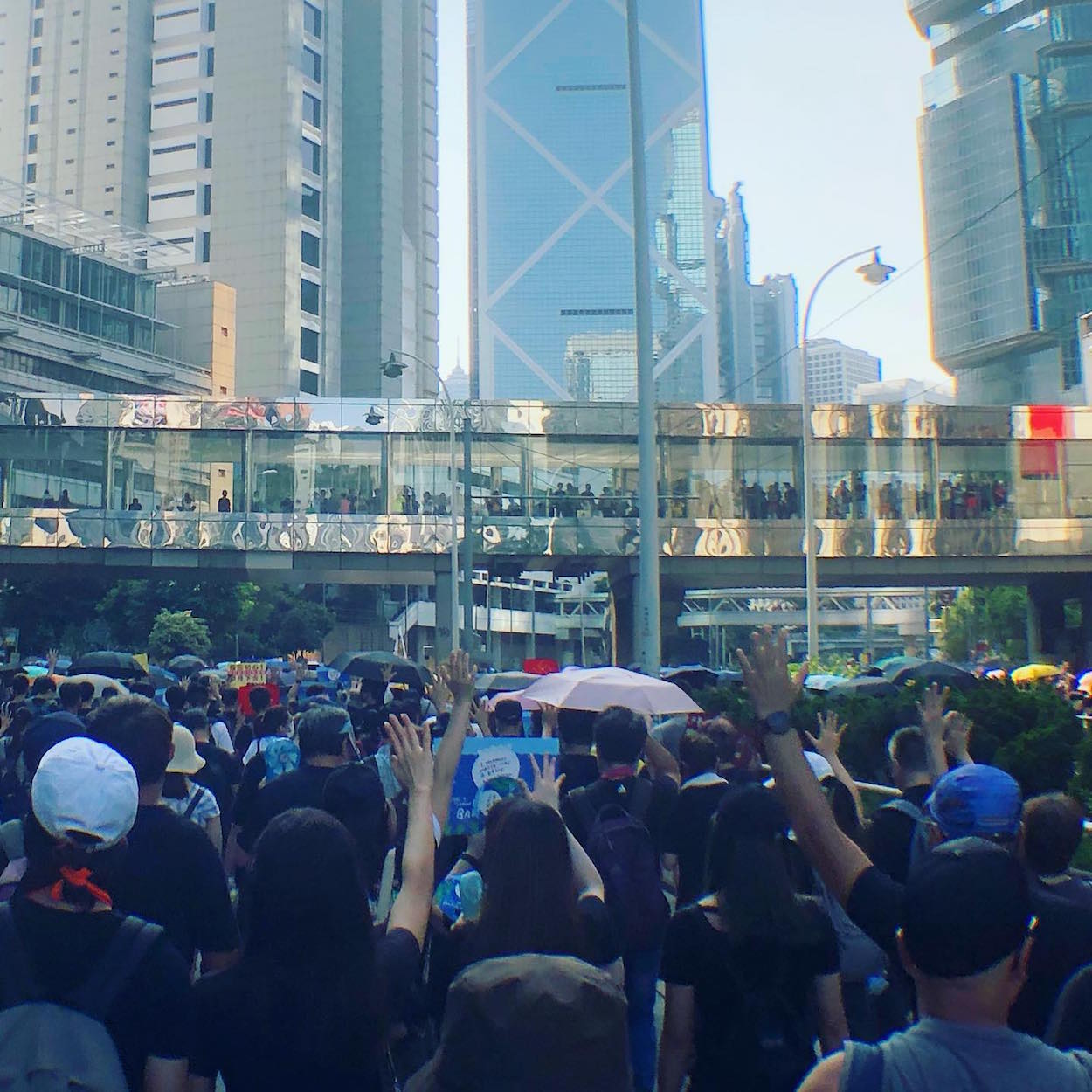 Police violence took place at the march, with use of tear gas and water cannons, a viral video of a young protester’s face being beaten bloody provoking particular outrage. Other enraging incidents included journalists and protesters being sprayed indiscriminately with blue liquid by police using water cannon trucks in order to mark them as having participated in demonstrations, the arrest of a student journalist bundled into a car by police with accusations of carrying a weapon, and the arrest of an individual for carrying a small knife for cutting mooncake which was claimed to be a weapon.

Most provoking of outrage, however, has been police actions in response to attacks on demonstrators by individuals who thought to be pro-Beijing triad members in North Point, many of which are thought to be Fujianese, and who were sometimes wielding knives. Police were seen interacting with triad members in a friendly manner, even lending them their police shields to hide their faces, or allowing them to use their phones or smoke after detaining them—whereas they would never treat pro-democracy demonstrators the same way. Police were also accused of favorable treatment of pro-Beijing demonstrators and unduly harsh actions against pro-democracy demonstrators during the Amoy Plaza clashes.

Indeed, the Hong Kong public’s distrust of the police seems to be at historically high levels. Apart from expressing outrage against the friendly treatment of triad members by police and arbitrary police actions against young people, members of the public continue to call on police to reveal the full truth of police actions in the Prince Edward MTR station, which include allegations that police actions have led to deaths. An increasing number of sexual assault cases by the police have also been reported. To this extent, a report by Next Media on Saturday states that police engineered slow responses to triad attacks in Yuen Long on July 21st, collaborating on-site testimonies at the time.

Some controversy has broken out due to a video clip of a man wearing blue, dressed as pro-Beijing demonstrators were during the weekend, being beaten by black-clad individuals, dressed as protesters usually are. However, before jumping to conclusions, one notes there is a possibility of infiltrators acting as agents provocateur—as would quite easy for protests in which all participants are masked—as well as that a number of similar attacks have taken place against pro-democracy demonstrators from both police and triads. There will inevitably be those, of course, who seem to believe that one incident of violence is discrediting of the movement as a whole, never mind that violence is overwhelmingly against pro-democracy demonstrators. 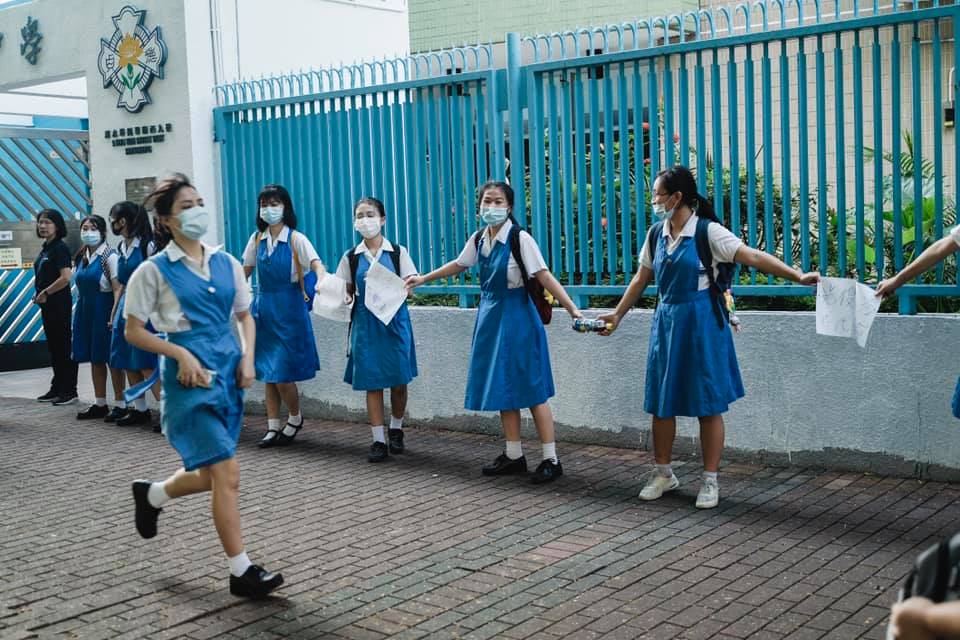 Demonstrations seem set to continue in Hong Kong, with no end in sight. Neither the Hong Kong government nor Beijing as yet offer any solutions to the political crisis. Interestingly, however, state-run media seems to be attempting to pin the blame for the demonstrations onto Hong Kong’s native oligarchs, such as Li Ka-Shing, Hong Kong’s richest man, who is thought to have tried to intercede to get Hong Kong political leaders to back down and previously published a cryptic ad in the front page of Hong Kong newspapers that some interpreted as condemnatory of the actions of the Hong Kong government. This occurs despite that after receiving censure from Beijing, Lee backed down from such comments.

Either way, as part of ongoing student strikes, fifteen student unions have announced that they will be striking again from October 1st to October 7th. Moreover, as Sunday’s demonstration proves, tens of thousands, possibly even hundreds of thousands, can and will mobilize despite officials bans by the police on demonstrating.