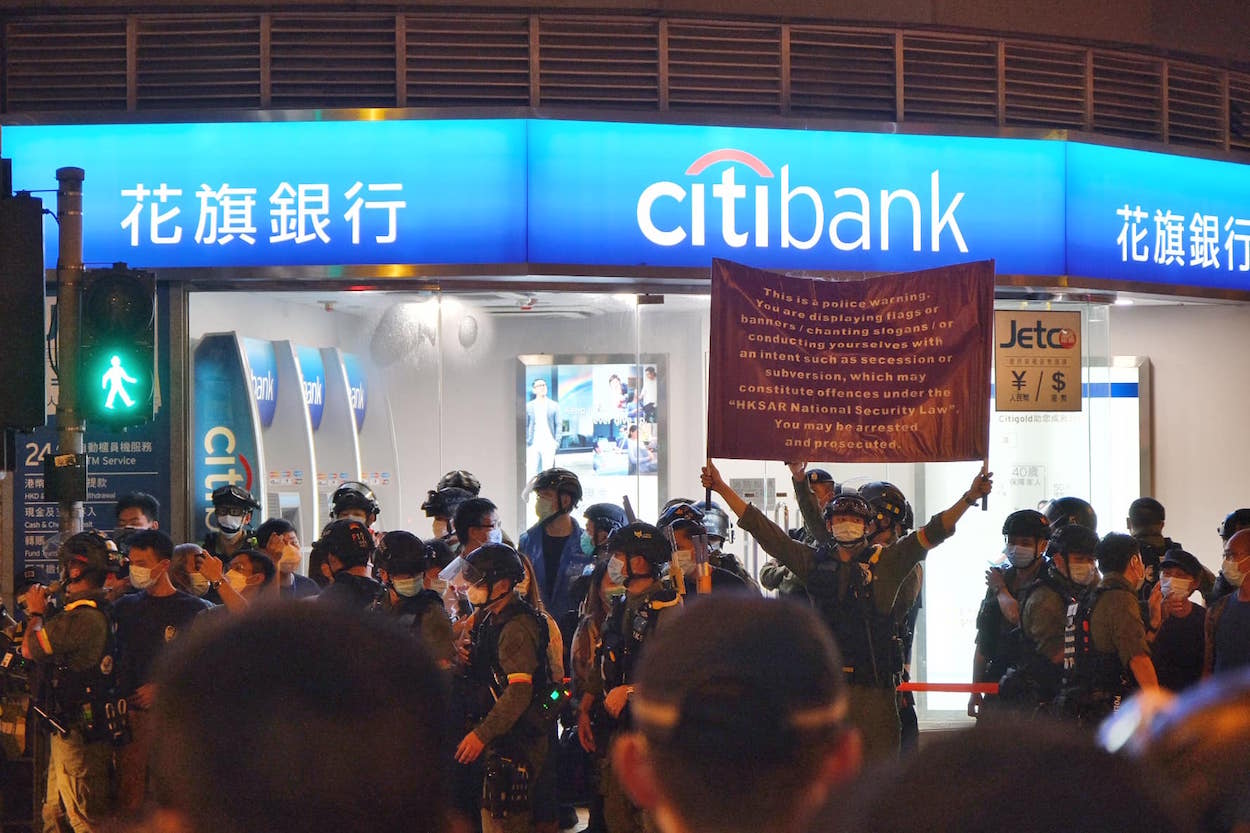 It was expected that clashes between demonstrators and police would take place yesterday night. Police arresting lawmakers Ted Hui and Lam Cheuk-ting earlier this week on charges linked to the July 21st Yuen Long attacks last year may have been timed for before the one-year anniversary of the Prince Edward attacks. Like the Prince Edward MTR attack, the Yuen Long attacks are among the events frequently commemorated by the demonstrations in Hong Kong, a movement that has proven to have a deeply reflective sense of its own history in terms of the memorialization of pivotal events.

Yet it has been noted that with these arrests, the Hong Kong police have taken to rewriting history altogether. The Yuen Long attacks involved assaults on demonstrators by organized crime elements, with police proving slow to respond to calls for assistance by some forty minutes and officers photographed interacting with gangsters in a friendly manner. However, the Hong Kong police now claim that Hui and Lam were also involved in violence, with a new framing of the attacks as having involved equivalent force between two sides.

The past month also saw the arrests of noted activist Agnes Chow, Apple Daily owner Jimmy Lai, a raid on the Apple Daily’s offices, pro-democracy lawmakers being disqualified from running for Legislative Council (LegCo) elections, and then the announcement that LegCo elections would be delayed for one year using the pretext of the COVID-19 pandemic. The offices of the Nikkei in Hong Kong were searched by police the same day as Chow’s arrest, due to a pro-democracy ad having been taken out in the paper. To this extent, former Bloomberg reporter Aaron McNicholas saw his visa to work for the Hong Kong Free Press denied, another indicator of the worsening press environment in Hong Kong.

In this sense, a political crackdown is broadly underway in Hong Kong. It is increasingly possible to be arrested in Hong Kong on the basis of spurious charges—last Friday, a man was sentenced to five and half months in jail for possessing cable ties, which police claimed indicated that the man intended to use them to construct barriers for use in demonstrations. Indeed, in anticipation of protest today, police conducted searches of individuals in the MOKO Mall and around Langham Place in the past few days—including searching a mother and her two young children in the MOKO Mall—as well as confiscated flowers left outside of the Prince Edward MTR.

Flowers continued to be left outside of the Prince Edward MTR yesterday in large numbers in the afternoon. A district councilor in the area began gathering the flowers in the evening, collecting over a dozen boxes. 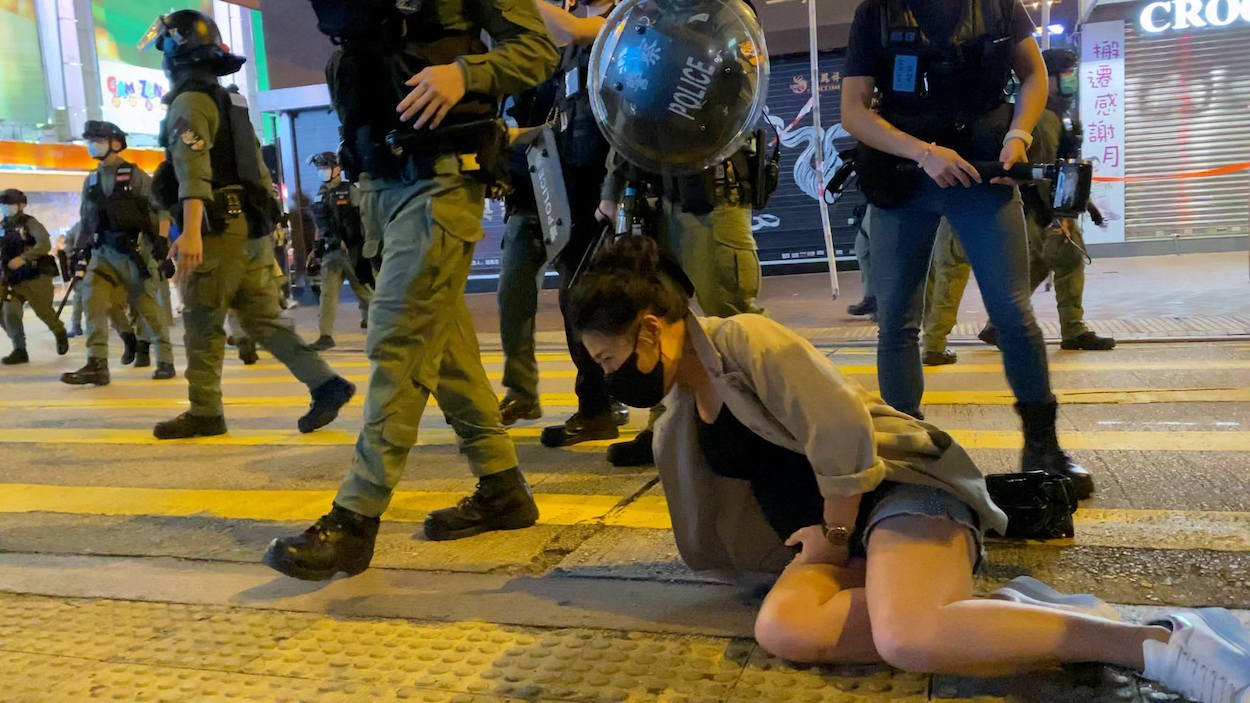 Clashes eventually broke out by nightfall around Prince Edward and Mong Kok, with police beating protesters with batons, and pepper-spraying demonstrators. Particularly enraging of the public were incidents in which police were photographed pepper-spraying a pregnant woman and violently subduing her husband, as well as forcibly arresting an elderly woman.

In the meantime, actions by the Hong Kong police intended to cut off possible routes of escape for Hongkongers continue. During the early morning hours of last Friday, news broke that a dozen Hongkongers attempting to flee to Taiwan by speed boat had been arrested after being intercepted by the Chinese coast guard. Reports indicate that routes previously used by Hongkongers to escape to Taiwan are now cut off by the Chinese coast guard. Hong Kong police have attempted to label those that were caught as violent extremists, including claiming that among the arrested were individuals that had been implicated in an explosives plot.

Solidarity rallies took place across the world yesterday to commemorate the Prince Edward attacks, including rallies in Taipei and Taichung, Taiwan’s two most populated cities. At the same time, it is to be noted that the Hong Kong government seems to have placed increased priority as of late on targeting overseas groups, and attempting to interfere with connections between groups in Hong Kong and overseas groups. The situation continues to prove highly dangerous for activists in Hong Kong, then.