Police Brutality Against Migrant Workers Largely Unremarked Upon In Taiwan

POLICE BRUTALITY against southeast Asian migrants continues to go unremarked upon in Taiwan. This can be observed in two recent incidents.

The first incident involves the death of runaway Vietnamese migrant worker Hoang Van Doan, who was found dead on April 19th in Chiayi. In particular, Hoang was found dead while wearing police regulation handcuffs, leading Hoang’s siblings to believe that he was killed by police.

Hoang originally worked in the fishing industry in the New Taipei City port of Yehliu. However, due to the harsh conditions of his workplace, Hoang fled his employment to work on farms in Nantou and Chiayi. 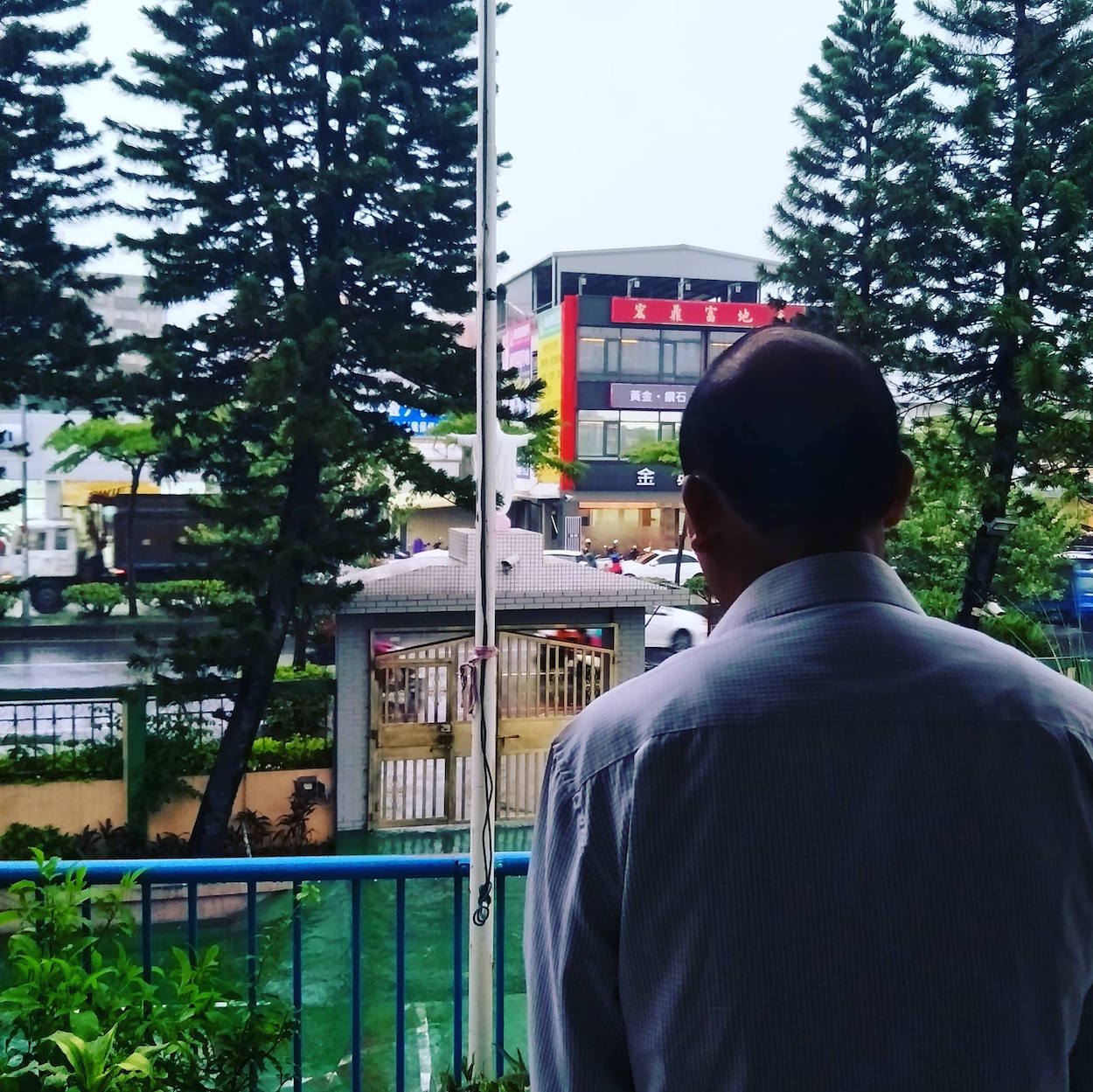 That Hoang would flee from the migrant fishing industry would not be too surprising, seeing as that migrant fishermen spend long weeks or even months on the high seas leads to a work environment with little oversight, in which some workers are literally treated as slaves, or may even be murdered by their employers and their bodies thrown overboard. Likewise, the migrant fishing industry proves highly exploitative, with employers deducting a large number of expenses from their employees.

Nonetheless, according to Hoang’s siblings, despite entirely understandable reasons for Hoang to flee his employment, Hoang would be treated as a violent criminal by police. Hoang reportedly died of brain trauma. Hoang’s body was found after he had fled from police raids on the farm he worked on, it is thought that Hoang may have died from being hit in the head by a net fired at him by police.

More broadly, it is the case that southeast Asian migrant workers in Taiwan have sometimes have little recourse but to flee abusive work conditions by becoming “runaway workers”. However, this leaves them vulnerable to deportation, arrest, and repressive actions from police that treat them as violent criminals rather than individuals fleeing abusive conditions.

Yet even if this was an accident, one observes a broader pattern of disproportionate police violence against migrant workers. Another incident which would see much outrage in the past week would be a video which circulated on social media showing Zhongli police arresting alleged Indonesian runaway workers. The video appears to have originally been posted by a Vietnamese man living in Taiwan, leading to the mistaken perception that these were Vietnamese migrant workers.

The video in question

The video subsequently went viral, racking up over 2,007,000 views and over 5,400 shares. The video shows two Zhongli police officers, one male and one female, arresting two Indonesian runaway workers, both women. Despite little to no resistance from the two Indonesian women, police drag the women away through chokeholds. The text description states that three migrant workers were arrested overall, but the video only shows two arrests.

Indeed, there is a larger pattern of behavior by which Taiwanese police take severe measures against non-ethnically Han suspects without much public reaction, whereas if they carried out such actions against Han Taiwanese, there would almost certainly be large controversy.

One prominent example would be the shooting death of a migrant worker that reportedly attempted to steal a car and attack police officers with rocks in September 2017. On the other hand, Taiwanese police notably treat Han suspects with far laxer measures, as observed in that police did not shoot and kill a Han man that attacked Presidential Office guards with a Japanese katana with the hopes of assassinating President Tsai Ing-Wen in October 2017.

Taiwanese police, who are usually Han, have also been observed to treat non-Han Taiwanese differently in their political practices. For example, Taiwanese police have been observed to take disproportionate measures against protests by Taiwanese indigenous, mobilizing far greater numbers of police for indigenous demonstrations than they would for protests of a similar size by ethnic Han. The amount of police mobilized against indigenous demonstrators calling for the return of traditional territories in 2017 saw police outnumbering indigenous demonstrators by three or four to one in some cases and using an unusual amount of force, when for other protests, oftentimes police would not mobilize more officers than protesters—even in cases when protesters had directly used violence against police, such as in the case of the anti-pension reform demonstrators known as the “800 Heroes”. This points to a broader issue that Taiwanese police take more severe measures against those who look different to themselves. 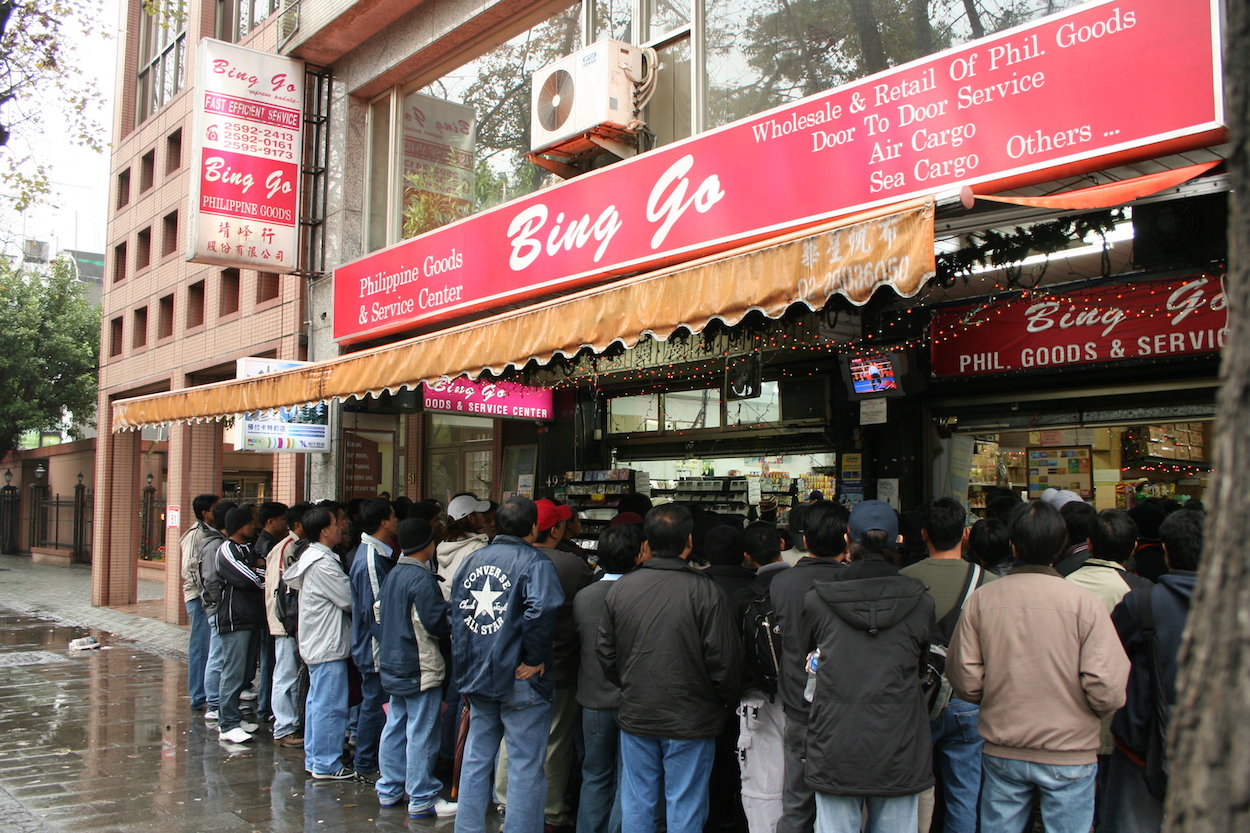 Migrant workers from the Philippines gathered outside a Filipino goods store in Taipei. Photo credit: Atinncnu/WikiCommons/CC

Racial discrimination, then, would be a key factor in the behavior of Taiwanese police, whether in the case of Taiwanese indigenous or southeast Asians. While Taiwanese police have in recent times attempted to present an image of being friendly towards southeast Asian residents of Taiwan, as observed in a recent video released by Yuanlin police of a police officer reciting safety regulations in Indonesian, the actual behavior of police towards non-ethnic Han in Taiwan remains reprehensible.

More broadly, such issues are rooted in social attitudes highly prejudiced towards southeast Asian in Taiwanese society. This can be observed in that some families feel they can work their domestic workers without any rest, as though these workers were not human, that factory owners work their migrant workers under highly exploitative conditions, and migrant fishermen can even be killed by their employers with little legal recourse. But in the absence of widespread social outrage, one generally does not expect this to change anytime soon.