The first, which is more widely known, involves the shooting death of 27-year-old Vietnamese migrant worker Nguyen Quoc Phi, which took place on August 31st. Although the incident had previously caused controversy due to the view that many Taiwanese civil society groups took that excessive police had been used in shooting Nguyen to death, Nguyen having been shot nine times after police reportedly discovered him attempting to break into a car and attempting to attack police officers with rocks.

Nguyen, previously a factory worker, been a “runaway worker” that lived off the grid for three years in order to avoid stiff broker fees to the employment brokers who had arranged for Nguyen’s employment in Taiwan. Nguyen’s relatives have raised that the circumstances of his death are suspicious, given that police footage has not emerged of the shooting, if it exists, and that, while Nguyen stands accused of to steal a car, Nguyen was unable to drive. Police and emergency workers, however, have defended themselves by claiming that Nguyen presented a clear threat to them that required a forceful response. 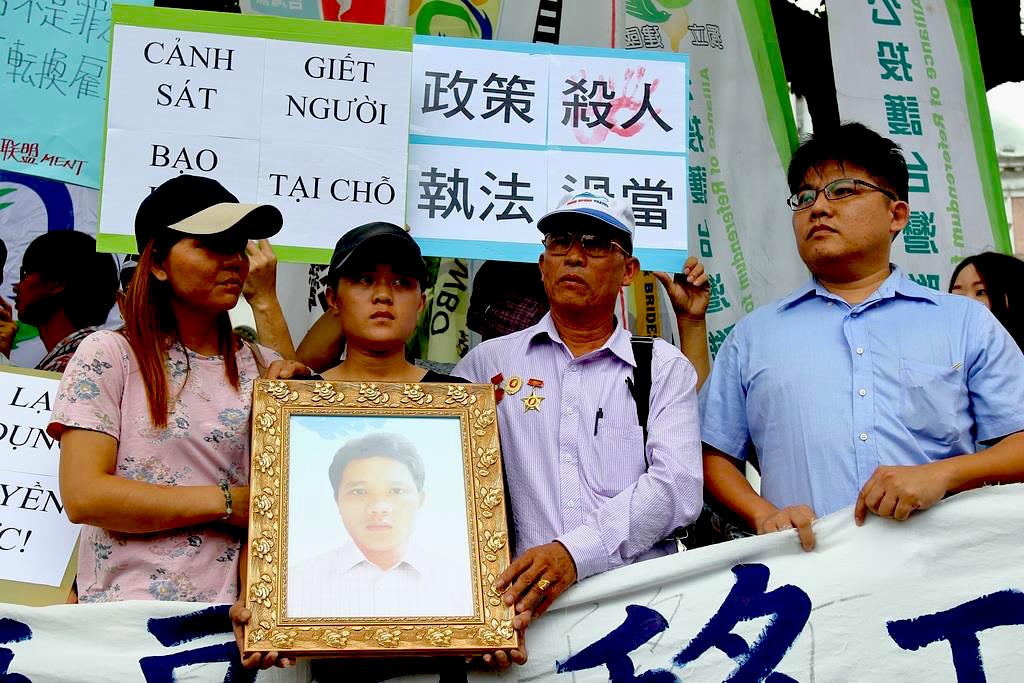 Indeed, there have been past cases in which Taiwanese police officers doctored or destroyed video footage of their actions in order to avoid prosecution. But further inflaming outrage, in the past week, footage has emerged of Taiwanese paramedics not offering Nguyen any aid after he had been shot, instead attending to a Taiwanese government worker who had been injured while attempting restrain Nguyen.

The second incident, which has been lesser discussed as a more recent news item and one which has to date primarily reported on by Indonesian media, involves the discovery that a group of Indonesian fishermen had been “kept like slaves” by their employers in Kaohsiung, in southern Taiwan. This group of Indonesian fishermen had been paid between 300 and 500 USD monthly for working 48 hour weeks, well below the 930 USD minimum wage they should have been paid as a minimum wage and well over the 40 hour workweek that is legally stipulated by law, and were not allowed to leave small, windowless rooms that they were kept in.

19 arrests have been made in connection to the case and authorities later raided other sites, in which migrant workers from Indonesia, the Philippines, Tanzania and Vietnam. Incidents of migrant fishermen kept in slave-like conditions on the high seas, or even an incident last year of an Indonesian fishermen whose body was disposed of at sea after he was beaten to death by his employer while aboard his employer’s vessel.

With regards to the shooting death of Nguyen and the refusal of emergency workers to aid him, one is reminded, perhaps, of similar incidents regarding racialized policing in other parts of the world involving individuals of Asian descent, such as the Peter Liang case in America, in which an Asian-American rookie cop shot 28-year-old Akai Gurley and did not offer him aid after he was shot. Racism evidently operates at multiple levels in Taiwan if it is not only police that use overwhelming force against a southeast Asian worker but emergency workers did not aid him. Unsurprisingly, in America or other parts of the world with issues of racialized policing, police have at times taken steps to hide their own wrongdoing by doctoring or refusing to release footage, even when body camera or patrol vehicles may have in-car cameras, and justified their actions as legitimate self-defense. 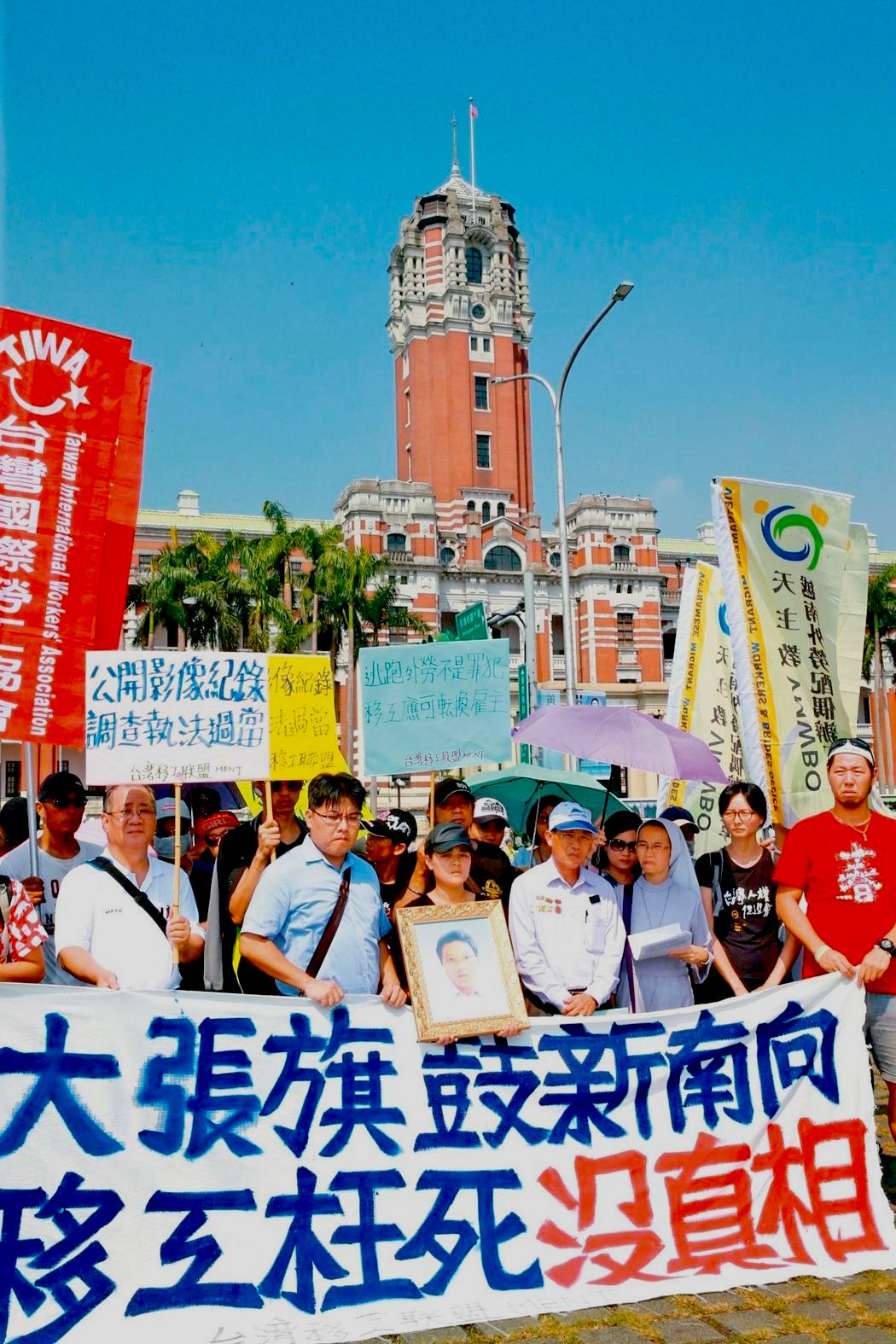 Yet with regards to the labor issues at hand concerning both “runaway workers” such as Nguyen and Indonesian fishermen kept in slave-like conditions, this only goes to illustrate how migrant workers in Taiwan continue to face poor labor conditions and racial discrimination, despite the large size of the migrant worker population in Taiwan. For a country with a population of approximately 23 million, more than 160,000 migrant fishermen work in Taiwan and migrant workers overall number over 587,000, statistics showing that most migrant workers are domestic workers but that a large number are also employed as factory workers.

Indeed, the large social impact of migrant workers can be seen in that statistics show that one out every ten Taiwanese child in elementary and middle school has a foreign-born mother. But despite the Tsai administration playing up these demographic shifts in Taiwan as a result of the large migrant worker population as a means to distinguish Taiwan from China and touting its “New Southbound Policy” as a means to wean Taiwan off of economic dependence on China by building stronger ties with southeast Asian countries, something it is hoped will also cement stronger political ties between these countries in order to counter the threat of China. But disappointingly little action has been taken to better the situation of migrant workers in Taiwan, probably doing little for Taiwan’s reputation in southeast Asia, and more importantly, evidencing a significant degree of hypocrisy.

Despite longstanding efforts by Taiwanese civil society groups as the Taiwan International Worker’s Association (TIWA) and migrant workers’ groups to change hiring laws in Taiwan in order that migrant workers are not at left at the mercy of the stiff fees imposed by employment brokers having forced some amount of change, the Taiwanese government’s legal reforms still do not completely get rid of employment brokers, citing that a market need for employment brokers is what justifies their existence. Likewise, citizenship laws for migrant mothers leave them at the mercy of their spouses in cases of domestic abuse or can otherwise trap them in in legal limbo regarding citizenship or regarding visitation rights for their children. Moreover, in terms of foreign policy, the Tsai administration has refused to take action regarding the wrongdoings of Taiwanese companies in southeast Asia, such as the Formosa Plastics disaster in Vietnam, in which the actions of a Taiwanese company led to the largest ecological disaster in Vietnamese history.

So much for building better ties with southeast Asian countries, then. But there may be a broader tendency regarding treatment of migrant workers, usually southeast Asian, in East Asian countries. Similarly poor conditions and inhumane treatment facing migrant workers in Hong Kong, as seen in the fact that statistics show a large number of migrant workers sleep in toilets, store rooms, balconies, and toilets. Likewise, a recent survey in South Korea found that two-third of female migrant workers live in makeshift housing, such as container boxes or greenhouses, that three-fourths only have two days off per month, and most are made to work fifty hour weeks. Migrant workers in China are increasingly filling in the gaps of the Chinese labor force, working in dangerous conditions in factories for low pay, at high risk of injury. As for Japan, Japan originally did not have a large migrant worker population due to ingrained social xenophobia, and is only recently opening up to migrant workers at last out of sheer need given the growing elderly population and declining birthrate in Japan. 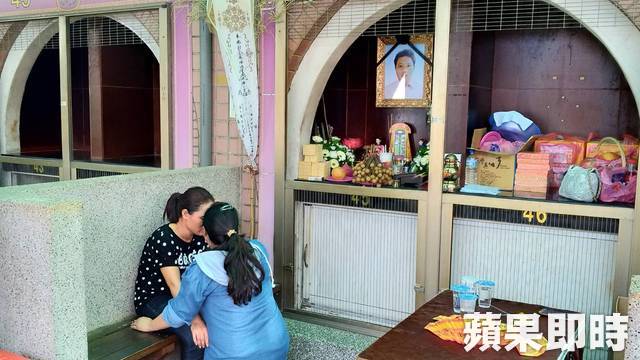 As social commentator on labor issues Lin Liqing pointed out incisively on Facebook in an essay, unfortunately, many social responses to Nguyen Quoc Phi’s have been in fact nationalistic in nature, seeking to defend Taiwan from the charge of wrongdoing. This is sometimes through what is outright nationalism in dismissing social problems which confront foreigners and not Taiwanese, but have more often taken the form of attempts to cast doubt on media reports regarding the killing in order to avoid confronting the issue, appeals to the authority and moral sanctity of Taiwanese police. Or claiming that issues of Taiwanese laborers should come first before foreign labor, or claiming that emphasis on the labor conditions faced by foreign laborers in Taiwan distract from the broader questions of Taiwan’s international marginalization in the international community. Still others would claim that foreign workers in Taiwan make more than in their home countries so as to justify their exploitation in Taiwan, claim that they might have been killed by police in their home countries anyway, such as in the case of migrant workers from the Philippines, or even attempt to turn the Formosa Plastics disaster in Vietnam on its head by attempting to claim that this is a case of Vietnamese bullying Taiwan as though the killing of Nguyen in Taiwan, then, is apparently just retribution.

At the very least, individuals such as members of TIWA and activist lawyer Handy Chiu of the New Power Party, who has offered his services to Nguyen’s family and accompanied the Nguyen family through the process of issuing a death certificate and bringing Nguyen’s ashes back to Vietnam, have come to the aid of Nguyen’s family and sought to use the incident to call for broader reform. But overall, whether in Taiwan or in other East Asian countries, the road to bettering conditions for migrant workers will probably be a long one. This may ultimately require a fundamental shift in social values.