CONTROVERSY REGARDING the Ministry of Education’s decision to block the appointment of Kuan Chung-Ming as president of National Taiwan University (NTU) continues, with demonstrations taking place on the NTU campus yesterday. However, as a result, surreal scenes broke out on campus, becoming widely discussed among civil society activists on social media.

Kuan, the former minister of the Council for Economic Planning and Development and National Development Council under Ma Ying-Jeou from 2013 to 2015 and a professor of finance at NTU, has come under fire for a series of successive scandals. The first scandal revolved around accusations that Kuan had plagiarized a students’ paper, the same cause for the resignation of Kuan’s predecessor Yang Pan-chyr. 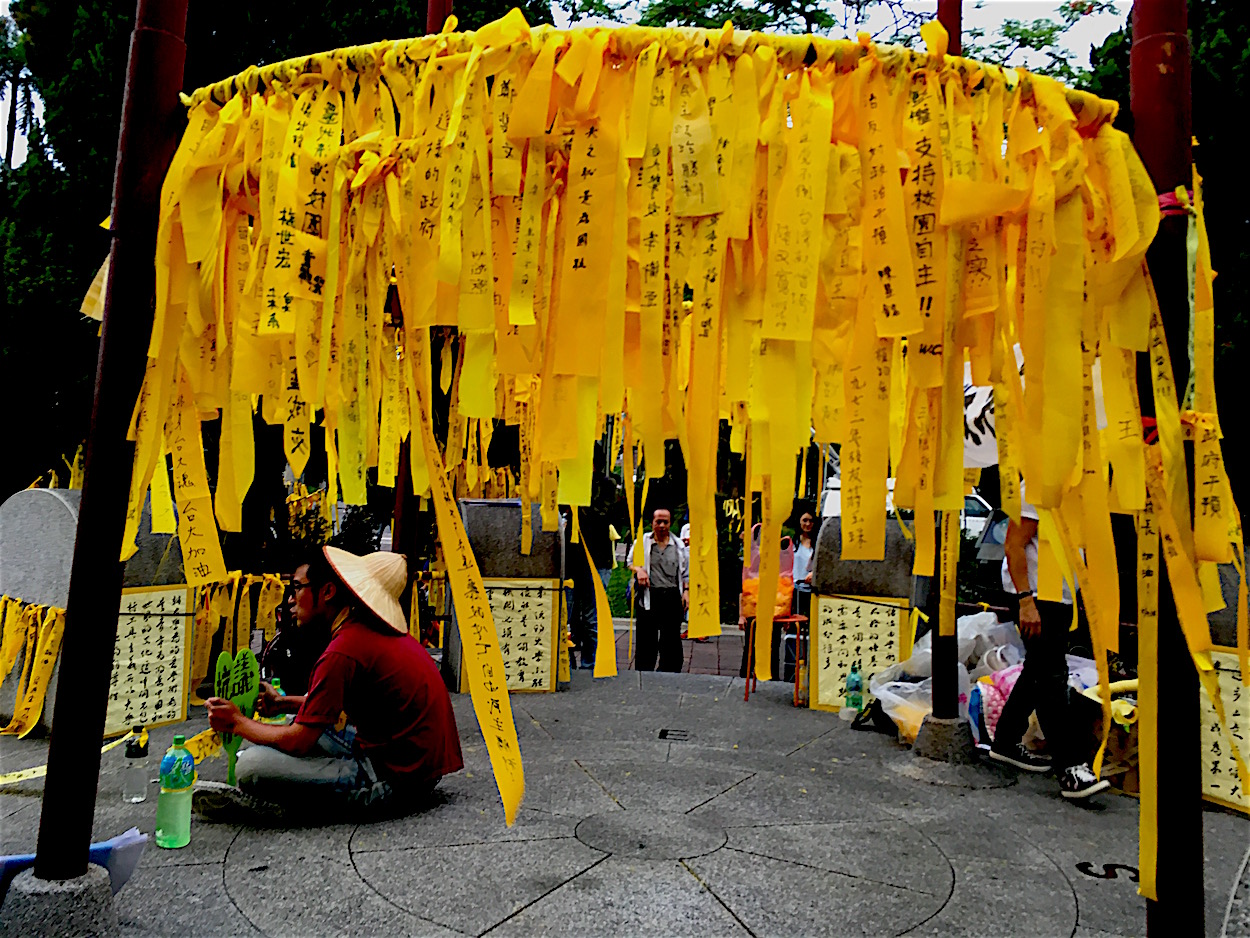 The second scandal was the revelation of the fact that Kuan served on the board of Taiwan Mobile at the same time as Richard Tsai, a member of the selection committee for choosing NTU’s next president, suggesting a potential conflict of interest. The third scandal was it coming to light that a number of Chinese universities listed Kuan as faculty, suggesting that Kuan had taken up teaching roles in China when government ministers with access to classified data such as Kuan are restricted from leaving Taiwan without government approval for three years— although such universities may have listed Kuan as staff falsely in order to bolster their academic credentials, a practice not unseen among Chinese and Taiwanese universities.

After much back-and-forth with the Ministry of Education, eventually leading to the resignation of Minister of Education Pan Wen-chung after months of an unclear stance as to whether the Ministry of Education would block Kuan’s appointment, under newly appointed Minister of Education Wu Maw-Kuen, it was decided that Kuan would not be allowed to take up a role as president of NTU. NTU is widely seen as Taiwan’s most prestigious university and so it is a sensitive political matter for such a scandal to affect the academic credibility of Taiwan’s most prestigious university. Likely to minimize controversy, the Ministry of Education justified Kuan’s removal primarily on the conflict of interest from being a member of Taiwan Mobile’s board rather than on the basis of Kuan teaching in China or plagiarism accusations, and claiming that the election process was flawed in being more a “selection” than an “election”.

However, this has led to accusations from Kuan’s allies in the KMT that the DPP is carrying out the political persecution of its opponents, in line with KMT reactions against the DPP’s investigation of the KMT’s party assets dating back to the authoritarian period and efforts at transitional justice for the White Terror committed by the KMT.

Others have claimed that the DPP is violating principles of university autonomy, asserted by universities as a way to defend academic and political freedoms, going back to the authoritarian period, in which universities sometimes were among the relatively open spaces available for discussion of political ideas during Taiwan’s long years under martial law. NTU administrators and professors have also expressed regret over the decision by the Ministry of Education, although some NTU professors were also critical that a group of NTU administrators and professors claimed to represent all NTU staff in condemning the Ministry of Education’s decisions when some may have supported it.

Certainly, such criticisms are not invalid from NTU students. The NTU Student Association has been critical of the Ministry of Education’s actions, for example. On the other hand, pan-Blue political actors have seized upon the case as a way to attack the DPP, claiming that the DPP is “politicizing” the campus.

The afternoon rally was high-profile enough that it would draw former president Ma Ying-Jeou, among other notable KMT politicians. It would subsequently be followed by a rally at night, which drew hundreds.

As the May 4th movement took place among intellectuals and students in Republican era China to call for political reform and the May 4th movement is a significant event in the formation of modern China, in a Taiwanese context, such calls are read as indicative of Chinese nationalism given that the May 4th movement in China does not have direct relation with Taiwanese history. Such calls appear to have begun in academic departments which lean pan-Blue at NTU, as reflective of the political splits between pan-Green and pan-Blue in numerous university departments in Taiwan, some academic departments historically slant towards pan-Blue and others towards pan-Green.

The ringing of the Fu Bell was of further symbolic resonance, seeing as former university president Fu Sinian for whom the bell is named was a participant in the May 4th movement that later came to Taiwan in the wake of the Chinese Civil War, becoming president of NTU. Fu continues to be heroized today for asserting the principle of university autonomy in order to try and defend NTU students during the 228 Massacre. 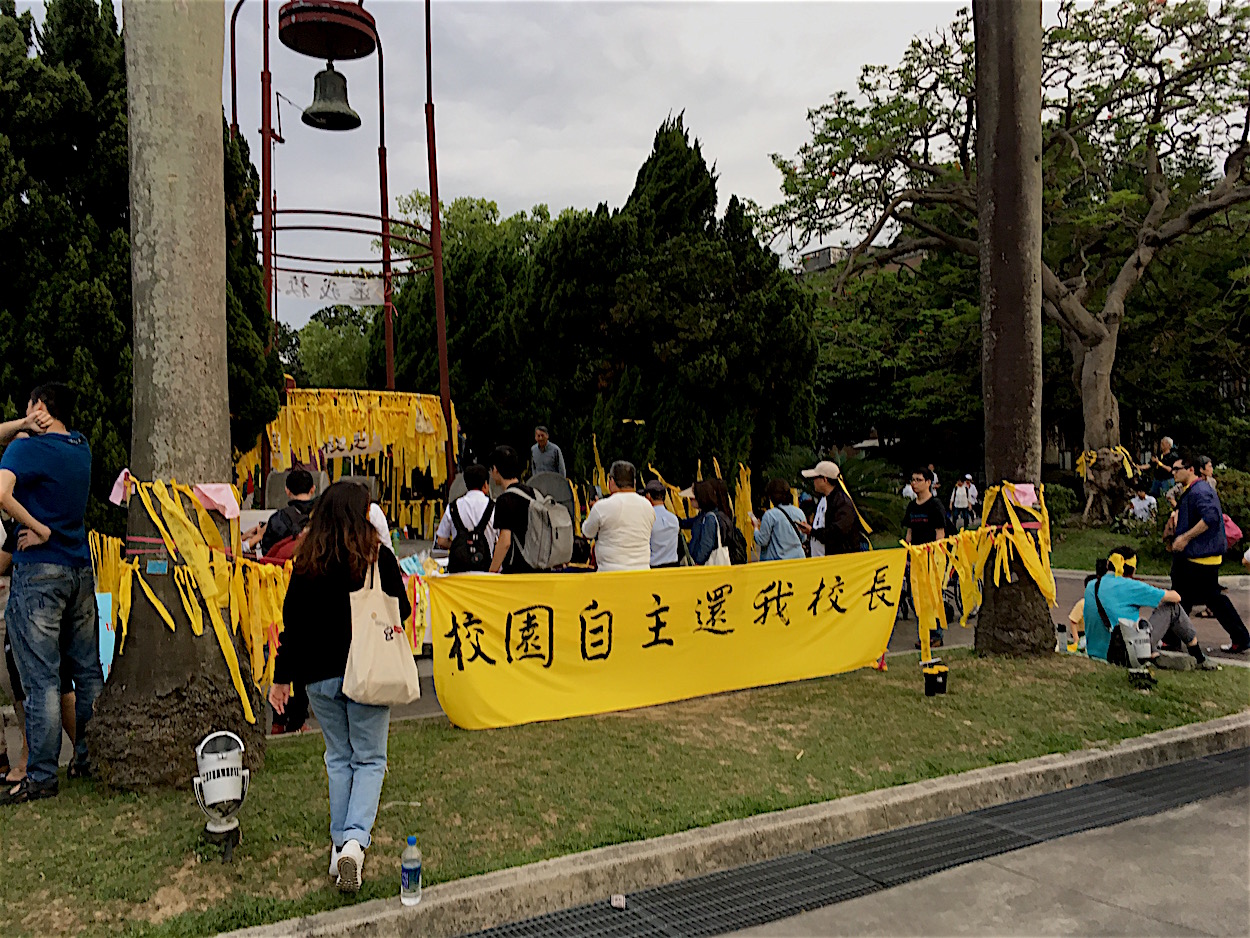 Indeed, regarding the ringing of the Fu Bell, it may be quite ironic for KMT members to invoke the history of attempts to defend NTU students precisely from political persecution carried out at the hands of the KMT while claiming the DPP of such behavior.

However, what many would criticize about the demonstrations is that it was quite clear, particularly in the afternoon rally, that the majority of participants were not NTU students but were elderly or middle-aged KMT supporters open about their KMT membership, including members of the anti-pension reform group, the “800 Heroes”, which has proven violent against independence supporters in the past. When NTU students supportive of Kuan’s removal went to argue with Kuan supporters, this led to the bizarre scene of a Kuan supporter shouting “Students! Get out of the campus!” and then NTU students being removed from part of their own campus, leading to outrage.

Criticisms were also made of KMT politicians for claiming that the DPP was politicizing the issue of academic freedom when they were doing precisely that. Accusations have also been made that members of the KMT have gone out of their way to overinflate the amount of support they have on campus, by individual members of student groups or departments supportive of Kuan claiming to represent the views of student groups or departments as a whole. Likewise, some were also critical of that NTU purportedly allowed the banners pro-Kuan supporters to remain on campus, while removing banners critical of Kuan. As a result, some NTU professors have made open that they do not agree with the actions of the university, claiming that it is the university which is in fact violating the autonomy of students and has failed to protect their free speech, as observed in verbal conflicts with Kuan supporters on campus and the banner removals.

Very probably, groups which may have more valid claims to defending university autonomy as a matter of principle at NTU have long since been drowned out by that the matter of Kuan’s controversy has become a matter of political contestation between the pan-Blue and pan-Green political camps. Kuan himself does not seem to hope to drop the matter anytime soon, as observed in that Kuan and supporters have announced plans to sue the government for their actions. 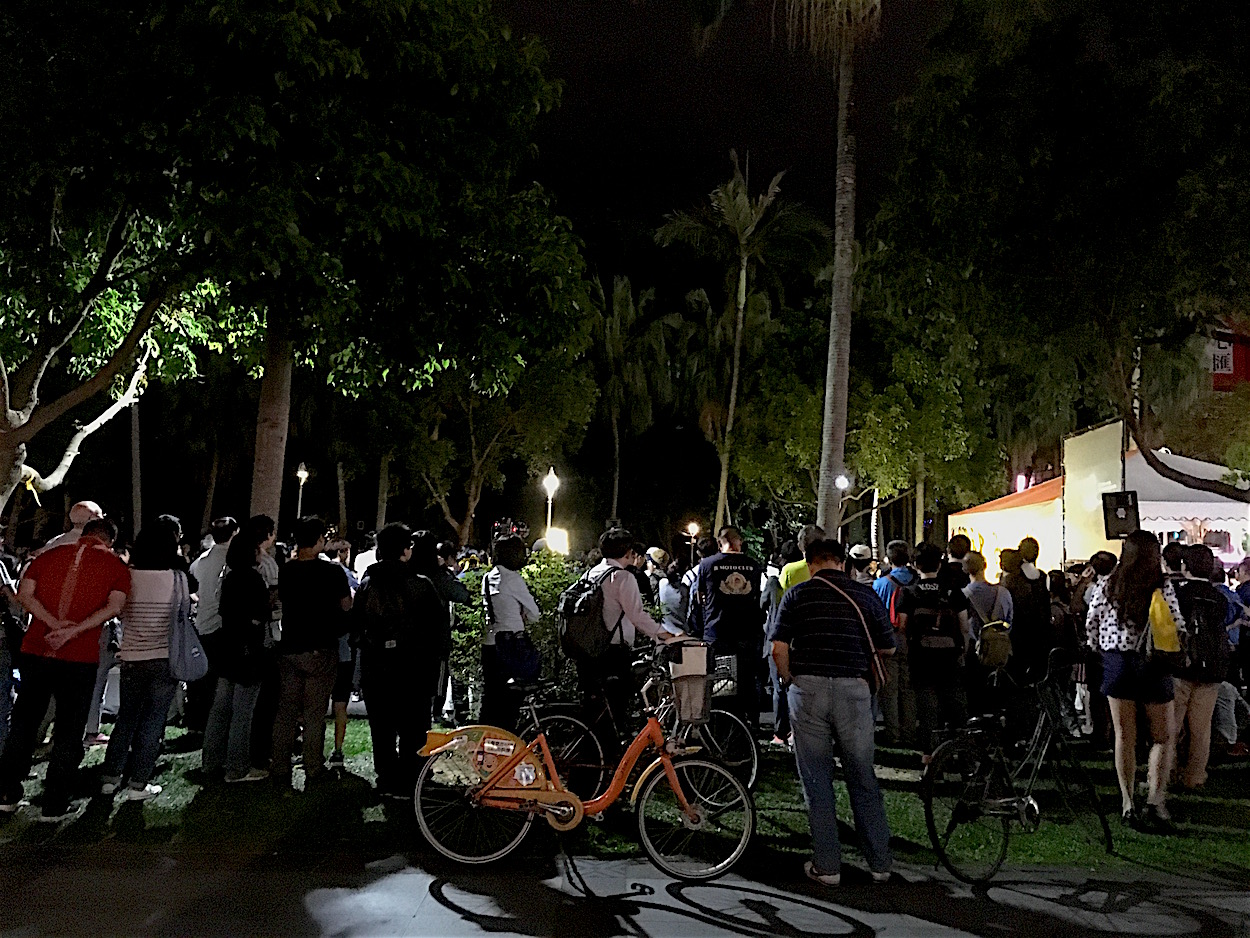 It may be in Kuan’s political interest to prolong the controversy in order to build himself up as a public figure; for example, following the recent pattern of other pan-Blue actors leveraging on accusations of political persecution to build political capital for campaign runs observed in New Party members under investigation announcing plans to run for Taipei city council, some in the KMT have even suggested that he run as the KMT’s candidate for mayor of Taipei instead of Ting Shou-Chung.

And so, even if it has been decided that Kuan will not be NTU’s next president, controversy regarding his appointment continues. So far, public intellectuals such as noted academic Chen Fang-Ming have suggested solutions such as allowing for more transparent and democratic elections in the future, but it seems unlikely that such suggestions will be taken up given the politicization of the issue. However, even if this controversy probably will not go away anytime soon, it remains to be seen whether this will be an issue that has traction outside of NTU or not.