Why Did Demonstrations Against Labor Law Changes Not Become Another Sunflower Movement?

To begin with, the two key forces within demonstrations against changes to the Labor Standards Act were probably the New Power Party, which was formed out of the mainstream leadership within the Legislative Yuan during the Sunflower Movement, as well as labor groups, which included several key members of the overtly left-wing “Untouchables’ Liberation Area” (賤民解放區) splinter group during the Sunflower Movement. While there is bad blood between both groups going back to the Sunflower Movement, due to disagreements on tactics during the movement, and views that the leadership within the Legislative Yuan was lacking transparency in its decision-making process or otherwise hoarded the public spotlight. But, behind the scenes, the members of the publicly center-left New Power Party often share similar, surprisingly left-wing sympathies with labor organizers, even when they sometimes do not always reveal this for fear of alienating the public. 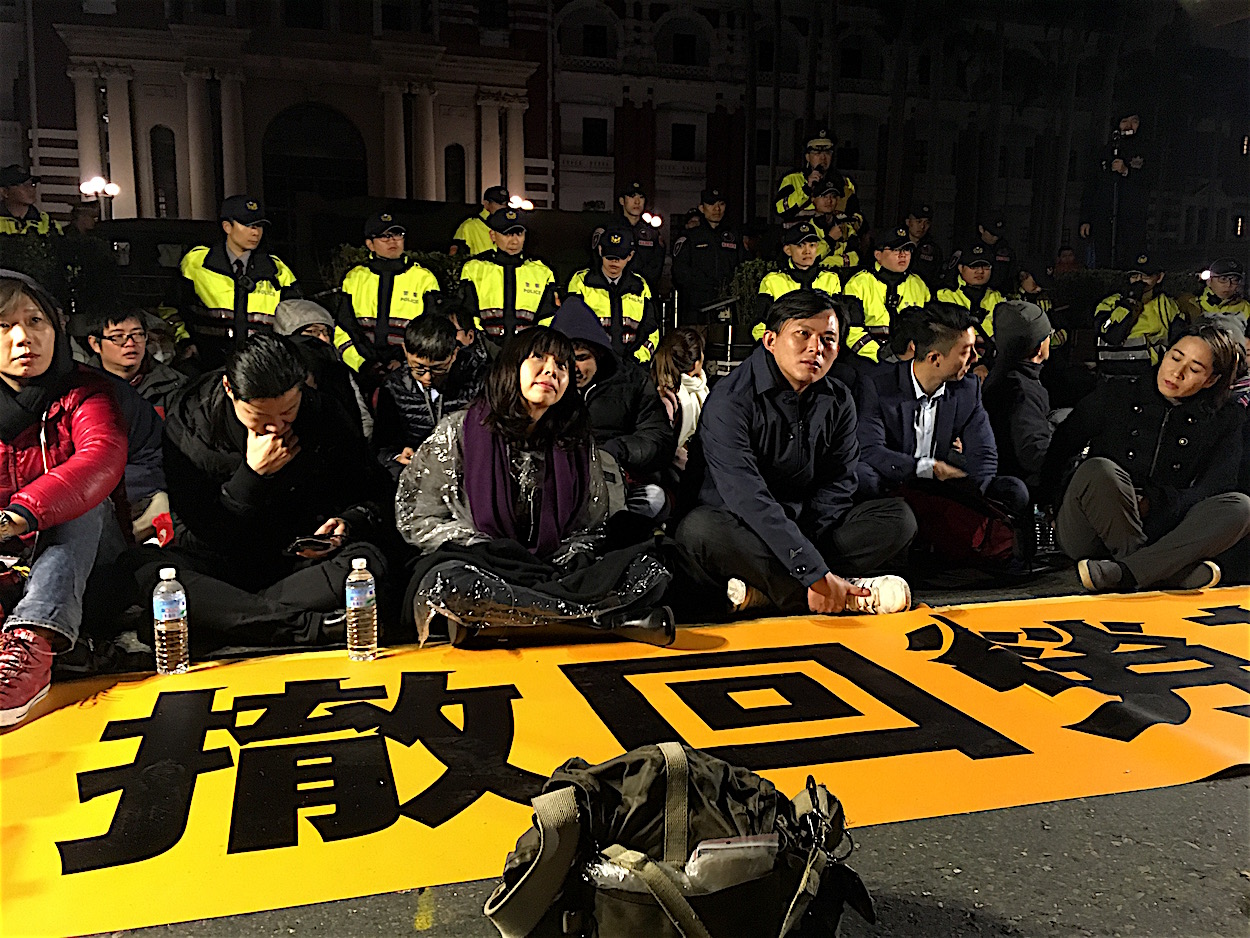 Members of the New Power Party on hunger strike in front of the Presidential Office Building. Photo credit: Brian Hioe

As with during the Sunflower Movement, it may have been the individuals behind the New Power Party which became the public face for demonstrations against the Labor Standards Act, even when labor groups had been demonstrating regarding the issue longer. One generally notices a similarity in tactics adopted by the New Power Party and tactics adopted by leadership within the Legislative Yuan. For example, it may have seemed an irrational move for the New Power Party to position itself within the enormous police barricade set up for a half kilometer in any direction around the Presidential Office, cut off from the outside world. However, the New Power Party seemed to be trying to replicate the situation during the Sunflower Movement in which the precise fact that occupiers within the Legislative Yuan were surrounded by police at all times, behind numerous police barriers, and cut off from the occupation encampment outside the Legislative Yuan except through certain channels served to draw a great deal of public sympathy.

Similarly, the New Power Party seemed to adopt a similar strategy as that adopted during the Sunflower Movement in leveraging on the political split between President Ma Ying-Jeou and majority speaker Wang Jinpyng, in hoping that Wang would break from Ma and negotiate with the students. In this case, the New Power Party’s rhetoric acted in some ways as though it hoped to provoke a split between Premier William Lai and President Tsai Ing-wen. In this, the New Power Party probably knew that the directives for the labor policy changes came from Tsai, as Lai’s boss, but was hoping that Tsai would decide to throw Lai under the bus in retracting the policy, never mind that this was Lai’s first major policy change since taking premier—it is speculated that Tsai may have forced Lai to take the blame for passing an unpopular labor policy to remove a political rival, for example. And so the New Power Party in many ways rhetorically acted as though there was such a split between Tsai and Lai. 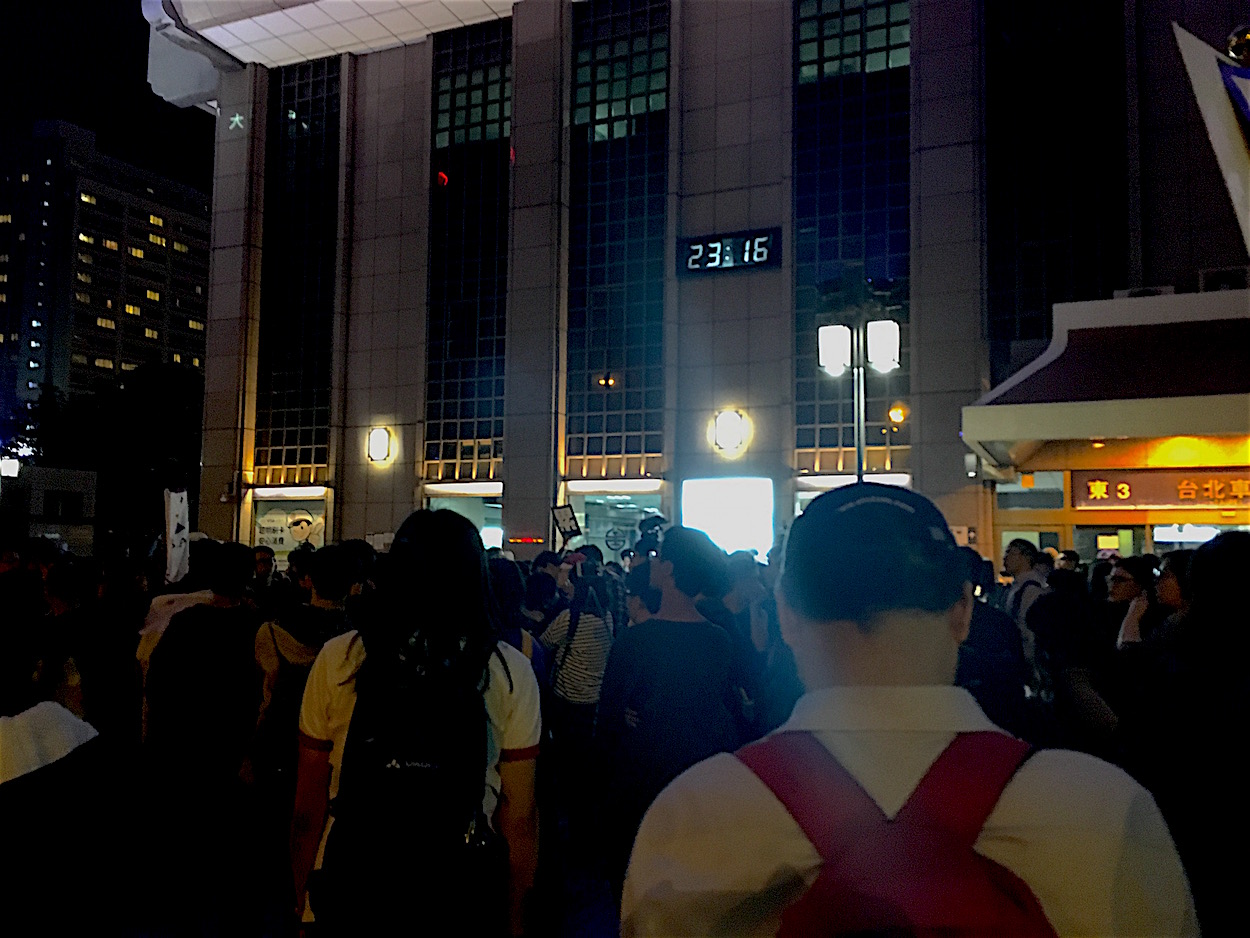 Moreover, the failure of a large-scale social movement to break out cannot also be attributed to insufficient numbers by activists, seeing as some demonstrations were as large as 30,000. Likewise, during critical moments of protest, several hundred to a thousand activists present, and if this seems a small number, this was not actually much more individuals present outside the Legislative Yuan on the night that the Sunflower Movement occupation of the Legislative Yuan broke out, if the movement later grew to as much as 500,000 individuals taking the streets of Taipei. 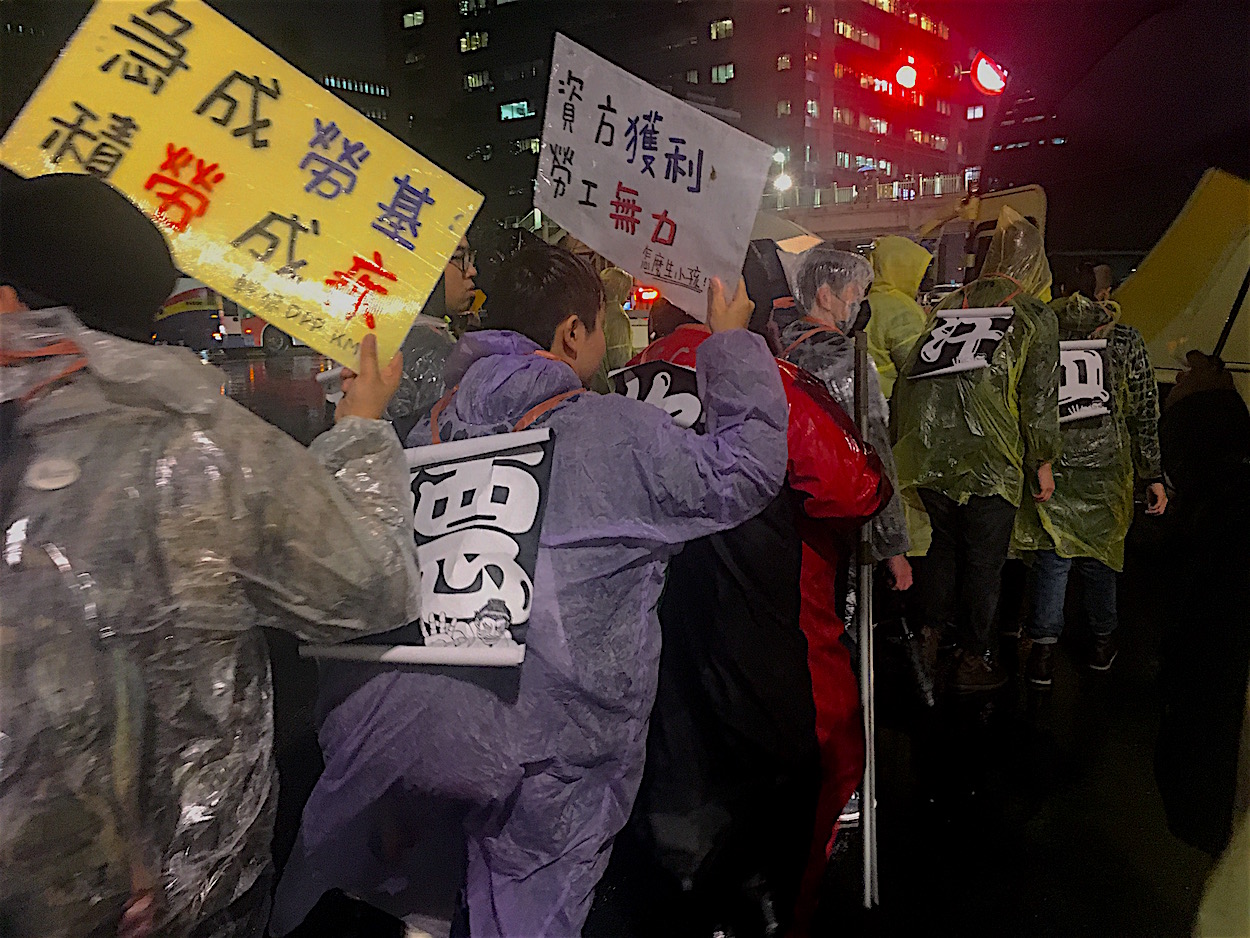 Nevertheless, beyond that, what was it that led lackluster responses from society? Firstly, it is premature to conclude that this was because society approves of the labor changes, given contradictory results in public surveys. A recent DPP poll, for example, suggests that 59.7% of the public supports changes to the Labor Standards Act, while a poll by the Ministry of Labor suggests that 58.4% disapprove of the changes. One generally suspects that the public is divided on the issue, rather than universally approving or disapproving of it, and while some measures of the Labor Standards Act may provoke outrage, such as conditions allowing for reducing the minimum amount of time between shifts to as little as eight hours. On the flipside, other provisions may be welcomed, such as the ability to defer unused vacation days to a following year—although there is also fear that this measure will be used to coerce workers from taking vacations.

However, significantly, it is not necessarily the case that the public simply does not understand the changes and that these changes will need to take effect to inspire outrage. To be sure, one of the differences between the Tsai administration’s unpopular changes to the Labor Standards Act in 2016 and present changes is that the effects of changes last year were felt more quickly, because companies took steps to rearrange their work schedules ahead of time in anticipation of such changes. And certainly, some citizens are slow to react regarding policies that directly affect their lives, as observed in there was little to no public discussion over wide-ranging tax law changes by the DPP, and that if any public anger follows, this will probably take place after members of society file their taxes. 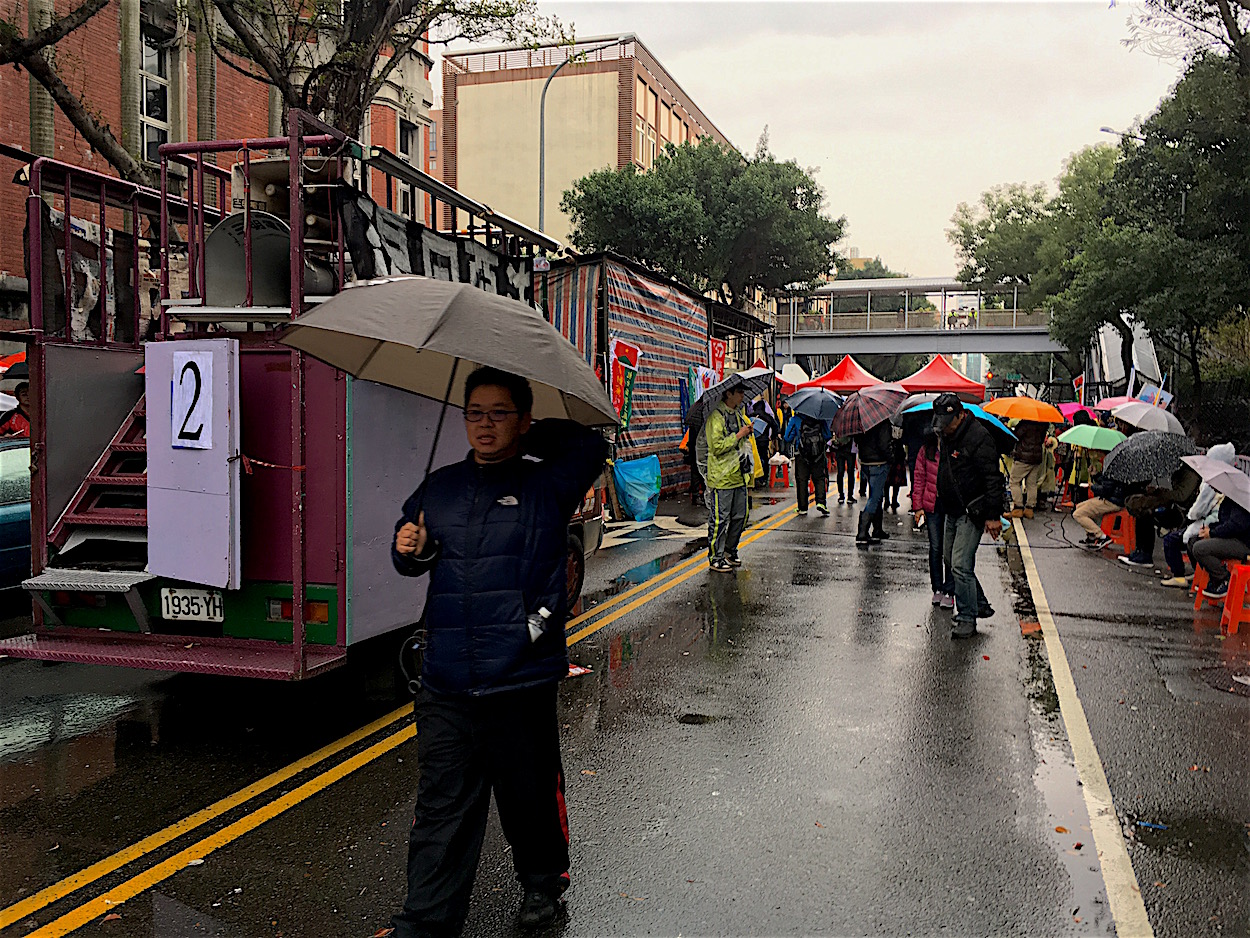 But not understanding an issue does not necessarily mean one will not protest about it either. One is reminded, for example, that during the Sunflower Movement, there were not many participants who knew the details of the CSSTA in its entirety. While changes to the Labor Standards Act were forced into law by the DPP in a manner which also opens the DPP up to accusations that it used “black box” means lacking transparency, it may simply be easier to mobilize people around an issue involving China, and the threat of unification. Similarly, protesting the KMT is much easier when so many decades of resentment have built up against the KMT, whereas many are still willing to give the DPP the benefit of the doubt. There is not a rich history of protest against the DPP the way there is against the KMT. 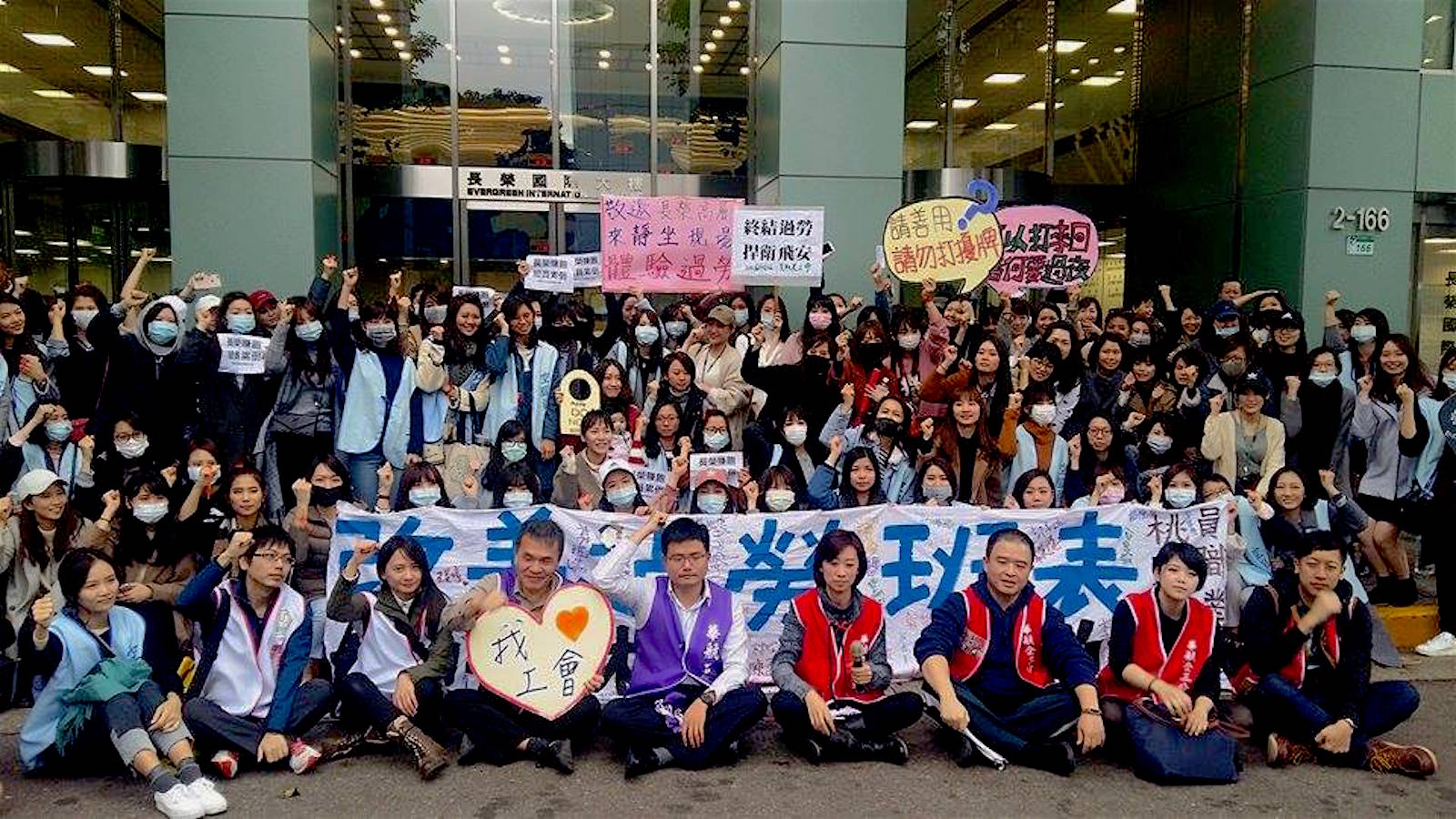 Promising events for future protest may be the uptick of labor protests since the changes were passed, such as EVA flight attendants launching a sit-in in front of EVA headquarters in Taipei, and the ongoing strike by Miramar Linkou country club workers. The key players in these strikes are probably also some of the same key players of protests against the Labor Standards Act and they may hope for these strikes to inspiring of more widespread labor activity in Taiwan.

Yet in this way, then, part of the failure of protests around the Labor Standards Act to develop a more extensive movement may return to broader shifts in Taiwanese politics. The Labor Standards Act was a purely domestic issue and not one which had to do with cross-strait relations. However, with the rise of the “natural independence” generation, the political crisis of the KMT, as well as the fact that cross-strait relations with China are at a low point, it may be that domestic issues will continue to take precedence over international ones. And so protests around the Labor Standards Act and their failure to develop into a larger movement may reflect the challenges facing future protest outbreaks in Taiwan.