WITH REPORTEDLY over 30,000 taking to the streets yesterday in Kaohsiung in demonstration against planned changes to the Labor Standards Act according to some counts, significantly larger than any protest in Taipei to date, pressure upon the DPP regarding planned changes will continue, increasing the likelihood of divides within the party. This may be a product of internal shifts within the party following the Sunflower Movement, as well as due to competing political interest within the party. Indeed, it may indicate the significance of the issue to note that larger public responses have ensued from southern Taiwan, where the DPP traditionally has a stronger base, than in northern Taiwan.

Firstly, regarding growing anger from youth activists, it must be remembered that after the Sunflower Movement, a surprisingly large number of youth activists entered the DPP. It was not, in fact, the case that youth activists all entered Third Force parties, as is commonly thought by the media. Many of those who entered the DPP did so because they hoped to gain political experience within the party, in order to understand how the government system worked from within after a history of demonstrating against the government system from outside. Entering a Third Force party, which were new political forces entering into politics for the first time, would not have allowed for this experience of how the government system normally functions. 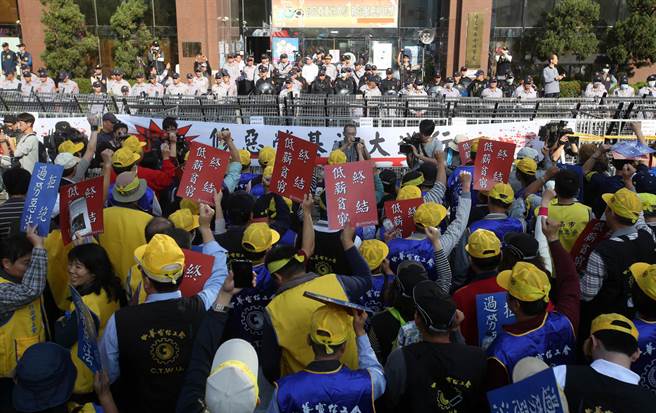 Likewise, there were those who may have felt that the DPP had gone astray in capitulating to big business and compromising on the progressive values it held in the past, but that the DPP could be brought back to its past progressive values. The messaging of the Tsai administration during 2016 election campaigning was hopeful in this regard, signaling support of the causes that youth activists stood for.

However, with the DPP intent on passing changes to the Labor Standards Act which would undo thirty years of labor reforms in Taiwan, this has led to anger from many grassroots DPP members who were formerly Sunflower Movement youth activists, with such individuals questioning their role within their party. Tsai Ing-Wen has attempted to placate angered youth activists with claims that she, like them, is “quite left-wing”. But such claims ring hollow as, in the meantime, the DPP shrugs off demonstrations from labor unions and has proven willing to circumvent review measures for the bill in order to get around filibusters from the Third Force political party, the NPP, which emerged from the Sunflower Movement, as well as the KMT, which has leapt onto the issue opportunistically as a way to criticize the DPP. Unsurprisingly, then, such comments have been greatly angering of youth activists.

It could be that a trigger event leads to further anger against the DPP from within. For example, if NPP chair Huang Kuo-Chang were, in fact, to lose his legislative seat to a recall vote led by anti-gay marriage groups, this could lead to further anger from post-Sunflower Movement youth activists within the DPP. The DPP, after all, campaigned on a pledge by Tsai Ing-Wen to legalize marriage equality before DPP legislators proved hesitant to carry this out. If Huang loses his seat over the issue, with little support from the DPP despite that the DPP backed the NPP in 2016 legislative elections, this could lead to further blowback against the DPP from youth activists that have since become members of the DPP.

On the other hand, the DPP legislative caucus is also divided in and of itself, and large shows of public resistance such as the demonstration in Kaohsiung put the DPP in an increasingly difficult position. DPP legislators are hesitant to directly comply with orders coming from Tsai Ing-Wen, William Lai, and the executive branch of government because they also realize that they stand to be attacked on the issue of support for planned labor changes—particularly when such changes pass into law and begin to directly affect the lives of Taiwanese people. For much the same reasons, they are also hesitant to comply with orders from majority speaker Ker Chien-Ming, who is also calling for labor changes to be passed. DPP legislators are also the ones who directly face the anger of post-Sunflower Movement activists who are now part of the DPP, since post-Sunflower Movement activists that entered the DPP afterwards generally came to serve in legislative offices as legislative aides or campaign workers. 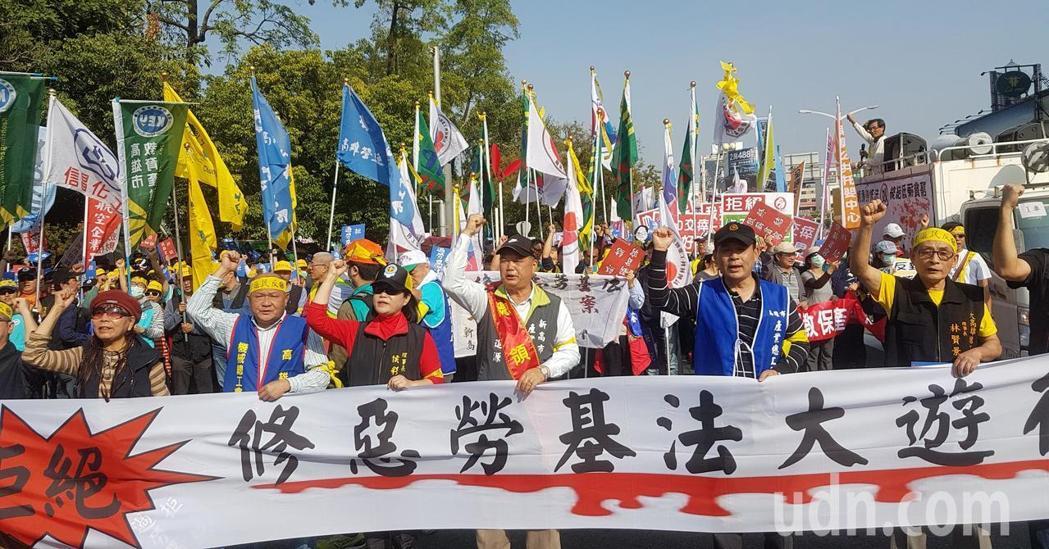 Yet if public anger continues, this may lead DPP legislators to become reluctant to continue to openly support the bill, and this could actually lead to the possibility of Ker Chien-Ming eventually deciding based on their reaction that supporting the bill is a politically inopportune for the DPP caucus as a whole. This would require DPP legislators to first break with Ker and then Ker to break with Tsai and Lai, meaning that this would be difficult. But unlike other DPP legislators, Ker is in a position of political power that he could, in fact, break from the executive branch and the executive branch would have difficulty making him comply. And this seems to be the most likely fault line upon which the DPP might fracture regarding planned changes to the Labor Standards Act.

We shall see, then, as to the future of the bill, and the possibility of future fractures within the DPP. Either way, public anger regarding planned changes to the Labor Standards Act seems set to continue, current lack of media attention notwithstanding. That 30,000 would demonstrate in Kaohsiung against planned changes was expected by few and, with demonstrations planned for later this month in Taipei, following the large demonstration in Kaohsiung, this means that the likelihood of a large demonstration in Taipei has also increased.