THE FIRST LABOR strike since the passage of changes to the Labor Standards Act by the Tsai administration has broken out, with workers at the Miramar Golf and Country Club in Linkou going on strike against their employers. Given the proximity of Linkou in New Taipei City and Taoyuan City, there is likely to be strong links between the Linkou Miramar Golf and Country Club union and Taoyuan-based labor unions and labor NGOs which have been highly militant in demonstrations against the Tsai administration’s two round of changes to the Labor Standards Act in the past two years since it took office. 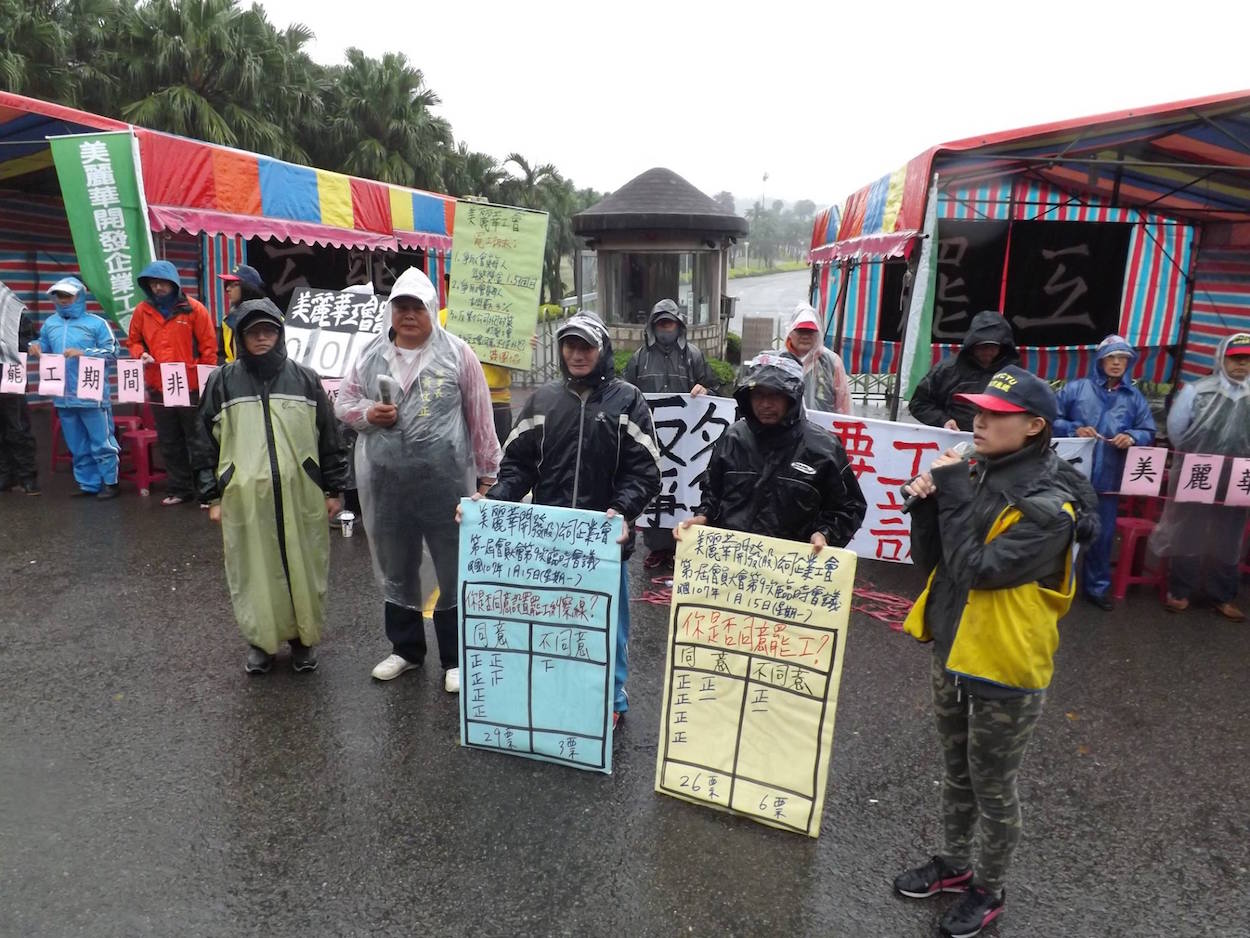 The strike is directly over the issue of overtime pay which workers claim that they are owed by their bosses and layoffs last year which workers allege to have come directly after passage of the Tsai administration’s last set of changes to the Labor Standards Act. According to workers, the company refused to negotiate on this issue, but workers cite that using the Labor Standards Act to dismiss workers may have been a false excuse. Namely, the club usually sells lifetime memberships for the country club that easily make several hundred million NTD in profit with just one membership card sold, seeing as a membership card can go for 900 million NTD. However, with the dismissal of workers last year, this would have only saved 800 million NTD for the company. It is suspected by workers that such actions may have been in hopes of avoiding paying workers their year-end bonuses or as reprisal for labor organizing.

Illegal practices on the part of Miramar may not be too surprising. Miramar has in past years come under fire from Taiwanese civil society, particularly regarding the construction of the Miramar Resort Village in Taitung. The Miramar Resort Village has been controversial because it is to be built on indigenous land and would lead to environmental damage to the area if constructed, as a result of which legal back-and-forth has led to continual delays and resumptions of construction for many years. 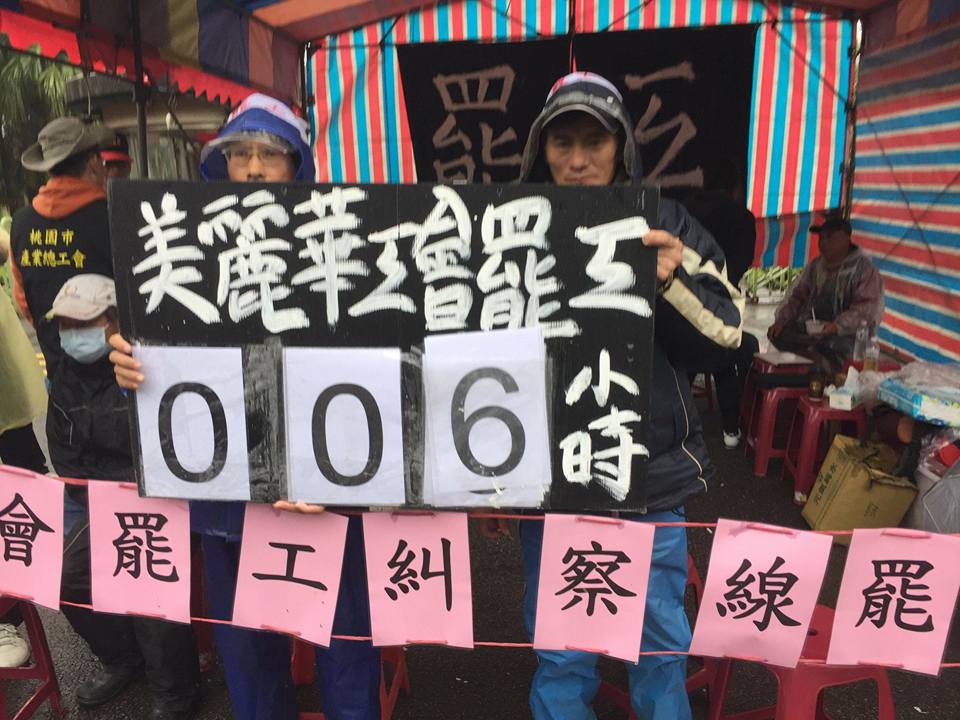 In particular, Miramar workers state that they only began to pay attention to issues regarding the Labor Standards Act after became aware of such issues following demonstrations against the Tsai administration’s planned cuts to seven public holidays as part of the original set of changes to the Labor Standards Act it was pushing for last year. The Miramar Linkou labor union was founded in 2016 in the middle of original protests against these planned changes shortly after the Tsai administration took office. 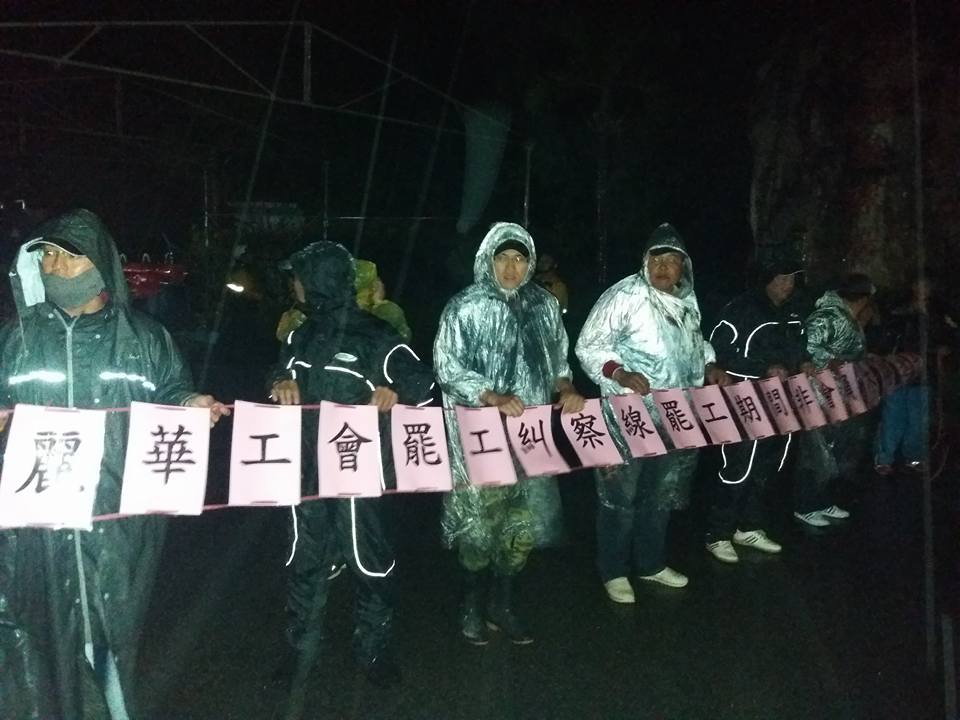 Again, demonstrations against these cuts to public holidays were fronted by Taoyuan-based labor unions. In the past few years, Taoyuan-based labor unions and labor NGOs have also played key roles in pushing for unionization drives in a number of industries which previously did not have strong labor unions. The most famous success of this may be the China Airlines strike, as well as unionization efforts in the transportation industry and partially state-owned enterprises. Perhaps the Miramar Linkou strike can be pioneering of future strikes in the hospitality industry, then.

However, it may be that Miramar Linkou workers hope that their strike can inspire a future wave of protests across Taiwan which will lead the Tsai administration in some way reverse course on changes to the Labor Standards Act, or perhaps point to the need for a broad wave of unionization in order to combat violations of the Labor Standards Act. Namely, regardless of what new changes say, violations of the Labor Standards Act are widespread and go unreported because workers usually do not have the ability to stand up to their bosses as individuals, without a labor union. This is something long ingrained into Taiwanese working culture and for change to occur, it may require labor unions which are willing to take a stand on the issue first.