What Now For Historic Tree Preservation Efforts By Taipei Dome?

LONGSTANDING CONFLICT between environmentalists and the Taipei city government over historic trees near the Taipei Dome construction site may come to a head in the near future with the planned completion of the Taipei Dome. Although the city government states that it intends to transplant these historic trees, which environmentalists call for their preservation, citing the possibility that the trees may be damaged during transplantation, and pointing to past incidents in which transplantation work was conducted haphazardly.

Environmentalists have maintained an occupation around the Taipei Dome construction site by the Sun Yat-Sen Memorial MRT station and Songshan Cultural and Creative Park on and off since 2014 and the struggle has continued through two mayors now, between Hau Lung-Bin in 2014 and Ko Wen-Je after his victory in 2014 nine-in-one elections. The struggle to preserve these trees was one of the major social movement struggles in the immediate aftermath of the Sunflower Movement. In part, the split between the Trees Party and the Green Party was also a result of conflict that occurred during this struggle, the Pan brothers who are among the core figures of the Trees Party having previously been significant members of the Green Party, and the Trees Party seeming to take its name from the struggle. 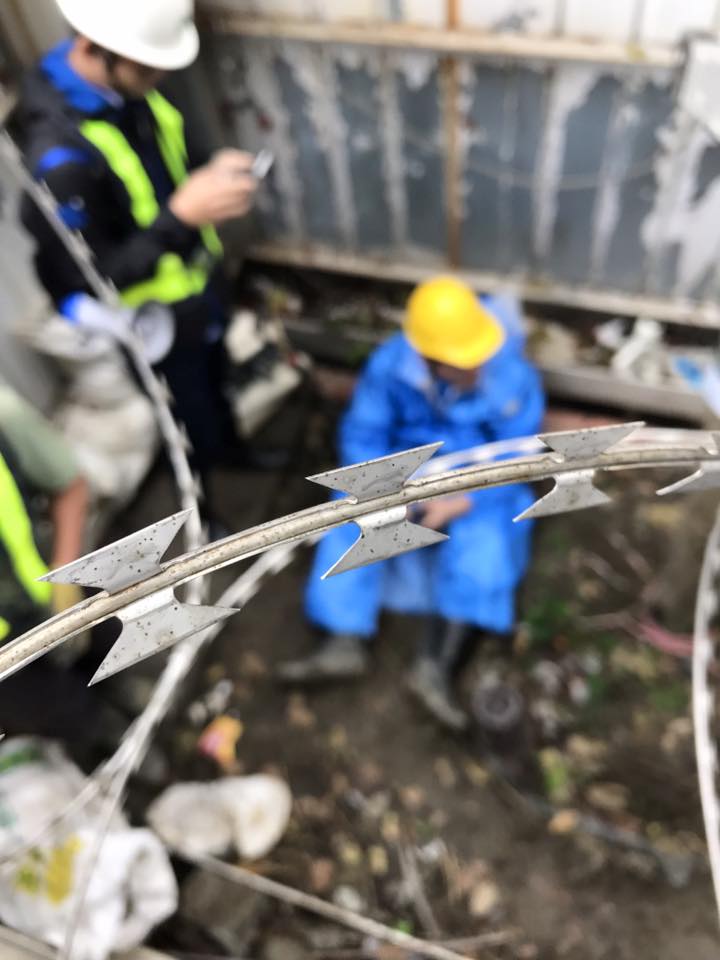 Although so much fuss over historic trees may be hard to understand for outside observers, we can understand the struggle to preserve historic trees in line with calls by youth activists in recent years to preserve historic structures, such as buildings from the Japanese colonial period, as well as more general calls to protect Taiwan’s environment. The struggle can also be understood as protest against developmentalism on the part of the Taipei city government, seeing as much of what is historic in Taipei is torn up for the sake of new commercial development, as with the building of the Taipei Dome.

In this way, the struggle also reflects perhaps Taiwan’s sense of hyper-locality, particularly among youth activists, in that a set of trees in Taipei could become, at one point, a national-level issue. This would be a product of Taiwan’s small geographic size and high population in dense urban areas.

In particular, what is angering of environmentalists and other activists is also the inflexibility of the Taipei city government to date, and the history of broken past promises by multiple mayorships. Namely, environmentalists call on the Taipei city government to be flexible in its urban planning, in accommodating historic trees, rather than simply decide to uproot them because of inflexibility in urban planning.

Likewise, activists are angered by the fact that the Taipei city government has sometimes backed off the issue and suggested that it would, in fact, accommodate historic trees, then later gone back on its word and decided to try and uproot them again. Activists have sometimes taken to shielding trees with their bodies from the police or construction workers. Given the close ties between the construction industry in Taiwan and organized crime, as with other cases of urban evictions or demolitions, there are also cases of construction workers behaving in an threatening manner towards activists. 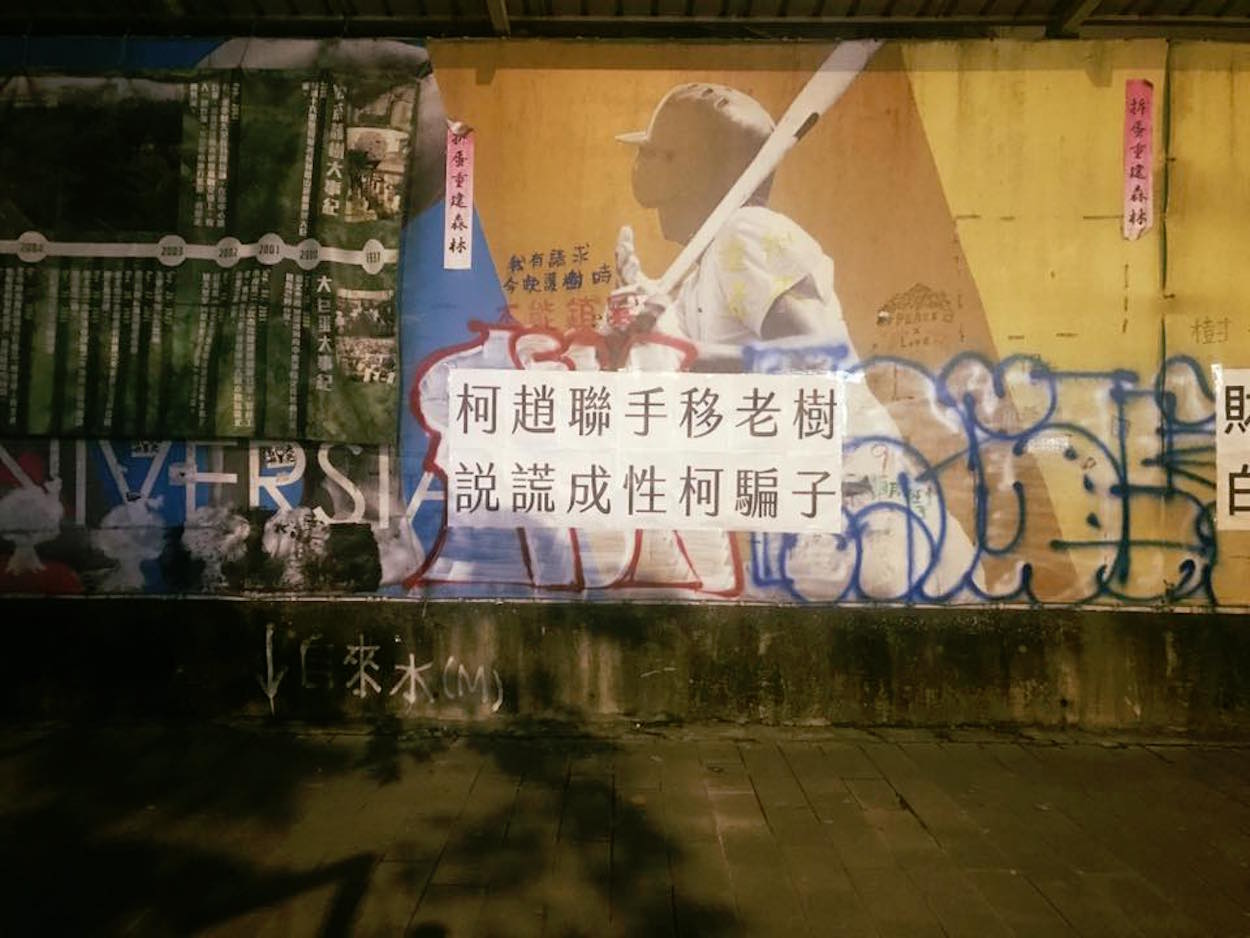 Sign accusing Ko Wen-Je or lying with claims that historic trees by the Taipei Dome construction site will be moved. Photo credit: 松菸護樹

The Taipei Dome has already been an object of much scandal for Taipei mayor Ko Wen-Je. In particular, Ko has suggested that he is not happy with the Taipei Dome, as a construction project he entered from his predecessors as Taipei mayor. The construction of the Taipei Dome has been scandal-ridden and marked by a number of irregularities, which Ko has alleged to be the result of the corrupt process by which Farglory Group secured the building contract for the structure.

But Ko seems to have eventually reversed course on opposition to the Taipei Dome’s construction due to controversy about the issue not reflecting well on him. As such, Ko’s reversals on the Taipei Dome are seem alongside other reveals by Ko, including the fact that when Ko was elected into office with the support of post-Sunflower Movement activists, he promised to protect historic structures and to prevent cases of forced evictions. However, despite such promises, once elected, Ko demolished some of the structures he had pledged to retain, such as the abandoned Nangang Bottle Cap factory which was being used as an artistic space by young people.

Historic trees at the site of the Taipei Dome are already deeply tied with such issues, seeing as next to the planned Taipei Dome is the former Songyan Tobacco Factory, another historic structure, which was eventually re-incorporated into the artsy shopping area of the Songshan Cultural and Creative Park. But in this way, a broader set of issues is symbolically at stake with the issue of historic trees by the Taipei Dome construction site.