Lessons From Taiwan on the Fight Against the Coronavirus: Between Politics and Collective Experience

FOR THE PAST weeks, with the exponential growth of the numbers of infections in Europe due to the COVID-19 coronavirus, we are witnessing how China is seemingly controlling and halting the epidemic. Against this backdrop, a new debate has emerged in the media, in which it is argued that in such a situation of crisis, an authoritarian state such as China has more coercive capability to mobilize state resources than a liberal democracy. In this article, we contend that such binary in the public discourse is indeed a misleading one.

Through the analysis of how Taiwan has successfully dealt with the coronavirus, we argue that such debate is a smokescreen that conceals one of the biggest dramas of contemporary politics: the subjugation of politics to economics. Looking at the material reality, one can rapidly realize that the scaffolding of the confrontation between the Chinese model and the neoliberal model can be easily dismantled. In this light, one only needs to observe how Taiwan—a democracy with a huge population density—has contained the virus in an exemplary manner. As of March 23rd, of 195 confirmed cases, two passed away from the COVID-19 coronavirus and 29 were released from isolation. 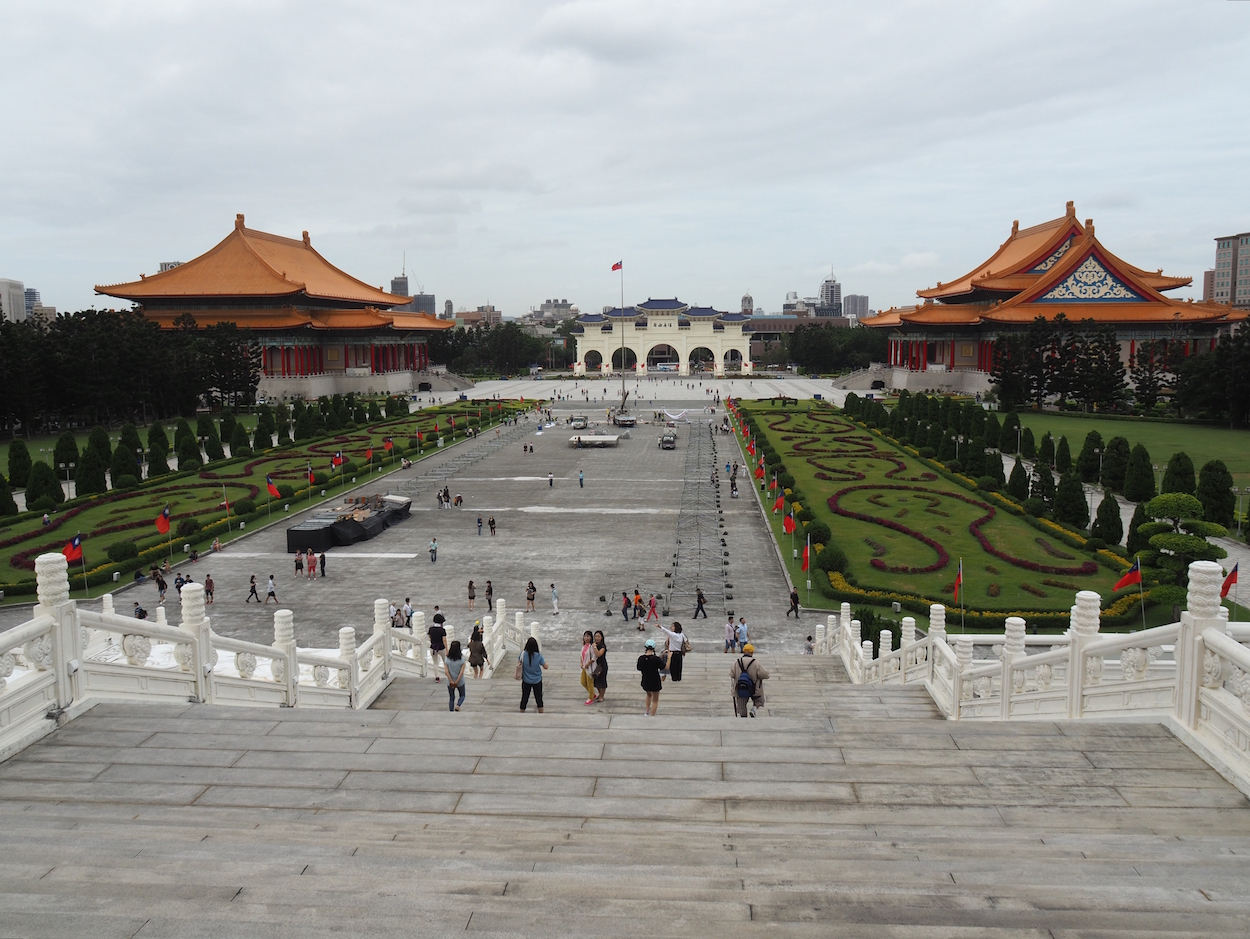 How did a democratic Taiwan thus successfully achieve this? To understand the strategy deployed on the island by the Taiwanese government, we recommend these two reports produced by the researchers Jason Wang, Chun Y.Ng and Robert H Brook. However, we consider that the most interesting exercise would be to ponder on the main driving forces that have guided such fruitful measures. We argue that such a positive strategy has been informed by three key inter-societal and historic elements: Taiwan’s state formation during the 20th century, the political culture among elites that stems from the former process, and the collective experience of the Taiwanese population in dealing with the forces of nature.

The Legacy of Taiwan’s State Formation

ONE OF THE key elements to comprehend Taiwan’s response to the coronavirus can be found in its historical process of state formation. Such a process was led by the Japanese empire at the beginning of the 20th century. Japan understood the importance of constructing a strong state to mobilize state resources to struggle against Western imperialism in East Asia and economically and technologically catch up with the imperialist forces. Though at the end of the 19th century, Tokyo paid attention to the capitalist development that was taking place in the West, at the beginning of the 20th century, the Chinese reformers—both the Qing elite and the revolutionary opposition—admired the socioeconomic and military reforms that imperial Japan was implementing.

Japanese development was indeed a model for Sun Yat-sen and Chiang Kai-Shek, the leaders of the Kuomintang (KMT). Both comprehended through their lived experiences in imperial Japan that a high economic and technological development was only possible under the auspices of a strong state guided by politics and not the markets. In fact, despite the KMT never fully rejected certain capitalist elements, they always had a skeptical position in regard to the virtues of economic liberalism. After all, like the Chinese Communist Party (CCP), the origins of the Kuomintang were deeply influenced by Leninism. During the 1930s, despite the increasing tensions between Nanjing and Tokyo, particularly after the Japanese invasion of Manchuria in 1931, Japan remained the mirror of development for Chinese elites. For instance, in 1935, Chiang sent Chen Yi to the Taiwan Exposition in Commemoration of the First Forty Year of Colonial Rule, where the achievements of the Japanese imperial government on the island were celebrated. In his report, Chen Yi emphasized public infrastructure as well as economic development.

After the foundation of the PRC, the KMT assumed that its defeat in the battlefields had been in part a result of its incapacity to subdue the political and economic elites to the dictum of politics. This could not be allowed to happen again. When the KMT arrived on the island of Taiwan in 1949, Chiang reactivated the state political legacy of the Japanese empire. In the Taiwanese case, the construction of a strong state had two main aims. On the one hand, this was a shield against the vagaries of the geopolitics, and on the other hand, and it was an agent that could ensure effective economic and technological development that could catapult the Republic of China into prominence in East Asia. 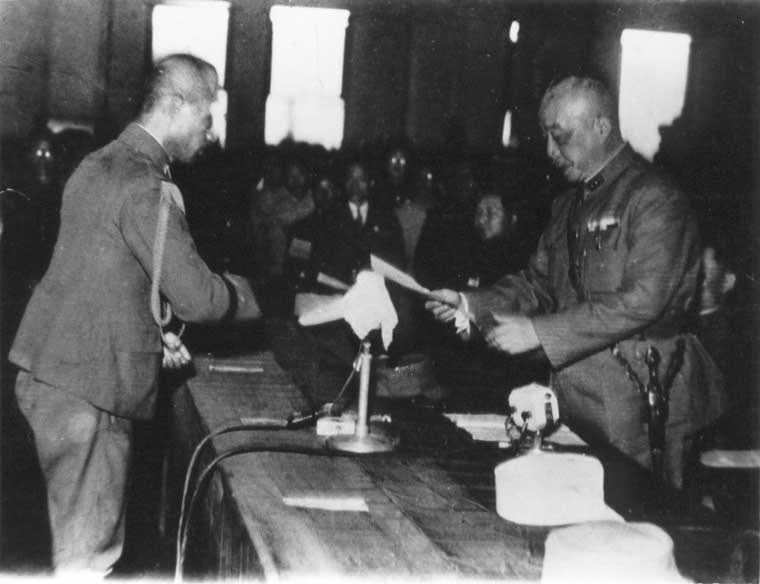 In this light, the Taiwanese “economic miracle” cannot be understood without this particular conception of the state. “Economic miracles” do not exist, they are in fact the logical consequence of a specific state structure that has been reproduced in other East Asian countries such as South Korea or Singapore. The capitalist transition of the island, through a developmental state, was led by a political elite that did not question the centrality of the state to develop the productive forces. At the end of the 1980s, the democratic transition in Taiwan—which were shaped by the need of survival of the Taiwanese elite during the final stages of the Cold War in East Asia and the internal protests that occurred in Taiwan—was also influenced by a political culture where the state was the cornerstone of the Taiwanese political life and the new democratic process that was underway.

The Political Culture of Taiwanese Elites

AT THIS POINT, we need to inquire: why have Taiwan and European democracies have responded to the crisis spawned by the coronavirus in such a divergent fashion? The answer has to be found in the role of politics. While Taiwan has not forgotten the centrality of politics due to its particular geopolitical situation and its developmental trajectory during the 20th century, Europe has succumbed to the economistic outlook of globalization—forgetting thus the importance of the state as a key agent that guides and shapes the collective political life.

As such Taiwan has not hesitated to mobilize state resources to tackle this health emergency, during the first stages of this global health crisis in Europe, but neoliberal orthodoxy has proved to be a straitjacket that the European political elites have struggled to take off. The stark reality and the popular anger have thrust the European ruling class to temporarily undo its hegemonic discourse on austerity politics and the mantra about the inefficiency of the state.

Some have praised the transparency of the Taiwanese government when fighting the coronavirus. However, this narrative has been presented as a distinctive feature of the ethos of the Taiwanese government that contrasts with the “draconian” nature of the Chinese government. Even though it is true that such transparency has been crucial to combat the coronavirus, one cannot neglect the democratic deficiencies that still exist on the island and can also be found in the decision-making system of the EU and its effects on the member states. In this sense, the effective transparent policy carried out by the Taiwanese government has been a result of a political elite that does not hesitate to mobilize the state machinery to solve collective problems, emphasizing the role of politics above that of economics. 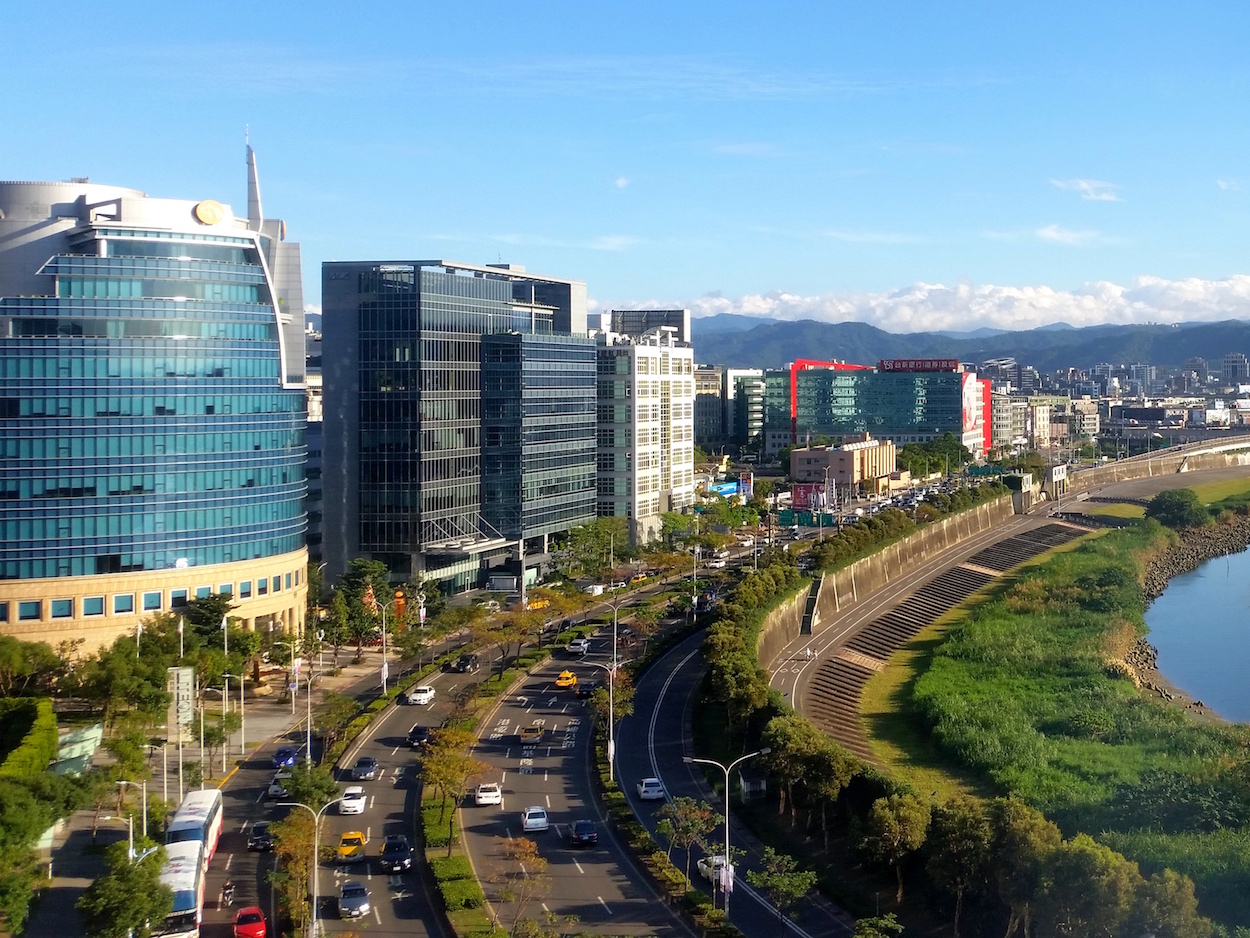 Consequently, this political practice does not necessarily reveal the existence of a consolidated democratic tradition in Taiwan, but a political legacy that conceives the role of the state in a very concrete way. All in all, China, Taiwan or South Korea are not as different as liberal media is trying to make us believe. After all, their developmental and political traditions have been shaped by similar processes that were kicked off by the global capitalist transformation of the 19th century.

Collective Experiences in Dealing with the Forces of Nature

IN ADDITION to these above-mentioned elements, there is another key factor that can help us to have a broader picture of both Europe’s underestimation of the dangers of the coronavirus and the success of the Taiwanese government at tackling it: the collective experience of the Taiwanese population in dealing with the forces of nature. Unlike what happens in China, Taiwan or other parts of the world, Europeans have been living completely disconnected from nature. Such disconnection skews our capacity of analysis and prevision.

For instance, Europeans don’t experience earthquakes, typhoons, or health crises on a regular basis. As a result of being sheltered by a privileged geography, climatology, and modern infrastructures, Europeans have forgotten that nature still is an important factor that shapes the lives of our societies. We cannot escape the forces of nature. In this light, Craig Murray, the former British diplomat, clarified that the collective hysteria that we are witnessing in Europe have been “driven by a societal rejection of the notion that the human species is part of the wider ecology, and that death and disease are unavoidable facts, with which it ought to be part of the human condition to come to terms”.

The civic spirit that we have seen in China, Taiwan, South Korea or Japan, not only has to do with some cultural elements of individual responsibility towards the community and the existence of Confucianism but also to the collective experience in dealing with such forces of nature. In this sense, Taiwan began to prepare against the coronavirus in 2004 after the SARS crisis. The Taiwanese government created a Centers for Disease Control that integrated and coordinated multiple agencies and protocols to act against epidemics and bioterrorism. On the contrary, for Europe, this state of vulnerability is something novel. European eurocentrism has made unthinkable the current state of affairs. 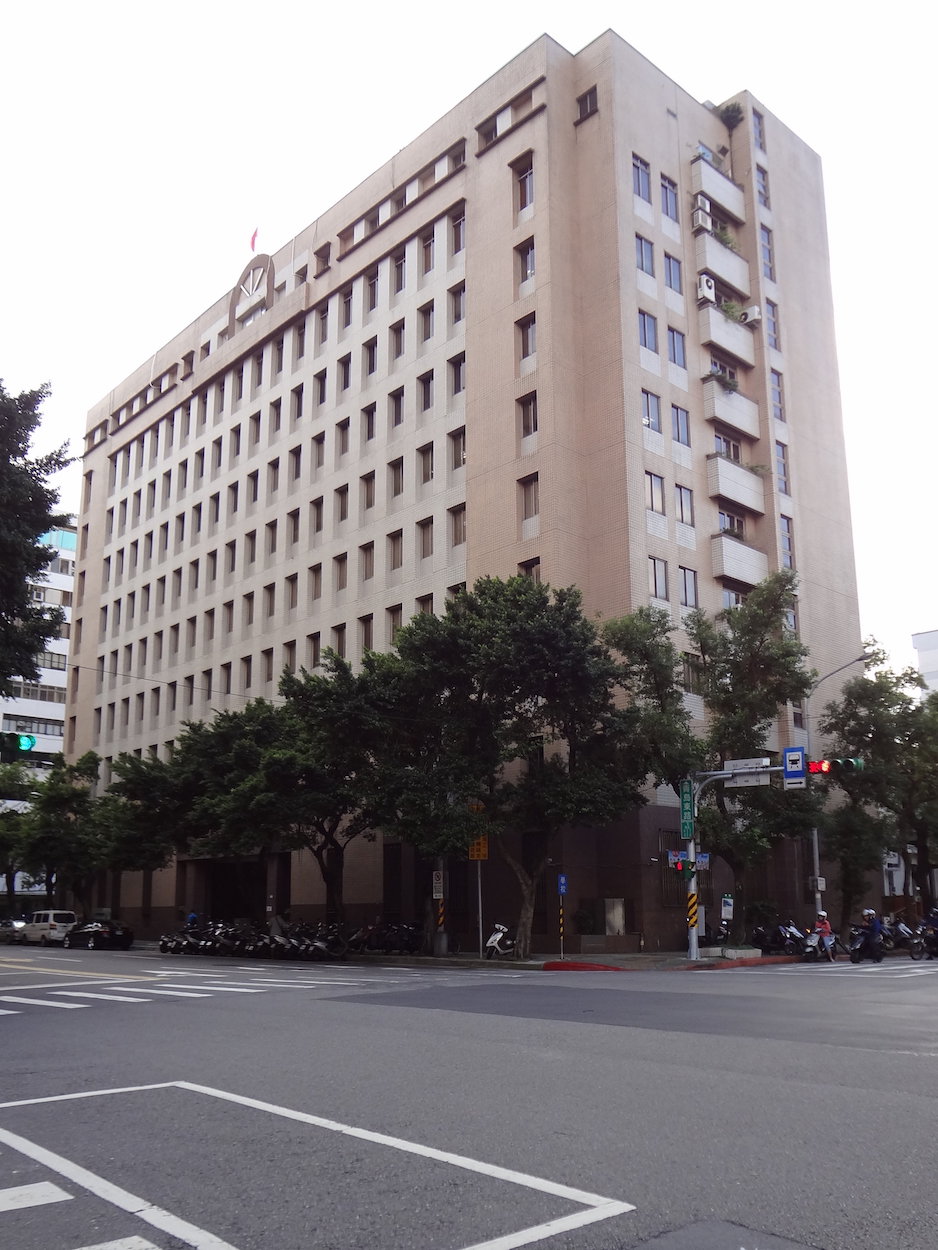 How will the post-coronavirus scenario be? The experience tells us that in times of crisis, large corporations and the more deprotected sectors of the population seek refuge under the protection of the state. The 2008 financial crisis already made clear that markets were not efficient nor the main driving force for competitiveness. On the contrary, state intervention is crucial.

At this current historical juncture, we are at the gates of an adjustment of the process of the neoliberal globalization that began in the 1990s. The question is whether Europe will confront this new phase, emphasizing politics as the main foundation of collective life or if politics will remain captured by the dictate of economics. We are witnessing a “Polanyi moment”. The population desperately seeks protection and safety from the state in the midst of a geopolitical reorder, a looming recession and a tragic health crisis. Who is going to provide such protection? Place your bets.

Andres Herrera-Feligreras is a Doctor in History at the Public University of Navarra in Spain.

Ferran Pérez Mena is a Ph. D student in International Relations at the University of Sussex in the United Kingdom.