Lucie Liu is the director of taipeilove* – The Documentary, an upcoming documentary on the marriage equality movement in Taiwan. The following interview was conducted by New Bloom editor Brian Hioe on December 19th in Taipei. taipeilove* can be followed on Facebook and Instagram.

Brian Hioe:  First, could you introduce yourself and you ended up in Taiwan?

Lucie Liu:  My name is Lucie Liu. The first time I came to Taiwan was last year, because I was doing an internship at the Goethe Institute in the cultural department. That’s how I met a lot of people from film festivals and from the creative field. I kind of fell in love with Taiwan and I realized I needed to come back. That’s my story.

I’m a political scientist. During my studies I was constantly involved in theatre or short film productions. I finished my degree and wanted to combine both of the fields. I am currently freelancing in the press department in a political foundation and a theatre in Berlin. 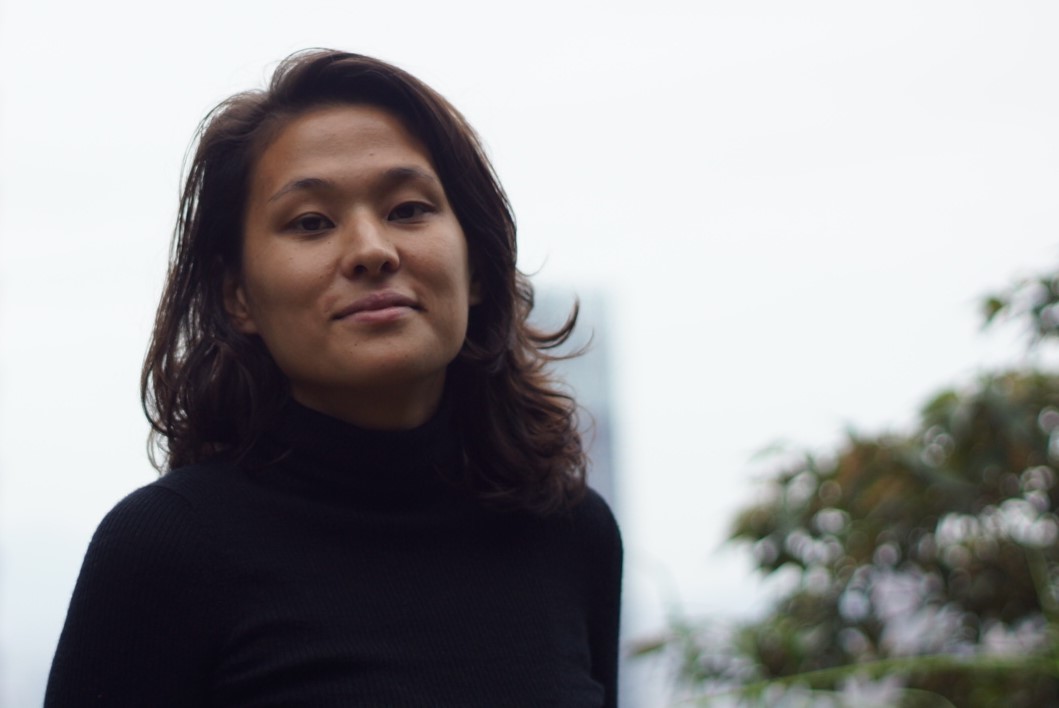 BH:  How did the film, taipeilove*, start?

LL:  taipeilove* started with an idea. Last year, I was in a pride parade. I saw a drag queen wearing the Japanese flag, so basically it was completely white, with a red circle. Him and his friends were open, dancing, happy, kissing, and I thought, “Yeah. That’s really nice. That’s how it’s supposed to be.” But then I had starting doing some follow-up research on the entire topic and how openly gay and lesbian you can be in an Asian society. There are so many differences in the different countries.

Taiwan kind of took this revolutionary leap of faith, so I thought I should look into that. I basically really wanted to go back to Taiwan. So I wrote the script in March 2017 and I got funded. That’s how I came here.

BH:  Can you also talk a bit about what the film is about? What have been some of the challenges with regards to filming?

LL:  I’m following two protagonists, one young lesbian girl who is 26 and a gay couple, who are both 45. I’m going to tell their story and I’m framing it with voices from authorities, experts, and activists, as well as put it up against the outside culture, to kind of set a frame. Those people, as from the frame, make it possible for what my protagonists can actually do right now. This includes Chi Chia-Wei, Yu Mei-Nu, Jennifer Lu, and Wayne from the Tongzhi Hotline. This list is constantly expanding.

I’m not sure what the challenges would be! It’s a lot of work, but I can’t really put my finger on the challenges, because it’s surprising how open my interviewees and everyone involved in the process is about it. The independent film scene here is very welcoming and supportive. Maybe it’s because I’m the first German to cover that topic in a documentary. Everyone has been pretty open I haven’t had any backlash.

It’s just a lot of work, because it’s just me, in terms of the production. I have to keep everything together. I have a team of six people: A cameraman, two sound people, two editors, and me. I also have a social media manager, who was originally the friend of a mutual friend in Berlin. He studied communications and helps me maintain my social media presence on Facebook and Instagram.

BH:  What do you hope to accomplish with the documentary when it’s released? Do you hope to spread word about Taiwan? To raise awareness of general issues regarding marriage equality in Asia?

LL:  It’s mostly about raising awareness and acceptance. It’s very sad that Taiwan doesn’t get acknowledged internationally in the way that it should, because its taking this very important step which would make it the first country in Asia to legalize same-sex marriage. I want to raise awareness how lesbian and gay people still suffer from repression. I mean, we live in 21st century! Taiwan is such a positive example. Of course people here still have to face problems due to religion, culture and tradition. But I have faith in the idea that legalising same-sex marriage will eventually lead to a raising equality in society and speed up structural changes. That’s why Taiwan needs to be portrayed.

I want to take taipeilove* to film festivals, educational screenings at universities and maybe a broadcasting company. Basically I want to share what’s happening here with the other side of the planet (mostly Europe and America) with people actually paying attention to it, and people realizing that what’s happening here is revolutionary. 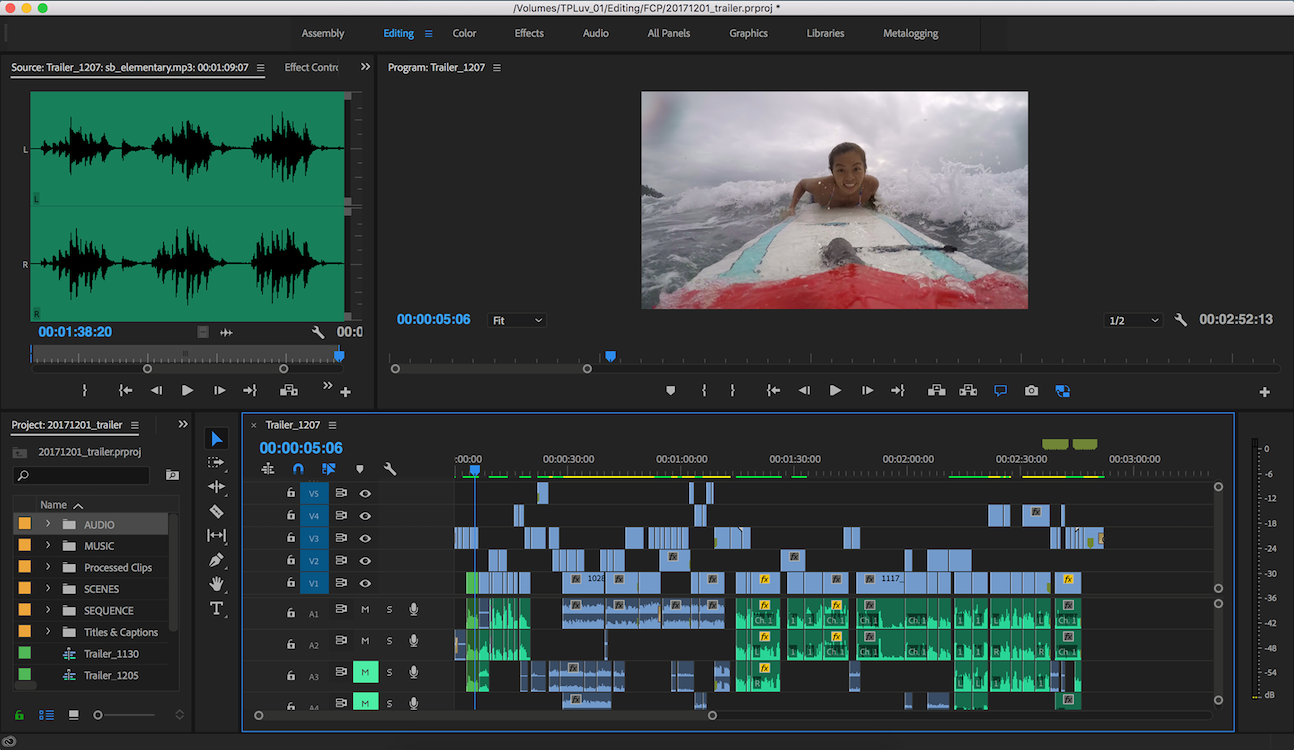 BH:  How do you hope to address issues regarding Taiwan, for example, in terms of contextualizing it in the rest of Asia and where LGBTQ are in other countries?

LL:  I’m hoping it has a positive on other Asian countries and how they decide on their marriage equality issues. But documentary is still a form of art. So I also want to explain to other people using this visual medium what is going on here. I hope that it leads to effects in Asia, but I don’t know if that’s possible. Exposure-wise, however, I’m targeting the market outside of Asia, such as the European market and the American market.

BH:  Do you see the film as having to do you with your identity in any way?

LL:  Absolutely! My dad is Chinese and my mom is German. I always perceived my German side to be very progressive, since I was socialized in Germany. But now my Asian side is doing something incredible and I want to do justice to that and acknowledge it. It, too, is a part of me being here and being very happy here and having the ability to make a home in Taiwan. This is the first Asian place I would truly consider part of my home.

In this way, it’s also a personal project on my own identity and being happy in this place. As well as realizing that both countries are working on something incredible. In Germany, same-sex marriage got legalized on October 1st. I was at the second same-sex wedding and it was incredibly emotional. Everyone was like, “This is a historic moment!” And I want people to have the same thing in Taiwan.

I honestly don’t understand why people are so reluctant on the issue and hesitant to jump into cold water and do it, as a step forward to universal human rights, which everyone should take. We’re in the 21st century, why are we still talking about if gays or lesbians should have the same rights? It’s quite regressive. I don’t understand it.

BH:  Do you have any thoughts on when you will finish the film? I imagine that will affect the outcome of the film, given the two year timeline to legalize marriage equality. That may affect your film.

BH:  In that respect, do you intend to cover any of the issues regarding pushback against gay marriage from Christian groups? The sudden appearance of those groups have been something that has surprised people in the past few years.

LL:  I don’t want to give those people a platform, because I think they simply shouldn’t get one. You can’t take human rights away from other people, and I don’t support that. As such, I won’t give them any kind of a visual platform.

But I talk to family members of my protagonists. Through them, the hesitation and traditional and religious implications get drawn out pretty nicely. So I use the invisible source as a way to visualize that it’s very difficult for some. I don’t want to include any demonstrations from radical Christians because this is not what my movie is about.

BH:  Are there any key points you think people should look for in your movie?

In our interview, we asked him why he wouldn’t give up. He said, “I have zero expectations, but most of the time, it just works out.” [Laughs] I think those are words to live by. Sharing his story is very emotional.

I’m also a very big fan of our protagonist, Sarah. She’s very natural in front of the camera. And she really let us in, in sharing her life with us. That’s absolutely something to look forward to. 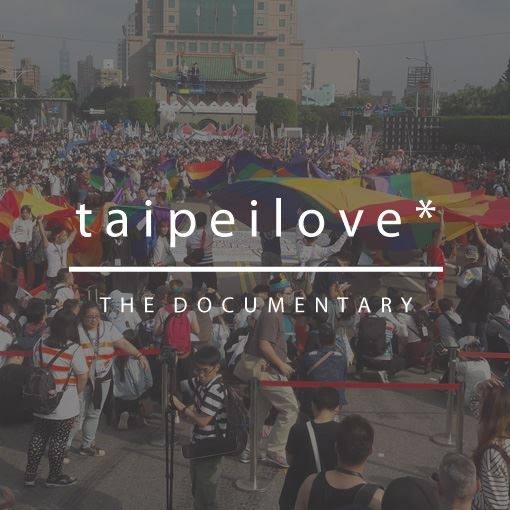 BH:  What else would you like to say to readers in closing, regarding what you hope to accomplish with your film, and what they should expect from it?

LL:  I’m this young woman from Germany with an idea and a vision, right? I’m half-Asian and half-German. What I realize is that this is such an incredible topic to me and I’m very passionate about it. I would like the world to see this, to realize that this is history in the making right now.

Because of that, I really hope that my movie gets exposure and that people can see what this incredible place is doing right now, what Taiwan is doing right now. I also need to stress this: Join forces and support each other, rather than taking each other down.  Join forces when it comes to the rights of lesbians and gays or anyone else in the LGBTQI spectrum.