ANGER AND RAGE broke out on a corner of New York City on June 28, 1969. Hundreds of gay, lesbian, and queer Americans, along with the homeless youths nearby who frequented the Stonewall Inn on Christopher Street, retaliated against police violence with every item at their disposal: garbage cans, beer bottles, pennies.

The small fire from the night of June 28 ignited the first Gay Pride march in the world in the following year. Stonewall Inn is now a National Historic Landmark, reflective of the progress in LGBTQ rights in the United States.

Half a century later, over a hundred people gathered at Stonewall again on November 2, a rainy Friday night. Some were straight, some queer; some Taiwanese, other Americans. A diverse group of people crowded in the same room for the same cause– supporting the LGBTQ-rights campaign for Taiwan’s referendum on marriage equality on November 24, 2018. 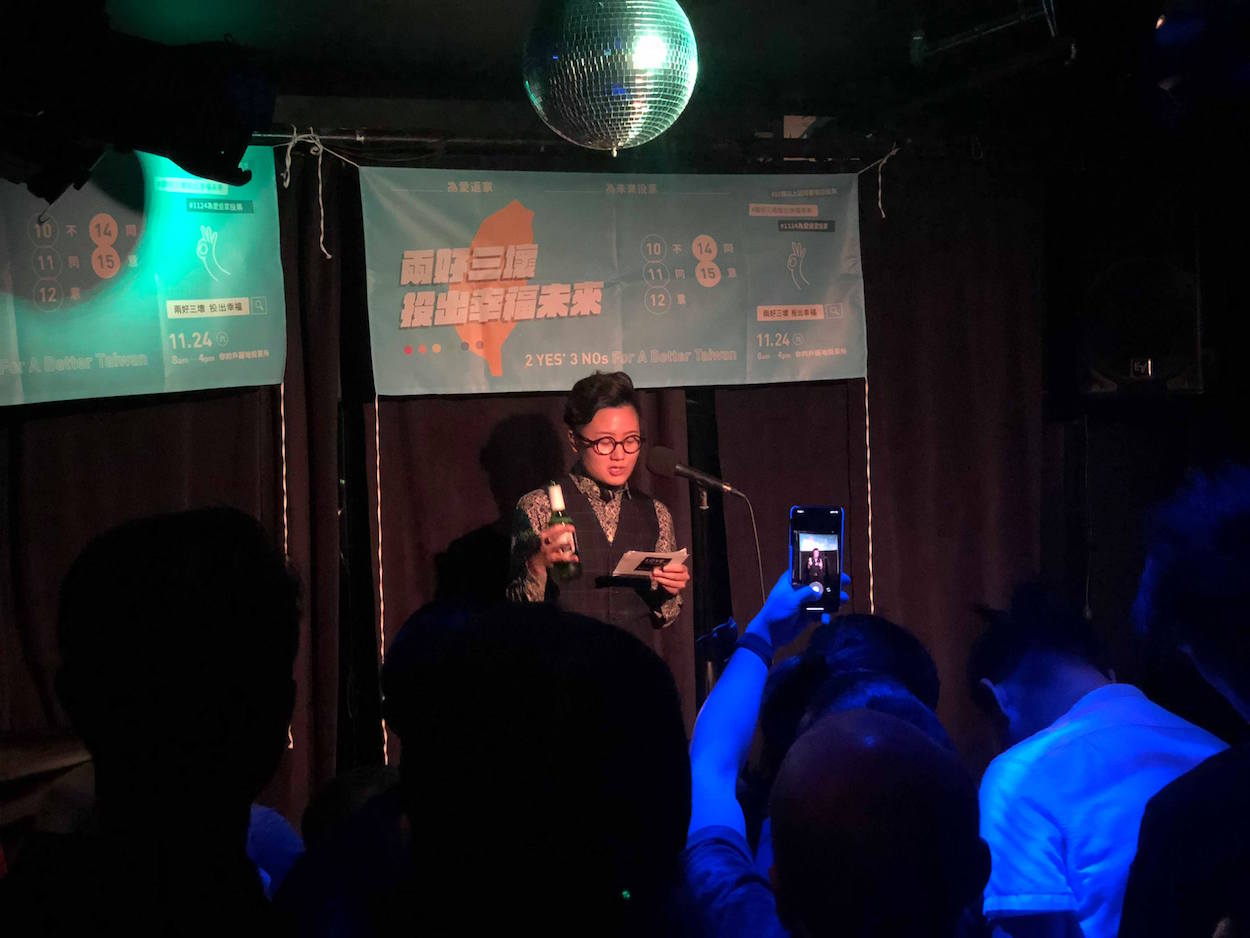 “Winning marriage equality in any country is not easy,” said Evan Wolfson, the founder of Freedom to Marry. “I represent the physical truth that it’s not easy, because when I started this work, I had hair.”

Wolfson gestured the audience to note his baldness, prompting a room of laughter.

Taiwan was the first country in Asia to rule in favor of marriage equality in May 2017. The constitutional court had set a two-year deadline for the Tsai Ing-wen administration to legalize same-sex marriage. The ruling, however, has met with intense conservative resistance.

Anti-gay groups have managed to slip three questions into the November referendum to exasperate voter divisions. One of which determines whether LGBT tendencies and desires should be discussed in early education. Another asks whether the Civil Code should limit legal marriage to between a man and a woman. The last question asks voters if they think same-sex couples should be protected in means other than the legal marriage proposed in the civil code.

Not only were the questions structured in a way that is confusing and potentially misleading, but the conservatives have also invested heavily in digital advertising and television commercials to spread misinformation.

“They’re talking about how if same-sex couples get married, the world will end, or people will start having sex with animals–completely false information,” said Wen Liu, an Assistant Professor of Women’s, Gender, and Sexuality Studies at the State University of New York at Albany. 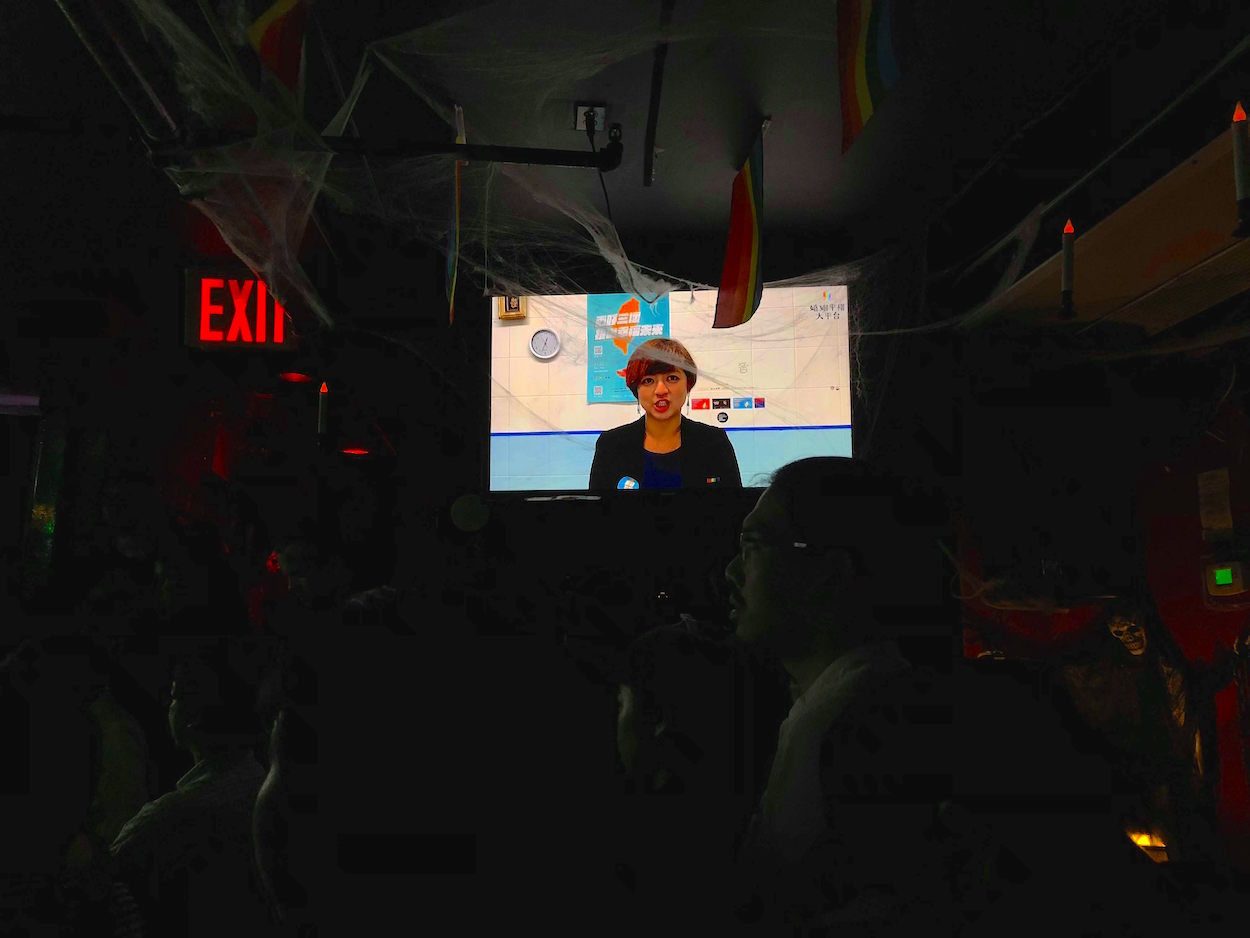 In Taiwan, TV commercials that instill fear in conservative parents are playing relentlessly in every household, urging them to vote against gay marriage to steer their young children in the right direction.

“These ads didn’t come out of nowhere. [They’re] nearly a carbon copy, translated from English to Mandarin, of the same exact ads that we had to fight against in the US,” said Cameron Tolle, the former Director of Digital Action for Freedom to Marry, “because a US-based anti-LGBTQ organization–the National Organization for Marriage and its president Brian Brown–have instigated a bankroll of attacks on LGBTQ families and youths in Taiwan.”

He continued, “They think that if they couldn’t win here, they could just take those same attacks to Taiwan.”

“No,” Tolle insisted, “we beat them here, and on November 24, we’re going to beat them in Taiwan too.”

Tolle had spent weeks on the ground in Taiwan, coordinating LGBTQ efforts with local activists and organizations in preparation for the November 24 referendum. The LGBTQ activists in Taiwan have reacted against the conservative efforts by adding two referendum petitions in favor of same-sex marriage and comprehensive education on LGBTQ matters.

“Two Yeses. Three Nos” (兩好三壞)–the Marriage Equality Coalition’s slogan aims to emphasize the importance to cast the correct ballot on November 24. That is, to vote yes on the two referendums on legalizing same-sex marriage on the Taiwanese civil code and promoting comprehensive sexual education in schools; and to vote no to the three conservative referendums that suggest otherwise.

To combat the opponent’s advertisements, the Marriage Equality Coalition has been raising funds to further its campaign efforts. With donations from LGBTQ activists within Taiwan and around the world, the organization will counteract the negative commercials and information with positive messages filled with love, hope, and understanding. 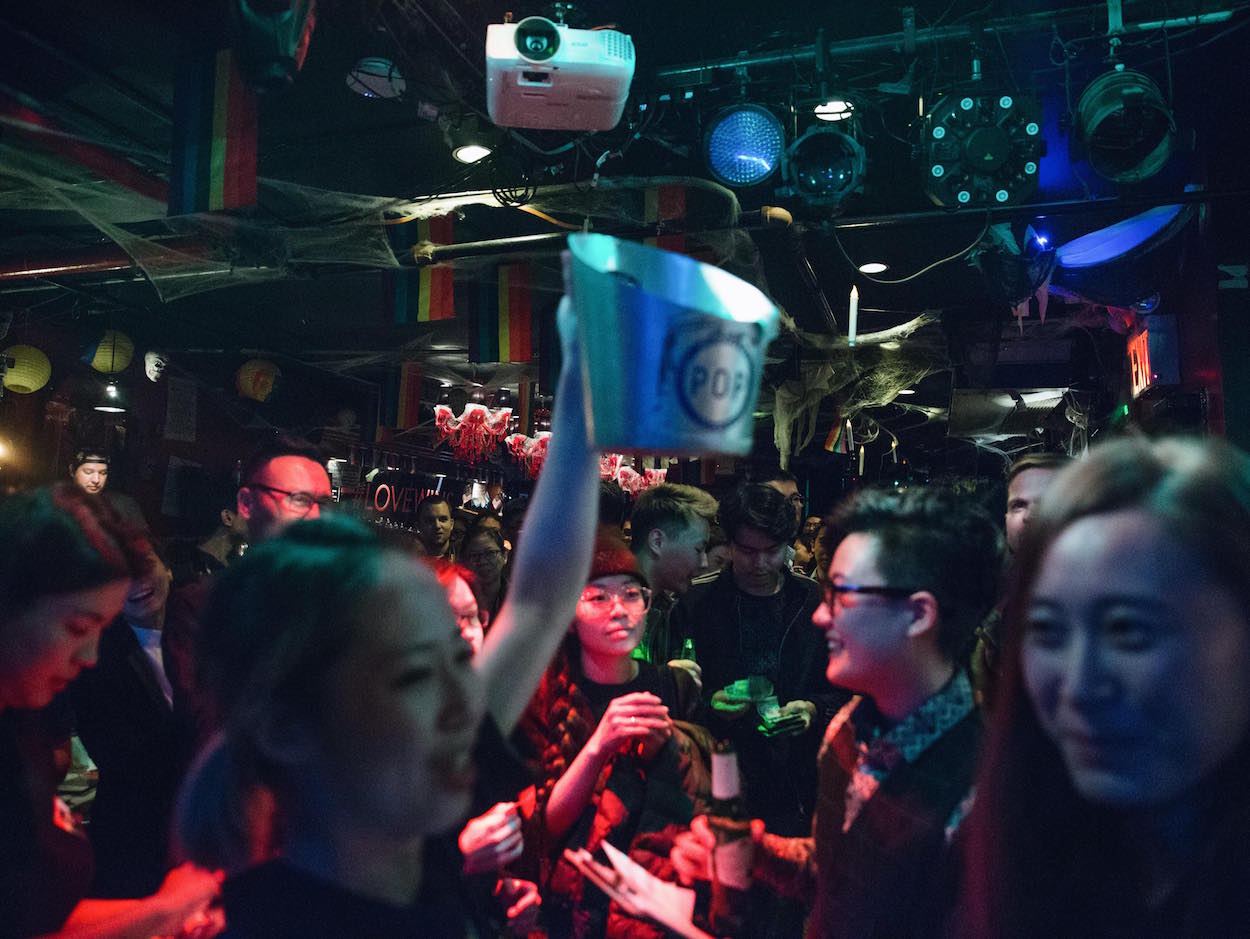 By the end of the night, the Stonewall event had collected a total donation of $6,600 USD, exceeding its $5,000 USD target. Freedom to Marry Global had matched $5,000 USD, increasing the total funding to $11,600 USD (approximately $355,000 NTD), which will go directly towards Marriage Equality Coalition’s efforts in Taiwan.

Any Taiwanese person over 18 years old, who has resided in Taiwan for at least six months consecutively, is eligible to vote. For those who will be out of the country on November 24, Liu gave a lighthearted advice.

“It’s a bad strategy,” Liu said, “but if you’re going on overseas vacation with your family—like my friend is—please take all your conservative relatives with you.”