Does Huang Kuo-Chang’s Recall Vote Boil Down To Older Versus Younger Voters?

WITH NPP CHAIR Huang Kuo-Chang facing a recall vote on December 16th, whether Huang can survive his recall vote regarding his support of gay marriage is, in some way, a sign of whether youth voters stand any chance of changing older, more traditionally conservative electoral districts such as Huang’s New Taipei 12th District, of which Huang is a native. Namely, while the DPP and the NPP may have swept into power in 2016 legislative and electoral elections with the use of Facebook, videos on social media, creative design, and other means aimed at winning over youth voters, this may not be effective in targeting older demographics. Members of the KMT as former spokesperson Alex Tsai have also taken to calling for Huang’s recall, Tsai expressing in a public statement that he looks forward to Huang being recalled in a Line group after being suspended from Facebook for three days for posting inappropriate content.

Older voters tend to absorb political information through different methods, such as through newspapers, television, Line groups, and etc. Although many memes have been made on social media by supporters of Huang and a number of infographic websites have laid out Huang’s positions and performance as a legislature, this may be no use if older voters simply do not absorb information through these means. Likewise, the referendum system may actually make it harder for Huang to keep his seat than for him to be elected. 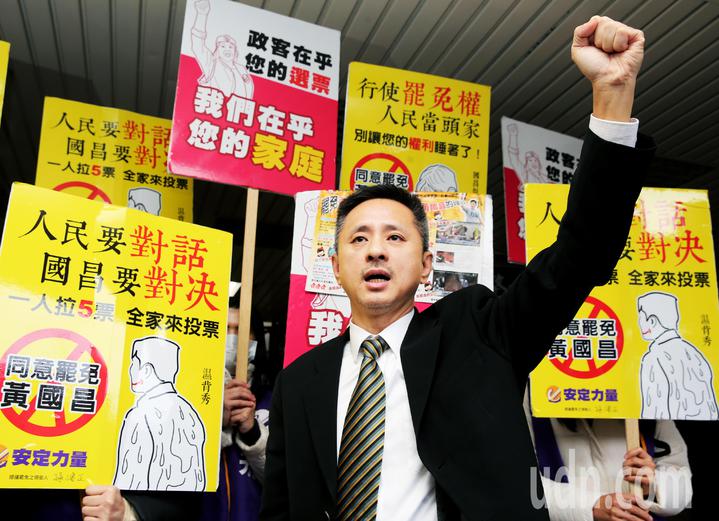 To that end, perhaps in order to target forms of media used by older demographics, Huang recently engaged in a televised debate with Sun Chi-cheng, chairman of the Greater Taipei Stability Power Alliance, the anti-gay marriage group primarily behind the recall campaign. Huang was the clear winner of the debate, mostly because of the inadequacy of his debating opponent. Among the strange claims that Sun made on air was that he had been informed by he had been told by a father that ten years ago, Huang Kuo-Chang had brainwashed his daughter, the false claim that the NPP supports the legalization of drugs, baseless accusations that Huang Kuo-Chang had engaged in vote buying, and Sun ended the debate by exhorting viewers to “Remember four characters on December 16th: ‘Recall Huang Kuo-Chang!’” (12月16日蓋下四個字「罷免黃國昌」) despite the fact that this is five characters (罷免黃國昌), not four. Neither has Sun has come off well in subsequent exchanges with Huang online. But, again, this may still not prevent those intent on recalling Huang from backing down if older voters truly view Huang’s position on gay marriage as so offensive.

In order to avoid conflicting with the DPP, Third Force parties that emerged after the Sunflower Movement such as the NPP ran in electoral districts that traditionally were light blue, with the DPP not running in these locations. The NPP won five seats as the only Third Force party to enter legislature, three through constituency seats, and two by party list vote. Handy Chiu of the NPP did not win in Hsinchu because of the fact that majority speaker Ker Chien-Ming of the DPP refused to make way for Chiu, unlike in other locations where the NPP ran candidates.

But while political areas that switch from pan-Blue to pan-Green tend to stay that way, this still remains to be seen regarding the NPP, which may have difficulty winning votes in the absence of DPP endorsement. Very likely, the results of the referendum regarding Huang Kuo-Chang will be seen as a referendum on the likelihood of Third Force parties as the NPP to continue to survive. With this in mind, other third parties such as the Social Democratic Party, Green Party, Taiwan Solidarity Union, and the Radical Wings Party have announced that they endorse Huang in the recall, although the DPP has not done the same. It also seems likely that the vote will be taken as a referendum on gay marriage, seeing as Huang is facing his recall vote solely over the issue of his support of gay marriage and no other issues that Huang supports or opposes.

The DPP has long since backed down from Tsai Ing-Wen’s campaign promise during 2016 presidential and legislative elections to support gay marriage due to DPP legislators being hesitant on the issue. And the DPP seems likely to come into conflict with the NPP in upcoming 2018 elections, given the NPP’s wide-ranging plans to run candidates all across Taiwan based on where it got larger vote shares in 2016 elections, rather than simply in districts in which it will not come into conflict with the DPP. It is a question, however, whether a possible defeat by Huang, the leader of the NPP, will be seen as a referendum on the party as a whole and this will damage the party’s election chances in upcoming elections. 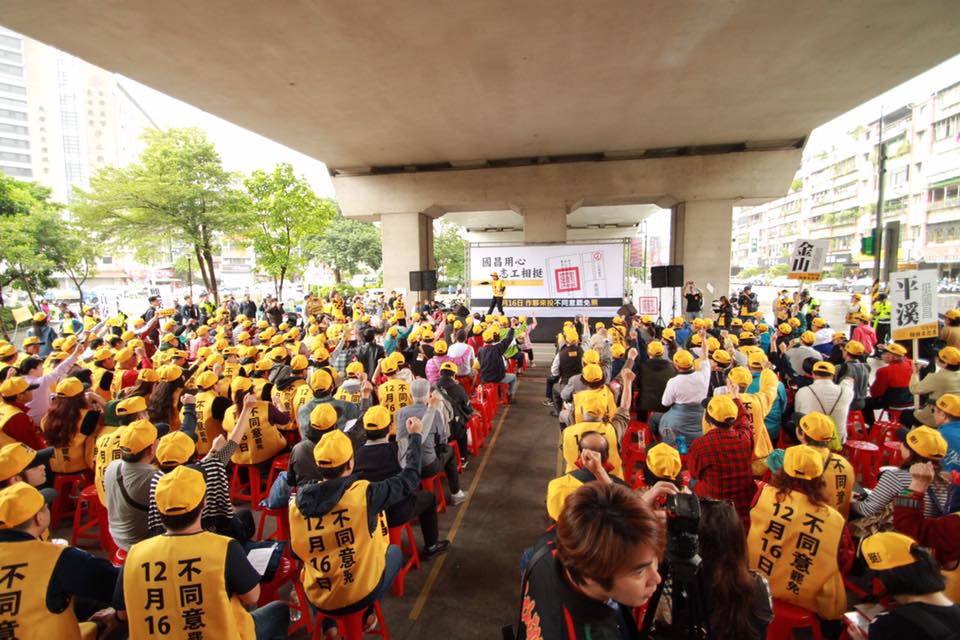 Perhaps the recall vote facing Huang Kuo-Chang can be seen as reflective of generational conflict, then, as a struggle between younger voters and older, more conservative voters, as well as conflict within the pan-Green camp between the younger NPP and the older DPP. But if Huang does in fact end up being recalled over his support of gay marriage, to little action from the DPP, this could also be inflaming of young DPP members who joined the party after the Sunflower Movement, yet find themselves increasingly disillusioned by the party’s backing away from the former progressive stances it once held. This could further fragment the party internally, as compounded by controversy over the DPP’s support of changes to the Labor Standards Act.

The results of the recall vote will become clear in time, then, but regardless of the outcome, it may have large implications for Taiwanese politics writ large.