WITH NPP CHAIR Huang Kuo-Chang facing a recall vote in his electoral district of Xizhi organized by groups opposed to same-sex marriage set for December 16th, the NPP may face difficult times ahead. Namely, if Huang is recalled, as the party leader and its most prominent figure, this highly narrows the political possibilities for other candidates in 2018 local elections. Overall, a defeat by Huang may be seen as a referendum on the party’s viability as a whole by the media.

If the party is seen by media as having little viability left after Huang’s defeat, the party may be seen as a party which was simply a flash in the pan which emerged from the 2016 Sunflower Movement, but was unable to genuinely establish political roots for itself. In a time of an increasingly weak KMT, this will simply strengthen the unquestioned position of the DPP, as well as lower the possibility for third party challengers to establish themselves, whether Huang’s NPP or other parties such as the Social Democratic Party or Free Taiwan Party. It also seems likely that the vote will be read as a referendum on marriage equality by the media, seeing as despite the fact that the Council of Grand Justices ruled that legislature must take action on same-sex marriage within two years, the DPP is still proving recalcitrant to move on the matter. 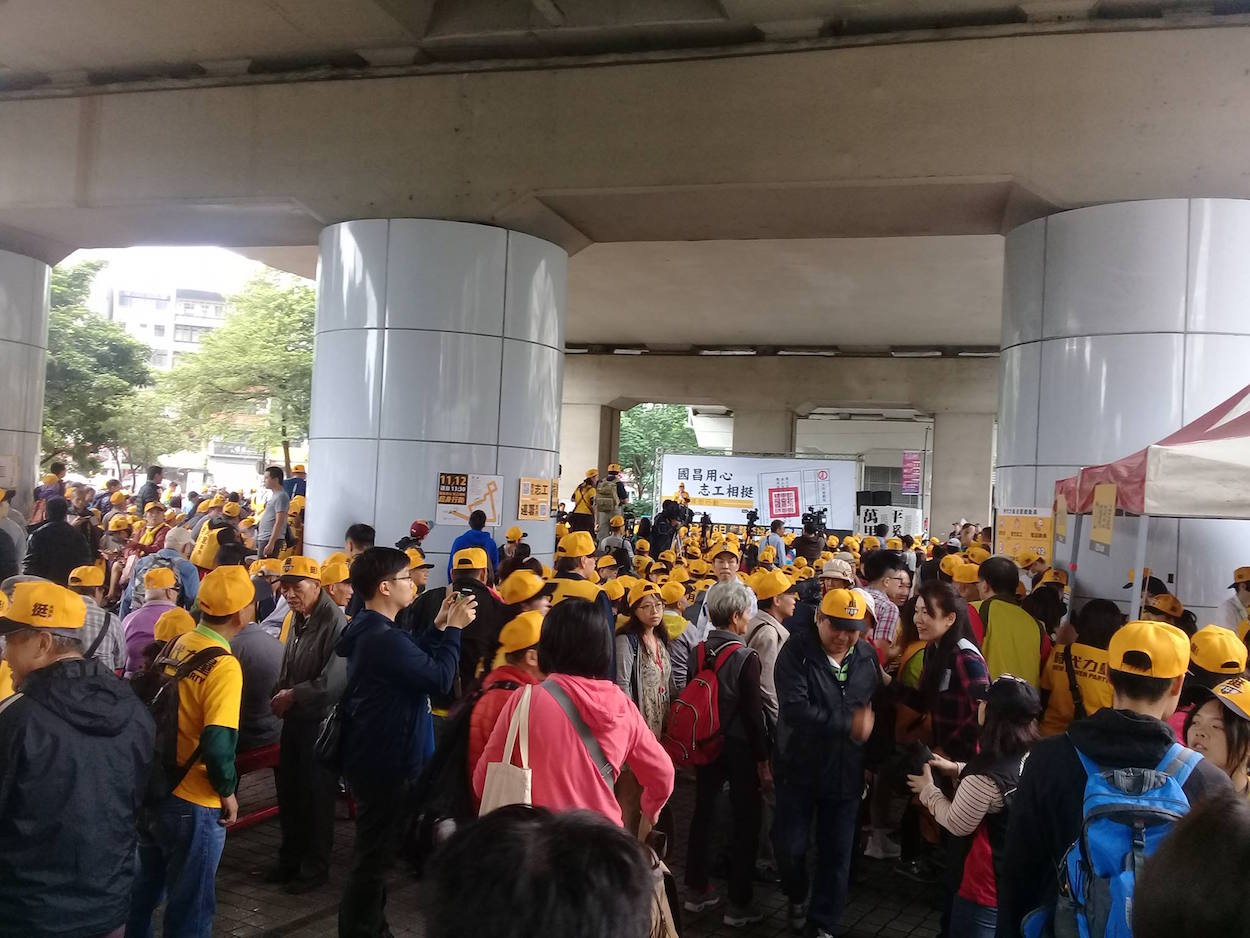 Nevertheless, Huang has stated that he does not intend to go back on his strong support for the realization of marriage equality at a time in which the DPP has largely reversed course on the issue, a campaign promise of Tsai Ing-Wen during 2016 elections. As such, the fact that Huang seems to be facing his recall vote with little support by the DPP gestures towards the DPP’s reversal or abandonment on a number of issues that it campaigned on in 2016 presidential and legislative election campaigns. The fact that Huang and the NPP are not being endorsed by the DPP, as they were in 2016 legislative elections to begin with as part of a cooperative strategy pushed for by Tsai Ing-Wen as a means to win the youth vote, likely indicates that the NPP and other third parties emergent from contemporary youth activism may not enjoy the endorsement of the DPP going forward.

The recall faced by Huang is ironic, seeing as Huang and other members of the NPP were among those that pushed for a lowering of the benchmarks needed to hold a recall vote for Taiwanese legislators, something pushed for by the post-Sunflower Movement advocacy group, the Appendectomy Project. It was originally hoped that this could be used as a means of unseating corrupt KMT legislators such as Alex Tsai, then a KMT legislator with a longstanding reputation as one of the KMT’s most corrupt party heavyweights. Alex Tsai currently stands accused of embezzling up to possibly over one billion NTD in stock from the Central Motion Pictures Corporation, formerly a state-owned enterprise during the time of KMT one-party rule in the authoritarian period.

As such, it is highly ironic that Huang is being targeted using the recall system he himself pushed for, as a means of removing corrupt legislators. Instead, the recall system is used to target Huang on the basis of a single issue—his support for gay marriage.

It remains an open question as to whether Huang will be recalled in the subsequent recall vote. Anti-gay organizations such as the “Protect The Family Alliance” which was instrumental in pushing for the recall petition against Huang currently have a reduced mobilization capacity, as evidenced in the lack of any substantial counter-protest by the “Protect the Family Alliance” to the 2017 annual pride parade in Taipei. On the other hand, civil society groups and youth activists have come together to defend Huang, with a wave of online campaigns, infographics, information websites, and political cartoons expressing support for Huang, and a number civil society actors who had actually been at odds with Huang in the past expressing support for Huang against the recall vote he currently faces. A rally was also held in Huang’s electoral district of Xizhi today in order to raise the profile of local support for Huang. 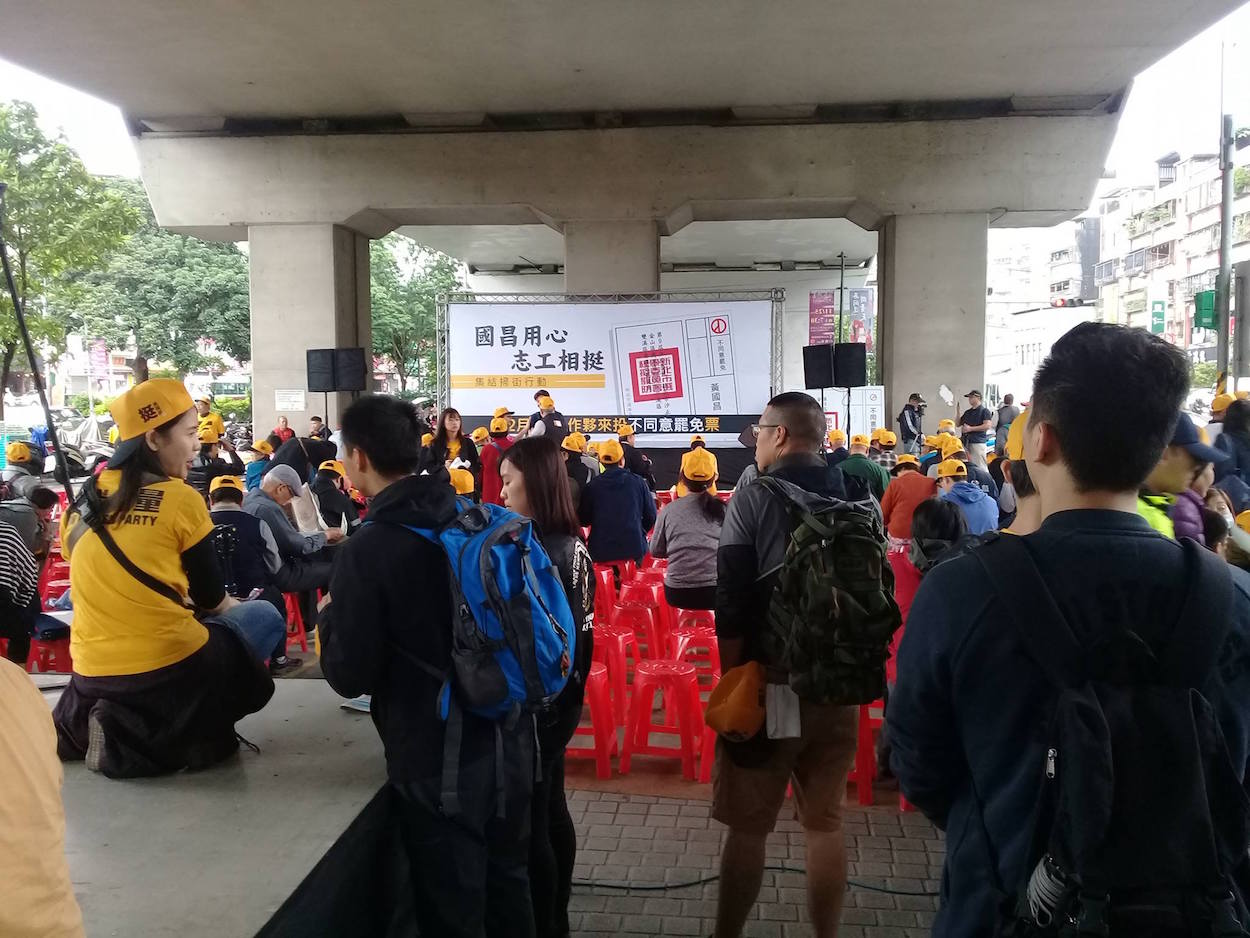 Nevertheless, Huang’s electoral district in New Taipei City is more on the conservative side, as a district which usually leans pan-Blue. It will ultimately be up to the voters of Xizhi whether they recall Huang. Seeing as New Taipei City has in many cases an older demographic, it is possible that campaigns supporting Huang online will have little effect on a demographic that may not be as Internet-savvy as the Sunflower Movement. Yet another further irony of this recall vote facing Huang is that Huang is a native son of Xizhi, part of his electoral district, having been born there and spent much of his professional life working in Taipei while commuting from Xizhi.

Perhaps one will simply have to wait until December to see as to the fate of Huang and the New Power Party, then.