Splits Deepen in the KMT After the Referendum

AFTER THE RESULTS of the referendum that took place earlier this month, internal splits have deepened in the KMT. What is notable, however, is to what extent these splits deepen the gap between moderates and hardliners within the party.

In particular, New Taipei mayor Hou You-yi has been blamed by some members of the pan-Blue camp for the referendum results. Hou hung back and refrained from participating in campaigning regarding the referendum, even attempting to organize a dinner with New Taipei city councilors that would otherwise be busy campaigning on referendum issues shortly before the voting day. 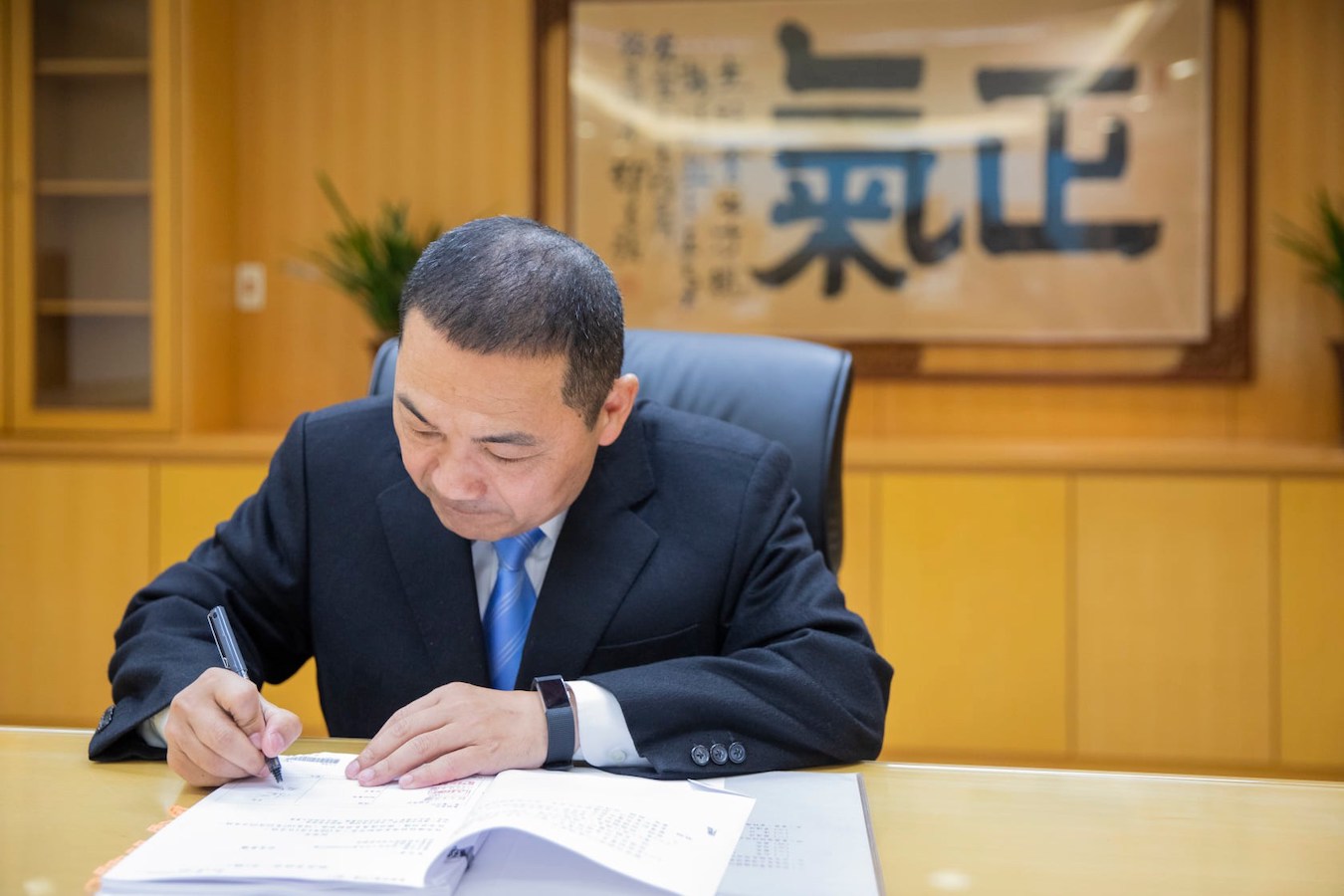 When pressed, Hou finally made a statement about the referendum on Facebook. But Hou did not commit to a specific stance, and instead stressed the overcoming of partisan differences in the referendum.

Hou’s actions, then, were criticized as potentially discouraging voters from voting in the referendum, a factor in why the referendum did not meet benchmarks to be binding–even if the KMT’s proposals were also voted down. New Taipei voted for the DPP’s “Four Nos”.

Hou’s position was more fraught, due to being New Taipei mayor. The restart of Nuclear Reactor No. 4 was one of the issues voted on, for example, and the reactor is located in New Taipei. KMT New Taipei mayors sometimes have to be less overtly supportive of nuclear energy than other KMT members because of the location of nuclear waste disposal facilities and nuclear reactors in New Taipei, something that many New Taipei residents are unhappy with.

Energy issues also affected voting in Taichung, given worsening problems of air pollution there. Taichung mayor Lu Shiow-yen also did not appear at KMT rallies regarding the referendum, but has not faced as much scrutiny.

Specifically, Hou You-yi is considered a frontrunner for the KMT’s presidential nomination in 2024. Hou has proven himself to be one of the KMT’s most politically savvy politicians, which may even be reflected in his lack of participation in the KMT’s referendum campaigns–he may have anticipated that the referendum would not be successful and not wanted to be tainted by association.

However, Hou is now accused of potentially being another Wang Jinpyng in the party. Wang formerly served as the leader of the comparatively pro-localization “Taiwanese faction” of the KMT and been the majority speaker for the KMT, but was criticized for being a turncoat in the mold of Lee Teng-hui because of his unusual closeness to members of the DPP, leading then-president Ma Ying-jeou to try and oust him from the party during the “September Political Struggle.”

Hou was formerly deputy mayor under Eric Chu, who is now KMT chair, during Chu’s stint as New Taipei mayor. Nevertheless, there has been speculation that despite vowing not to run for president as KMT chair and instead to try and cultivate the strongest presidential candidate for the party, Chu may hope to run for president himself.

Relations between Chu and Hou, either way, are rocky. In this sense, splitting the position of party chair from that of the presidential candidate–a decision that the party establishment seemed to arrive at to prevent Han Kuo-yu from taking control of the KMT–may lead to power struggles within the party. 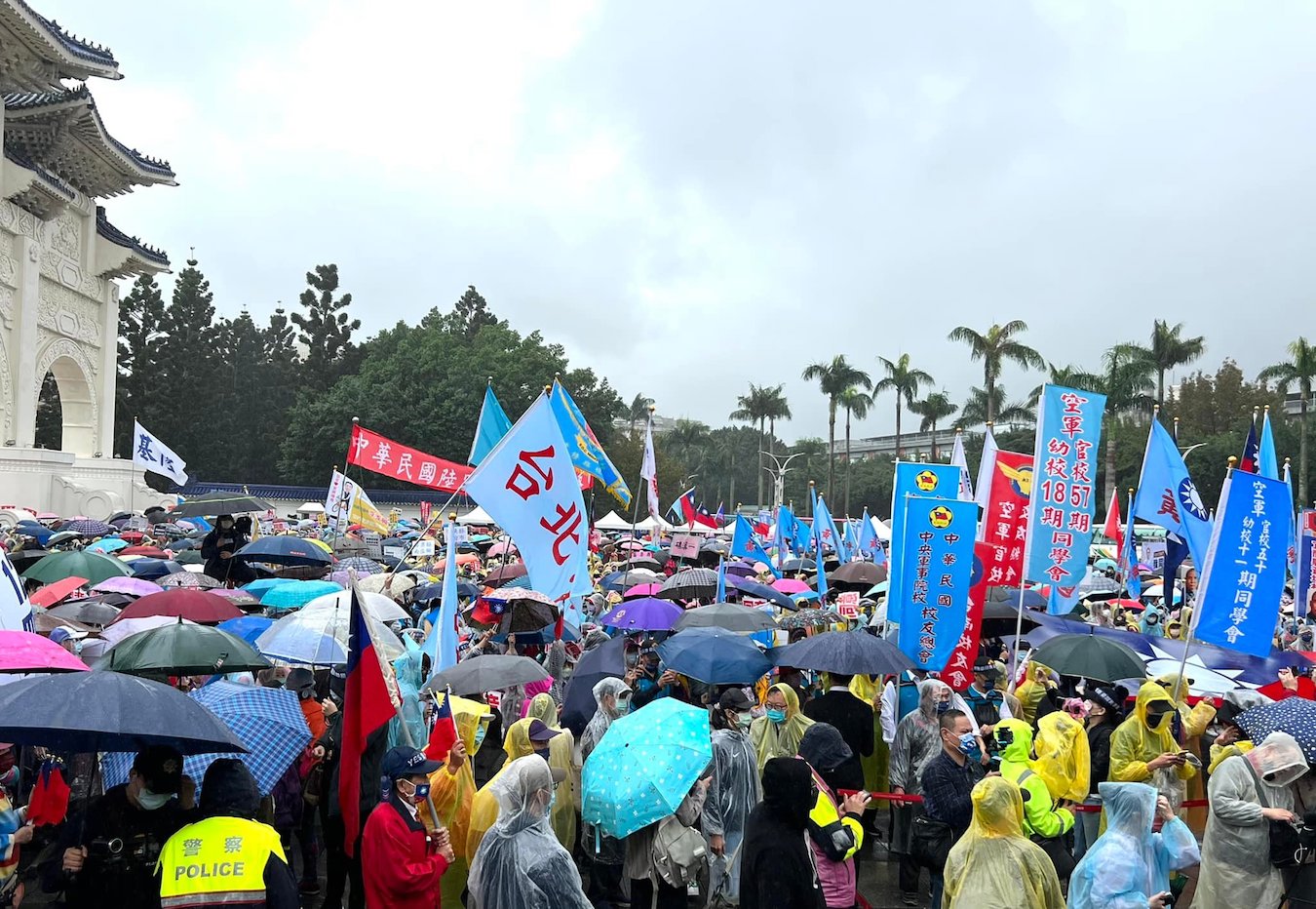 If Hou is being blamed for being too moderate on the referendum, however, Broadcasting Corporation of China chair Jaw Shaw-kong and his “fighting Blue” faction of the KMT is also seen as contributing to internal splits. It is thought that this resulted in KMT voters being unwilling to go out and vote. Jaw and other party members, who were strongly supportive of Han Kuo-yu during his 2020 election or are among the KMT’s military veteran factions, are also accused of contributing to the increasing drift of the KMT toward hardline positions.

Such hardline positions may have alienated the party from the public at a time in which the KMT seems to have lost the support of young people entirely and is increasingly out of touch with moderates. In the meantime, current chair Eric Chu, who is uncomfortably wedged between these various factions, has also been scrutinized for weakness.

Following the referendum, then, one can expect much bloodletting with the KMT–targeting both hardliners and relative moderates. At the same time, this may only contribute to a split between both sides, deepening a widening chasm within the KMT.