IT SEEMS THAT articles that treat Taiwan as a geopolitical chess piece–with no agency of its own–are a dime a dozen these days. The latest example may be a piece in the Asia Times by Gabriel Honrada, which touts dramatically in its headline that the “US mulls scorched earth strategy for Taiwan.”

First, it bears pointing out that the title of the piece is misleading. Honrada makes this claim in light of recent comments by former US national security adviser Ambassador Robert O’Brien at the Richard Nixon Foundation’s Grand Strategy Summit. Of course, O’Brien no longer holds office, having served under the Trump administration. As such, his comments cannot be said to represent the US. 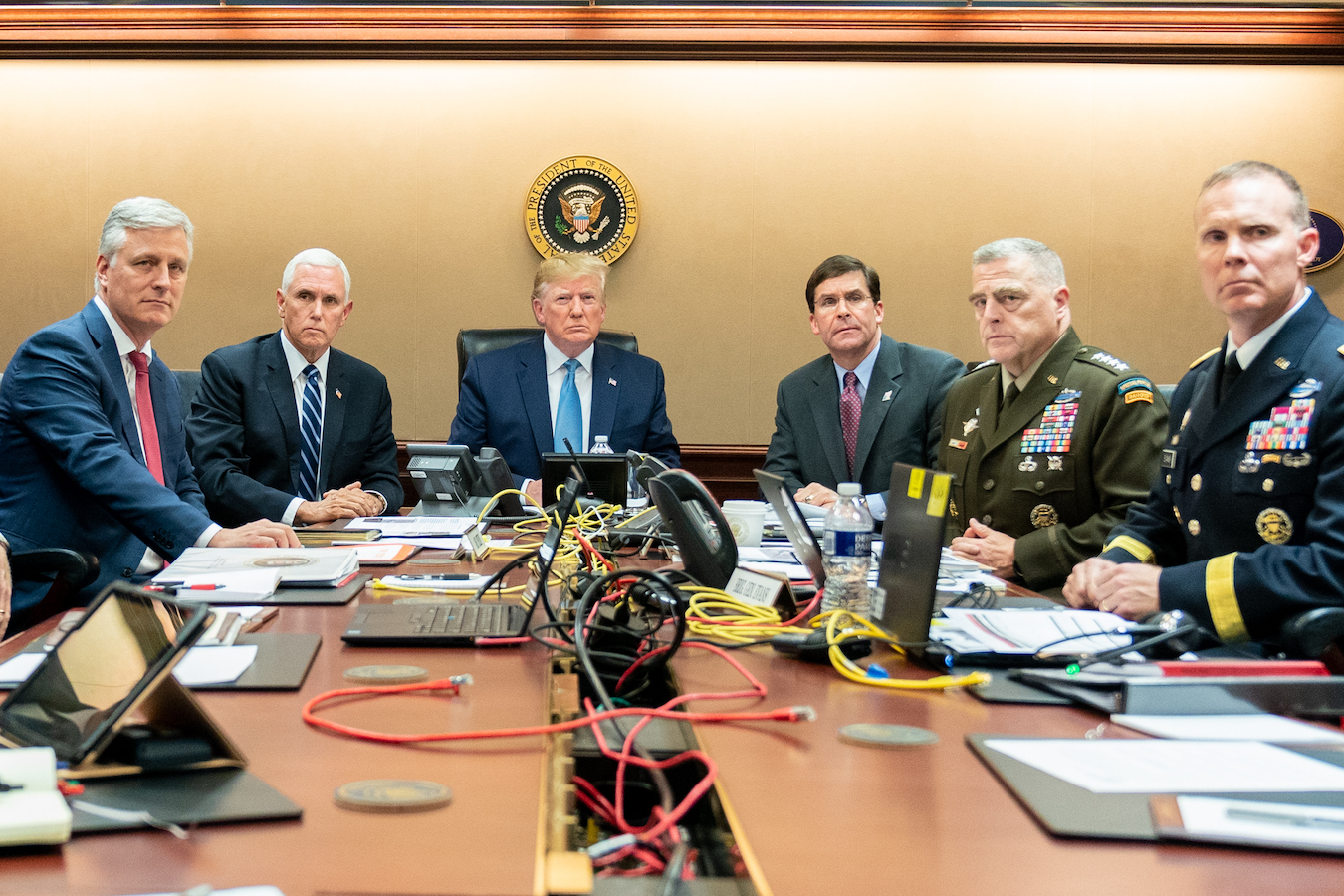 Robert O’Brien on the far-left, former US president Donald Trump (center), and other members of the Trump administration.

This takes place after the US Army War College Press published a paper in November 2021 suggesting that the US take this course of action. As such, some US military thinkers have evidently contemplated the idea.

Otherwise, Honrada’s article proves a grab bag of sources to justify the grandiose claim of the title. Honrada cites both former KMT chair Hung Hsiu-chu, a fringe politician most recently sighed in Xinjiang to praise China’s “anti-terrorism” efforts there and deny allegations of ethnic cleansing, and the Chinese state-run tabloid Global Times as though they were credible sources.

Indeed, there is perhaps a justified note of caution in suggesting that the US may try and throw Taiwan under the bus to avoid conflict, if needed. Even as support for Taiwan by both Democrats and Republicans is increasingly bipartisan, one observes the periodic proposals made in policy circles to trade off Taiwan to China in return for concessions on trade–as was most often proposed in recent memory under the Trump administration.

The US has made moves to try and reduce reliance on the dangerous chokepoint of Taiwan, which produces most of the world’s advanced semiconductors, through the CHIPS Act and other measures. At the same time, it frames the CHIPS Act as benefiting US-Taiwan cooperation. It is not unthinkable that the US would try and reduce reliance on Taiwan even while framing this as a sign of greater cooperation.

Yet Honrada only acknowledges that “Taiwanese leaders would not want to destroy the island’s semiconductor industry, as it would lose a powerful bargaining tool to manage the complex interests of the US and China.”

However, it is more than that. It is hard to imagine any scenario in which Taiwanese political leaders would find it acceptable to destroy the island nation’s most vital industry for the sake of US interests, with no benefit to Taiwan. It is hard to imagine any way that the Taiwanese population would find evacuating a small segment of the population and nobody else to be politically acceptable. It is to be questioned if TSMC workers themselves would accept this, since this means abandoning family and friends.

Likewise, Honrada’s piece and its echoing of the notion that only TSMC workers might be evacuated for the sake of US interests seems to misunderstand something about Taiwan’s position in global semiconductor manufacturing. This is not only due to the human capital and know-how of TSMC engineers but due to the billions of dollars worth of fabs built in Taiwan. It is hardly as though Taiwan’s semiconductor prowess could be replicated overnight elsewhere just by airlifting TSMC engineers out of Taiwan, as though this were simply a matter of plug and play. 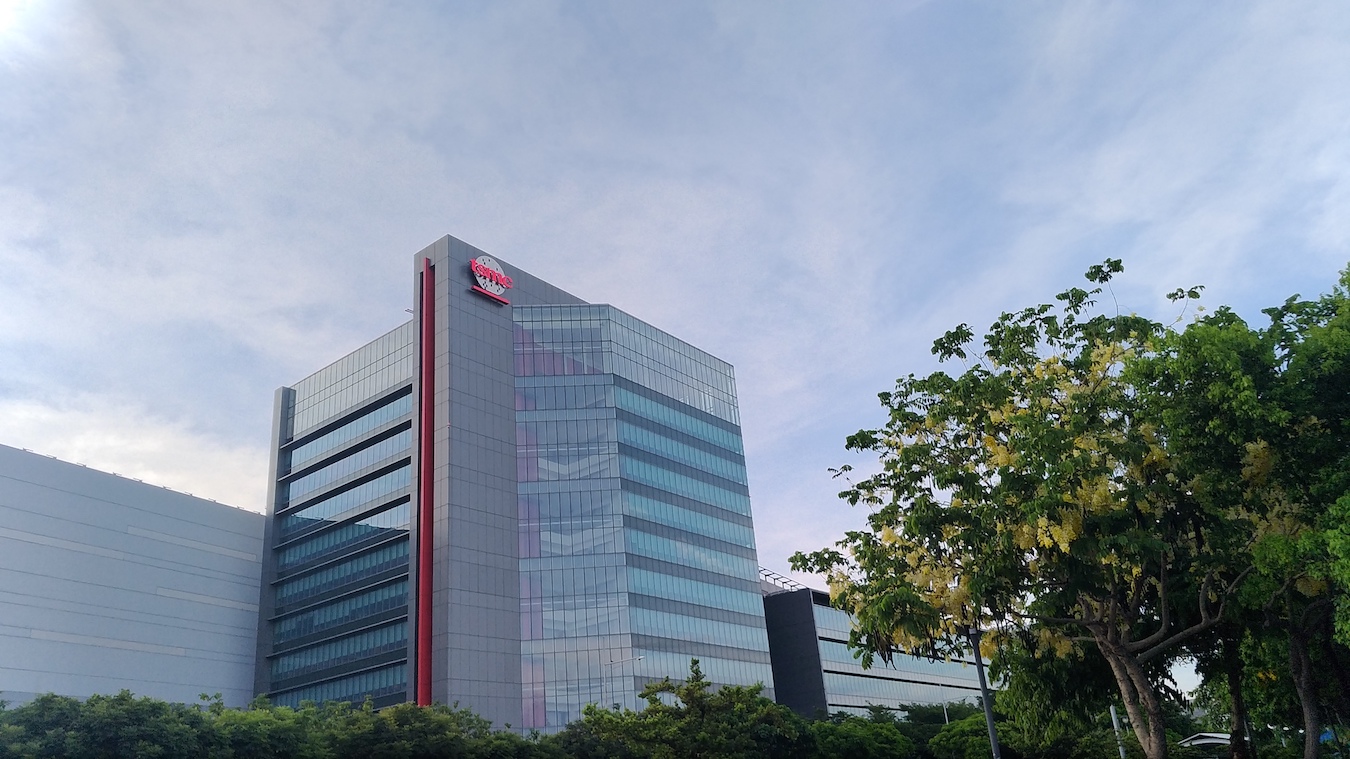 There seems to be no sense, then, of how Taiwanese would hardly find evacuating a small segment of the population while leaving the rest to die, and destroying key infrastructure for the sake of another nation, to be something they would accept. In the article, Taiwan is viewed as having no agency of its own against US interests.

But one notes that such claims have increasingly become a pan-Blue talking point in recent times, with the KMT and pro-China actors in Taiwan claiming that the US will rapidly abandon Taiwan once they drain it of its semiconductor prowess.

There is a note of caution that is necessary here regarding where US interests may diverge from Taiwanese interests. However, this ignores that Taiwan was geostrategically important before its current dominance of the semiconductor, such as with regards to maritime shipping routes that pass through Taiwan, or how China’s ability to project power across the Pacific endangers the interests of neighboring nations in a highly threatening manner if it takes Taiwan.

One expects not only the pan-Blue camp to double down on such claims going forward, but also Chinese state-run media and disinformation efforts. It will not be surprising if other publications repeat these claims uncritically.