SURANGEL WHIPPS JR., the president of Palau, is currently visiting Taiwan as part of a diplomatic delegation intended to mark the start of a “travel bubble” between Taiwan and Palau. As part of the travel bubble, tour groups will be allowed to visit both locations for eight days without the normal fourteen-day quarantine measures required for business travel. Taiwan and Palau are three-and-half hours away from each other by plane.

On Thursday, 110 Taiwanese travelers who have booked tour groups as part of the “travel bubble” arrangements will travel to Palau, with Whipps returning to Palau on the same flight. It is anticipated that Taiwan and Palau could see up to sixteen flights weekly, with Whipps stating that he hopes to see up to 100,000 Taiwanese tourists to Palau per year. Taiwanese travelers in Palau will stay at designated hotels and shop at set times, to minimize the chances of spreading COVID-19. At the same time, Palau tours have been criticized as expensive, making it difficult for travel agents to advertise the trips. It is to be seen how many Taiwanese tourists will take up the offer. 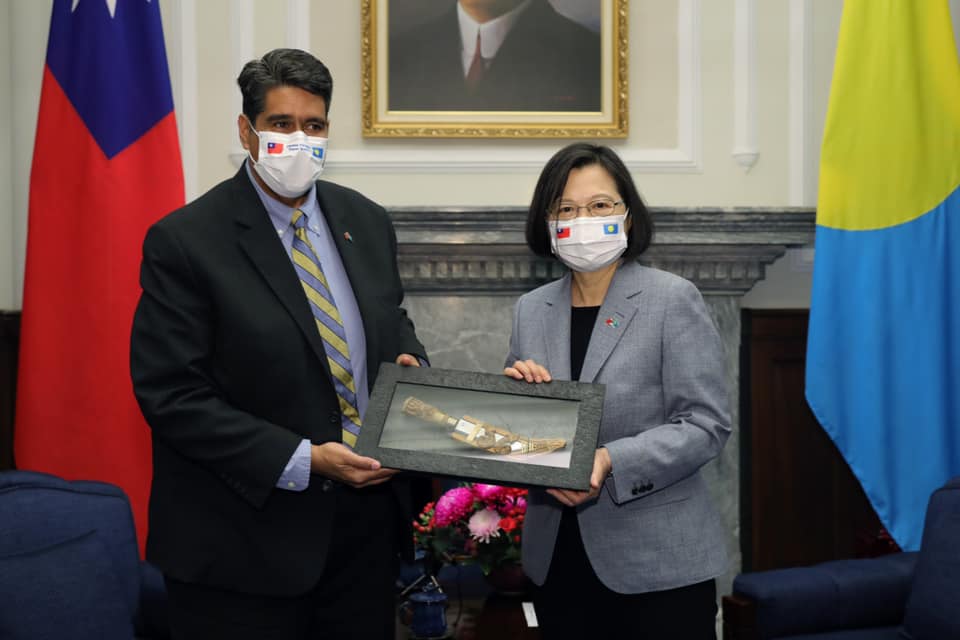 Palau is one of Taiwan’s fifteen remaining diplomatic allies and has managed to be COVID-free for the duration of the pandemic. As with Taiwan’s other diplomatic allies, Taiwan is much larger than Palau, given Palau’s population of 18,000 compared to Taiwan’s population of 23 million. Palau’s economy is highly dependent on tourism, as a result of which the island nation may be hoping to boost the economy through Taiwanese tourism.

Nevertheless, if there were a case of COVID-19 transmitted from Taiwan to Palau, one imagines that this would have large diplomatic ramifications, as this would damage Palau’s reputation as a COVID-free nation. It previously became a large domestic political issue in Taiwan and Palau after a COVID-19 cluster was linked to a Taiwanese navy vessel that traveled to Palau as part of a diplomatic visit last year.

Other political moves that have taken place in the background of the Whipps visit are worth remarking on. The US ambassador to Palau, John Hennessey-Niland, was among those to visit Taiwan as part of Whipps’ delegation. This is the first time that a US ambassador has visited Taiwan in the 42 years since Taiwan and the US broke diplomatic ties.

It is notable that neither the Tsai nor Biden administration trumpeted the visit by Hennessey-Niland, instead quietly inserting Hennessey-Niland into Whipps’ delegation. This differs from the approach taken by the Trump administration, during which historic visits to Taiwan by high-ranking American officials were high-profile events that both the Trump and Tsai administrations used for diplomatic grandstanding about strengthened US-Taiwan ties.

In the same timeframe, Taiwan and the US signed a memorandum of understanding (MOU) regarding cooperation between the two countries’ coast guards. It has been an object of particular concern over the past few years that Chinese “grey zone” tactics directed at Taiwan are on the rise, with Chinese civilian vessels infringing upon maritime waters belonging to Taiwan, or the militarization of the Chinese coast guard. A specific target of Chinese grey zone tactics has been outlying islands of Taiwan, as seen in Chinese vessels conducting sea dredging off the coast of Matsu. The Chinese government is more and more aggressive about maritime claims; the Philippines is currently contending with a flotilla of Chinese fishing vessels occupying a disputed reef claimed by both China and the Philippines. 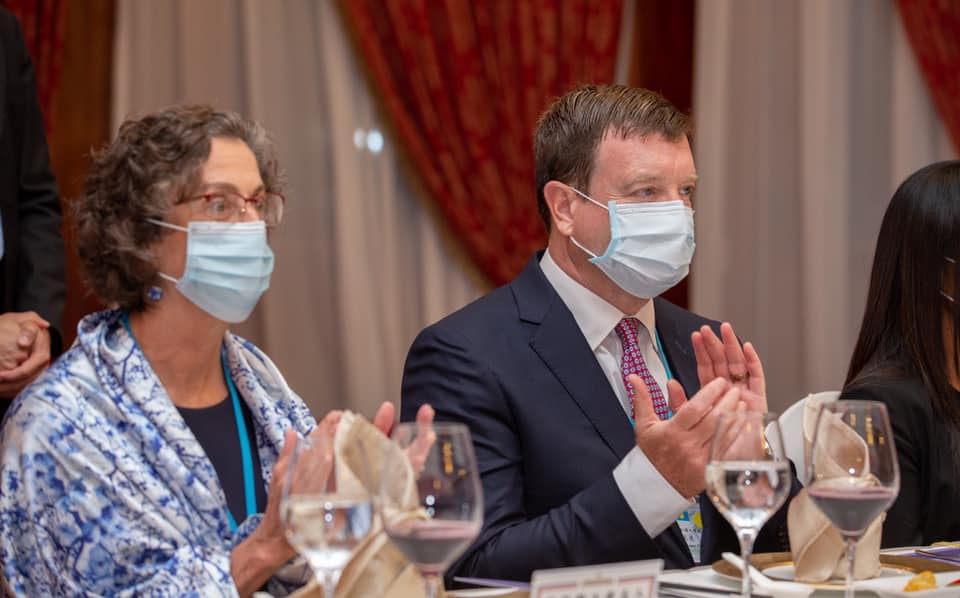 Moreover, the signing of this MOU in a similar period to the visit to Taiwan by Whipps and Hennessey-Niland signals American concern regarding Pacific island states as linked to maritime sovereignty issues vis-a-vis Taiwan, with the suggestion that the US, Taiwan, and Palau could strengthen coast guard maritime cooperation. China has militarily threatened US territories such as Guam that would serve as staging grounds for US naval actions in the Indo Pacific and, to this extent, also poses a threat to Pacific island nations. Significantly, the Biden administration recently announced the Small and Less Populous Island Economies Initiative, which would place new focus on ties between the US and Pacific states.

Yet, again, at the same time, the Biden and Tsai administrations kept the signing of the MOUs a relatively low-profile event. As observed during the Trump administration, the Tsai administration might have otherwise wished to highlight the MOU as a diplomatic success for the sake of domestic politics.

However, this sometimes seemed to backfire for the Tsai administration even during the Trump administration, which hoped to hit back at China by touting strengthened diplomatic ties with Taiwan. An example would be the cancellation of planned trade talks during a visit to Taiwan by US State Department Undersecretary Keith Krach, due to apparent dissatisfaction regarding the Tsai administration making the visit into too high-profile of an event. But keeping a low-profile may be a suitable approach for the Tsai administration at present, in order to avoid being perceived as dangerously disruptive to regional stability—a risk faced by any Taiwanese leader.