INDIGENOUS GROUPS have been critical after a performance held by the Presidential Office as part of new year’s celebrations, during which President Tsai Ing-wen gave a national address.

In particular, the performance featured five performers that were supposedly dressed as Amis Indigenous, singing traditional songs. Nevertheless, Indigenous groups such as the Indigenous Youth Front have criticized this performance as an act of cultural appropriation, seeing as the clothing worn by the performers was not authentic to cultural customs, appeared to be cheaply rented costumes, and the songs performed fit Han stereotypes regarding Indigenous traditional music.

This was not the only controversy that the new year’s commemoration organized by the Presidential Office caused. Suggestions that Taipei mayor Ko Wen-je was snubbed by the Tsai administration began after photos of him standing alone, some distance away from other attendees, started to circulate on the Internet. The Presidential Office responded to this controversy by highlighting that Control Yuan head Chen Chu was standing a similar distance away from other attendees.

Either way, the performance was intended to spotlight the accomplishments of Taiwan’s frontline medical workers that had participated in the fight against COVID-19, with Minister of Health and Welfare Chen Shih-chung leading the singing of the national anthem. Likely to avoid blowback, in its statement, the Indigenous Youth Front emphasized that its criticisms were not to denigrate the work of medical workers.

Nevertheless, what the Indigenous Youth Front sought to do in its statement was to draw attention to the fact that the stereotyped depiction of Indigenous continues to take place at high levels of government. The offensive depiction of Amis at the new year’s performance occurs in spite of the fact that senior government officials such as Presidential Office spokesperson Kolas Yotaka are Amis.

As such, the Indigenous Youth Front has called on the Presidential Office to apologize. Namely, this is not the only such incident in past years. During Tsai’s inauguration in May 2016, a performance that preceded Tsai’s inauguration speech also featured a racist depiction of Indigenous as a happy singing and dancing peoples, and passed over Han settler colonial violence against Indigenous.

The performance, which was entitled “Taiwan’s Light”, staged Taiwan’s last four hundred years of history, but began with Portuguese sailors discovering Taiwan rather than the thousands of years that Indigenous have inhabited Taiwan. To this extent, the narration for the performance referred to Indigenous as having “primitive and uncultivated customs” that required civilizing from western missionaries. The Han settlement of Taiwan was also depicted as an act that took place without any real explanation, following which Indigenous seemed to depart the stage of Taiwanese history entirely. This took place even as Indigenous singer-songwriter Panai also performed at the inauguration, along with Hakka folk singer Lin Sheng-xiang and indie rock band Fire EX. 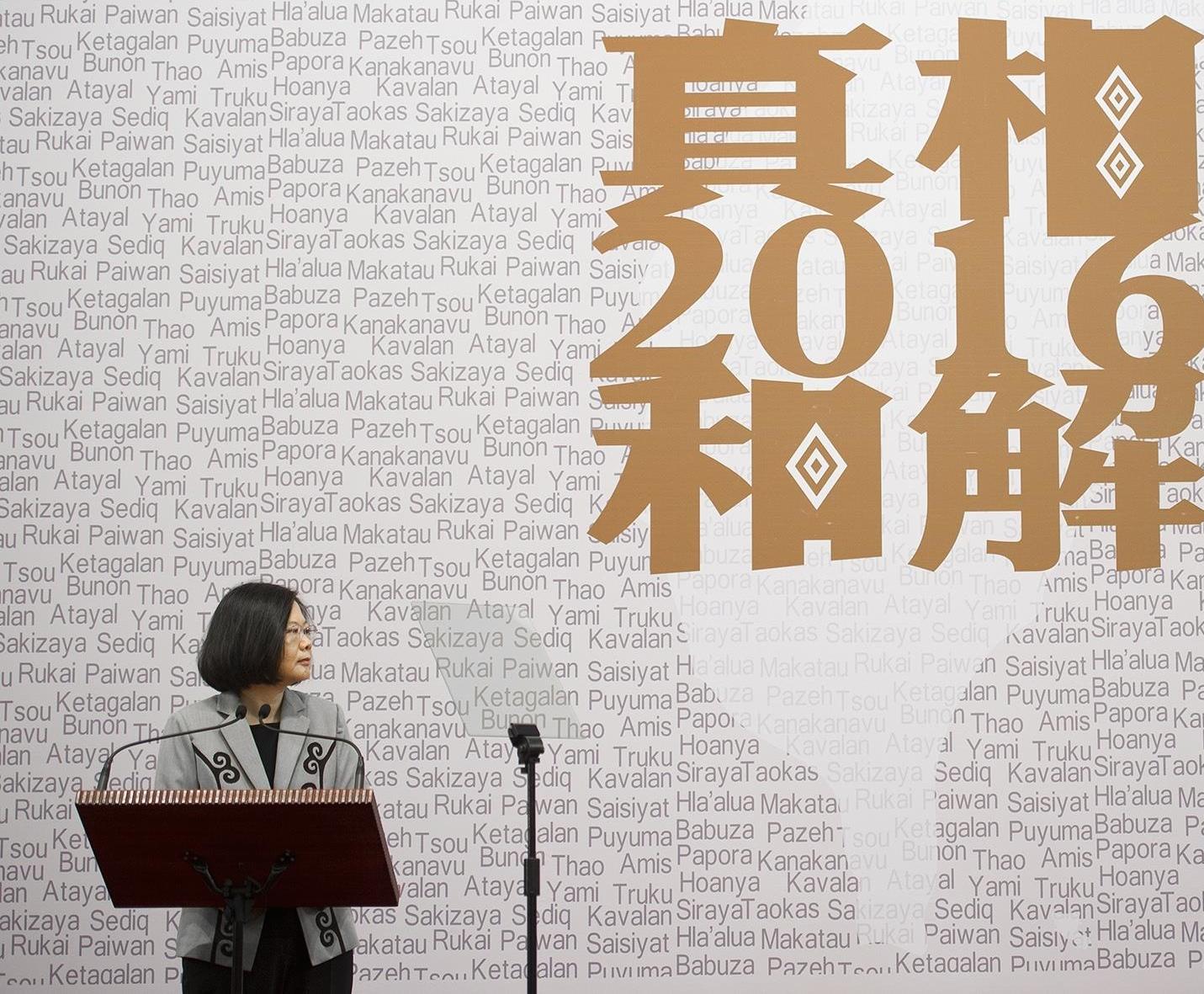 It may not be surprising that despite Tsai Ing-wen’s historic apology to Indigenous on behalf of the ROC state in August 2016, such incidents cast doubt on the sincerity of the government to take action, when evidently stereotyped and racist depictions could still take place on the national stage. Indigenous groups were later further outraged by the Tsai administration’s refusal to return Indigenous traditional territories that were in private hands, only returning territories that were public property. This failure to return Indigenous territories was criticized as the Tsai administration failing to live up to its campaign promises.

Yet incidents such as the “Taiwan’s Light” performance or the performance that took place over new year’s this year should be of greater concern, seeing as while Luo may have ventured off-script as an individual, the two performances represent systematic failures. That is, they gesture towards how stereotyped and racist views of Indigenous still exist at the highest levels of government. How this is to be changed remains to be seen.