A RECENT BLOG post by writer Tanner Greer entitled “Why I Fear for Taiwan” argues against less ambiguous policy by America regarding Taiwan. As Greer would have it, Taiwan is not sufficiently committed to its own defense to warrant more direct commitments by the US toward Taiwan. And so the US should continue to maintain an ambiguous attitude regarding whether it is committed to defending Taiwan.

The post by Greer was widely circulated and discussed on social media, particularly among analysts. In arguing against a less ambiguous American stance in the post, Greer claims that he has amended previous views regarding Taiwan as previously published in a 2018 piece of his in Foreign Policy during which he argued—citing two then-recent studies—that Taiwan could possibly win a war with China, even without American aid.

Putting aside the question of whether Taiwan can, in fact, defeat the Chinese military in the event of an invasion, one notes that Greer’s claimed basis for his shift in verdict is rather unquantifiable. Greer’s attempts to claim that his views shifted in conversation with Taiwanese counterparts, claiming to have heard identical statements from both pan-Green and pan-Blue specialists regarding Taiwan’s defense. 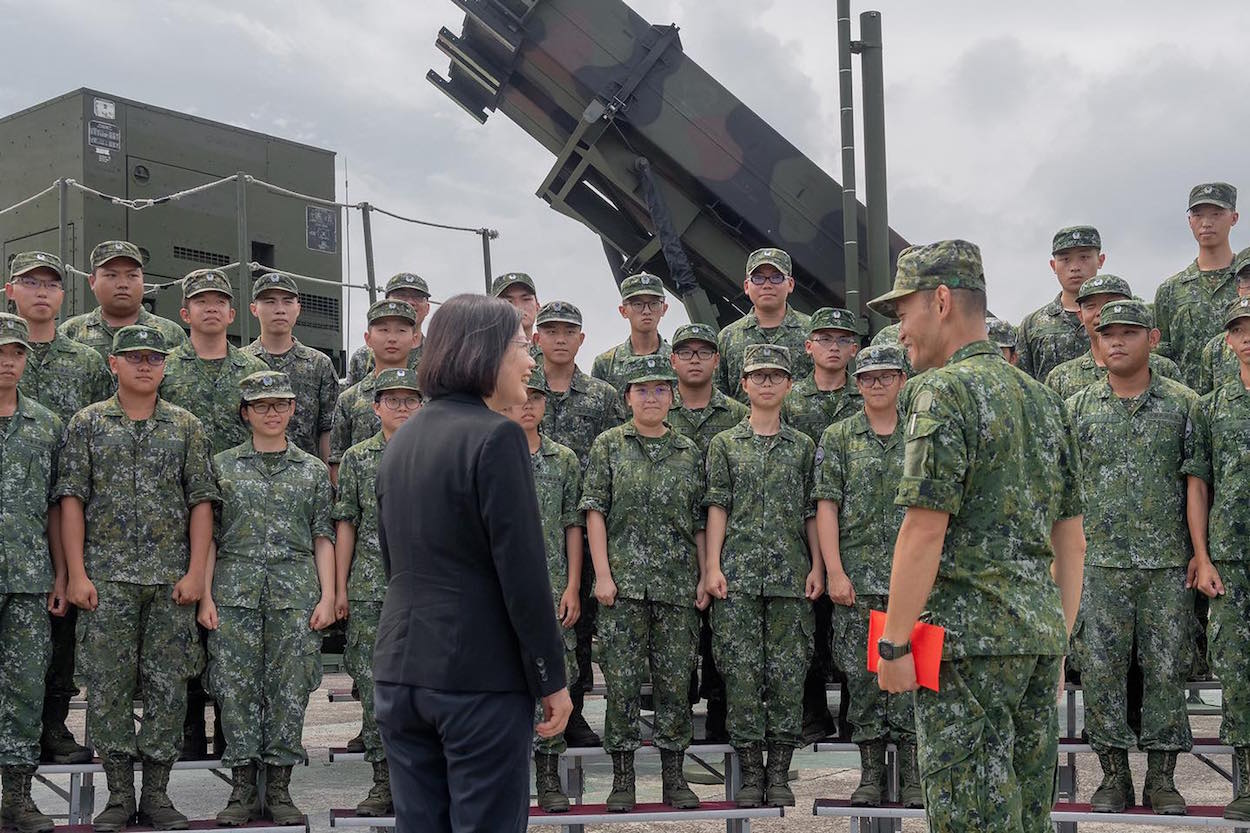 But firstly, as evident in examining the names cited in Greer’s article itself—even down to the choice of photo that Greer uses at the start of his blog post—Greer’s sources are generally deep Green critics of the Tsai administration. These are individuals with a bone to pick against because of the perception that Tsai has not done enough to push for Taiwanese independence, some with a record of seemingly hating Tsai out of misogyny more than anything else, and a history of engaging in absurd conspiracy theories about Tsai’s educational background.

Moreover, Greer’s sample size is minuscule. While Greer claims to have conducted interviews with recent conscripts from the Taiwanese military over the course of size months his sample size proves to be a total of…twenty-four individuals.

Likewise, Greer generally fails to even consider that many of his Taiwanese sources may have their own agenda in telling him that Taiwan’s defense is weak. From pan-Green sources, this may be because of the belief that Taiwan needs more arms sales from the US and access to better military technologies in order to protect itself—hence why they would bemoan the state of Taiwan’s defense to Greer, an American, in the hope that Greer would push for stronger American support of Taiwan—something which evidently had the opposite of intended results. From pan-Blue sources with a pro-China political agenda, this may be because they precisely wish to discourage Americans such as Greer from thinking that Taiwan is worth defending, by stating that Taiwan has no willingness to defend itself.

To this extent, Greer’s claimed basis for shifting verdicts on Taiwan’s defense readiness is not even any new studies on the matter, but unquantifiable factors such as “a spirit of defeatism”, which Greer sees in the fact that most ex-conscripts Greer spoke to do not think that Taiwan could not fend off China. Greer thus comes to the conclusion that, “If the Taiwanese willed it, they could make their island an impenetrable fortress,” but that Taiwanese do not.

Simply put, it is the subjective lack of enthusiasm of the Taiwanese that Greer spoke to for war with China that leads him to believe that Taiwanese cannot fight off China rather than by analyzing any objective factors.

But given such conclusions, one wonders why anyone takes any analysis by Greer seriously in the slightest. For one, in what world would Taiwan ever be able to militarily fight off China, pound for pound, man for man? Taiwan is and will always be smaller than China in terms of geography, population, the size of its army, economy, and so forth. This will never change, now or ever.

Consequently, Taiwan’s military capacity can only hold off a potential invasion by China until intervention by another power, such as the United States, or to make the human cost sufficiently high for China that this is beyond acceptable losses for China to invade Taiwan. There is no scenario in which Taiwan could militarily defeat China if China has decided that it is willing to make any necessary sacrifice to take Taiwan—Taiwan could only ever “defeat” China if it would cost too much for China in terms of loss of life or resources to take Taiwan that China decides it is no longer worth it to keep fighting. 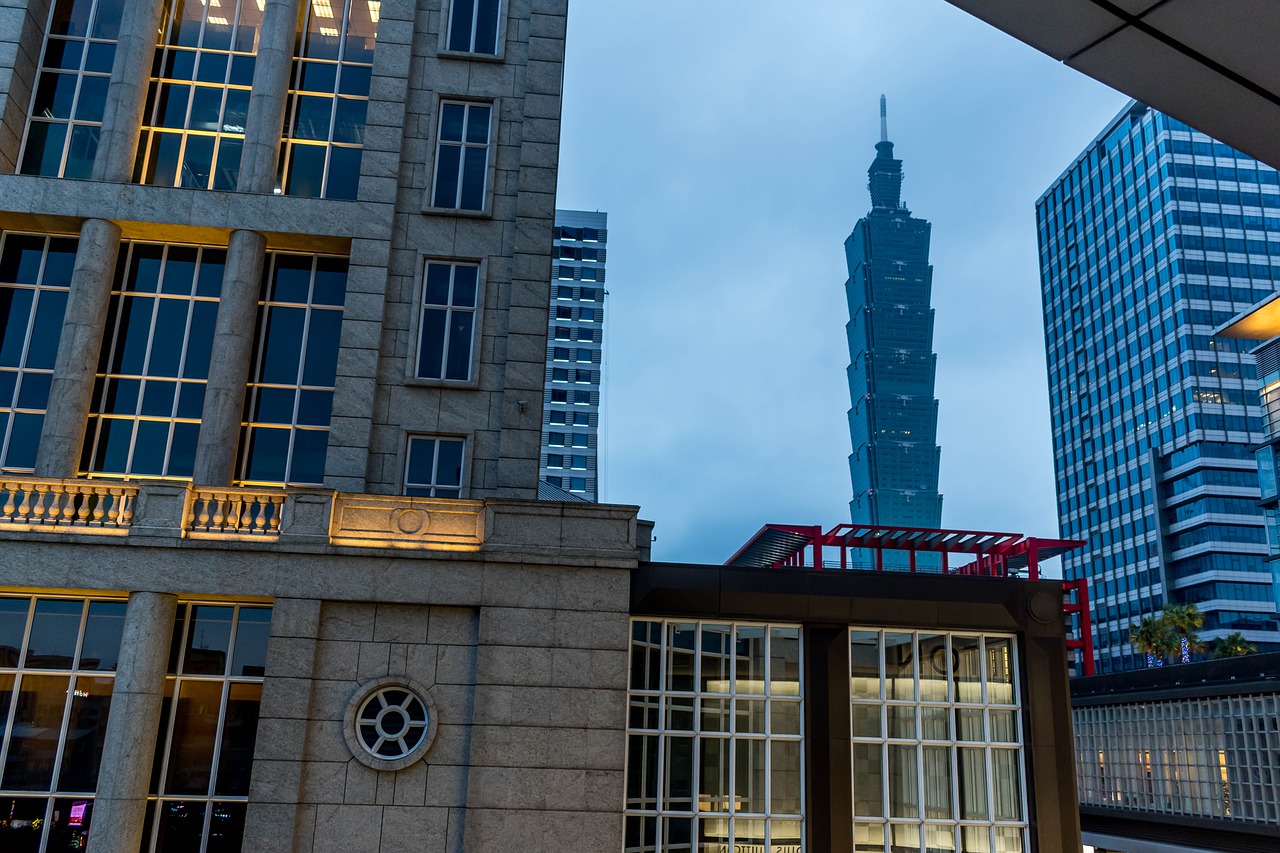 One wonders what Greer imagines as a Taiwanese victory over China, then—retaking the Chinese mainland? In Greer’s world, it seems that just being enthusiastic enough about warfare is sufficient to carry out the impossible.

Indeed Greer undercuts his own conclusions, complaining about how Taiwanese do not buy the right military equipment despite the fact that according to him, “Everyone knows” what military equipment Taiwan needs to purchase, and that “Every single study of every single think tank that travels to Taiwan comes away making [the same] recommendations.” Greer complains about military purchases of Abrams tanks rather “than [that Taiwan] adopt the military model of other small and middle powers facing large threats” and make equipment purchases accordingly. In complaining about lax training, Greer comments that, “One reason for the lax training is a shortage of supplies. The ROC Army has a shortage of bullets. Again and again I was told stories of officers who would fake training exercises in order to save on spare parts.”

Greer claims, then, that the only incentive that Taiwan has to modernize its army is strategic ambiguity, otherwise Taiwanese young people will not see any willingness to fight in the army—a rather remarkable conclusion.

Greer seems to belie his apparent complete lack of knowledge of where Taiwan procures its military supplies from, then. It is largely the US that decides what arms to sell to Taiwan, not Taiwan. Arms purchases that the Taiwanese government has long desired for its defense, such as upgrading its fighter plane fleet or obtaining submarines, have been nixed by American presidential administrations in the past—often out of domestic political concerns.

Likewise, regardless of what equipment the US does decide to sell to Taiwan, Taiwan must accept regardless of what it is—this in order to signal continued military ties to the United States to China. The KMT has sought to criticize arms purchases by DPP administrations as being useless, in framing this as being forced to purchase unwanted American military equipment, as a means of trying to sabotage ties with the US. At the same time, it is not incorrect either that pan-Green administrations do not always have as much say in what arms that Taiwan purchases from the US as they would like. And one notes that problems regarding morale in the army are contributed to by the belief that no other power would intervene to assist Taiwan in the event of a Chinese invasion—something that American strategic ambiguity has contributed to.

As pointed out by in reactions to Greer’s essay by Taiwanese commentators on social media, American commentators have a tendency to flip-flop between the stances of criticizing Taiwan as not doing enough for its own security, bemoaning Taiwan as all but lost to China, or accusing Taiwan as being too provocative of China in seeking to defend its sovereignty. Greer’s mindset, then, is reflective of little else except an insular American imperialist mentality—victim-blaming of Taiwan in the worst sense to rationalize American policies that have used Taiwan as a geopolitical pawn of the US for decades while posing as Taiwan’s ally.

Taiwanese would have every right to be outraged at the US. Despite being a supposed ally of Taiwan, America has instead long seen fit to suspend Taiwan in diplomatic limbo through such policies. To begin with, America was the original cause of Taiwan’s expulsion from the international community when it decided to recognize the PRC over the ROC in 1979.

Ironically, this has not prevented a great deal of uncritical idealization of America in Taiwan. But that this dimension of the US-Taiwan relation has hardly occurred to Greer is a stunning example of a profound lack of self-consciousness. 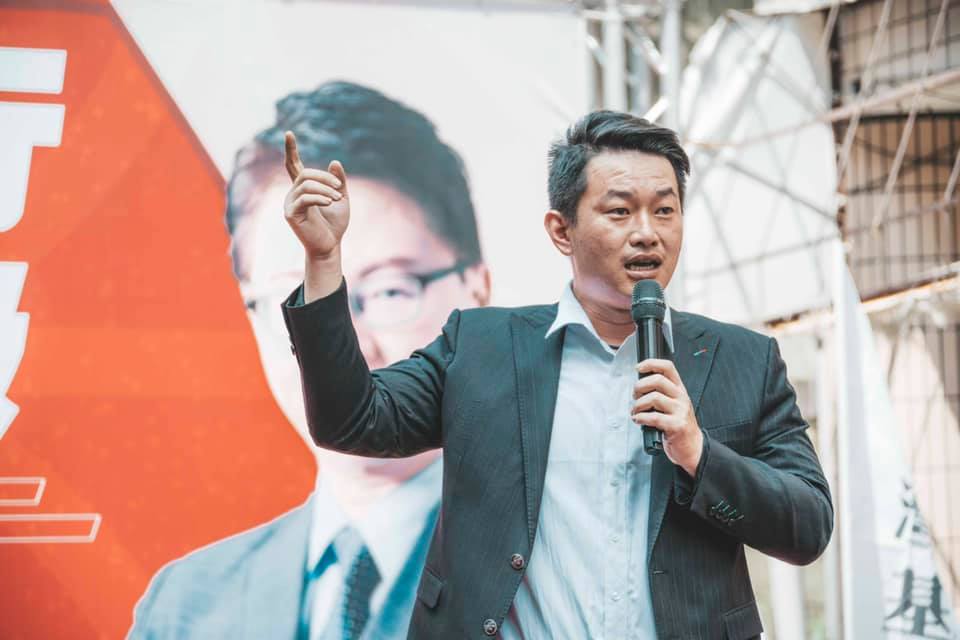 Greer has evidenced on several past occasions that he pays very little attention to domestic Taiwanese politics. A memorable incident earlier this year involved Greer criticizing Taiwanese politicians for not coming up with the idea of allowing Hongkongers to serve in the Taiwanese military in return for being allowed to stay in Taiwan, as a way of addressing unresolved issues regarding Hong Kong asylum seekers and satisfying demands from the public for a loyalty test from Hong Kong immigrants. Greer seemed unaware of the fact that this had been one of the major proposals as to how to solve the Hong Kong refugee issue, as proposed by the Taiwan Statebuilding Party (TSP). Though Greer subsequently sought to dismiss the TSP as a small party and one that he need not pay attention, one notes that the party may be small in terms of the actual number of elected seats it has in government, but it has occupied an outsized presence in political discourse for years, and its policy proposals are frequently backed by the DPP—something Greer seemed blithely unaware of.

To be sure, Greer acknowledges that he is not a Taiwan expert in his blog post. But despite this claim, he nonetheless still saw fit to commit over 4,000 words to commenting on Taiwan’s national defense. Greer was very likely preemptively claiming not to be a Taiwan expert to deflect criticism, yet it should be clear that he was still clearly framing himself as an authority—one notes that Greer’s Twitter profile states that common topics he writes about include “China, Taiwan, and Cambodia”, again, suggesting expertise. But the end results of Greer’s thoughts committed to paper ultimately read like an irresponsibly written “hot take” aimed at getting hits more than anything else, one poorly sourced except for anecdotal evidence and purely subjective claims.

But Greer’s views are perhaps unsurprising. Greer has been known to argue on numerous occasions in the past that some races are more inherently violent than others due to cultural factors and is now wildly speculating about the “violent escalation of the culture war in contemporary America.” Given such views about the world, it is not surprising in the slightest that Greer’s argument, then, proves rather dubious analysis that tries to pass off fuzzy thinking as erudition through a great deal of rhetorical hand-waving. One generally wonders why he is taken seriously at all.