The liquidator is court-appointed, following the newspaper’s closure in June. The pro-democracy tabloid newspaper shut down following twenty-six years of operations when Hong Kong courts froze 18 million Hong Kong dollars in company funds, preventing it from paying its workers, not long after courts moved to freeze assets of company CEO Jimmy Lai.

Likewise, in the same timeframe, Hong Kong authorities arrested company executives and launched a police raid of the company headquarters that involved 500 officers. Apart from that company CEO Jimmy Lai was jailed for participating in pro-democracy protests such as the annual Tiananmen Square Massacre commemoration, media executives including the newspaper’s editor-in-chief, Chief Operating Officer, and the CEO of its publisher Next Digital were arrested. 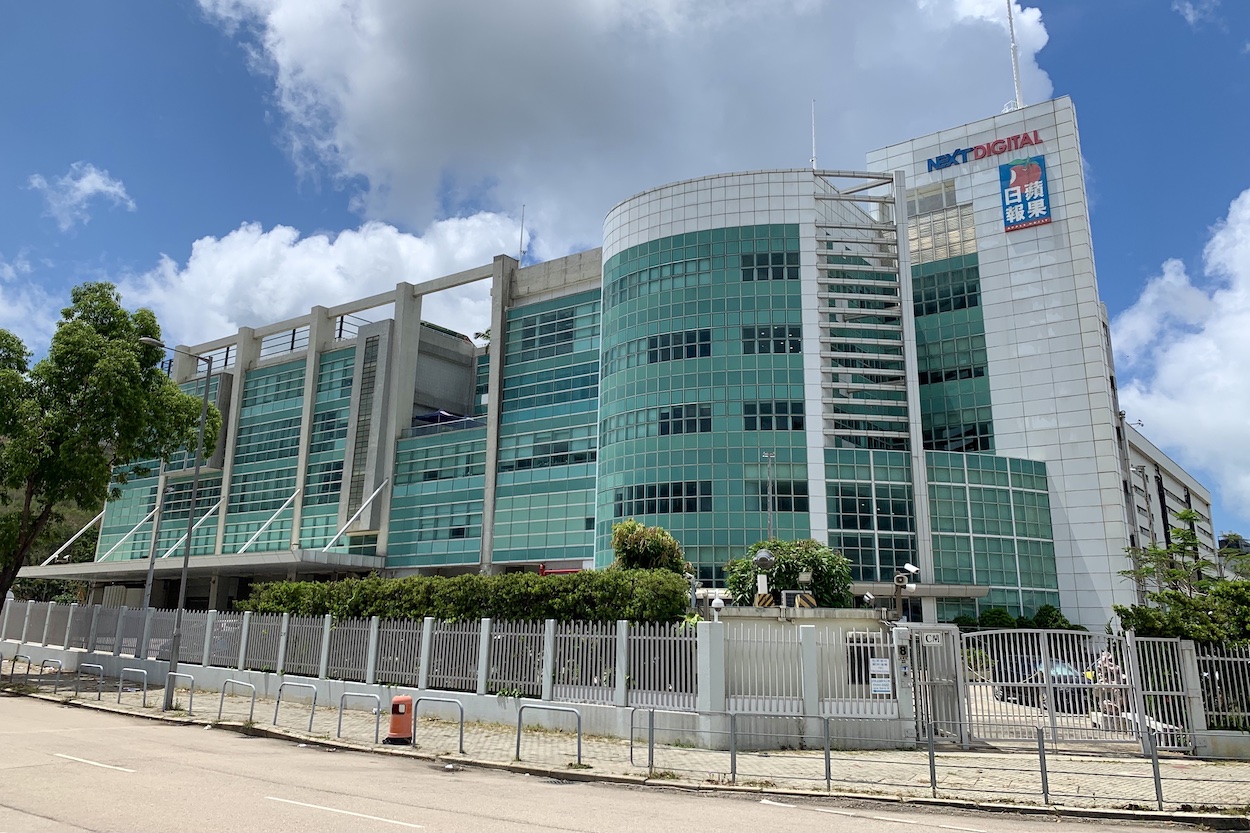 Who the buyer could be has raised some questions, with fears that the Apple Daily would be sold to an individual with a vested interest in propagating pro-China views in Taiwan.

This has been a matter of concern in past years. One of the social movements that predated the 2014 Sunflower Movement was the Anti-Media Monopoly Movement, which broke out due to individuals such as Want Want Group chair Tsai Eng-meng purchasing major media outlets to try and promote positive views of China in Taiwan. Movement participants called on government regulators to take action regarding such efforts by Tsai.

Tsai at one point sought to purchase the Apple Daily. Stoking further speculation may be the fact wealthy Taiwanese independence advocate Koo Kwang-ming was recently reported to have purchased Jimmy Lai’s villa on Yangmingshan in Taipei in a transaction that possibly took place entirely in cash.

In the past week, the Economic Democracy Union (EDU), a coalition of NGOs among those that participated in the Anti-Media Monopoly Movement called attention to the attempt by the court-appointed Hong Kong liquidator to take control of the Apple Daily’s assets.

According to lawyer Lai Chung-chiang of the EDU, Taiwan would be in its rights to ignore the demands because they have not been reviewed by Taiwanese courts, and because Taiwanese courts can decline to enforce foreign laws. Likewise, the EDU has framed the issue as significant in needing to prevent the Hong Kong National Security Law from encroaching upon Taiwanese sovereignty. The EDU also emphasized the potential dangers if the Apple Daily turned over information to Hong Kong authorities as a result of the seizure of its assets.

Such legal contention makes the future of the Apple Daily Taiwan all the more up in the air then. The issue may be one that the Tsai administration will have to directly intercede in.

This would not be the only significant Hong Kong-Taiwan legal case in recent memory. Notably, the 2019 protests in Hong Kong originally began in reaction to a murder case in which a Hongkonger killed his girlfriend, another Hongkonger, while the couple was vacationing in Taiwan. Because of Taiwan’s lack of an extradition agreement with Hong Kong, this was what led to Carrie Lam’s proposition of the extradition bill that initially triggered the protests.

Since then, there have been attempts by the Hong Kong government to frame the killer, Chan Tong-kai, as willing to return to Taiwan to face charges. Legal experts, including President Tsai Ing-wen herself and politicians with legal backgrounds such as Miao Poya, have taken the view that Chan turning himself over to Taiwan under supposedly “voluntary” auspices could be intended to set a legal precedent used to target Hongkongers or others in the future. It remains to be seen whether one might see similar attempts regarding the Apple Daily Taiwan.