18 DOMESTIC CASES and two imported cases were announced at the CECC daily press conference today. 12 of these cases were already in quarantine. No new deaths were announced. 16 cases have known sources of infection, while two cases have unknown sources of infection and are under investigation. There were eight cases in New Taipei, six cases in Taipei, three cases in Taoyuan, and one case in Kaohsiung. 88.2% of cases to date are out of quarantine.

Minister of Health and Welfare Chen Shih-chung has stated that case numbers have remained at around 20, but that contact tracing occurs much faster now and sources of infection are often known. As a result, the situation is under control and is progressing in a positive direction. 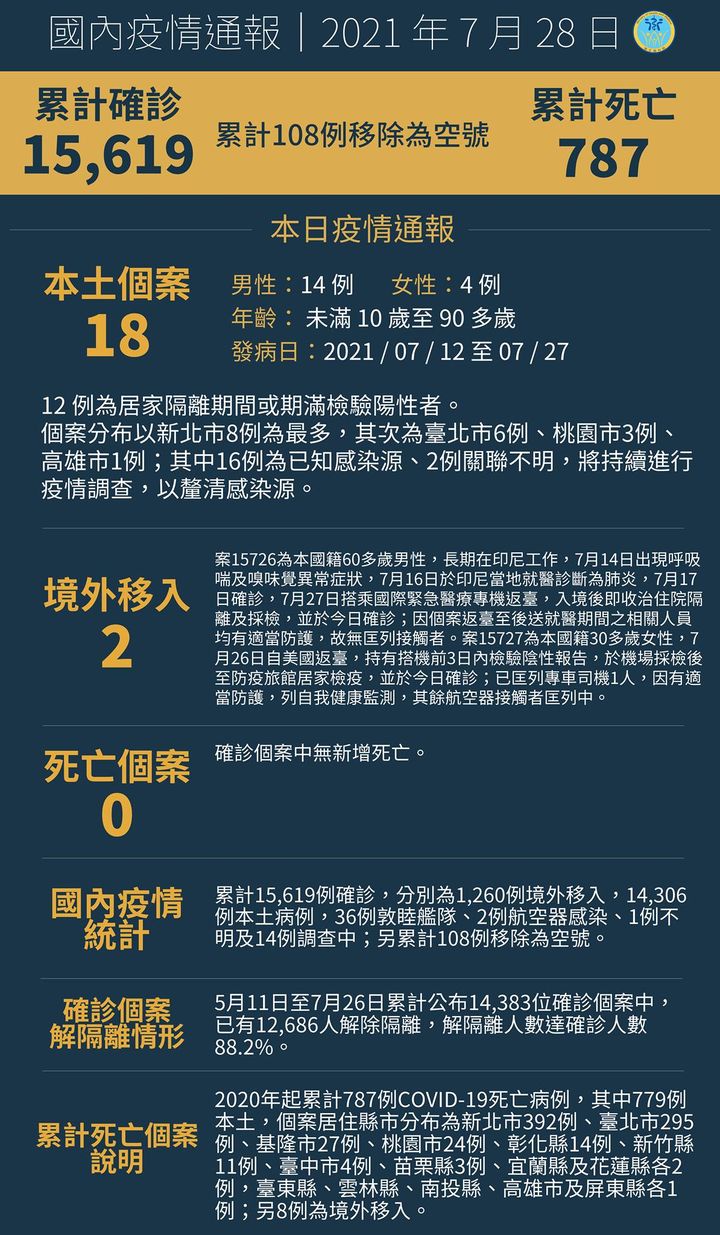 Individuals who are eligible to be vaccinated in the next round of vaccination but who have not yet made an appointment to be vaccinated can still change their choice of vaccine, starting noon tomorrow. If you have already made an appointment to be registered but now want to change your choice of vaccine, you will have to wait until after 5 PM on August 7th.

New Taipei has stated that it will halt vaccination on August 1st due to insufficient supply. The CECC stated today that, as it is hoped that teachers can be vaccinated fourteen days before the start of the new semester, local governments sped up vaccination for teachers but this has led to a shortage of supplies.

New AstraZeneca vaccines arrived yesterday, but one week of quality control testing is required before they can be sent out. According to New Taipei, demand is higher than supply for 71,000 individuals, and that the nation originally had 5,260,000 AstraZeneca vaccines, with 582,000 more AstraZeneca arriving yesterday, and 4,111,387 have been used up. As such, the New Taipei city government calls on the central government to distribute more vaccines.

The Taipei city government stated similarly, stating that 88,963 were vaccinated from July 30th to August 3th, it expects 83,343 to be vaccinated between August 4th and August 6th but there are concerns that there will not be enough vaccines during this period. This led Taipei to shut down the vaccination registration system yesterday at 6 PM, though this was resumed tomorrow.

According to New Taipei, all eight cases found in New Taipei today were found while already in quarantine. Taipei stated that three of the cases today have unknown sources of infection, with 1,969 tests finding two cases, suggesting that transmission in the community still exists but is low.

Taipei mayor Ko Wen-je has stressed that it is hoped that the rate of vaccination among workers and residents of long-term health institutions can prevent clusters there in the future.

Athletes returning from the Tokyo Olympics will be put in quarantine facilities or undergo strengthened self-health management depending on if they have been vaccinated. The same regulations do not apply for all individuals traveling to the Tokyo Olympics with athletes. If Olympics athletes come into contact with confirmed cases, they will be quarantined once they have returned to Taiwan, with COVID prevention officers traveling with them to Tokyo. 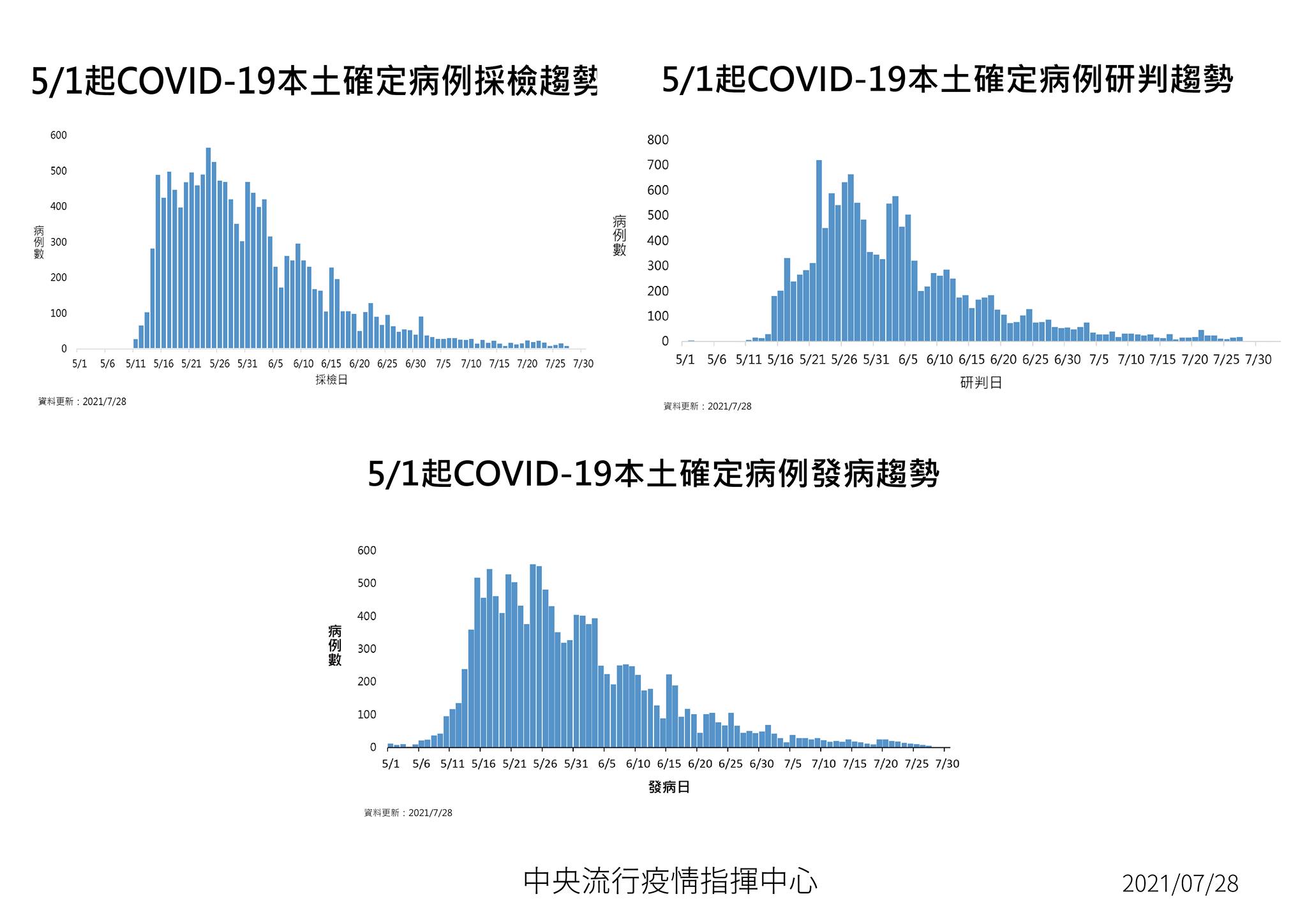 When asked about the speed for testing reports, CECC states that this should be sufficiently fast at present, with testing reports provided within 24 hours for self-paid urgent cases.

Some debate has occurred about stimulus vouchers issued by the government, with debate whether it should be vouchers worth 5,000 NT or 6,000 NT exchanged for 2,000 NT.

122 adverse reactions to vaccination took place yesterday. There were 15 non-serious reactions, 61 other reactions, and six deaths. Of the six deaths, there were two after AZ, and four after Moderna. One death has been added to the past count.

There have been some reports of individuals accidentally being able to register more than once for vaccination due to errors with the online system used for vaccine registration, as well as individuals told that they would have to delete their registration and re-register if they wish to be vaccinated with Medigen vaccines. According to the CECC, individuals being able to register more than once seems to be due to the fact that some clinics uploaded incomplete information about vaccination.

In Taichung, there has been controversy over two bottles of vaccine doses that went missing and were found by members of the public. These two bottles will be checked to see if they are safe to be used; if not, they will not be used.

The earliest Medigen vaccines will begin to be used is in August. Chen denied that there is a need for a stock of one million vaccines to be built up before vaccination begins. When BioNTech vaccines arrive in Taiwan, they will first be made available on the vaccine registration system before they start to be used. Individuals willing to be vaccinated with Medigen will not have Medigen vaccination prioritized over other vaccines, this primarily depends on supply.

The KMT held a press conference accusing the DPP of acting as an advertising department for Medigen. To this extent, the Liberty Times has reported that a legislator from a pan-Blue party attempted to leak documents to a weekly magazine alleging that Japan was attempting to donate vaccines that were defective to Taiwan through its vaccine donations. After fact-checking by this magazine, the magazine declined to publish this, however. 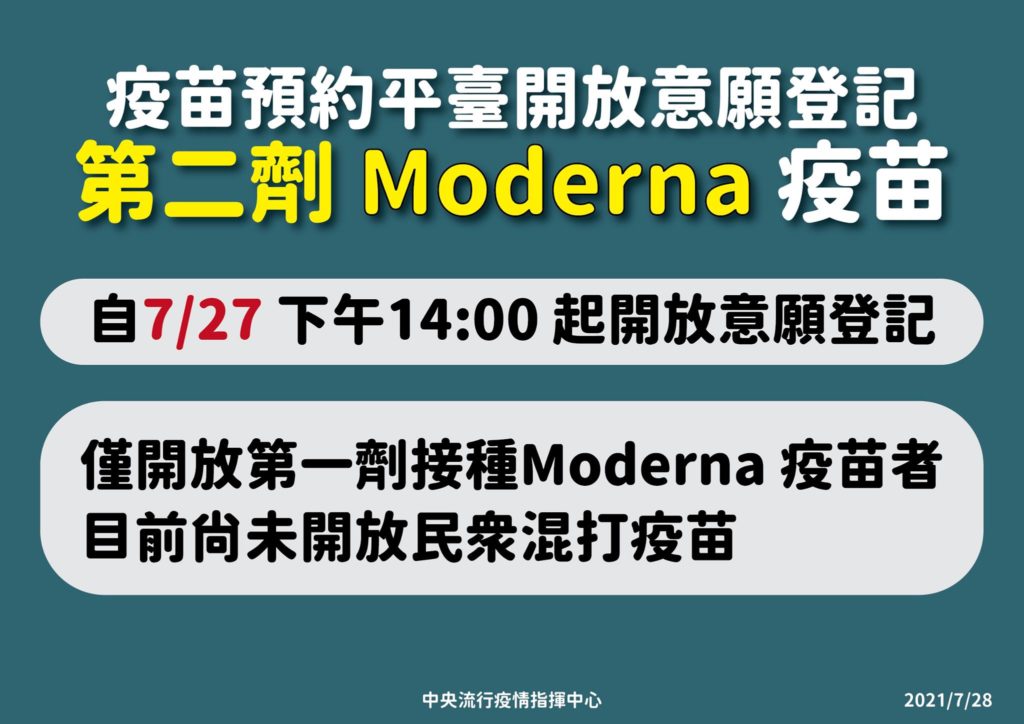 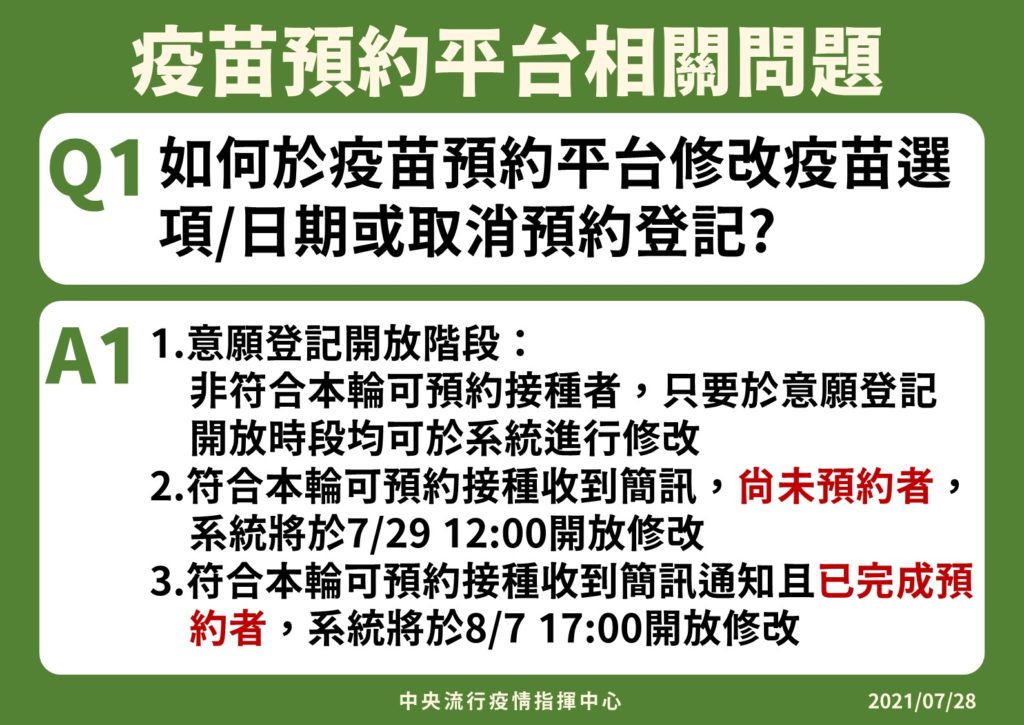 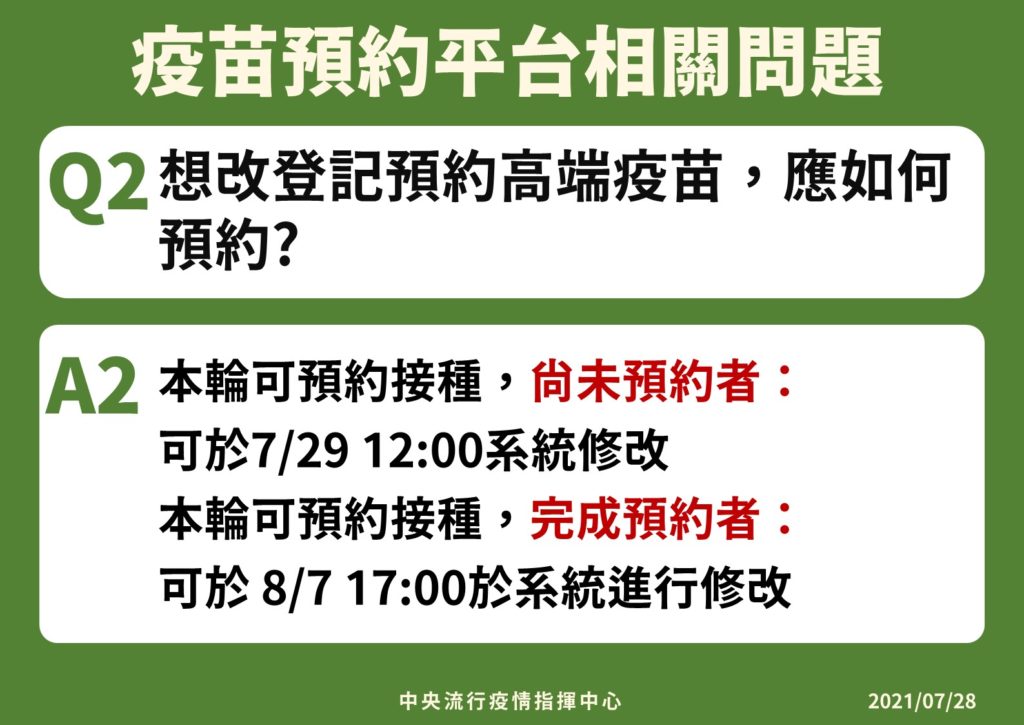 As Medigen registration has begun at a time in which supplies of other vaccines are lower, there is expected to be a number of conspiracy theories that the central government organized this shortage to promote Medigen vaccines. Taipei mayor Ko Wen-je declined to comment on this today, while also claiming that he was blamed whether the speed of vaccination was fast or slow, and suggesting the central government should conduct vaccination themselves.

Participants in the Medigen trial have stated that they are unable to obtain proof of vaccination to enter the workplace and have had to be vaccinated with other vaccines. The CECC will consult with Medigen to see what can be done to avoid such issues.