US PRESIDENT Joe Biden met with Japanese prime minister Yoshihide Suga on Friday last week at the White House. The meeting was the first visit by a foreign leader to the White House under Biden, something indicating the importance of US-Japan ties for the Biden administration at present—insofar as Japanese regional power is a restraint on China’s geopolitical ambitions in the Asia Pacific.

During the meeting, Biden and Suga both agreed to cooperate in the face of Chinese threats. This is something that should not be surprising in consideration of the longstanding security relationship between the US and Japan, but which surprises to what extent this openly referred to China. To this extent, Biden and Suga both affirmed Taiwan as a concern for the US and Japan, something that has not taken place in over fifty years. Biden and Suga are the first US and Japanese leaders to issue a joint statement referring to Taiwan since 1969, the statement following on the heels of a joint statement between senior US and Japanese defense officials that also broke with precedent by directly referring to China. 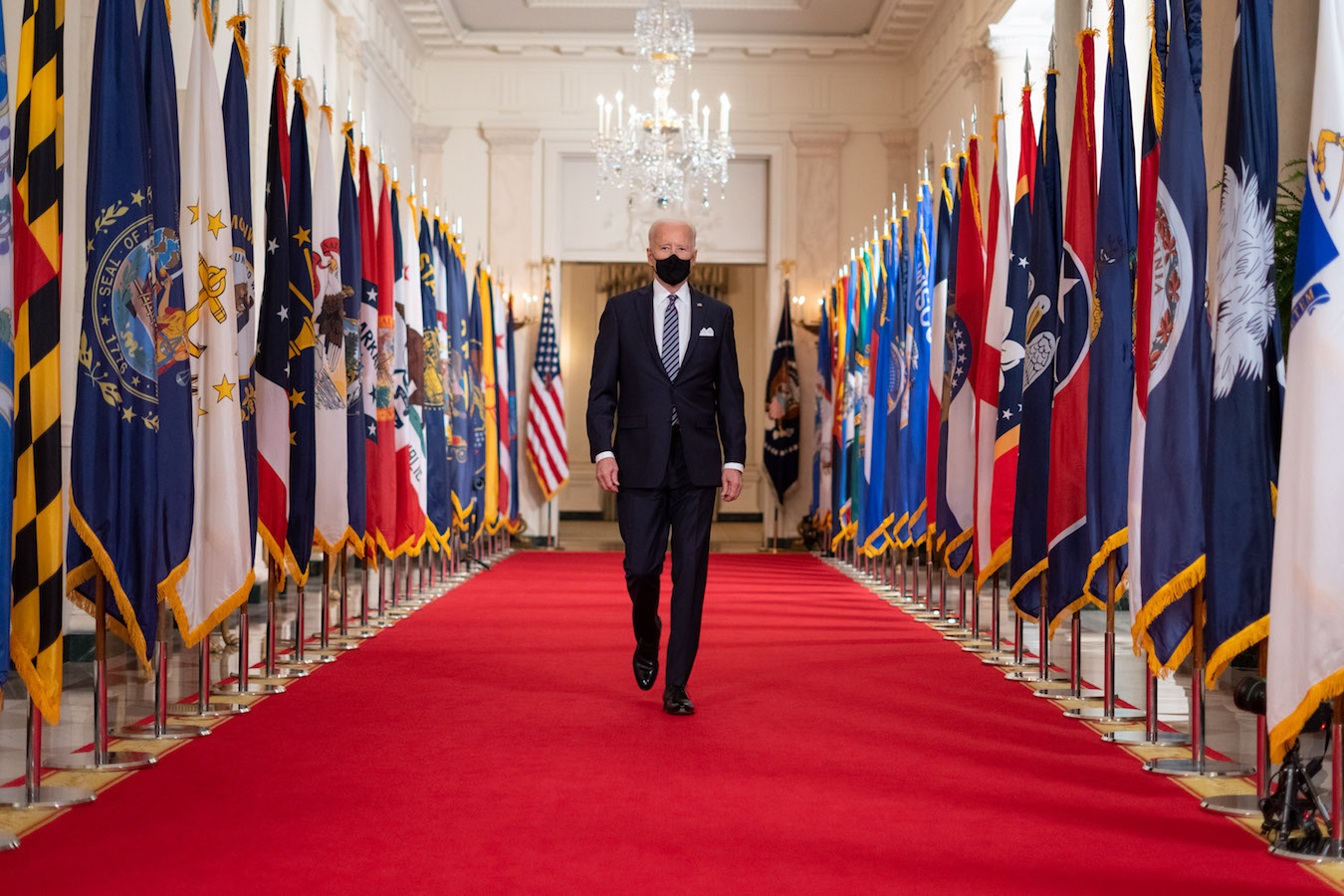 Otherwise, Biden and Suga discussed the mass imprisonment of Uyghurs in Xinjiang. The discussion announced cooperation on developing 5G, as part of US efforts to wean telecommunications networks off of dependence on Chinese-produced technology, US support for the Tokyo Olympics, commitment to freedom of navigation in the South China Seas, and affirmed US support of Japan’s stance on the Senkaku/Diaoyutai Islands. Notably, Taiwan, too, claims the Senkaku/Diaoyutai Islands, which is a point of contention with Japan. The “free and open Indo-Pacific” framework, which dates from the Trump administration, was used by both Biden and Suga.

The Suga administration is seen as having made moves to secure consensus between the pro-China and pro-Taiwan wings of the ruling Liberal Democratic Party (LDP) that he is chair of. With Suga aiming to win re-election as leader of the LDP, support for Taiwan may shore up support from the conservative wing of the LDP.

The Biden and Suga administrations both face challenges regarding the fact that the US and Japanese economies are deeply linked with the Chinese economy, but both seek to check China’s geopolitical ambitions in the Asia Pacific. At the same time, the US and Japan may differ regarding how exactly to tackle China—the Suga administration is seen as having primarily acted reactively to the Biden administration’s initiative and international diplomacy is not perceived as a strong suit of Suga’s domestically in Japan.

It is notable that the Biden-Suga meeting took place in a similar timeframe as the US and China announced cooperation against climate change, with US Special Presidential Envoy for Climate John Kerry flying to Shanghai to hold meetings with Chinese government counterparts. It has long been questioned as to whether the US and China will be able to cordon off cooperation climate change from tensions on other issues, as a possible front in which they cooperate in spite of conflicts about trade and geopolitics—or if both superpowers will use environmental issues as points of leverage in negotiations with each other. 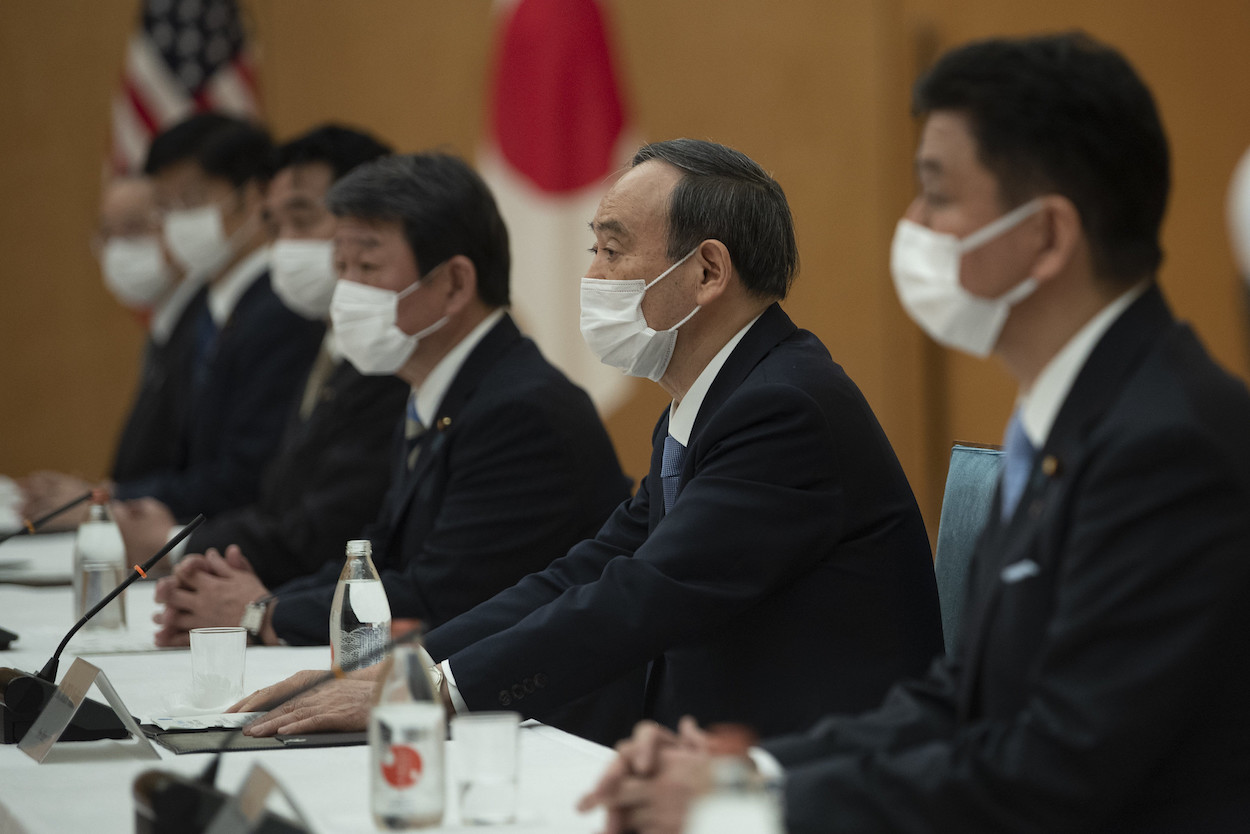 It may not be surprising that news of the Biden-Suga meeting openly discussing Taiwan was publicly welcomed by the Tsai administration, which hopes to build stronger political and economic ties with both the US and Japan to ward off the threat of China. The meeting, after all, can be situated as part of larger global geopolitical shifts in the past week. The Biden-Suga meeting takes place in a similar timeframe as news broke of contingency planning by the Australian government for the possibility of an invasion of Taiwan by China—news also welcomed by the Tsai administration. However, this took place as news broke of the European Union dropping plans to take action against China for electoral reforms of Hong Kong’s Legislative Council aimed at preventing pro-democracy politicians from ever being able to win political office.

In the wake of the meeting, Japan’s representative office in Taiwan, the Japan-Taiwan Exchange Association, raised the Japanese flag for the first time at its offices in Taipei. This was a move clearly aimed at signaling strengthened ties between Taiwan and Japan, in defiance of China.

Likewise, shortly before the Biden-Suga meeting, a group of former US officials visited Taiwan in what can be seen as an unofficial diplomatic visit. The group consisted of former Democratic Senator Chris Dodd, who is thought of as personally close to Biden, as well as Richard Armitage and James Steinberg, both former US deputy secretaries of states—the former of which was a Bush administration official and the latter of which was an Obama administration official. The choice of Armitage and Steinberg was likely meant to show bipartisan support of Taiwan.

The group met with president Tsai Ing-wen and members of the cabinet. While the KMT announced that it welcomed the visit, it also later accused the Tsai administration of trying to prevent it from meeting with the Dodd delegation—something that government spokespersons denied, seeing as KMT legislators had, in fact, received invitations to meet with the delegation.

KMT legislators Chiang Wan-an and Charles Chen were among those to eventually meet with the delegation. The visit takes place shortly after new guidelines on meetings between US and Taiwanese officials were announced by the US State Department earlier this month. 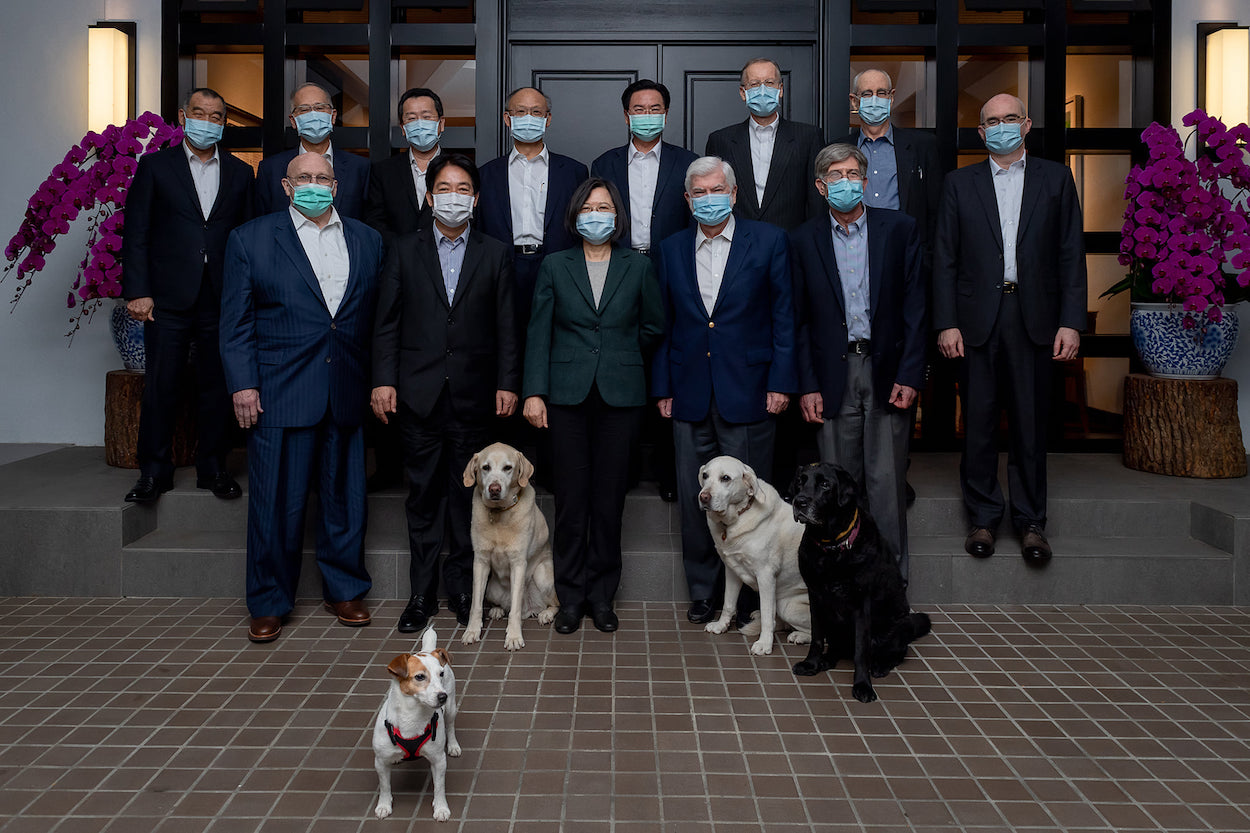 The Biden administration’s actions seem aimed at showing that US-Taiwan ties will continue to be strengthened, but in a low-key manner aimed at showing that the US was not aiming to deliberately go out of its way to provoke China—as well as to show that trying to score quick political points against China is not the main point of strengthening relations with Taiwan. It is probable that the Dodd visit was timed to coincide with the Biden-Suga meeting, with the aim of reminding China of Taiwan as a US priority—or even to show the Suga administration that Taiwan is a key part of the US’ overall strategic thinking on the Asia Pacific at present.

Still, this did not prevent China from announcing live-fire exercises in the South China Seas shortly after news of the Dodd visit broke. To this extent, one can expect Taiwan to see further Chinese military exercises or flybys in order to signal displeasure not only with strengthening US-Taiwan relations or US-Japan relations, but to use Taiwan as a proxy to register displeasure with strengthening US-Japan ties. Taiwan being put in the cross-hairs by China for this reason is nothing new, Taiwan having long been caught between the geopolitical contestation of regional powers much larger than itself.