After Funds Frozen, Apple Daily Closure May Be Imminent

THE APPLE DAILY may close in a matter of days, with the pro-democracy Hong Kong tabloid’s funds frozen. 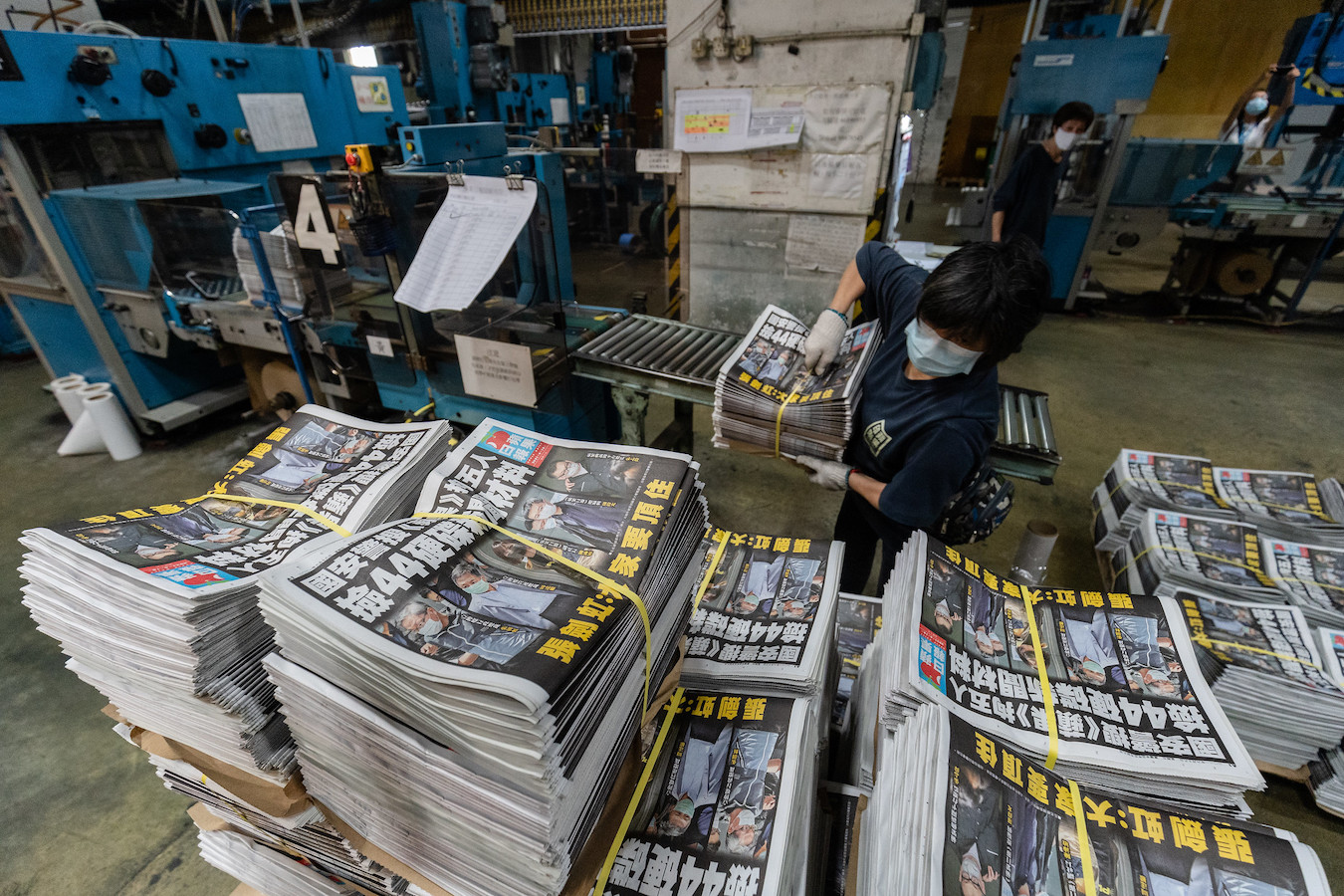 Apple Daily owner Jimmy Lai is already serving jail time for participating in political demonstrations in 2019. Lai’s assets were frozen in May, with bankers that handled his funds threatened with up to seven years in jail. Similar measures have been taken against the Apple Daily as a whole, with banks threatened with legal charges for handling Apple Daily funds. Vendors have reportedly been unable to put money into accounts belonging to the Apple Daily.

It is thought that the newspaper may cease publication on Saturday, after a board meeting on Friday to decide the fate of the paper, although the newspaper previously stated that it has enough money to continue operating for a few weeks. It is possible that the Apple Daily may legally challenge the freezing of its funds, though this may be an uphill struggle.

Some aspects of the paper have already stopped operating, with the paper’s finance section, English section, Twitter account, and news program having shut down, and reports of mass departures by staff members. The Apple Daily’s news program made a final broadcast last night, calling on Hongkongers to stay strong. An internal memo had been sent to staff members stating that they could resign on Monday, as well as that the newspaper could not guarantee its ability to pay them if they stayed on.

The Hong Kong government is engaged in a media crackdown, as also seen in actions targeting public broadcaster RTHK. RTHK has seen the deletion of its programs, the de facto firing of journalists through not having their contracts renewed, or the targeting of journalists with legal threats, as occurred to freelancer Bao Choy.

The arrest of five executives from the Apple Daily was significant because they were accused of colluding with foreign forces to incite sanctions against Hong Kong. This would be the attempt to tar the media with allegations of working with foreign forces to undermine Hong Kong, as participants in the pro-democracy protests are routinely accused by the government. Western governments have imposed sanctions on Hong Kong in response to the deterioration of political freedoms there through measures such as the Hong Kong Human Rights and Democracy Act, claiming that imposing sanctions on Hong Kong is a means of pressuring China.

However, notably, after the raid, police reportedly issued an ultimatum to the Apple Daily that it had to remove articles it claimed were aimed at ensuring foreign sanctions. The Hong Kong police had not previously mandated the deletion of articles that it did not approve of, or otherwise claimed were aimed at specific political purposes. Yet in a show of defiance, the Apple Daily still published the night of its raid, printing an expanded run of 500,000 copies, with many Hongkongers tuning in to watch the printing process.

The final broadcast of the Apple Daily’s new program

It is to be seen whether similar tactics are used against other media outlets in the future, not only regarding the forced removal of articles, or the forcibly shutdown of newspaper outlets by freezing their funds. In particular, with the fall of the Apple Daily, this may push the pro-democracy camp toward relying on smaller, online media outlets for news. Such media outlets have less overhead and they can perhaps be more nimble, due to being smaller organizations.

One can expect the turn toward sometimes anonymous individuals acting as citizen journalists or passing on information through encrypted channels, such as on Telegram or other platforms, to be accelerated with the increased difficulties of operating any news organization in Hong kong, then. This may be the future of the media environment in Hong Kong.