47 PRO-DEMOCRACY politicians were charged under the provisions of the national security law applying to Hong Kong on Sunday. The 47 were among 55 individuals arrested in January, before being released, and were ordered to report to police for their upcoming sentencing next week. 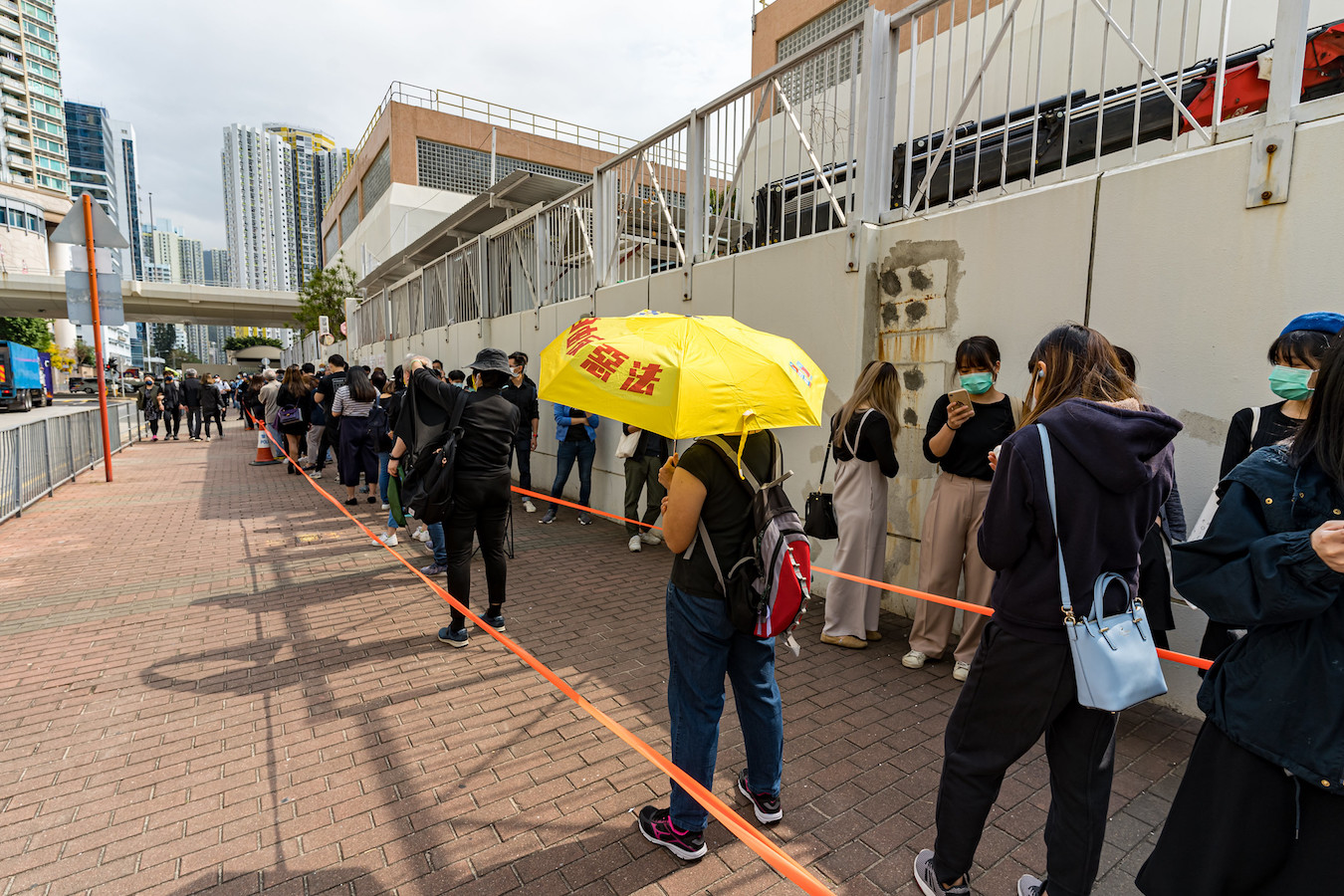 The 47 individuals who are to be sentenced face a single charge—”conspiracy to commit subversion.” The national security law is relatively untested, with it thought that around 100 people have been charged under its provisions to date. So the sentencing of the 47 will set a significant precedent in terms of its application going forward. The provisions of the national security law allow for up to life imprisonment.

One notes that the 47 individuals who are to be sentenced under the national security law span multiple generations of pro-democracy activists. This includes older pro-democracy activists such as Martin Lee, the now-elderly statesman historically considered the leader of the pan-Democratic camp, Apple Daily publisher and billionaire Jimmy Lai, and former legislator and longtime left-wing agitator “Long Hair” Leung Kwok-hung.

Likewise, this includes younger activists such as Lester Shum, the deputy secretary-general of the Hong Kong Federation of Students during the 2014 Umbrella Movement, former Stand News journalist Gwyneth Ho, nicknamed “Stand News Sister” for her livestreams during the protests that broke out last year, and many other individuals who are thirty years old or under. Other prominent young activists, such as Joshua Wong and Agnes Chow of Demosisto, are already behind bars.

The 47 individuals have mainly been targeted on charges related to organizing a primary last July to determine candidates of the pan-Democratic camp for the September LegCo elections. Though the Hong Kong government first moved to block some pro-democracy candidates from running in the election, accusing them of violating the loyalty provisions of the Hong Kong Basic Law and thus invalid for holding offices, the LegCo elections never happened after they were delayed under the pretext of COVID-19. It is a question when elections will be held, if at all, with the possibility of further delays using the pretext of COVID-19.

The pan-Democratic camp was eliminated from LegCo altogether after pan-Democrats resigned en masse last November from this legislature. This took after China’s NPC granted new powers to Hong Kong’s executive branch of government to disqualify legislators from LegCo at will. These powers allowed for the circumvention of courts in Hong Kong. With no opposition in LegCo, it is thought that in order to maintain the pretense of democracy in Hong Kong, the pro-Beijing camp will try to engineer a “loyal opposition” in some form, though reportedly even some members of the pro-Beijing camp are alarmed at the rapid purge of political opponents.

The arrest of pro-democracy politicians on such pretenses also reflects how the space for electoral activity to be held has shrunk over past years. It was only in 2016 that politicians began to be blocked from running for office or disqualified after winning office, with the scope of disqualifications expanding gradually over time, until this finally led to the elimination of the pan-Democratic camp from LegCo last year. What remaining pan-Democratic politicians there are in other elected positions, such as district councilors, can also expect to come under scrutiny.

To this extent, one expects that members of student unions and labor unions will also be targeted. Citing harassment, the student union of the Chinese University of Hong Kong, Syzygia, stated that they would be jointly resigning earlier this week.

Indeed, the trial of the 47 individuals in itself led to the arrest of legal representatives of the defendants. The lawyer of 8 of the 47 individuals, a man named Chiu, was arrested while attempting to enter the court as part of his duties on Monday. While defense lawyers have attempted to delay the trial, stating that the police have not yet completed their investigation, the police have remained vague as to the timeline for the investigation, and it is anticipated that the trial will continue anyway.

Some of the defendants were sent to detention centers at 6:30 AM before being sent to the courts at 8 AM to be charged. Four of the defendants, Lam King-nam, “Long Hair” Leung Kwok-hung, Roy Tam, and Clarisse Yeung, were sent to the courts after being hospitalized, following days in detention. One can expect the mistreatment of some of the arrested while in jail, with allegations of sexual harassment and assault against political prisoners in Hong Kong jails on the rise since the outbreak of protests in 2019. 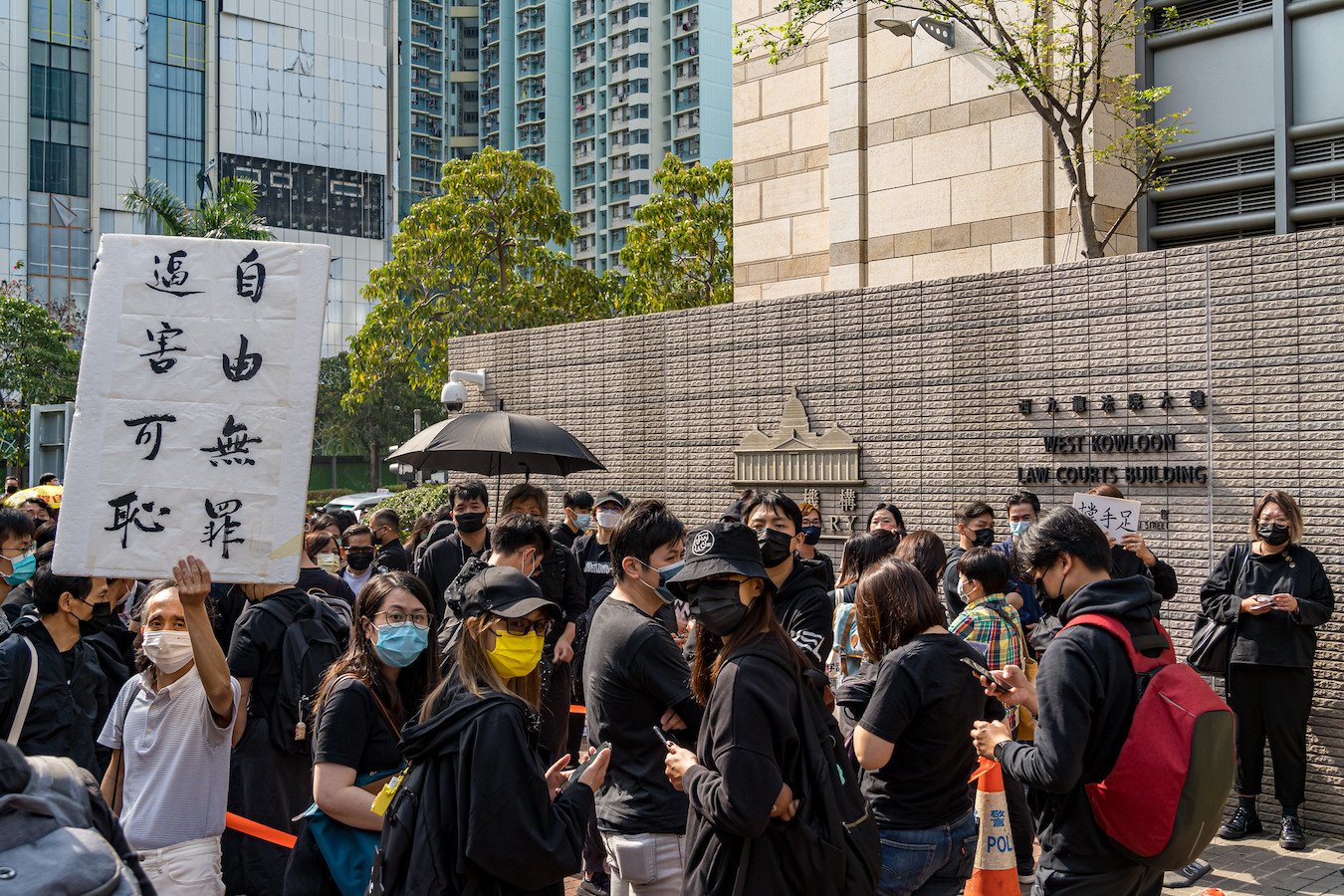 The arrest of the 47 pro-democracy politicians has led to strong reactions in Taiwan, with the National Student Union of Taiwan (NSUT) holding a small rally on Tuesday morning outside of the Legislative Yuan calling for stronger action to help Hong Kong asylum seekers. In this, the NSUT also called for stringent measures to be taken against COVID-19 in efforts to help Hongkongers, likely cognizant that the Tsai administration has used COVID-19 to justify blocking asylum requests from Hongkongers. The NSUT, the Taiwan Association for Human Rights—a major civil society NGO in Taiwan with history dating to the democracy movement—and other groups have called for new provisions to be added to the Laws and Regulations Regarding Hong Kong and Macao Affairs in order that an annual evaluation of political freedoms in Hong Kong be conducted and for the Executive Yuan to take actions in response to the political situation in Hong Kong. It is to be seen whether this push will be successful.