IT WAS ANNOUNCED this morning that the US would be donating 750,000 vaccines to Taiwan. The announcement was made by three visiting US Senators, Tammy Duckworth, Chris Coons, and Dan Sullivan, who traveled to Taiwan from South Korea by C-17 military transport airplane for a brief three-hour stopover.

In comments, the three senators stressed the bipartisan nature of support for Taiwan, seeing Duckworth and Coons are both Democrats, while Dan Sullivan is a Republican. Likewise, they stressed that the donation was intended to reiterate US support for Taiwan at a time in which many have questioned the strength of US commitments. At the end of the stopover, the plane returned to South Korea.

The brief trip seems to have primarily been for the sake of “vaccine diplomacy”. The announcement of the Taiwan vaccine donation took place mere days after the US announced that it would be donating one million vaccines to South Korea. Of the initial wave of 25 million vaccine doses that the US has pledged to distribute internationally through the COVAX agreement, seven million vaccines are to be sent to Asia.

It is unknown what brand of vaccine will be sent to Taiwan, though some reports suggest that this is the Johnson & Johnson vaccine, seeing as this is the brand that South Korea will be receiving. Tsai administration officials knew about the vaccine donation beforehand but reportedly did not know the number of vaccines that were pledged to Taiwan. Minister of Health and Welfare Chen Shih-chung indicated today that he and his team did not know what brand of vaccines the donation consisted of, though they hope to know soon in order to plan distribution.

It is notable that Taiwan received more than 10% of the vaccines in spite of the COVID-19 situation being far more severe elsewhere, such as in India. It is not impossible that the Biden administration will see some heat for this, although one notes that there is global attention on the potential of the current outbreak to affect international supply chains heavily reliant on Taiwan, particularly where semiconductors are concerned.

The Biden administration’s announcement of vaccine donations also occurs two days after Japan sent 1.24 million AstraZeneca vaccines to Taiwan, citing strong ties between Taiwan and Japan inclusive of generous contributions by Taiwan to Japan in the past. Examples are significant donations from Taiwan after the 2011 Fukushima disaster, as well as donations of masks, PPE, and other medical supplies during the COVID-19 pandemic.

Among the proponents of vaccine donations to Taiwan was former Japanese prime minister Shinzo Abe. Significantly, the US was also involved, with three-way meetings held between the US, Japan, and Taiwan before the vaccine donation from Japan took place, with acting US ambassador to Japan Joseph M. Young among those consulted as part of the donation process. Indeed, it is probable that the US approved of the donation from Japan, seeing as it is beneficial for the US for there to be strong ties between Taiwan and Japan, in order that Japan can be another regional bulwark for Taiwan against the possibility of Chinese invasion.

Moreover, insofar as Duckworth, Coons, and Sullivan stressed the bipartisan nature of US support for Taiwan this morning, one notes that similar developments seem to have taken place in Japan. There has been rare agreement over Taiwan between the pro-Beijing and pro-Taipei wings of the ruling Liberal Democratic Party in recent months. 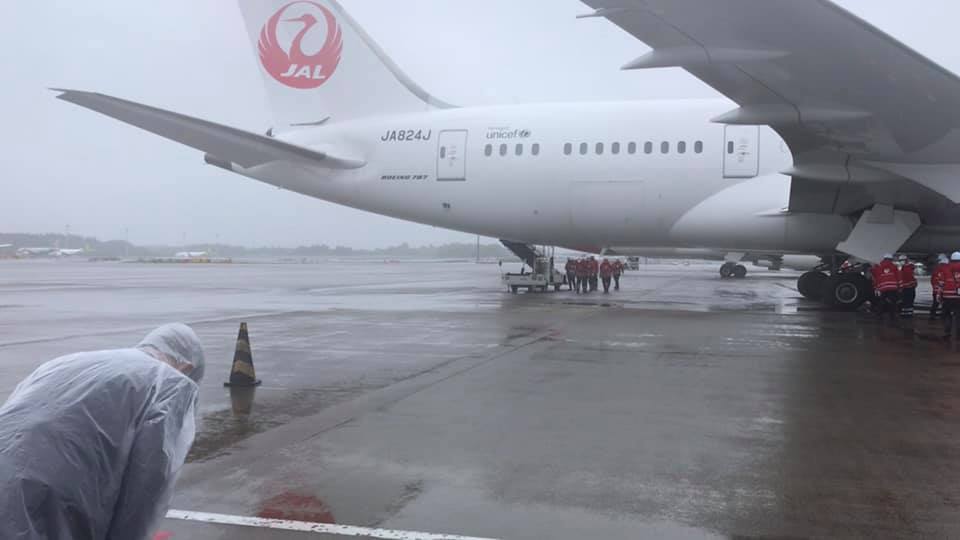 The vaccine purchases have forced some reversals from some domestic politicians. Perhaps having some inkling about the incoming vaccines, Taipei mayor Ko Wen-je stated yesterday that he expects vaccines to arrive from the US in the next two months, once the US has finished its domestic vaccinations. Though this is not the first time has made this claim, last month, Ko was lashing out at the US, claiming that the US had not sold a single vaccine to Taiwan. Nevertheless, both the shipment of vaccines from Japan and from the US were generally kept under wraps until the very last minute—the Tsai administration has stated that this is to avoid the possibility of interference from China.

Nevertheless, one expects tensions over “vaccine diplomacy” to be increasingly fraught going forward. Vaccines had already become a fought-over issue in Taiwan, with members of the KMT accusing the Tsai administration of inaction and having failed in its vaccine acquisition strategy, because the vaccines it has ordered have not yet arrived in Taiwan.

Some members of the pan-Blue camp, such as former KMT chair Hung Hsiu-chu or gangster turned pro-unification politician “White Wolf” Chang An-lo have called on the Tsai administration to accept Chinese vaccines. The former has stated that she would be willing to travel to China to request vaccines and the latter has stated that he and his followers will harass Minister of Health and Welfare Chen Shih-chung until he accepts Chinese vaccines.

But, with public polls having shown that the public disapproves of Chinese vaccines, it is more common for the KMT to accuse the Tsai administration of interfering in attempts by corporations and local governments to purchase vaccines from European manufacturers, out of a desire to monopolize power. Namely, FoxConn CEO Terry Gou currently claims that he intends to purchase German-manufactured BioNTech vaccines, but he has been unable to provide authorization documents from the manufacturer. Though the Tsai administration states that this is necessary to prove the authenticity of the vaccines—and that Gou is not trying to pass off Chinese-manufactured as German vaccines. Gou previously sought the KMT’s presidential bid in 2020. Several other relatively little-known Chinese groups have offered to donate millions of vaccines to Taiwan in the past weeks, including a cross-straits cultural organization in Beijing and a Wuhan-based company. 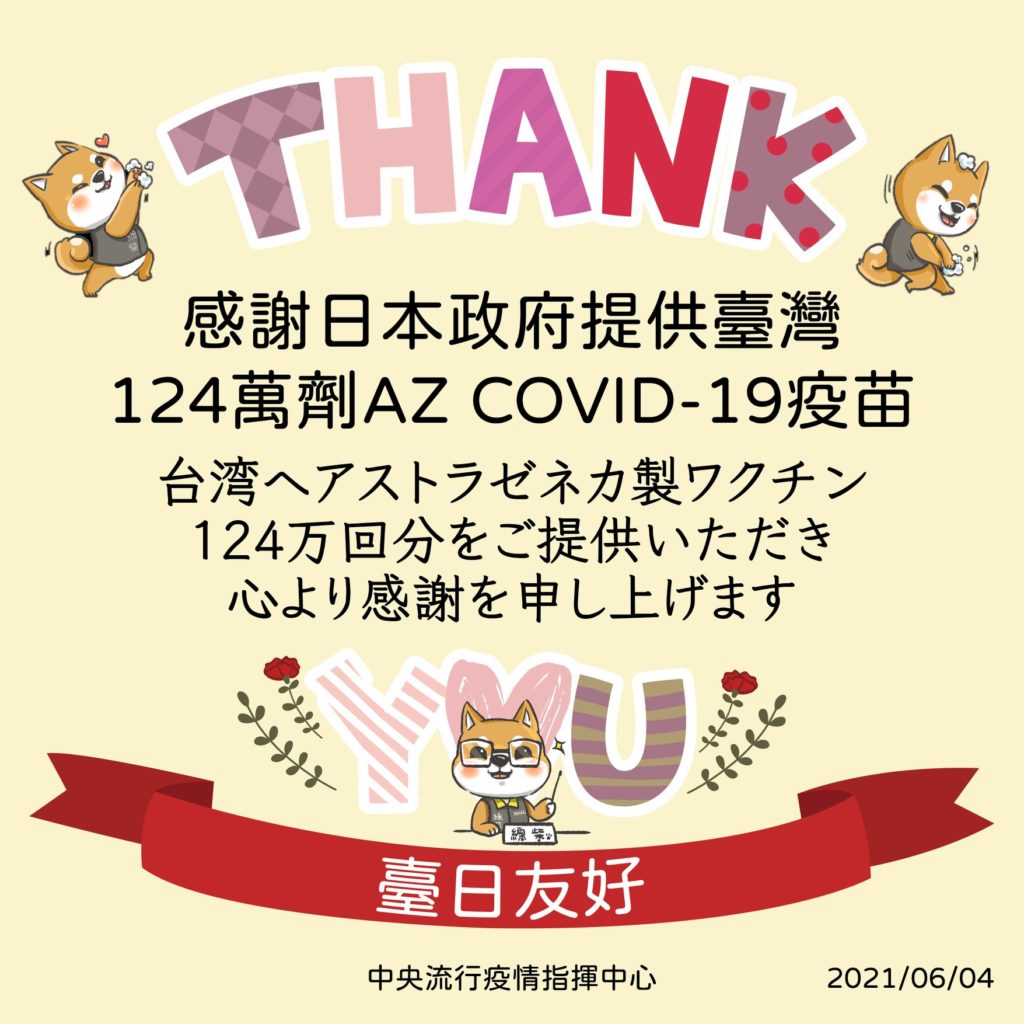 As the Tsai administration has alleged Chinese interference in its attempts to purchase BioNTech vaccines in the past, the KMT may also be counting on China not to interfere in its attempts to purchase vaccines, as the pro-China party in Taiwanese politics. The KMT has long sought to claim that it is is the only party able to maintain stable cross-strait relations with the CCP—as observed in the CCP refraining from poaching diplomatic allies of Taiwan when KMT administrations are in power—and that this is why it should hold political power.

China has hit back at vaccine donations to Taiwan, claiming that this is another way in which the DPP is pursuing Taiwanese independence—through vaccines. Nevertheless, one expects that attempts by China to sow division in Taiwan using the issue of vaccines will only continue—if not strengthen—after the recent vaccine donations from the US and Japan. Vaccine diplomacy is the name of the game.