AN UNEXPECTED DEVELOPMENT in the last two days has been the announcement that corporate and religious groups in Taiwan are hoping to purchase vaccines. This takes place on the heels of local governments controlled by the pan-Blue camp accusing the Tsai administration of covering up that they have the legal right to purchase vaccines. As the central government must sign off on all vaccine purchases, they are now urging the central government to allow them to make purchases on their own.

This has been spearheaded by the Nantou County government, which is currently headed by Lin Ming-chen (林明溱) of the KMT. Lin states that the Nantou County government is hoping to purchase the German BioNtech vaccine through its Greater China distributor, Shanghai Fosun. The Tsai administration previously alleged interference by Shanghai Fosun in attempts to purchase the BioNtech vaccine during negotiations directly with BioNtech itself, though Shanghai Fosun currently claims that it is willing to sell to Taiwan. 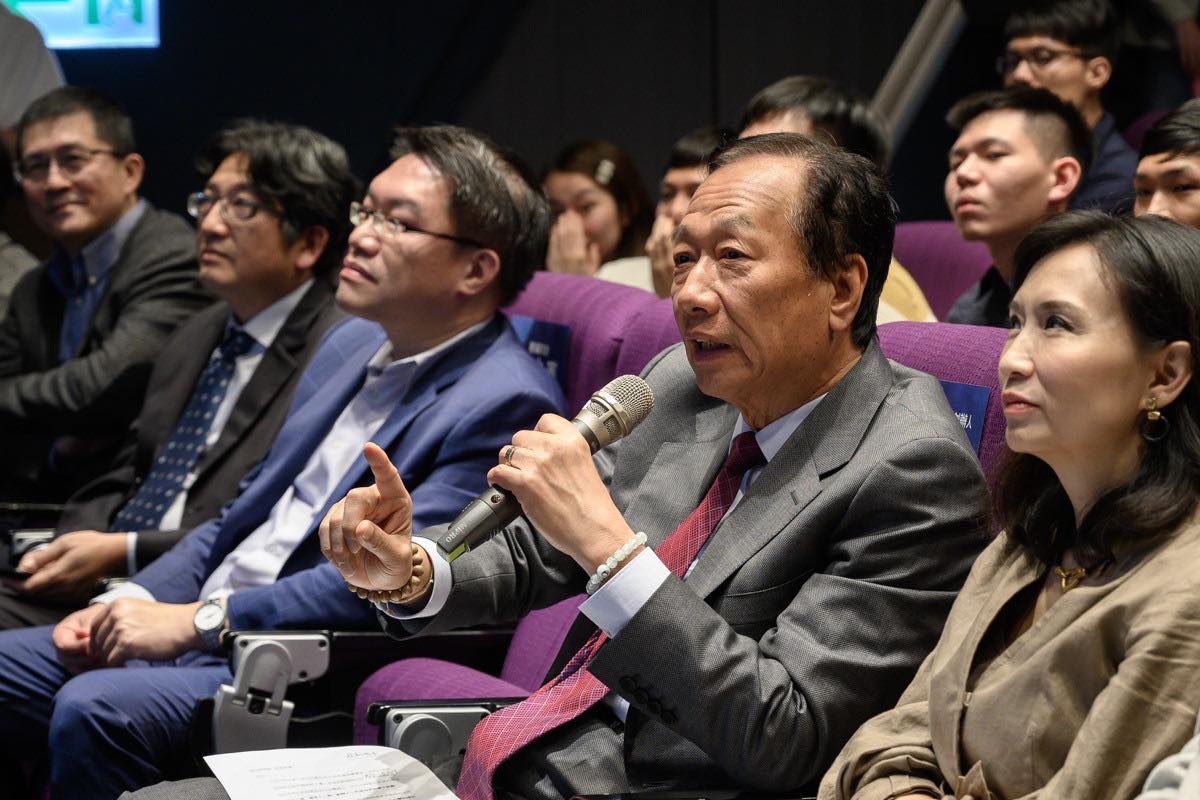 Minister of Health and Welfare Chen Shih-chung stated earlier this week that while a contract had been signed with BioNtech, things started to go south with the deal when BioNtech disputed the use of the term “my country” to refer to Taiwan in the press release about the deal. Subsequently, BioNtech claimed supply chain issues that would lead to delays in the vaccine shipment, as well as changes in the numbers of the vaccines that could be delivered.

This was followed up by Chang Ya-chung (張亞中), a KMT member based in China and the head of the Sun Yat-Sen School, announcing that Zeng Nian (曾念), the director of China’s Beijing Cross-Straits Eastern Culture Center, intended to donate ten million vaccines to Taiwan. Five million vaccines would be BioNtech vaccines, while five million would be Chinese-manufactured Sinopharm vaccines. Chang announced this alongside pan-Blue firebrand Alex Tsai, a former KMT legislator and Central Standing Committee member who has in the past been implicated in death threats against accused Chinese spy Wang Liqiang and corruption cases involving formerly state-owned companies.

The Sun Yat-Sen is a KMT party school used for internal ideological education, whose past heads have included former KMT chair and deep Blue firebrand Hung Hsiu-chu. Hung herself recently stated that she was willing to request vaccines from China. Chang is a former advisor to Hung and is also the chair of the pro-unification Chinese Integration Association.

Vaccines manufacturers normally sell directly to governments. Governments worldwide have primarily acquired COVID-19 vaccines in one of three ways: by purchasing directly from manufacturers, purchasing through regional bodies such as the European Union or African Union, or through the COVAX international vaccine sharing agreement. These deals are highly secretive in nature, due to drug companies hoping to keep details secret including the price per dose, deposit paid, and the schedule for delivery. When many countries around the world are waiting for vaccines, it proves utterly bizarre that a contract electronics manufacturer, a Buddhist religious organization, and a KMT educational institution have in short order all suddenly claimed to be able to purchase vaccines. 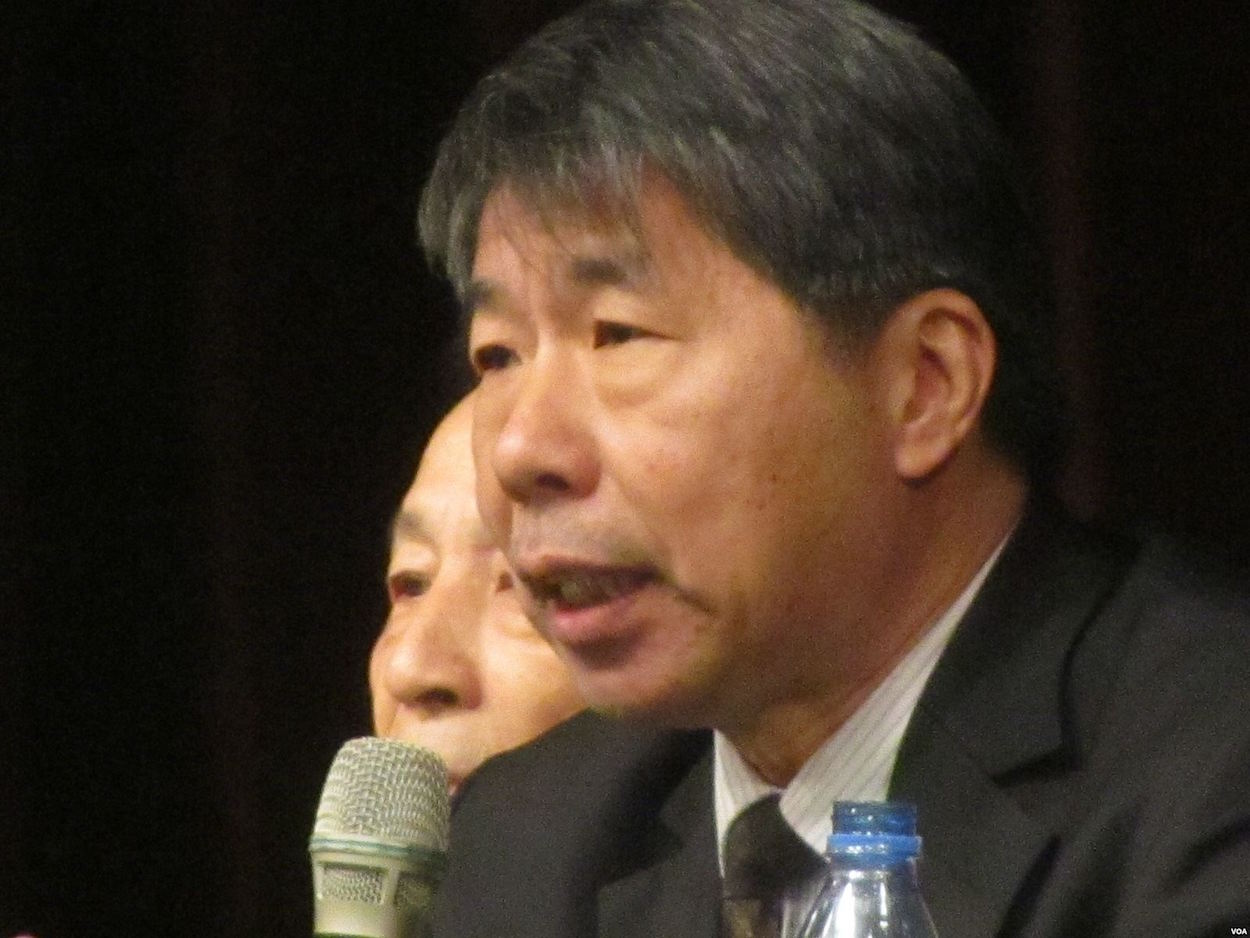 This is in line with a disinformation push one has seen in past days to make it appear as if vaccines are easily obtained outside of Taiwan, with claims that Taiwan has the world’s lowest rate of vaccination from the TPP, or widely circulated images of vaccines available in American warehouse stores. Claims about Taiwan having one of the world’s lowest rates of vaccination, such as from the TPP, generally do not take into account population, resource disparity, and rates of infection for the countries Taiwan is being compared to, treating all as comparable, and the suggestion is that vaccines are so easily available outside of Taiwan as to be sold in warehouse stores in America.

To this extent, one notes that FoxConn CEO Terry Gou claims that he will not be purchasing Chinese vaccines, but that he will be purchasing directly from BioNtech out of the 100 million vaccine quota that Shanghai Fosun is able to sell, according to its agreement with BioNtech. Although DPP majority speaker Ker Chien-ming, who has a history of unexpectedly being willing to work with the pan-Blue camp, previously claimed that Gou had sought his assistance in purchasing vaccines but that the deal had fallen through for unknown reasons, possibly due to political interference from Beijing or the Taiwan Affairs Office.

Gou later denied that the deal had fallen through. TPP legislator Ann Kao, a former aide of Gou’s and a longtime confidante of the FoxConn CEO, later claimed that this was disinformation in the Taiwanese media, that Gou had been surprised when news broke of plans to purchase vaccines, and that the issue at hand returned to the DPP’s “political attitude.”

Yet the claim that BioNtech vaccine purchases negotiated by Gou or Chang will be German-manufactured vaccines and not Chinese vaccines is worth scrutinizing. Public polling from a variety of sources has shown that the majority of Taiwanese are not willing to take Chinese vaccines, including DPP internal polling, polling by the Taipei-based Association of Chinese Elite Leadership, and polling by Global Views Monthly.

The Taiwanese public seems to largely distrust Chinese vaccines. As a result, exceptions such as Hung Hsiu-chu notwithstanding, the KMT has primarily claimed that Chinese interference which would not occur if it were in power is preventing Taiwan from buying Chinese vaccines. 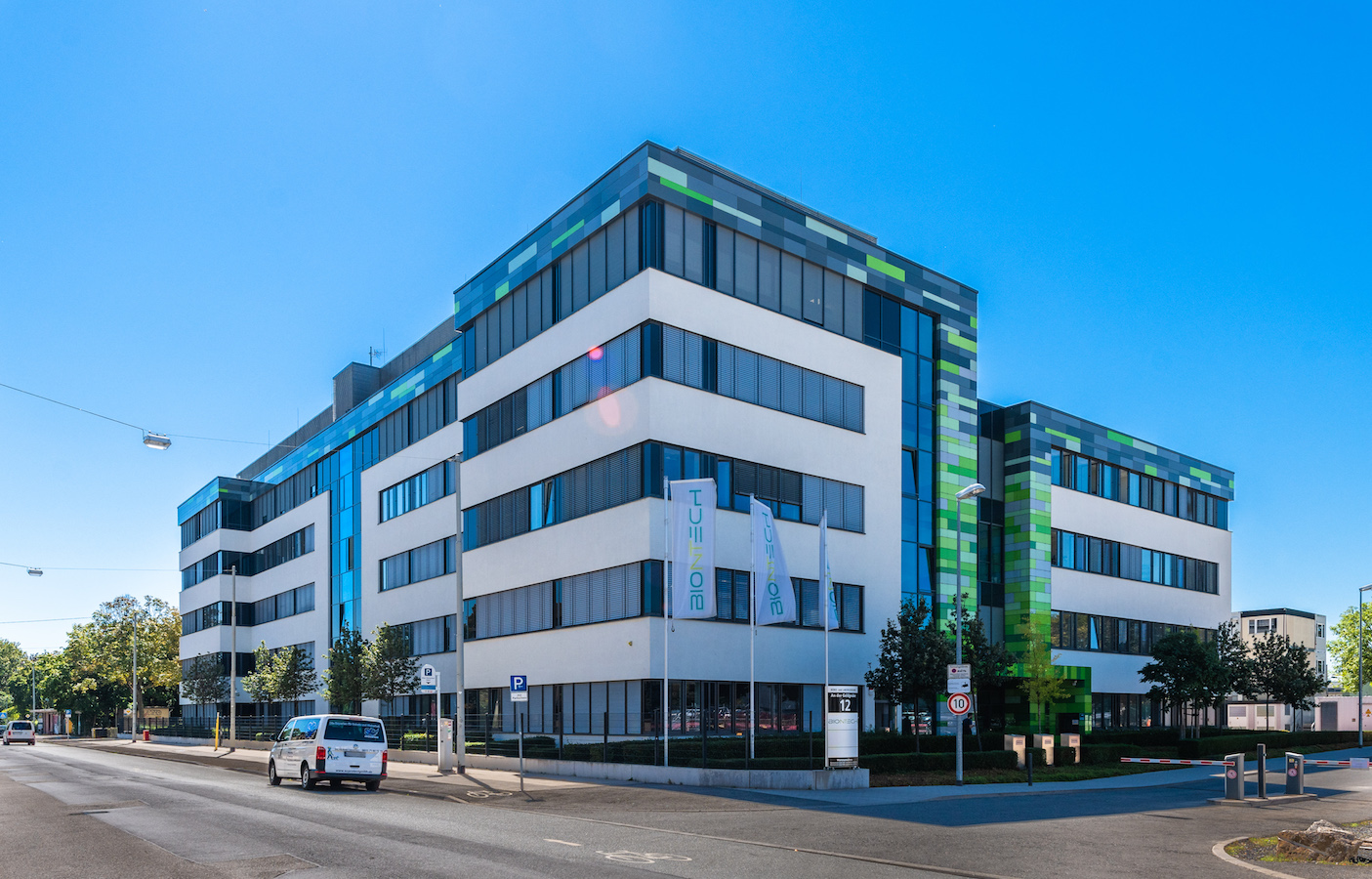 Significantly, Fosun’s relation to Pfizer and BioNtech is an extremely murky one. BioNtech characterizes Fosun as its distributor and marketer in the greater China region but, in reality, Fosun has been involved in the development of BioNtech vaccines from the beginning, assisting in conducting phase one trials of one of the vaccine strains that was later not used in the final product.

Fosun’s involvement in BioNtech’s vaccine distribution has been kept quiet in sensitive markets before. The Hong Kong government saw backlash in November 2020 after it announced that it was purchasing vaccines from Fosun, as BioNtech’s greater China distributor, when it had previously only referred to purchasing vaccines directly from Pfizer and BioNtech. The Hong Kong government was accused of keeping quiet about the involvement of a Chinese distributor.

In this sense, one should be deeply skeptical by claims by Terry Gou or Chang Ya-chung that the BioNtech vaccines they purchase for Taiwan would not be of Chinese manufacture.

To this extent, one notes that Fosun owns 49% of Sinopharm, vaccines from which constitute the other 50% of the vaccines that Chang Ya-chung claims he will obtain for Taiwan. Fosun jointly founded Sinopharm with the Chinese government in 2003. Sinopharm controls 15% of drug distribution in China and is China’s leading pharmaceutical company. As such, Chang Ya-chung claiming he will bring both Sinopharm and BioNtech vaccines to Taiwan is all the more suspicious, given the close relation between the two companies—suggesting that Chang may be working quite closely with Fosun.

Rather, Gou and Chang’s supposed deliveries of the BioNtech vaccine could be used as a way to force Chinese vaccines onto Taiwanese, while trying to make the Tsai administration look bad if it turns down the vaccines—making it appear as if the Tsai administration were turning down quality German-manufactured vaccines simply out of spite against the pan-Blue camp. Yet this would be to try and pass off Chinese vaccines as German vaccines. 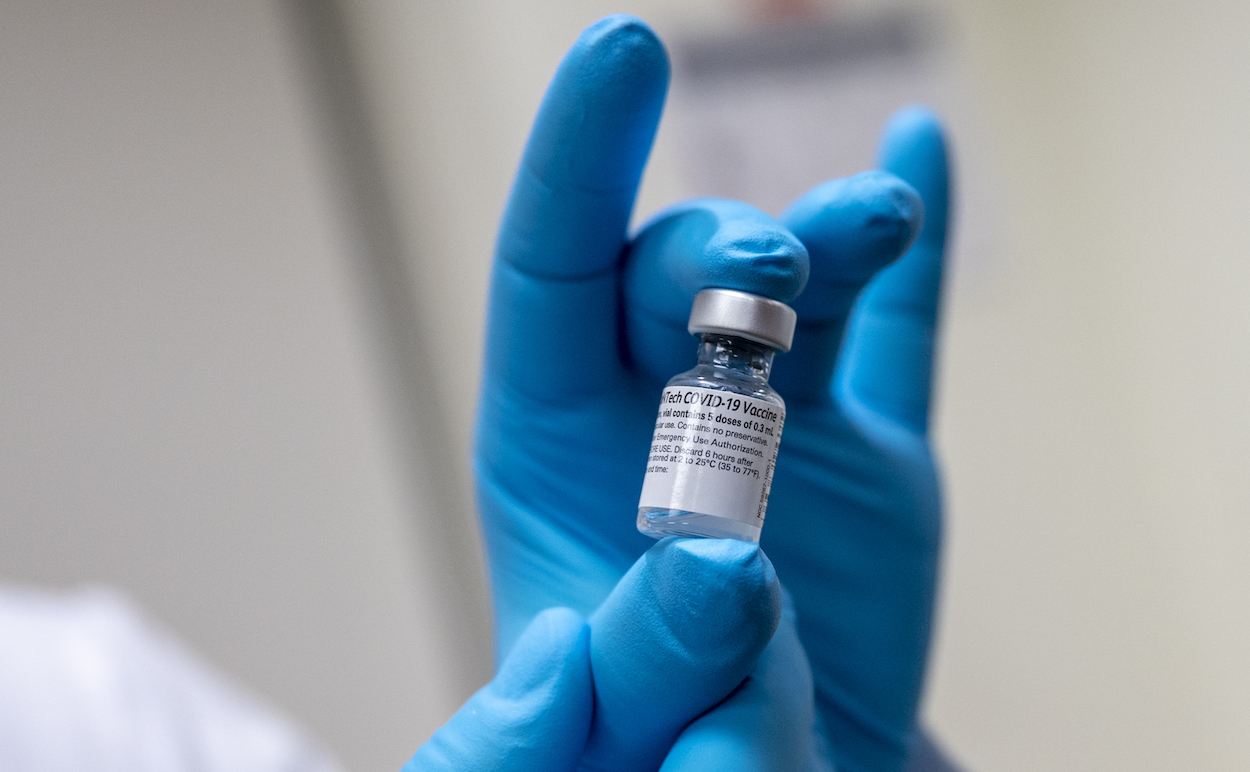 Photo credit: US Department of Defense/WikiCommons/CC

Similarly, with the Tsai administration banking on domestically-manufactured vaccines to resolve Taiwan’s COVID-related woes, this can be a way to damage the legitimacy of domestic vaccines. While BioNtech vaccines are UN/WHO-certified, it is improbable that domestically manufactured vaccines will receive such certification, due to Chinese influence within the organization—unless the US decides to throw its weight behind Taiwanese vaccines and champion them internationally. This would be a way to use the vaccine issue to attack the Tsai administration.

Indeed, the idea of Gou or Chang managing to deliver vaccines to Taiwan through FoxConn or the Sun Yat-Sen School is, in fact, an impractical one. BioNtech vaccines need to be stored at -70 degrees celsius, creating challenges in their distribution. One suspects Gou and Chang are not, in fact, serious about the idea of purchasing vaccines but are raising it as political theater in order to attack the Tsai administration. But the idea is one which can sow a great deal of discord at present.