THE TSAI ADMINISTRATION saw a minor cabinet reshuffle earlier this month. Mainland Affairs Council (MAC) Minister Chen Ming-tong took up a post as director-general of the National Security Bureau (NSB), while current director-general Chiu Kuo-cheng will become Minister of Defense. Current Minister of Defense Yen De-fa became consultant on the National Security Council (NSC) while former Minister of Justice Chiu Tai-san, currently a consultant on the NSC, will become minister of the MAC.

This minor reshuffle follows up on reports that the Tsai administration would reshuffle its cabinet after the Lunar New Year. Some media reports before the Lunar New Year suggested that Minister of Labor Hsu Ming-chun would be ousted from the cabinet after going off-script to announce plans to reform labor insurance or because of allegations of insider trading. Other reports suggested that it was Premier Su Tseng-chang who would be ousted. However, what took place was instead a reshuffling of individuals in national security-related positions. 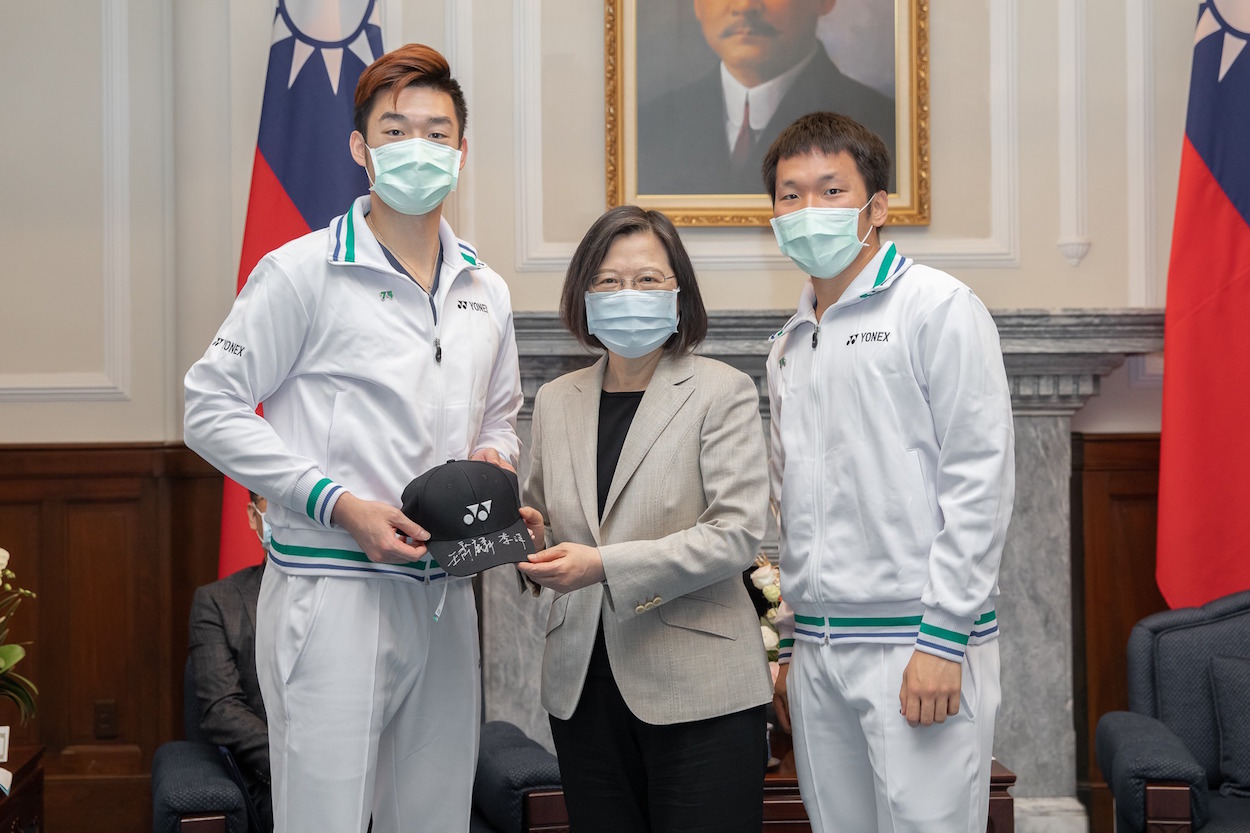 Members of pan-Blue parties such as the KMT and TPP have accused the Tsai administration of simply reshuffling cabinet members that already held similar positions, without it being clear what would change through the reshuffle. As such, both parties have accused the Tsai administration of relying on a small set of individuals to fill key positions.

Indeed, it is the case that the Tsai administration has a longstanding practice of circulating the same revolving cast of politicians between positions. Another case in point would be moving Wellington Koo from a position as legislator to head up the Ill-Gotten Party Assets Settlement Committee aimed at targeting the party assets of the KMT retained from the authoritarian period in 2016—then transferring him to head the Financial Supervisory Commission in 2017, and to become secretary-general of the National Security Council in 2020. Consequently, Koo’s transfers in government positions have sometimes attracted speculation.

However, members of the pan-Green camp have suggested that the Tsai administration’s personnel transfers are aimed at increasing coordination between government bureaus. Chen Ming-tong taking up a post as director-general of the National Security Bureau after a stint as Minister of the MAC is likely due to considerations regarding threats to national security from China, which also explains Chiu Kuo-cheng becoming Minister of Defense after serving as director-general of the NSB.

Chiu Tai-san may be taking up a post as minister of the MAC due to his legal expertise as a former Minister of Justice, at a time in which national security legislation passed by China or attempts to extradite sensitive political suspects to Taiwan, such as with regards to the Chan Ming-tong case, could lead to legal traps aimed at ensnaring Taiwan. Chen Ming-tong, who has a civilian background, becoming head of the NSB—not to be confused with the civilian NSC—may also be aimed at providing civilian oversight over the security agency, something of concern in the past due to the possibility of pro-China sympathies among members of Taiwanese security agencies.

In the meantime, the Legislative Yuan’s mandate for the upcoming legislative session includes a number of familiar issues. The timeline for Taiwan’s acquisition of COVID-19 vaccines and the issue of ractopamine-treated pork imports from America will continue to be points of conflict between the pan-Green and pan-Blue camps.

The KMT can be expected to attack the DPP for its delays in acquiring vaccines for Taiwan, with the KMT possibly leaning into the claim that Taiwan should consider using Chinese-produced vaccines. With the Executive Yuan having drafted a plan to inject billions of NT into the domestic pork industry in order to allay fears regarding competition from American pork, it is to be seen whether this will placate the domestic pork industry. But, as the Tsai administration lifting longstanding limits on US pork imports was aimed at removing a barrier to signing a trade agreement with the US, it is to be seen whether the US will view such measures as protectionist in nature and see them as an obstacle to a trade deal. 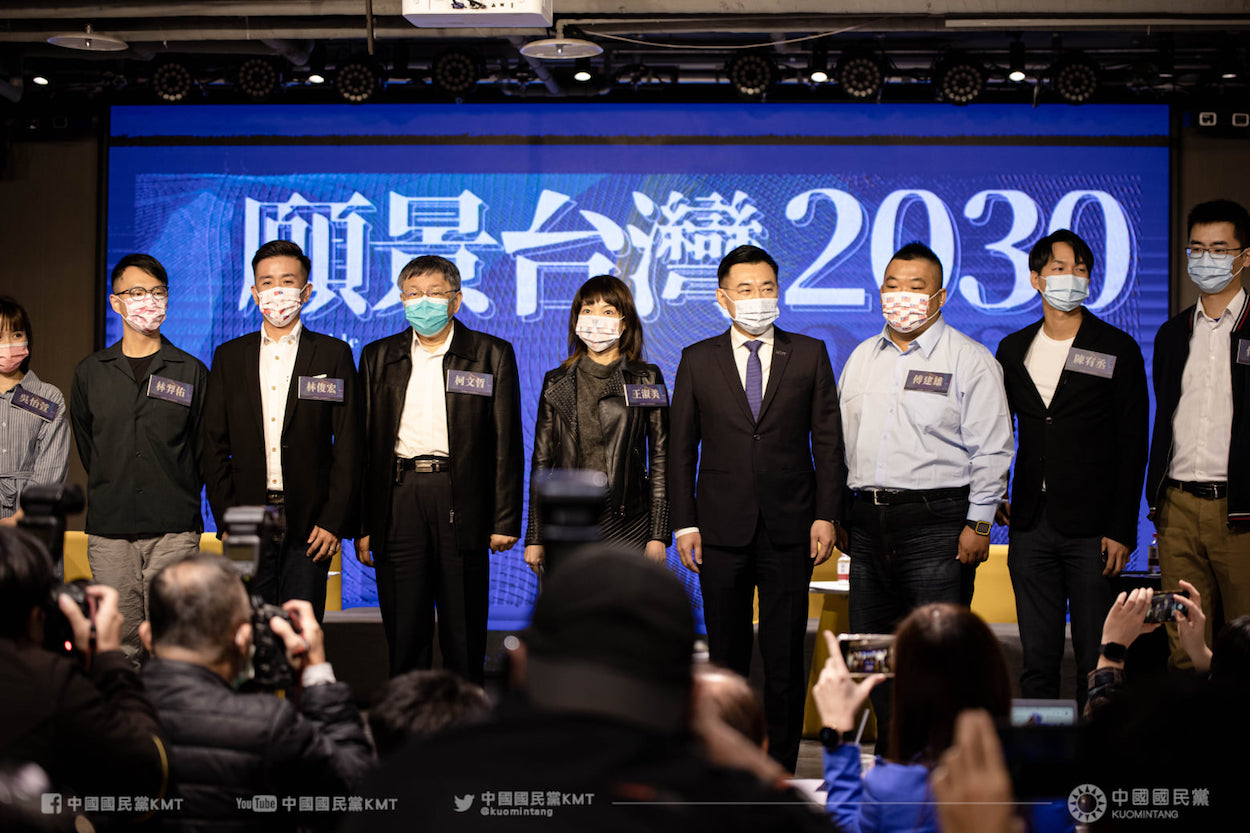 Constitutional reform will come up, as another recurrent issue of the pan-Green camp, inclusive of longstanding calls to abolish the Control Yuan and Examination Yuan. Though one expects deep Greens to react with anger to what they see as the stalling of the Tsai administration, the pan-Green camp is generally not expected to try any major moves aimed at changing Taiwan’s geopolitical or constitutional status at this juncture, particularly so early into the recently sworn-in Biden administration.

It is also expected that the legislature will move to lower the voting age, a bipartisan issue agreed on between the pan-Green and pan-Blue camps. This move will benefit the pan-Green camp, which sees broader support from young people because of trends in Taiwanese identity, but the pan-Blue camp has few grounds on which to oppose this due to Taiwan having one of the highest voting ages in the world.