RECENT ACTIONS by the Tsai administration concerning Itu Aba, also known as Taiping Island, continue to strike as illogical in heightening South China Seas tensions and alienating potential allies against China who also have a claim to South China Seas islands. In July, Tsai sent a warship to Itu Aba after the South China Seas ruling in favor of the Philippines by the Hague, this being to protest the downgrading of Itu Aba’s legal status to a “rock”.

But Tsai’s actions concerning Itu Aba would recently make international news once again when the construction of new anti-aircraft weapons systems on the island led to Taiwan requesting Google to blur satellite images of the island. Itu Aba, also known as Taiping Island, is currently administered by Taiwan and has fortifications, military barracks, a hospital, radar and satellite facilities, and a temple on the island. However, the island is also claimed by China, the Philippines, and Vietnam.

The fact that Tsai Ing-Wen is legally obligated as the president of the Republic of China (ROC) to maintain the territorial claims of the ROC is one way in which Tsai continues to be constrained by the ROC framework and constitution. After all, the ROC’s territorial claims include Mongolia and Tibet and are in fact larger than the territorial claims of present-day China. But is not in fact surprising that Tsai Ing-Wen would continue to reiterate the ROC’s claims over South China Seas islands, seeing as Tsai has reiterated many times her intent to stick to the ROC framework in order to avoid being too provocative of cross-strait relations. 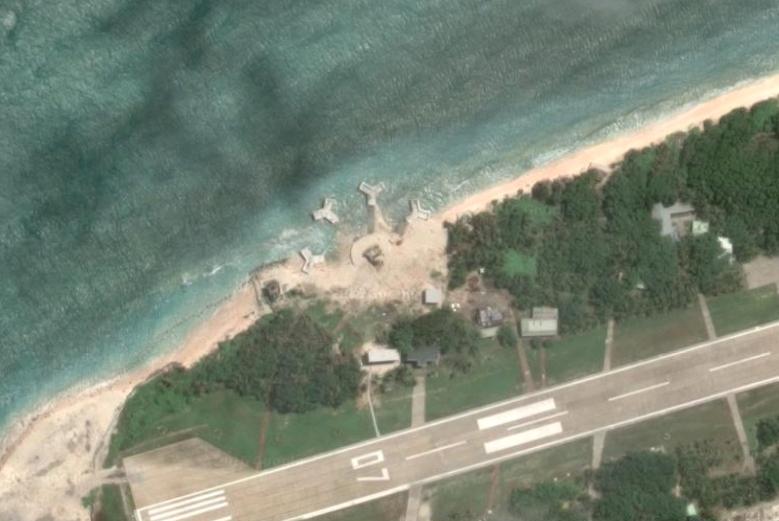 What is surprising is how aggressive Tsai’s response to infringements on Taiwan’s claims over South China Seas islands as Itu Aba has been, inclusive of sending a warship to the island and building new fortifications on the island. Both were events that made international headlines and stand to greatly affect how the international community perceives Taiwan under the Tsai administration. For observers with only a surface-level understanding of Taiwanese politics, it even appears as though that Taiwan may be allying with China regarding disputed South China Seas island territories, suggesting shared interests between Taiwan and China in foreign policy and the continuation of Ma era policies of rapprochement between Taiwan and China. Such actions do not at all suggest that Taiwan is interested in allying with Southeast Asian countries to ward off the political and military threat of China, as Tsai is attempting through her New Southwards Policy.

A possible motivation for such aggressive responses by Tsai would be that Tsai is trying to secure a seat in the course of any possible future South China Seas negotiations by forcibly reminding the world of Taiwan’s stake in the matter. Namely, Taiwan also has an interest in and claim to South China Seas islands but is often ignored during international proceedings. Taiwan was neglected during the proceedings of the Hague’s ruling on the South China Seas, for example.

However, it generally seems much more up the alley of the KMT ideology to prioritize defending the ROC’s territorial integrity at all costs. Deep Blue ideology places a great deal of ideological weight on defending South China Seas islands claimed by the ROC. This is why former president Ma Ying-Jeou would pay a visit to Itu Aba in January to protest any downgrading of the island’s status and why current KMT chairperson Hung Hsiu-Chu has attempted to hammer Tsai Ing-Wen on the issue of the ROC’s South China Seas claims in the name of ROC patriotism many times.

Why does Tsai seem to be carrying on action more along the lines of the KMT, then, where Itu Aba is concerned? Is this is a product of Tsai’s much criticized tendency to try to compromise with all political forces to keep them happy and, in trying to please all sides, pleases nobody? And, if so, is Tsai is even going out of her way to try and please the KMT on the matter of territorial claims in the South China Seas by the ROC? 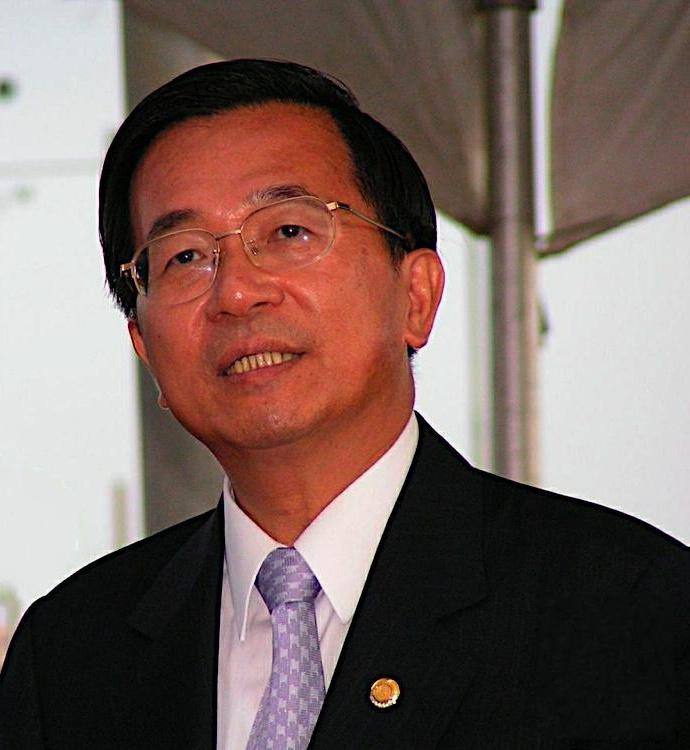 We may do well to keep in mind that even Chen Shui-Bian—sometimes seen as a pro-independence diehard too willing to upset cross-strait relations as part of his aim of achieving Taiwanese independence—defended Taiwan’s claims over Itu Aba and visited the island in order to assert the ROC’s territorial claims over the island much as Ma Ying-Jeou did. It may be this which provides the answer as to why Tsai continues to assert territorial claims over Itu Aba.

It is sometimes believed that the reason why Chen asserted such claims over Itu Aba, despite this otherwise conflicting with his political agenda, was because Chen feared a military coup against him and that he was hoping to keep the ROC military happy through continuing to assert territorial claims over South China Seas islands. If this sounds illogical today, we do well to remember that Chen was the first non-KMT president of Taiwan in history and the possibility of a military coup was very much possible during Taiwan’s process of democratization—even when it comes to as recent history as the Chen administration.

While the possibility of a military coup seems improbable today, it is that the Taiwanese military often continues to be seen as a bastion of ROC nationalism. As such, if it would be strange that Tsai is attempting to keep the KMT happy by aggressively asserting claims over Itu Aba while at the same time clashing with the KMT on matters as party assets or transitional justice legislation, Tsai continuing to assert claims over Itu Aba may indeed a product of Tsai’s tendency to try and compromise with all political actors to keep them all happy.

Namely, it is possible that Tsai may be attempting to compromise with political actors who are not entirely visible in the public eye, but which are part of the ROC military establishment and would strongly oppose giving up Itu Aba or South China Seas claims more generally. This may be why it remains so opaque as to why Tsai continues to aggressively assert claims over Itu Aba, because such individuals are not always in the public eye. Tsai does not answer only to the public, after all, but also to members of government and has to negotiate policy matters with the public as well as interest groups within government. 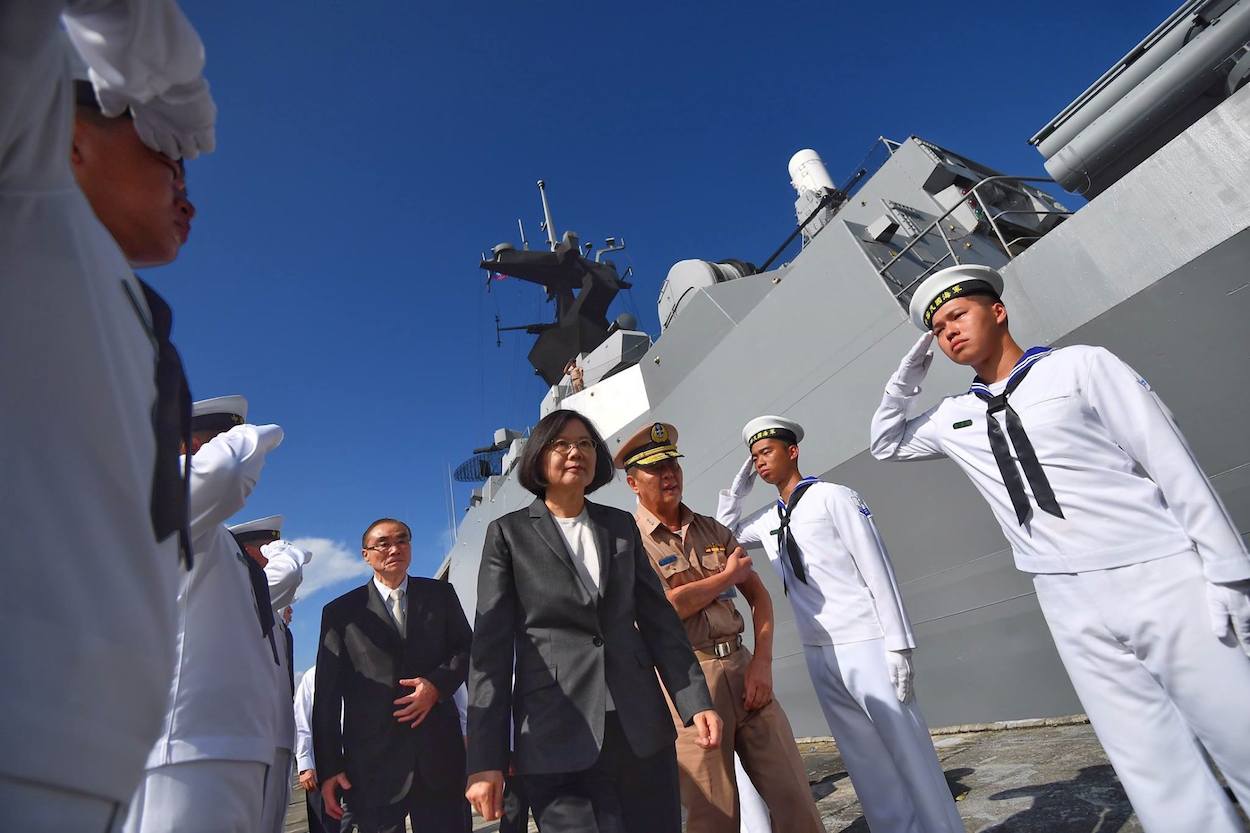 If anything as severe as a military coup does not seem on the table at this point in Taiwanese history, the ROC military establishment comprises a political interest group which Tsai must also try to keep happy. Indeed, Tsai’s political appointments have sometimes provoked ire, seeing as Tsai has in many cases kept Ma administration officials in place or attempted to appoint individuals who held positions under the KMT’s period of authoritarian rule. This reflects the broader fact that some sections of government remained dominated by internal establishments which are strongly pan-Blue and these internal establishments are deeply entrenched enough in government that Tsai cannot in all cases break them up and replace key staff positions with her own people. This seems to have been the case with appointments in the Ministry of the Foreign Affairs and this may also be the case with the military. Hence Tsai’s actions regarding Itu Aba.