THE NPP SAW its central committee elections last week, with a three-day voting period ending on August 27th, and results announced on August 28th. However, after a month that saw a series of departures from the party, the voting process again saw controversy after Kaohsiung city councilor Huang Jie (黃捷) abruptly withdrew from the party on August 26th, when the party was still in the middle of its voting.

The past month saw the departure of the NPP’s remaining Taipei city councilors, Meredith Huang (黃郁芬) and Lin Yingmeng (林穎孟), following corruption allegations against former party chair Hsu Yung-ming (徐永明). Hsu was implicated in a bribery case involving an ownership struggle over the Pacific SOGO chain of department stores, which also implicated DPP and KMT legislators. Despite the severity of the charges against Hsu, particularly for a political party whose party identity was founded upon the claim to be above the corruption of the DPP and KMT, the NPP’s central committee seemed to demonstrate support for Hsu after making public appearances with Hsu after a court appearance. 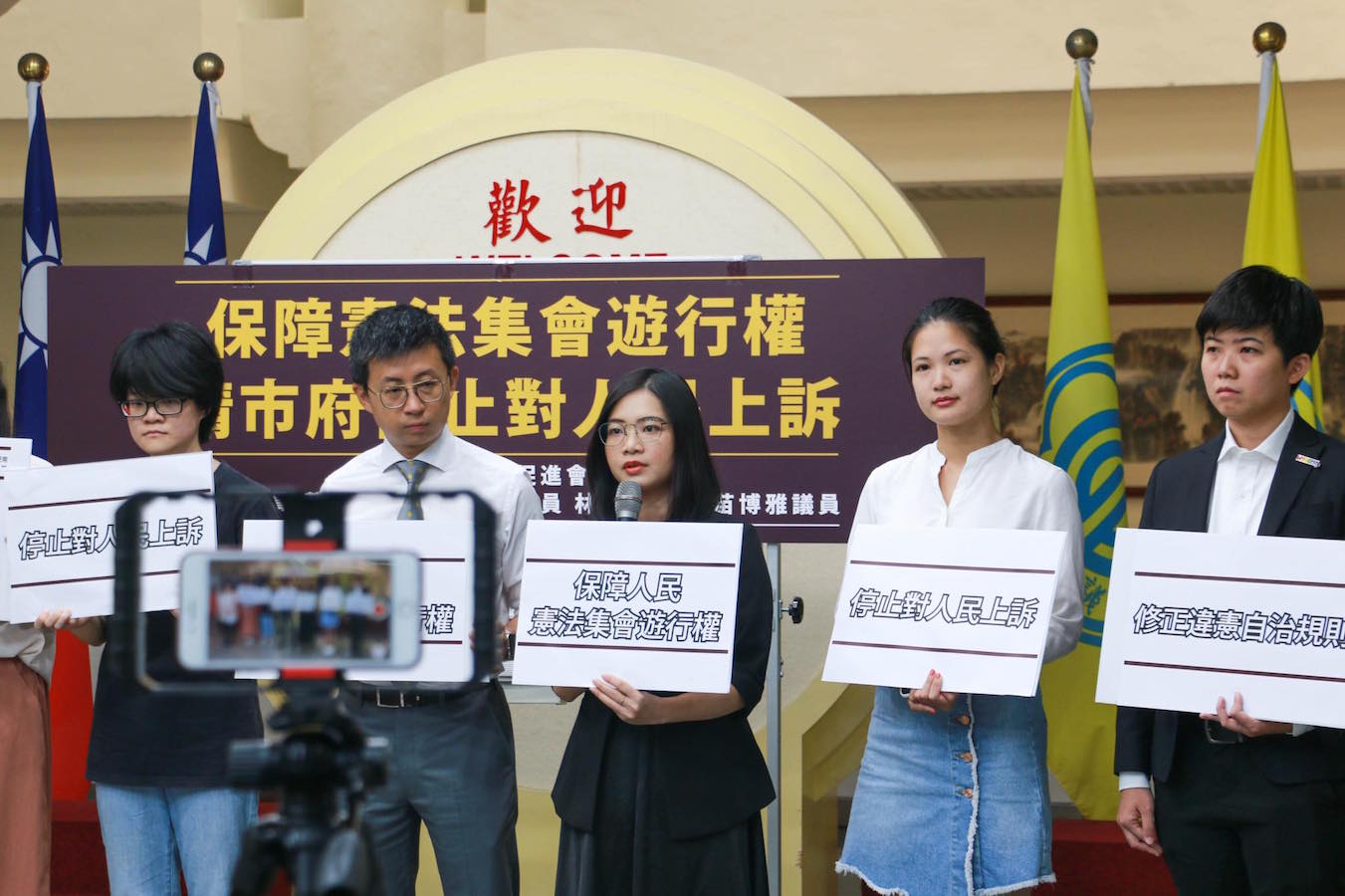 Though Hsu later announced his withdrawal from the party, Huang and Lin announced that they would be striking out as independents, as did Miaoli city councilor Tseng Wen-hsueh (曾玟學). Meredith Huang, in particular, cited being internally targeted by members of the party, with the view that she was too close to former NPP legislator Freddy Lim (林昶佐). Comments by current DPP legislator Lai Pin-yu (賴品妤), formerly Lim’s assistant within the NPP, seemed to indicate that Huang was being targeted by individuals within the party loyal to former party chair Huang Kuo-chang (黃國昌), who was himself close to Hsu in the party.

Although Huang Jie initially did not withdraw from the party, she joined Meredith Huang and Lin Yingmeng in their criticisms of the party after news of the Hsu controversy broke. Huang Jie initially stated that she intended to stay within the NPP because she saw there was still value in such an organization existing.

However, Huang withdrew alleging irregularities with the voting process, suggesting that the internal voting process for the NPP was not democratic. This took place after Huang’s sister and twelve other NPP members acquainted with Huang had their votes invalidated, with the claim that their votes were invalid due to paying their dues using the same credit card. Out of 2,071 individuals that were eligible to vote, only 1,323 voted, meaning that voter turnout was 63.88%.

After Huang left the party, Huang noted that she gained tens of thousands of followers on her Facebook page overnight. Huang also appeared with Freddy Lim in a publicized photo in a gym shortly afterward, stoking speculation that Lim might seek to unite former NPP members that he was formerly close to under his auspices in a new party.

Huang Jie was one of the NPP’s most popular politicians, as she and the NPP’s Taipei city councilors were among its best-known city councilors. Her departure marks a severe blow to the NPP. As Huang had the eighth highest votes in the voting process, she would have made it to the party central committee had she stayed in the party.

Consequently, the NPP’s new party chair will be vice secretary-general Kao Yu-ting (高鈺婷), a former candidate for the party in Hsinchu legislative elections earlier this year. NPP legislator Claire Wang (王婉諭) received the most votes, but she announced that she did not intend to stand for the position of party chair.

Livestream by the NPP announcing its new central committee

The central Taiwan faction of the party, mostly consisting of party members from Hsinchu and Miaoli, is strengthened through the central committee results. This can be observed in the constitution of the central committee and Kao’s position as chair, with a relative lack of party members loyal to former party heavyweights Freddy Lim and Huang Kuo-chang. Only Huang remains within the party but, at the same time, one expects his influence in the party to still be present.

The future of the NPP remains up in the air, then. For the new central committee to turn the party around may require substantive effort, with the party having gained a reputation for internal splits and lost its clean political image in the last year.