More Radical Than the DPP?: An Interview with Chen Bo-wei

Brian Hioe: First, could you introduce yourself for our readers? How did you come to participate in politics?

Chen Bo-wei: Hi everybody, I’m Chen Bo-wei. I previously worked in commercial films. In Asia, that includes in China, Hong Kong, Taiwan, Japan, and Indonesia. The last film I worked on was On Happiness Road.

After finishing that in 2017, I began to become concerned with Taiwanese politics and society, so I began to visit different social movement groups and political parties. After I encountered the Taiwan Statebuilding Party, I felt that this was the party that Taiwan needed at present. 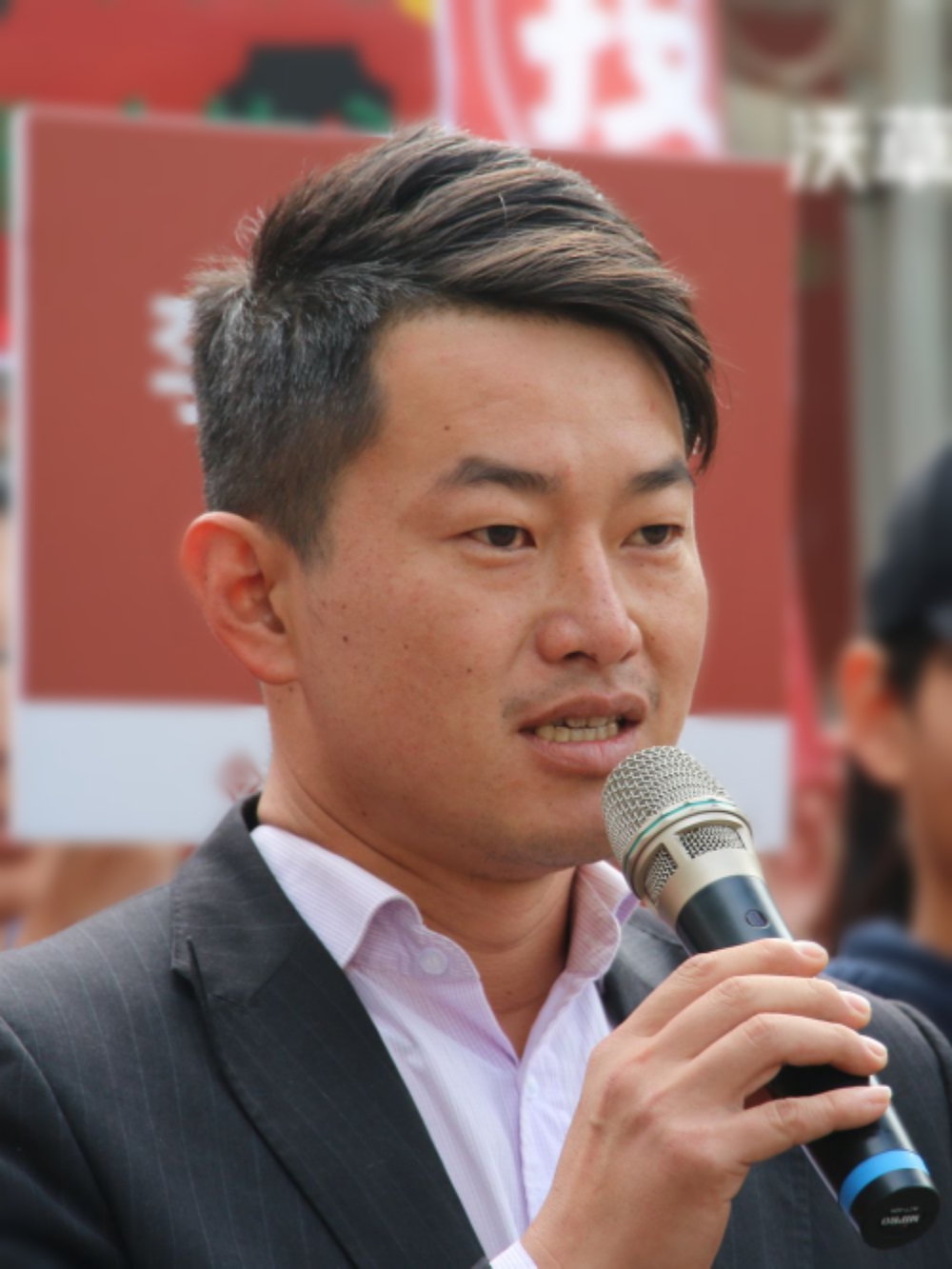 So at that time, I mentioned to the party chair that I wanted to help the party in some way, to help Taiwan improve. The party chair told me that the way I could do so was by running in an election. I entered politics in this way.

CBW:  Last year, I made a short film about Han Kuo-yu’s campaign promise to build a Ferris wheel on the banks of the Love River. This caught everyone’s attention. After entering politics, I hope to help Taiwan’s voice be heard. That’s me, I’m Chen Bo-wei, thank you everyone.

BH:  Why did you decide to join the Taiwan Statebuilding Party?

CBW:  There’s a key reason as to why I entered the Taiwan Statebuilding Party. We can say that this is part of the second revolution in Taiwanese politics. The first revolution was when Taiwanese people first established a party for themselves. There are many different tendencies in it, both progressive and conservative, but the fundamental principle of that was self-rule by the Taiwanese. This is why different factions and groups would unite from place to place.

Sticking to our values, we hope to lead Taiwanese people and the government toward the path of social liberalization, political democratization, and national self-determination. These are our core values. This is the direction that the Taiwan Statebuilding Party hopes to lead Taiwan in. 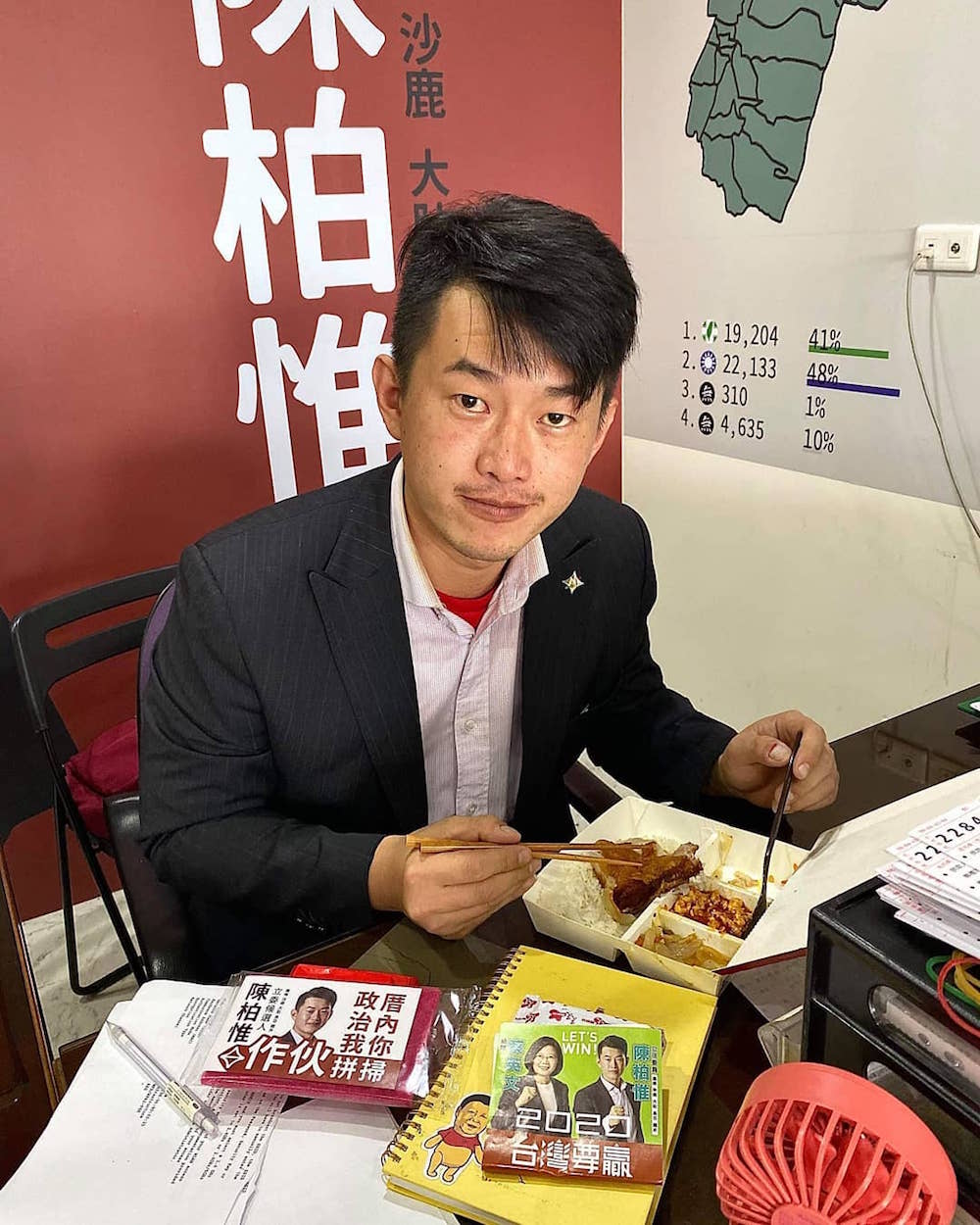 BH:  How do you think that this election different than past elections?

CBW:  I believe that the key issues this time aren’t only international ones, but are particularly focused on cross-strait relations between Taiwan and China. We can see what kind of candidates that those who are constantly shouting about the 1992 Consensus are running.

Then you also have international events, such as the US-China trade war, or how China, the largest non-market economy in the world, affects the international world. We also see the Anti-ELAB Movement in Hong Kong. This makes cross-strait relations and international relations a key issue for Taiwan at present.

BH: What do you think are the issues that voters in Taichung are focused on?

CBW:  I believe that Taiwan has been a democracy for around thirty years. It’s not that everyone one hundred percent understands what it means being a citizen or what kind of considerations that citizens should have. People usually just pick whoever seems more personally advantageous, or who is more easily reachable.

With the increasing pace of information, there are issues we have to pay attention to. For example, my electoral district in Taichung is a place in which development isn’t as advanced.  But the issues that people pay attention to are whether they can find politicians to help them out.

My opponent comes from a political family, including his younger sister, he himself, and his father. They have a close relationship with local factions there. So as to how closer relations with voters, this is something we have to think of ways to breakthrough.

BH:  The DPP is, notably, running a number of young candidates this time around and collaborating with the Taiwan Statebuilding Party, while the NPP is experiencing internal splits. What do you think this indicates about the current state of political participation in Taiwan by young people?

CBW:  I believe that first, I have to say, Taiwan is not yet a mature democracy. There are some people who don’t care too much about what happens with elections.

But starting from 1980 or so, for those who are about under 40, who have gone through a complete democratic education. 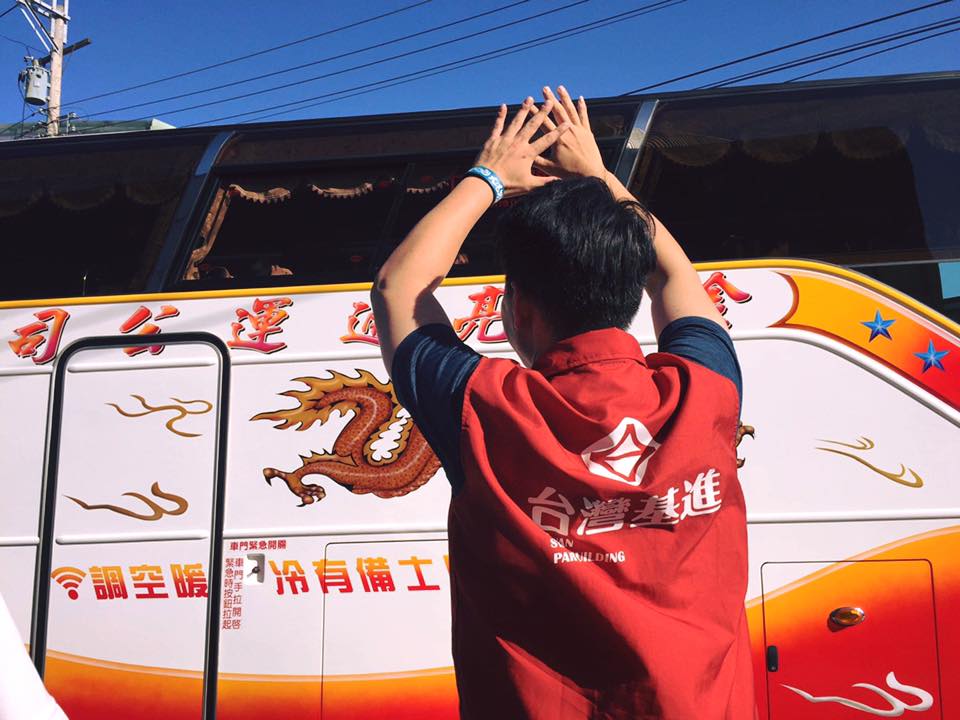 Such as the NPP. They might hope to distinguish themselves from other parties, that they’re not just a “little green” party.

The Taiwan Statebuilding Party is different. We have to distinguish ourselves the same way. But we see ourselves a “big green” and a “fighting green.” It’s the DPP which is a “little green” party. Because the DPP has to accommodate itself to the political mainstream, so it can’t be too radical.

For us, we can push for a path more radical than the DPP. But, on that point, we just take on different roles, I don’t believe that one path is right or another path is wrong.

BH: What, in particular, do you see as radical about the Taiwan Statebuilding Party?

CBW: For example, the recent law regarding agents acting on behalf of China, the CCP Agents’ Law. This was produced by looking at international laws.

Because right now we have zero seats. It’s the 113-seat legislature that makes these decisions. So civil society led politicians in this case and politicians subsequently followed. We hope to continue playing this role, to slowly fill up the gaps in Taiwan’s laws, and to address the problem of Chinese infiltration.

BH:  Do you think that political participation by young, progressive people in Taiwan can be situated alongside international trends in politics, regarding young politicians running on progressive platforms in the US, Europe, and beyond?

CBW:  I believe that media can provide package someone’s politics, but with the rapid spread of information, this can never last. Like last year, you can see that Han Kuo-yu was very popular, but his popularity wore off this year.

Social media allowed people to be able to see this more quickly. Media is just a channel for communicating, it can’t hide someone’s essential character, such as whether they’re opportunistic, pragmatic, or just acting. 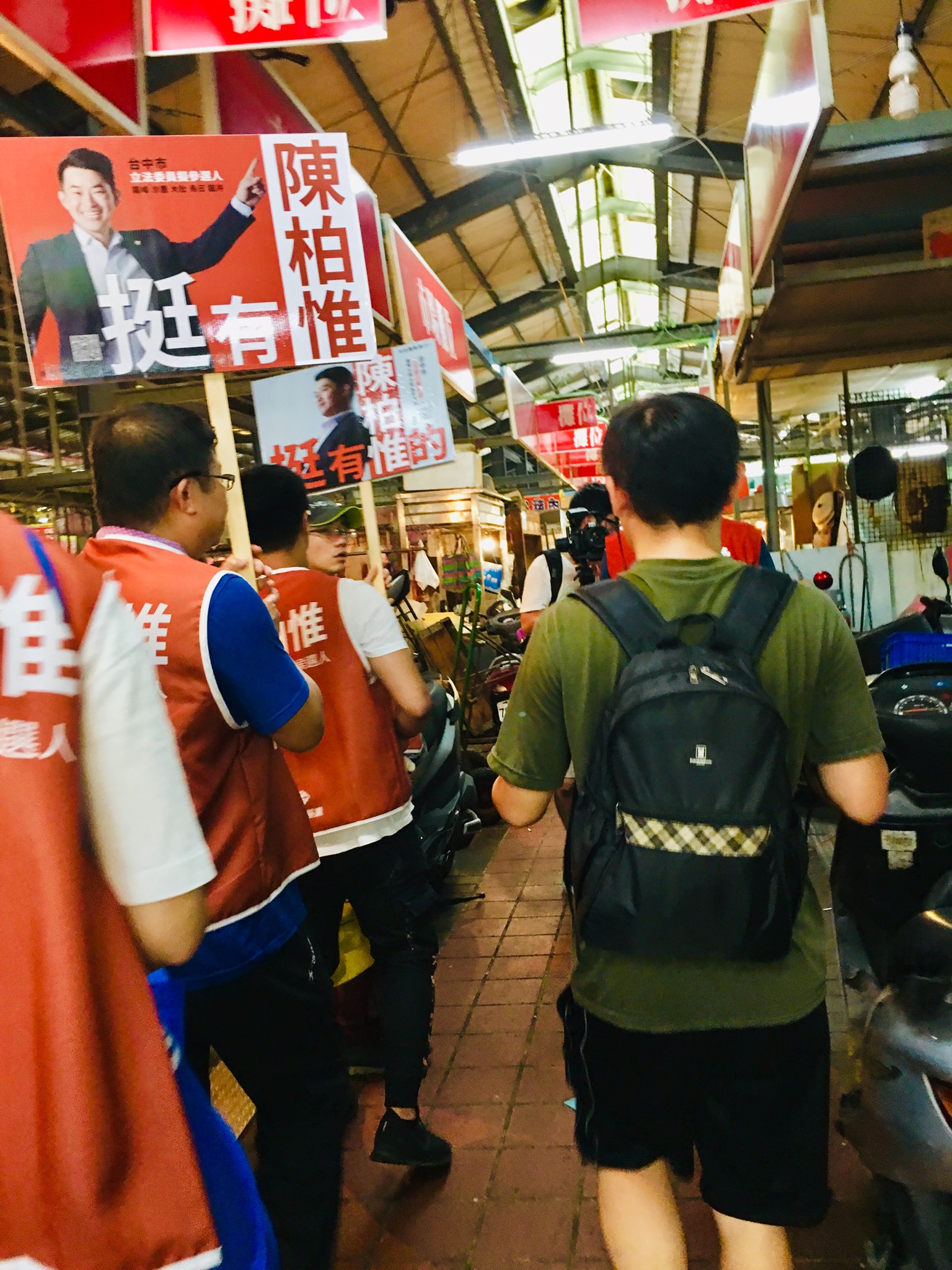 I believe that how a politician does depends on their political values or how they put those values into practice. So I don’t believe that social media, young people entering politics, or international trends is necessarily what is most important. We’re still a developing country.

BH:  Lastly, what would you have to say to not only Taiwanese readers, but also international ones?

CBW:  Taiwan is a nationless nation, it is also a democratic country without a mature democracy. There are many things we still need to work on. For example, which “China” is it that “Republic of China” refers to? And when you talk about Taiwan, people think you’re talking about Thailand.

Internationally speaking, although people know Taiwan, why is it that we still call ourselves  China? Taiwan has never stated to the international world, please call us Taiwan. Not even once. So people need to keep working on this.

Secondly, our democracy has only existed for thirty-three years. Compared to other countries, we’re still a young democracy. Whether in terms of our referendums or in terms of political discourse, there’s still no way to have deep discussions. 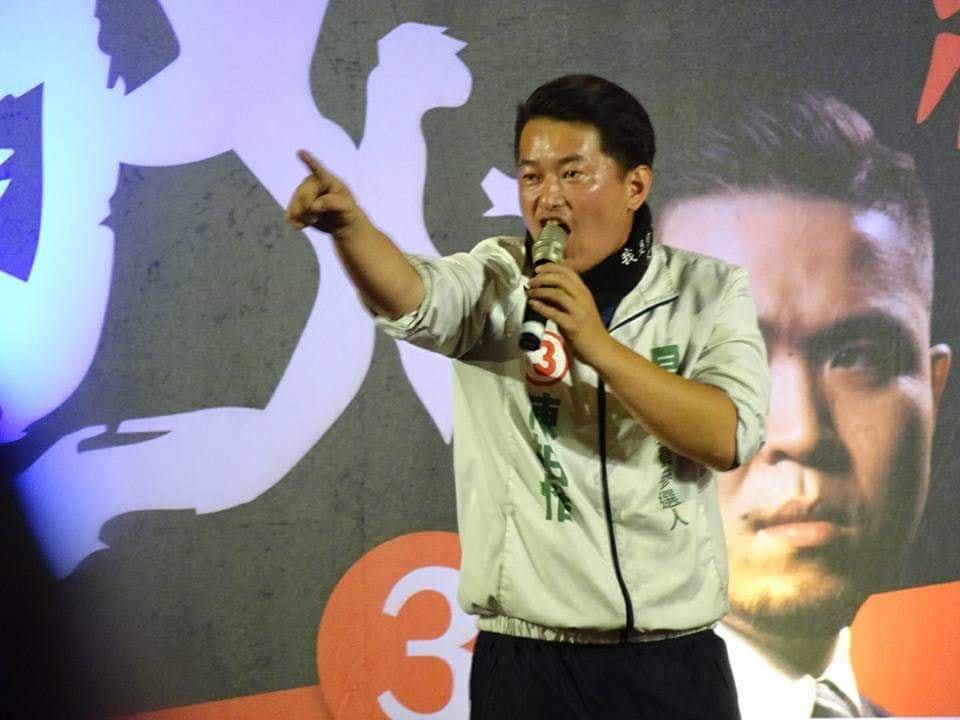 So regarding the development of our democracy, we have to work harder. We can’t just depend on time or on politicians for this, this is everyone’s responsibility. Life and politics, politics and life; it’s through discussion, through sharing, and dialogue that we can allow democracy to be realized for everybody. This is something that the Taiwanese people need to work on.