Ko Remains Ambiguous on Presidential Run, Lashes out at Tsai

IT IS NOTEWORTHY that Taipei mayor Ko Wen-je has made a number of statements attacking president Tsai Ing-wen in past months and weeks. Ko has accused the Tsai administration of being dangerously provocative of China, claimed that the Tsai administration is undemocratic, as well as that it has unfairly marginalized political independents such as himself. 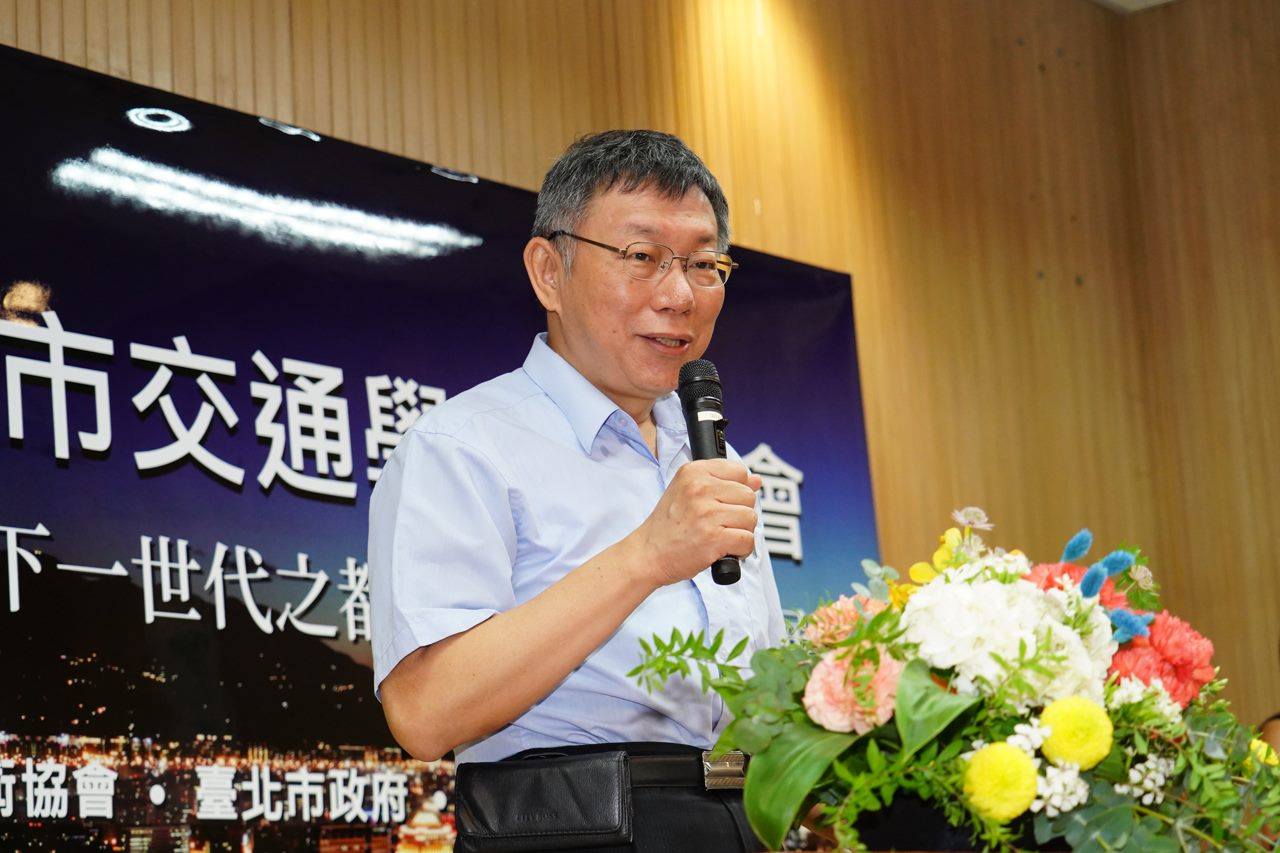 But despite that Ko sometimes performs as well as or sometimes even better in polling compared Tsai or Han, it is quite unlikely that Ko can win the presidency in the absence of any political party backing him. Ko lacks a nationwide political network to mobilize support and, as an independent, lacks the financial resources for a presidential run on the scale of a KMT or DPP candidate.

However, it is wholly possible that Ko himself does not realize this and believes that he has a good shot at the presidency if he decides to run, perhaps believing that the necessary political network or financial resources will materialize if he simply throws his hat into the ring.

As such, Ko could potentially divide the vote, particularly among demographics he has proven popular with, such as young people, independent, or swing voters. Some fear that this could lead to a victory for the KMT because it is generally assumed that Ko would be more divisive among the pan-Green camp. This has led to the view 2020 could see a scenario for the DPP similar to Chen Shui-bian’s 2000 victory because of a split vote in the pan-Blue camp between supporters of Lien Chan and James Soong, except that this would result in a win for the pan-Blue camp and a loss for the pan-Green camp.

It is possible that in threatening to run, Ko is attempting to secure political benefits from the pan-Green or pan-Blue political camps. Ko could potentially be angling for future political support from either or both camps in return for not running or hoping to be the running mate of a presidential candidate, if he does not run himself.

In particular, it has long been speculated that Ko could potentially align with a number of pan-Blue politicians for a joint ticket, this idea usually raised in the media as a potential joint ticket with James Soong and more recently the idea of a joint ticket between Ko and Terry Gou, the latter of which has thus far also remained mum as to whether he intends to run as a political independent following his loss in the KMT’s presidential primaries. 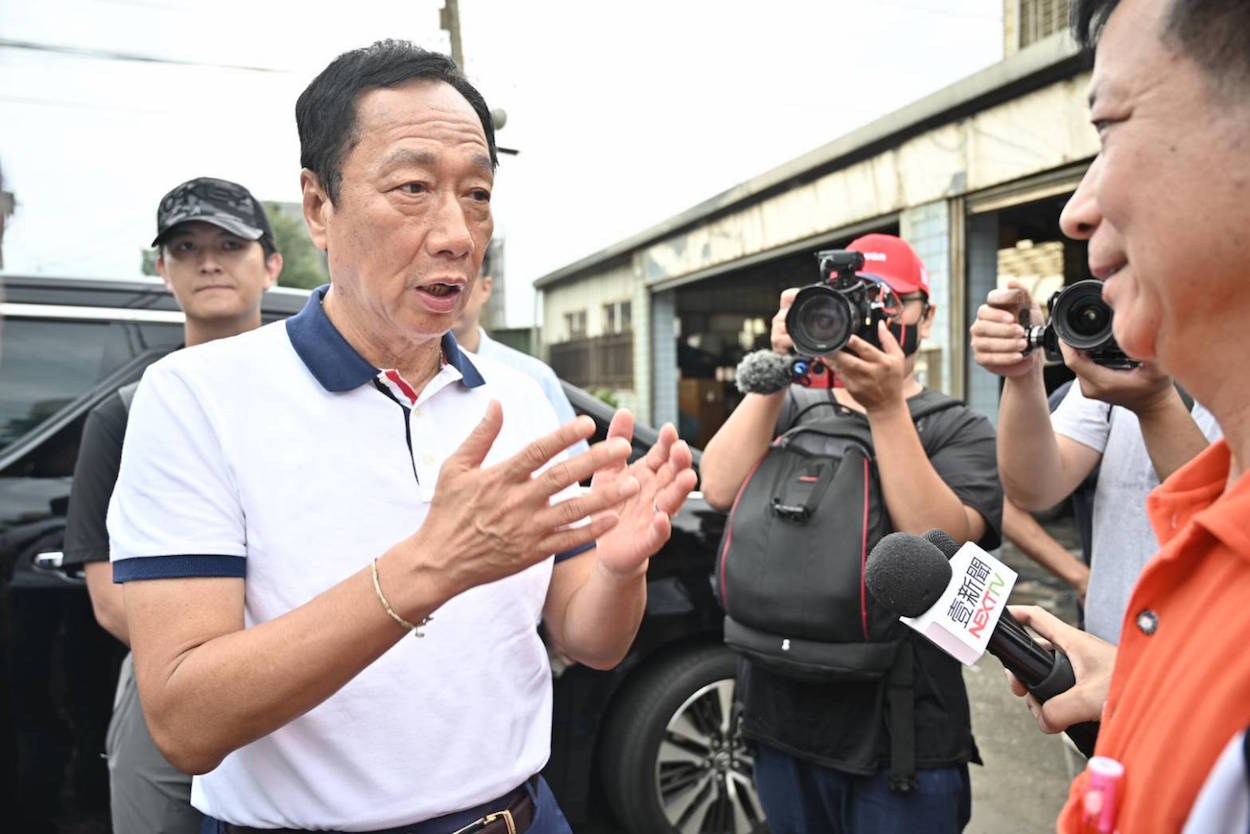 Ironically, Ko’s chances at the presidency would have likely been stronger if he had clearly made it known earlier that he has presidential ambitions, instead of waiting too long and allowing himself to be overtaken by other political candidates with similar, vaguely populist political styles such as Han and Gou.

Indeed, some perceive Ko as having become politically marginalized in past months. This may be what has led Ko to turn to toward attacking Tsai for what he claims are her failures on cross-strait policy.

Despite the fact that most observers would agree that Tsai has generally pursued a moderate course of action in not pushing for de jure independence while at the same time rejecting the 1992 Consensus, Ko claimed in May that Tsai’s actions were “provocative” of China and stated that Taiwan should “remain silent” regarding Xi Jinping’s efforts to achieve the political annexation of Taiwan through the formula of “One Country, Two Systems”, effectively suggesting that Taiwan should do nothing to defend its sovereignty.

In response to recent violence against demonstrators by police and triads in Hong Kong, Ko stated that it would be hard to imagine similar events occurring in Taiwan. Yet this has led to criticisms of Ko for hypocrisy.

While visiting Shanghai earlier this month as part of the city-based exchanges with Chinese cities that he has pushed for throughout the course of his mayorship, Ko once again made comments stating that there was “One family” across both sides of the Taiwan Straits, having done so many times in the past while conducting cross-strait exchanges with Shanghai, also having made such comments while on a Taiwanese talk show in May. In fact, given the increased attention on anti-extradition protests in Hong Kong in Taiwan, this actually led KMT politicians to attempt to rapidly disavow that they had ever advocated for the institution of “One Country, Two Systems” in Taiwan, even if it is expected that they will go back to stumping for closer relations with China once Hong Kong is no longer an issue in focus in Taiwan. But, for the most part, Ko struck entirely the opposite note with his comments and actions. 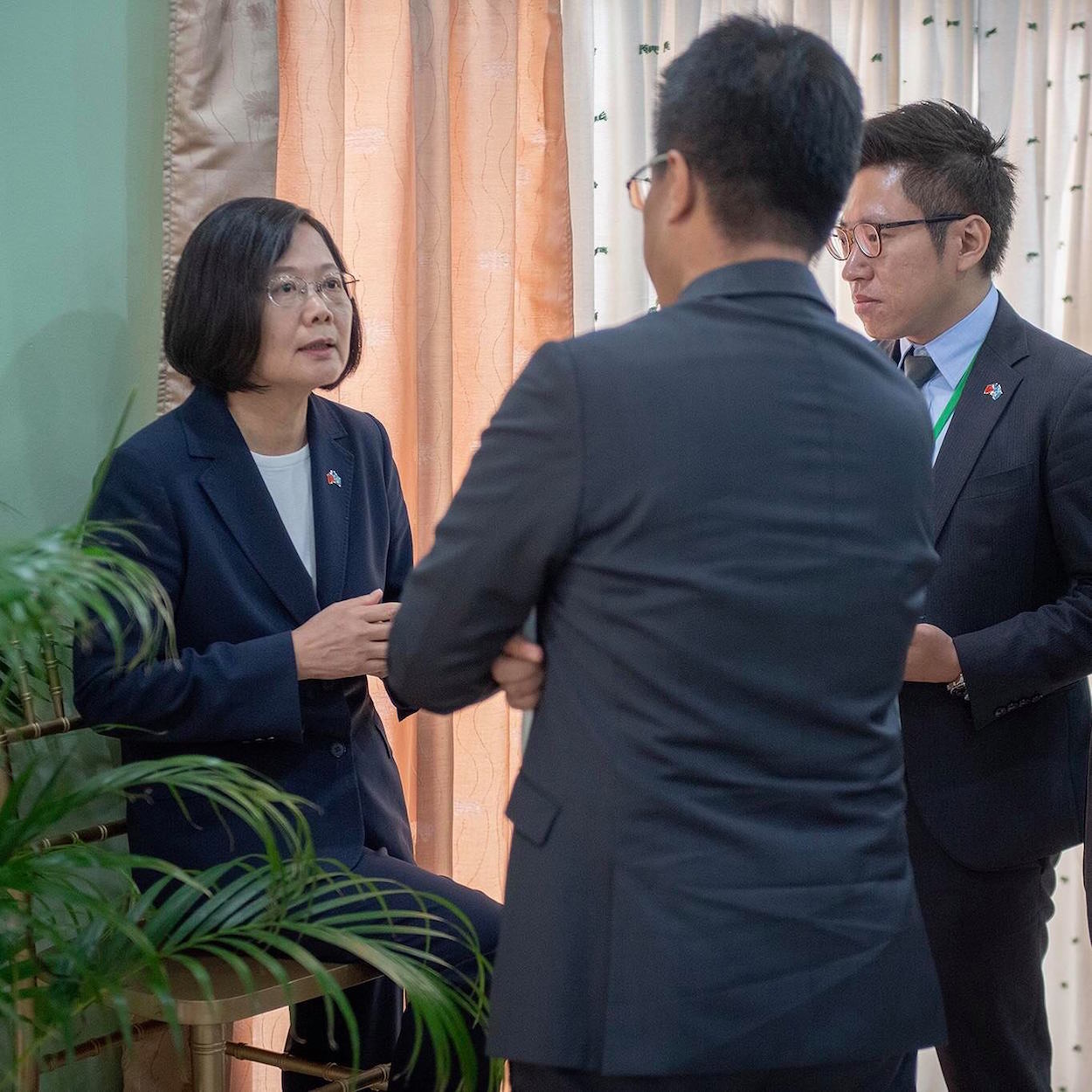 Ko has continued to attack Tsai, stating that he believed that Tsai has not performed well on the job, criticizing the DPP’s hiring of Sunflower Movement student leader Lin Fei-fan, and claiming that the DPP hired American author Ethan Gutmann to engage in a deliberate smear campaign against him regarding charges that Ko was implicated in organ trafficking of Falun Gong members made by Gutmann in a book on Chinese organ harvesting. Ko stated that he felt used by the DPP because he believes the party likely would have run its own candidate in 2014 if it believed it could have won.

Ko’s accusation that the DPP hired Guttman is highly unlikely, seeing as such allegations first emerged in 2014, when the DPP endorsed Ko as Taipei mayoral candidate. Ko likely begrudges Lin because of an op-ed that Lin published in The Diplomat in 2018 criticizing Ko for his pro-China realignment in past years.

Ko notably shifted in his political orientation in order to appeal to pan-Blue voters before 2018 nine-in-one elections, inclusive of his efforts to conduct political exchanges with Chinese cities, when Ko had previously focused on appealing to young people with a pro-Taiwan political orientation. This shift can also be observed in comments by Ko praising Chiang Ching-kuo and making public appearances alongside pan-Blue political figures such as “White Wolf” Chang An-lo, a former killer of political dissidents for the KMT during authoritarian times, despite that Ko had previously depicted himself as a descendent of White Terror victims.

One wonders if Ko may, in fact, still be banking on the model of city-based cross-strait exchanges, to seem like a more appealing cross-strait formula than the Tsai administration’s cross-straits current balancing act, as a way to try to garner support from the Taiwanese public. The possibility, too, is increasingly raised that Ko making actually be seeking to gain Chinese political support in a manner similar to Kaohsiung mayor Han Kuo-yu, perhaps in the hopes that he could benefit from Chinese efforts at election manipulation. 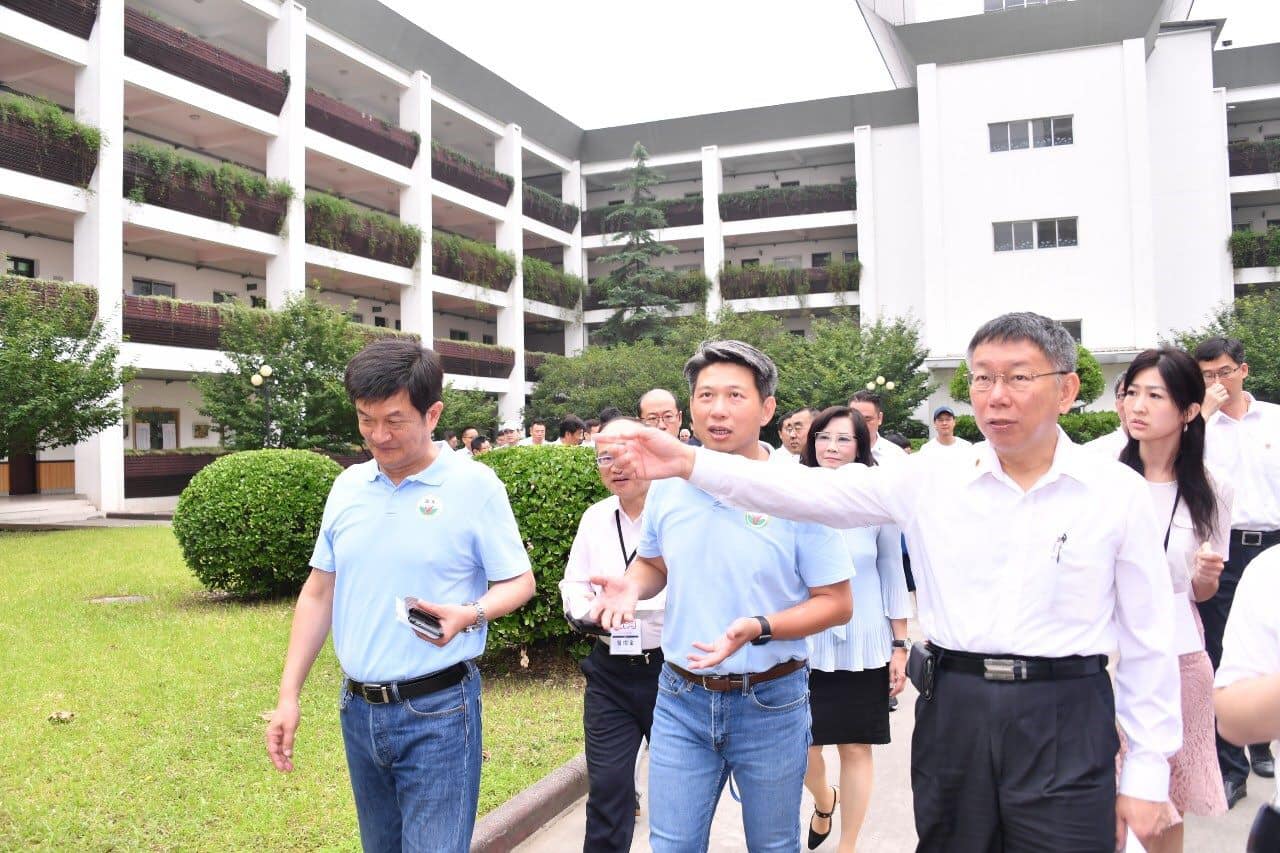 Given Ko’s actions, it is to be questioned whether Ko’s original youth supporters feel increasingly alienated from him. At least during nine-in-one elections last year, Ko enjoyed more support from young people compared to DPP Taipei mayoral candidate Pasuya Yao and KMT Taipei mayoral candidate Ting Shou-chung. Ko supporters are often accused of shrugging off criticisms of him in a manner similar to how Han Kuo-yu supporters shrug off criticisms of Han, perhaps reflective of the populist political stylings of both politicians and their populist support bases—who may simply refuse to accept any bad press about their preferred candidate.

In the meantime, it is to be seen whether Ko will, in fact, decide to throw his hat into what is already a very crowded presidential race. Ko still remains a wild card in the lead-up to 2020 presidential elections.