HUNDREDS OF migrant workers took to the streets of Taipei today, calling for an end to the current labor broker system and its replacement by government-to-government hiring practices. Migrant workers from Indonesia, the Philippines, Thailand, and Vietnam were in attendance. 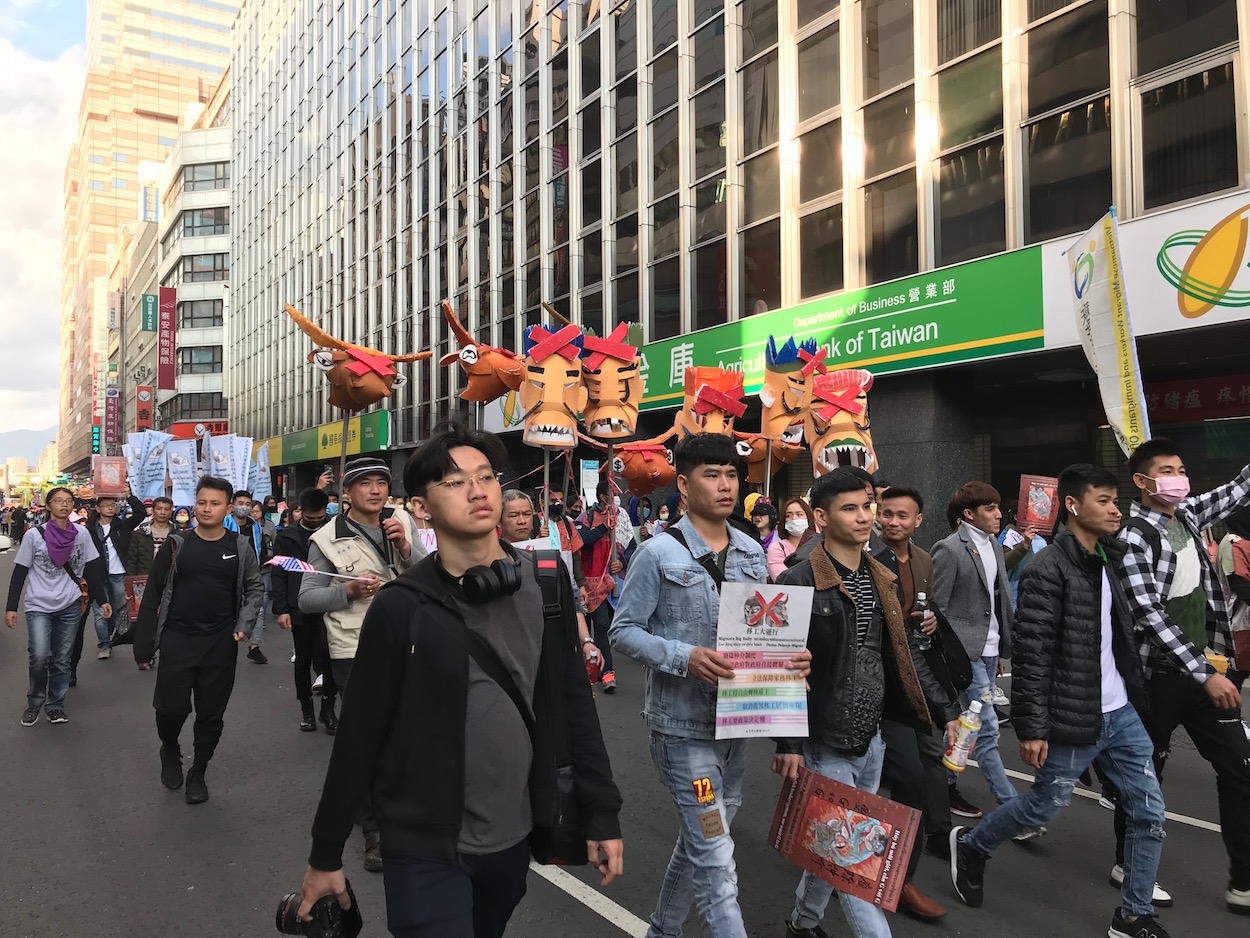 As such, migrant workers and migrant worker advocacy groups have long called for the abolition of the broker system and the institution of direct hiring practices, which are to be instituted on a government-to-government basis. The Tsai administration, however, has continued to insist that there is a need for brokers, claiming that this is a necessary market mechanism.

Migrant workers began their demonstration today at the KMT central party headquarters, then marched to the DPP party headquarters, and finally marched to the Ministry of Labor, where a rally was held. This route was chosen as a way to show that migrant workers were protesting both the KMT and DPP alike, particularly seeing as 2020 presidential and legislative elections will take place next month. The Tsai administration was a particular target of criticisms, with organizers reflecting on that the Tsai administration has publicly touted the need to build stronger ties between Taiwan and Southeast Asia through the New Southbound Policy but has not taken substantive action to benefit the increasing migrant worker population in Taiwan, instead primarily orienting efforts toward white-collar workers from these countries.

Migrant workers participating in the demonstration carried a large puppet with a number of hands to reference the greed of labor brokers. Workers also carried papier-mache water oxen heads, with signs during the protest likening the mistreatment of migrant workers to the mistreatment of pack animals as water oxen, and large heads with an “X” on them, which seemed intended to symbolize brokers. 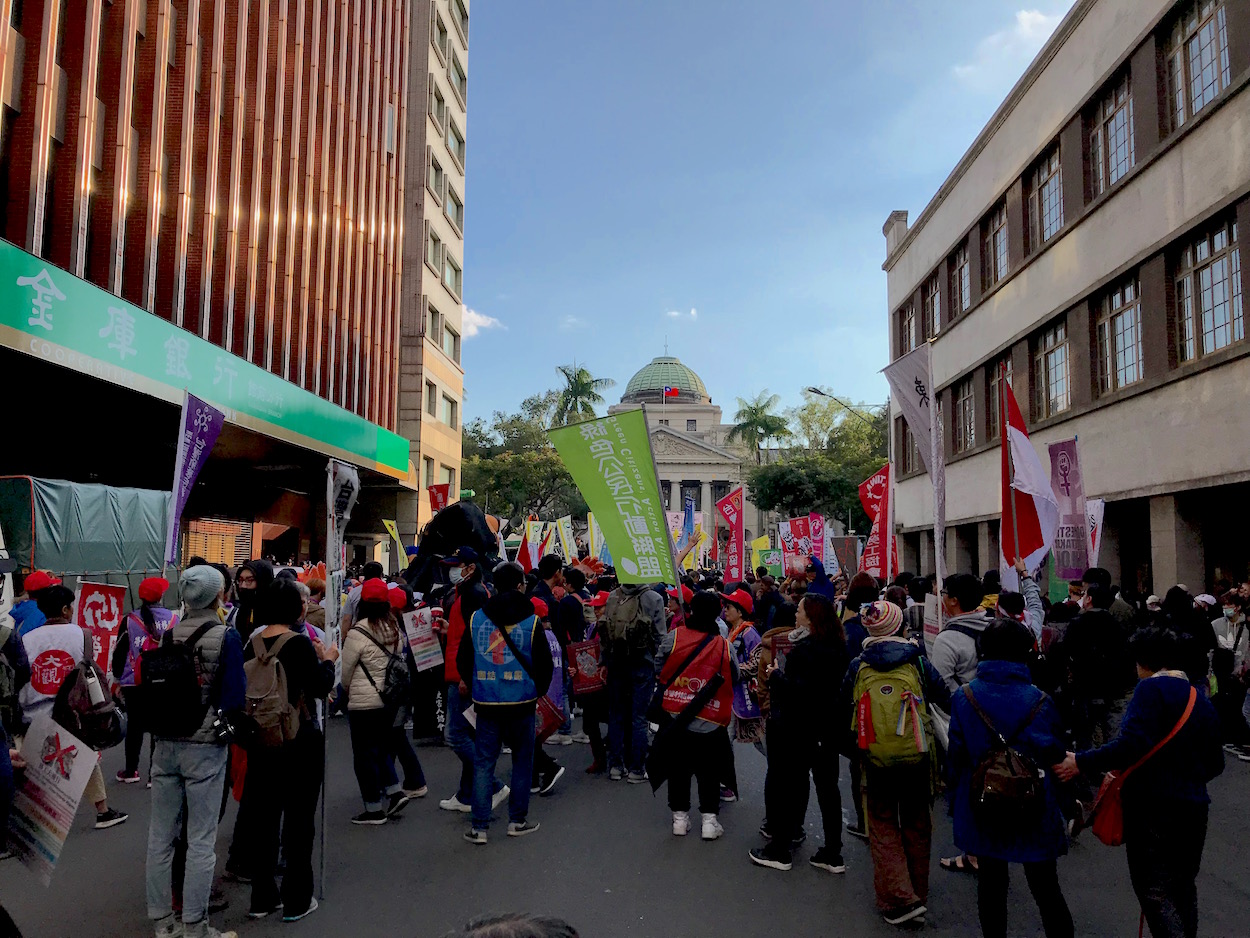