MIGRANT WORKERS rallied last Sunday outside representative offices in Taipei, calling for an abolition to the current broker system and the institution of direct hiring practices.

While migrant worker groups have been calling for an abolition of the broker system for years, the demonstration Sunday was notable as a coordinated action between migrant workers from Indonesia, the Philippines, and Vietnam. Migrant workers staged separate protests outside the Indonesia Economic and Trade Office, the Manila Cultural and Economic Office, and the Vietnam Economic and Cultural Office, all of which are located in Taipei. 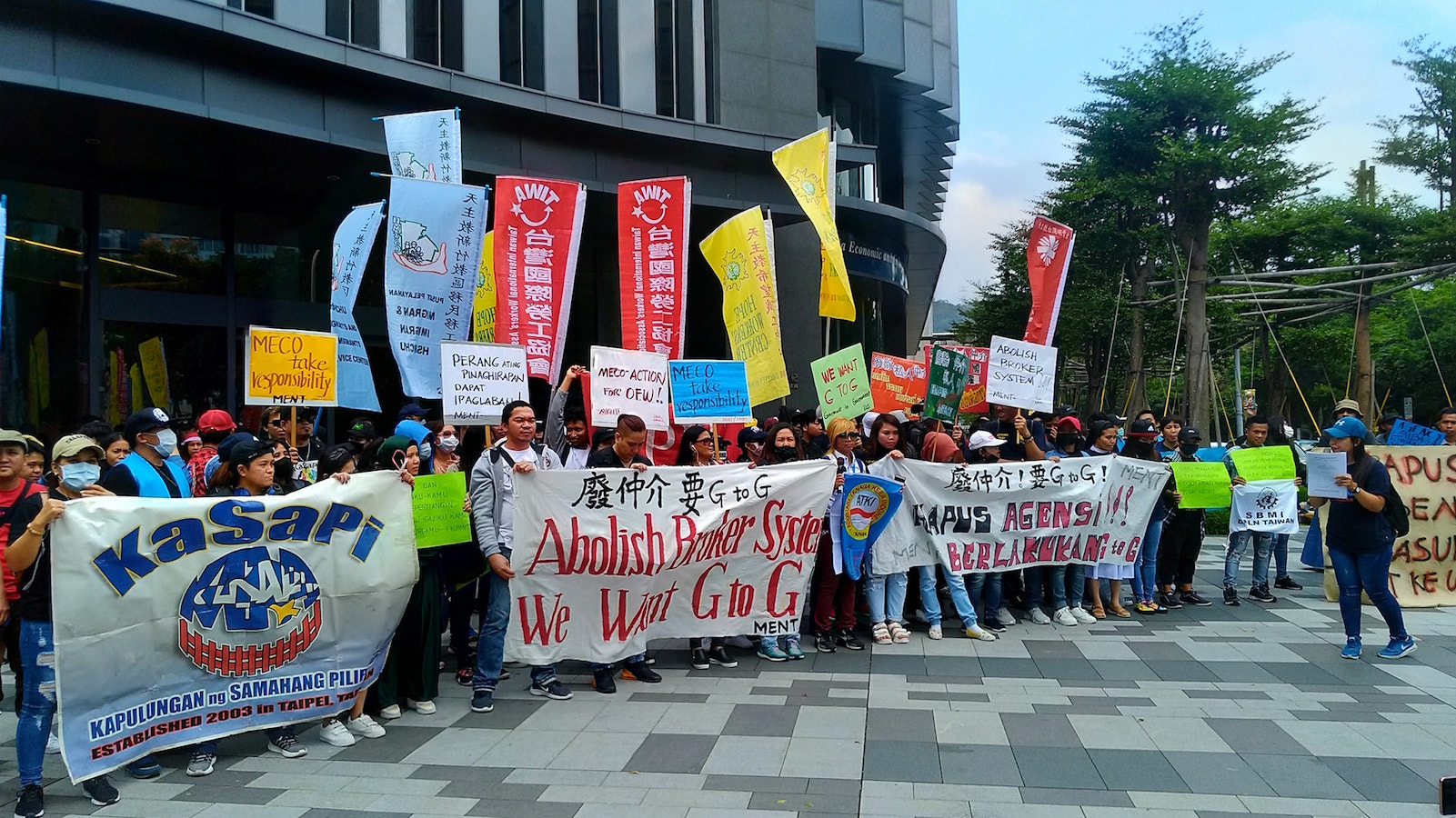 Migrant workers unable to pay such fees are usually referred to loan agencies by broker agencies. Late payments can result in penalties based on a promissory note, with loan agencies sometimes not having to explain how penalties were calculated. Broker agencies sometimes also charge migrant workers for board and lodging, forcing migrants to pay them for something that is actually provided by their employer.

Migrant workers already work long hours for low pay, regardless of whether they work as caregivers, domestic workers, factory workers, or as inshore or offshore fishermen, these being the four major categories of migrant workers in Taiwan.

Migrant workers are not subject to the provisions of the Labor Standards Act, meaning that migrant workers are sometimes paid less than minimum wage—sometimes less than 18,000 NT a month. Migrant workers are usually given very few days off, if any at all, regardless of whether they work in Taiwanese households, in factories, or on fishing vessels, and they are often expected to work around the clock.

As such, having to pay expensive work placement fees or to pay back loans taken out in order to pay work placements simply proves another way of forcing migrant workers into conditions resembling indentured servitude more than anything else.

Past demonstrations by migrant worker groups have involved protests outside the Taiwanese Ministry of Labor, alongside Taiwanese workers on International Worker’s Day, and outside representative offices in Taipei. In these past demonstrations, migrant worker groups of differing nationalities have worked together to collaborate on joint actions, along with their Taiwanese counterparts. However, it is an unusual protest to see coordinated protests taking place outside of three representative offices in Taiwan, whether regarding migrant issues or other issues. 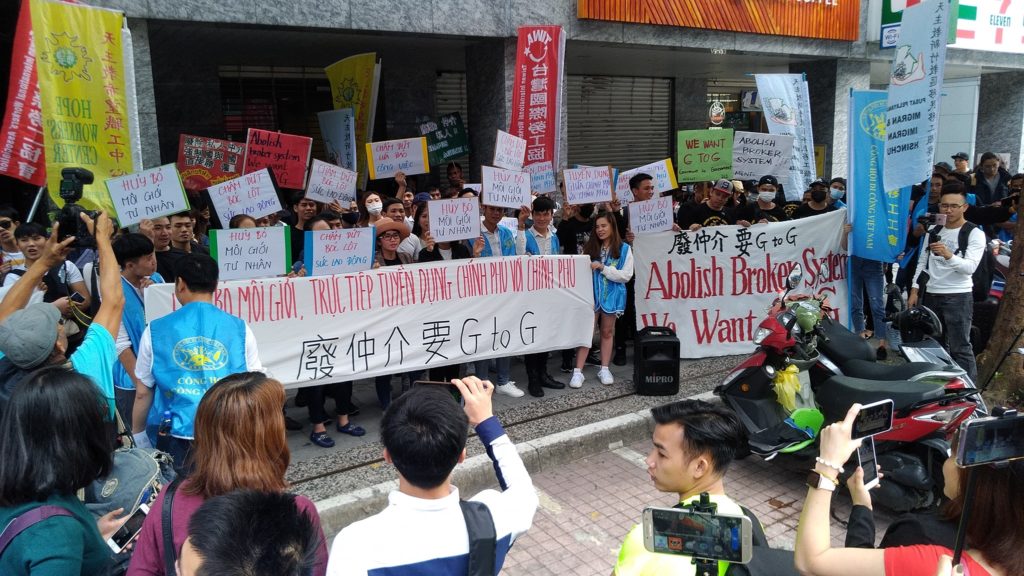 Migrant workers’ groups have in past years called for direct government-to-government hiring, which is referred to in shorthand as a “G-to-G” system to replace the current broker system. At the same time, the Taiwanese government has been reluctant to abolish the broker system. In past years, the Tsai administration has claimed that the broker system exists because of a market need for such a mechanism. In reality, broker agencies are only allowed to continue to exist because of the close ties that broker agencies enjoy with the state—despite flagrant violations of the law. The Taiwanese government also claims that the current broker system is simply more convenient for employers, who prefer to go through such a system, despite that it could easily set up its own mechanisms to addressing the issue.

Indeed, efforts by migrant worker groups and migrant worker advocacy groups to push with reform have encountered obstacles. Apart from the fact that government-organized forums on the issue of broker agencies have proved more performative than anything else, a draft bill that sought to extend the amount of time that foreign caregivers are allowed to work in Taiwan did not clear the Social Welfare and Environmental Hygiene Committee of the Legislative Yuan after disagreements between DPP and KMT lawmakers. One generally expects that it will continue to be an uphill struggle to push for the abolition of the broker system in Taiwan.