PROTESTS IN Hong Kong continued over the weekend and in the past week, putting an end what some saw as a period of relative calm following District Council elections on November 24th.

The results of District Council elections were an overwhelming victory for pro-democratic politicians, leaving pro-democratic politicians in control of 17 out of Hong Kong’s 18 districts, and winning 388 seats to the pro-Beijing camp’s 62 seats. Namely, some had questioned whether the Hong Kong public would eventually stop supporting protests against the government due to tiring of escalating violence, and the pro-Beijing camp continually insisted that it had the support of a “Silent Majority.” 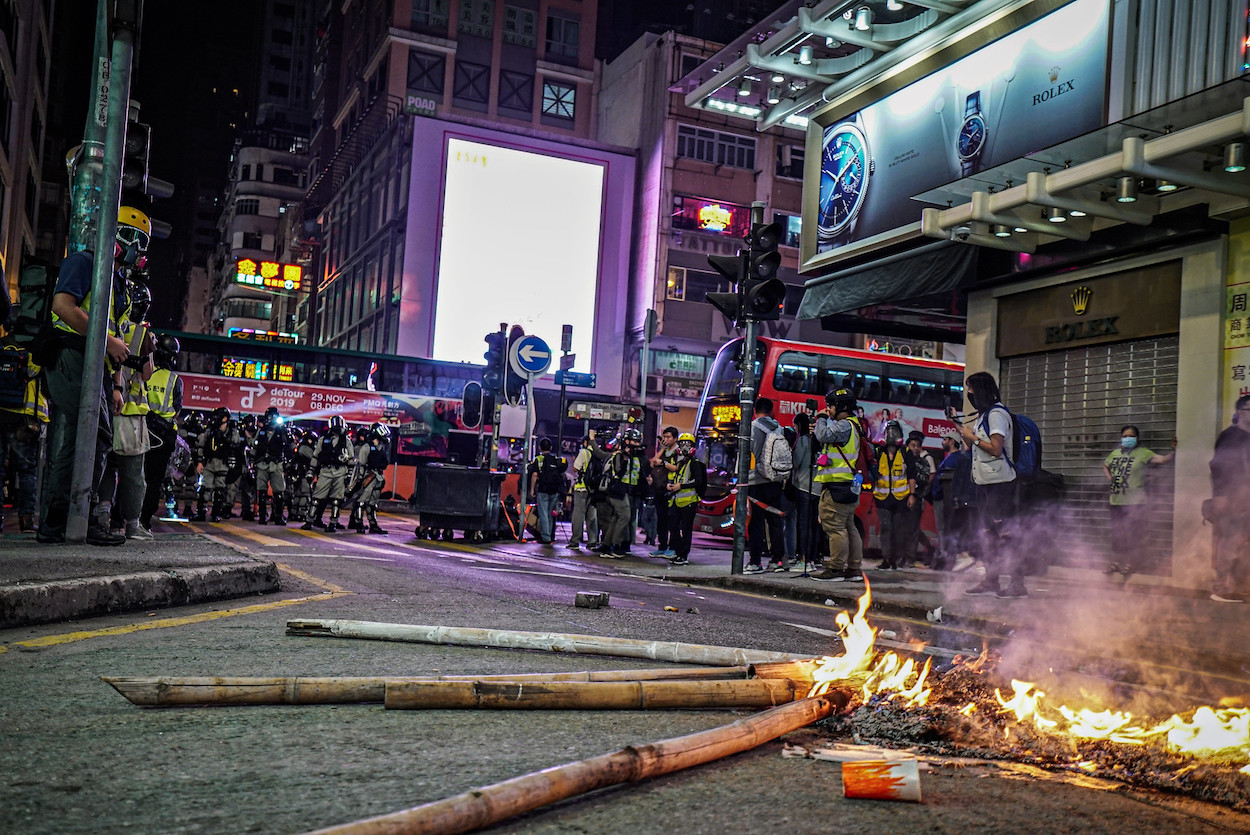 District Councilor is a local-level political position and one which is relatively limited in power. However, the District Council elections proved a referendum on the protests and illustrated that the majority of the Hong Kong public do continue to support protesters. More than 2.9 million cast their votes on November 24th.

Lunch protests took place the subsequent week in areas of Hong Kong including Central, Cheung Sha Wan, Lai Chi Kok, Ngau Tau Kok, Kowloon Bay, and Kwun Tong, with police using tear gas and pepper spray among demonstrators protesting during their lunchtime. Protests took place calling on the British Consulate to rehire former British Consulate worker Simon Cheng, who was previously kidnapped by the Chinese government while returning to Hong Kong from Shenzhen, and also on Thursday night in celebration of the signing into law of the Hong Kong Human Rights and Democracy Act (HKHRDA) by American president Donald Trump.

Saturday, November 30th saw demonstrations in Tsim Sha Tsui, Central, and Chater Garden, the latter of which focused on secondary school students and elderly. At night, clashes with riot police took place in Mong Kok, resuming a familiar pattern with the protests to date.

A large-scale rally subsequently took place on Sunday, December 1st, with organizers claiming 380,000 were attendance. The rally called on participants to “Never forget what you started” in reference to continuing protests after the results of District Council elections. Police assaults on demonstrators again took place as the day went on. Protests continued the day after, on December 2nd, with ad industry workers organizing a demonstration, a sign of the influence of the Hong Kong protests in organizing various sectors of workers in Hong Kong society.

As the results of District Council elections in late November confirmed the support of the majority for Hongkongers for the ongoing protests, the ball is largely in Beijing’s court how to react next. The Hong Kong government has, for its part, continued to deny suspicions that Hong Kong protesters are being directly transported to China on trains after Simon Cheng went public claiming that he saw Hongkongers detained in China. One also notes award-winning Indonesian reporter and domestic worker Yuli Riswati was deported on December 2nd after being imprisoned by police for 28 days, a move which was also likely intended as a threat. 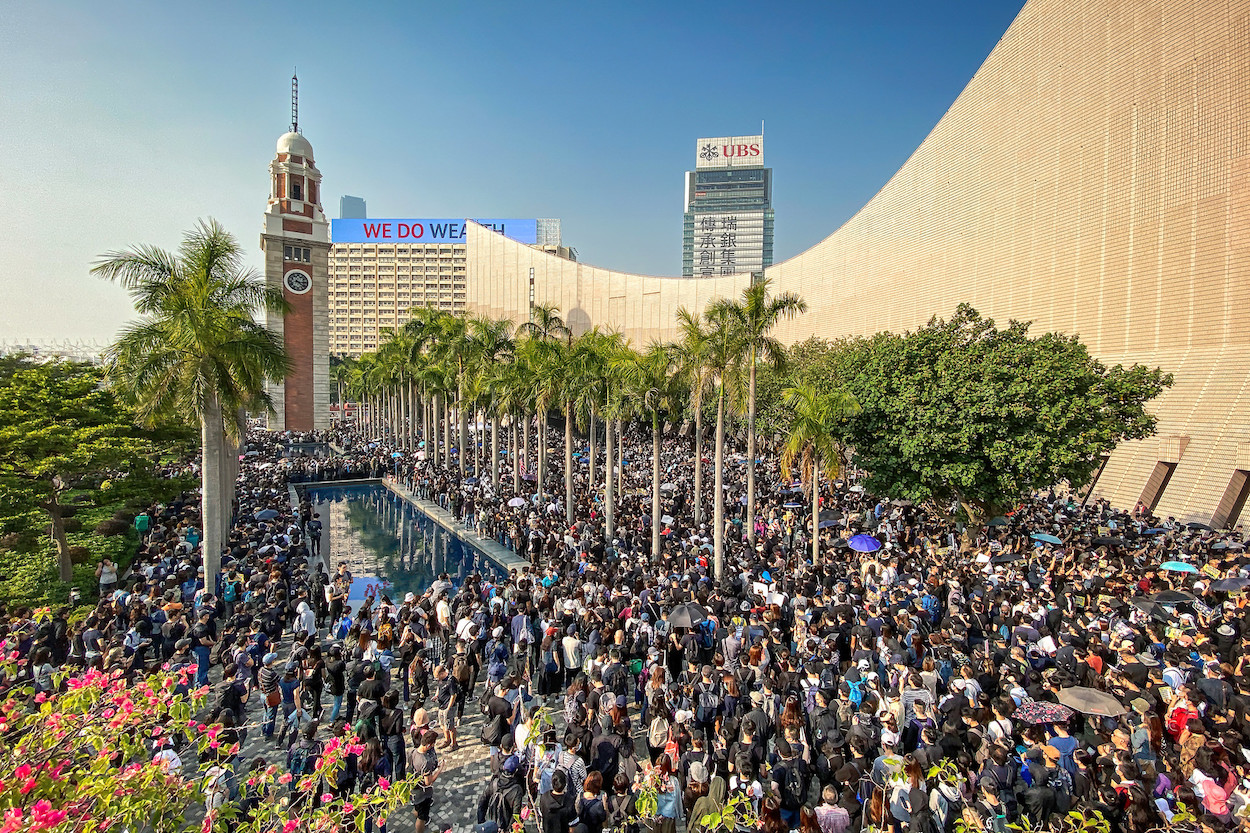 Despite vitriolic rhetoric, China taken relatively restrained measures in response to the passage of the HKHRDA, acting to ban visits by US military ships and aircraft to Hong Kong when it had previously denied such visits on a case-by-case basis, and passing sanctions on American NGOs such as the National Endowment for Democracy, Human Rights Watch, and Freedom House. These are measures that will not have a significant impact on the American public. It is very probable that the Chinese government does not hope to jeopardize trade talks with the American government by taking strong action against the HKHRDA. As a result, continued wariness regarding if Hong Kong will come up as a bargaining chip in these talks proves highly necessary at this juncture.

In the meantime, protests are expected to continue in Hong Kong. Elections have not proved as marking any end to protests, but actually prove another sign that demonstrations are set to continue in the immediate future.