What is the Significance of Tsai and Han’s Vice Presidential Choices?

ON NOVEMBER 17TH, Taiwanese president Tsai Ing-wen announced that former premier William Lai will be her vice presidential nominee for 2020 presidential elections. This put an end to months of speculation about who would be Tsai’s running mate.

Speculation was centered around that Tsai’s pick for vice president would be former premier William Lai, popularly seen as a possible future president given his popularity as mayor of Tainan. No other candidates for Tsai’s running mate apart from current premier Su Tseng-chang were particularly visible, though there was also speculation as to whether Tsai would decide to pick a relatively unknown figure. 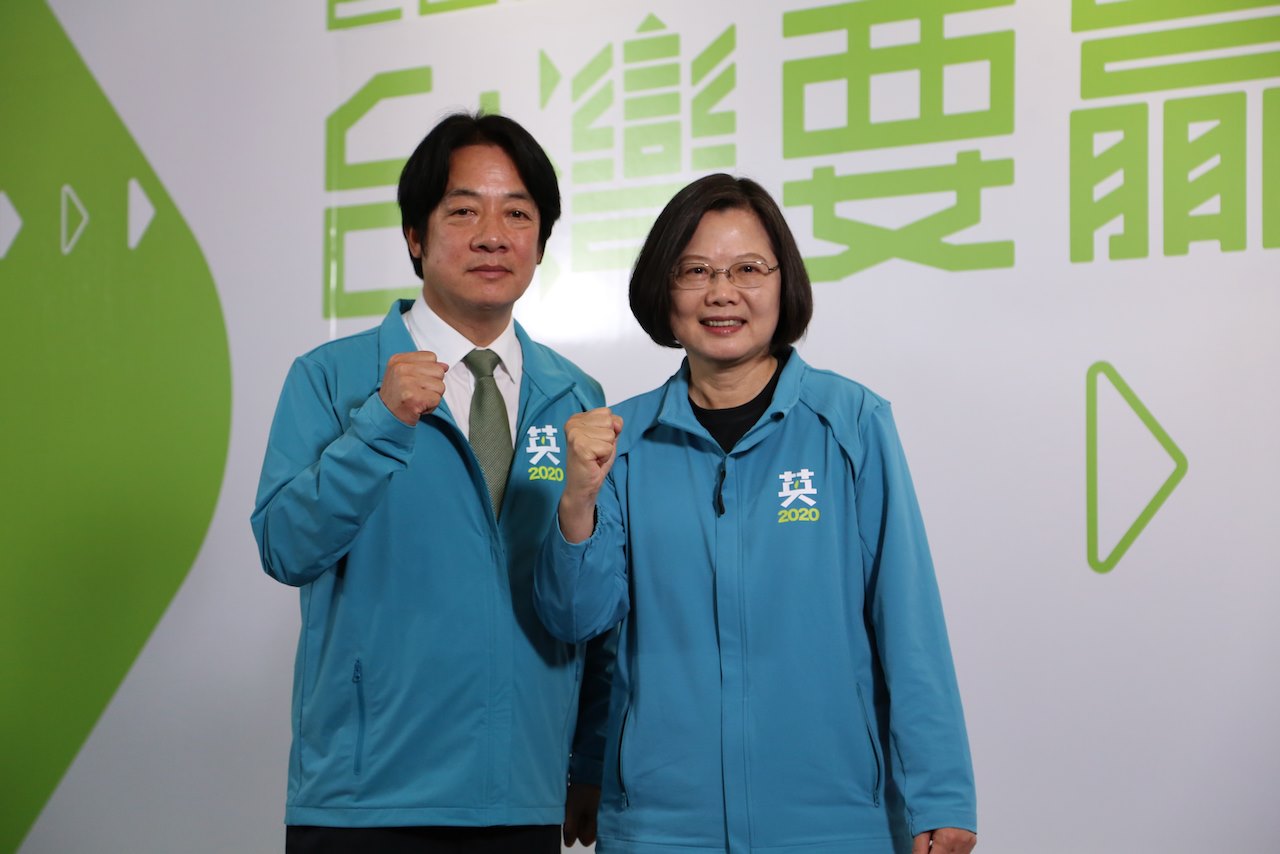 Lai resigned from his position as Tainan mayor to take up a post as Tsai’s premier in September 2017, which was seen as a move aimed at advancing his political career in line with future political ambitions. But Lai resigned as premier after the DPP’s losses in nine-in-one elections in November 2018, which he framed as a way of taking responsibility for these losses. Tsai, similarly, stepped down as chair of the DPP, but she urged Lai to stay on as her premier. Lai refused to do so.

Current vice president Chen Chien-jen announced eleven days later, on March 29th, 2019, that he would not serve as Tsai’s vice president for a second term. This was in all probability intended to open the path for Lai to drop his bid for the DPP’s presidential nomination, to make amends with Tsai, and to take up a position as her vice president.

However, Lai refused to comply, instead aligning himself with the elderly, socially conservative pan-Green traditionalists of the Formosa Alliance unhappy with Tsai for her socially progressive politics and for her lack of more proactive Taiwanese independence advocacy, entrenching himself in a political conflict with Tsai. Lai and his supporters leveled accusations at Tsai that she had taken steps to rig the DPP’s polling procedures to determine its choice of presidential candidate in her favor by calling for the inclusion of cell phone polling, this despite that it is now standard for cell phones to be included in telephone polling alongside landlines, seeing as many young people do not own landlines.

Even after losing to Tsai by 8% in the DPP’s presidential primaries in June, Lai largely remained ambiguous as to whether he would be willing to align with Tsai until he visited the United States to campaign for Tsai and the DPP in October. Namely, the pan-Green traditionalist political forces that he had aligned himself with have continued to attack Tsai on issues ranging from Taiwanese independence, Tsai’s support of gay marriage, and the claim that Tsai did not actually complete her Ph. D dissertation. Lai seems to continue to have the support of pan-Green traditionalists and they would likely still support Lai in future presidential endeavors, hence Lai appeared to be hesitant to alienate them by aligning with Tsai. 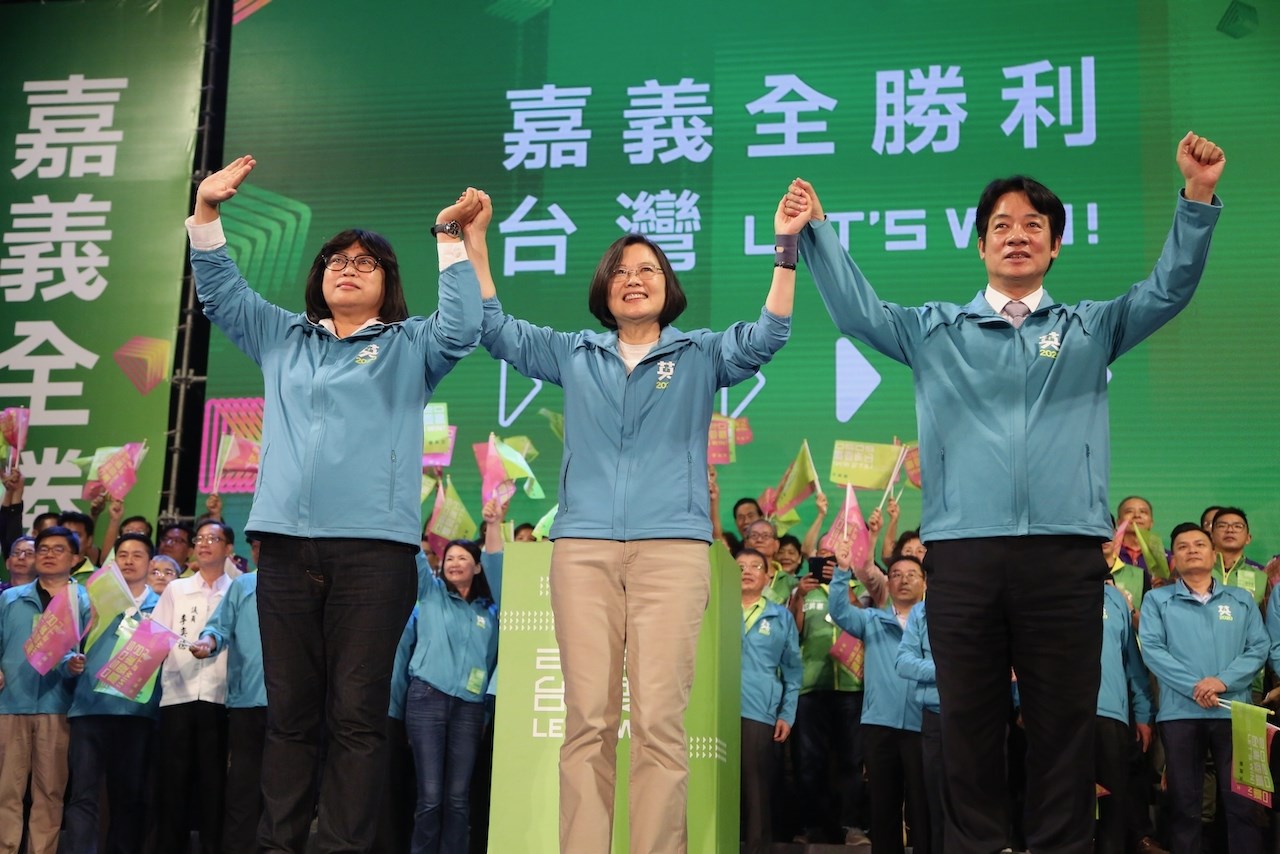 Indeed, one of the reasons as to why Lai challenged Tsai, to begin with, was likely fear that other “middle-generation” DPP politicians would prove strong contenders for the DPP’s presidential nomination in 2020, particularly Taoyuan mayor Cheng Wen-tsan. However, in challenging Tsai and losing, not only does Lai no longer hold any political position currently, but Lai has accrued a reputation for disloyalty. Serving as Tsai’s vice president is likely the best path for Lai to keep his name in the news for the next four years if he still aims to seek the presidency in the future.

That being said, Lai’s untrue claims about the DPP’s polling process in alleging that the procedure was rigged to benefit Tsai were what allowed for the deepening of political splits within the pan-Green camp. Lai’s claims regarding the DPP’s polling process were a contributing factor in shifting the internal political discourse of the pan-Green camp into the domain of entirely post-truth allegations against Tsai. If splits within the pan-Green camp are ultimately sufficiently dividing of the pan-Green vote in a way that this allows for gains by the KMT, as observed in the recent failed effort of the Formosa Alliance to run Annette Lu as a presidential candidate and continued attacks on Tsai by the Taiwan Independence Action Party, the blame can squarely be placed upon William Lai’s shoulders.

TO THIS EXTENT, KMT presidential candidate Han Kuo-yu announced earlier this month that his vice-presidential candidate will be Simon Chang. Chang served as premier under the Ma administration for a brief period from February 2016 to May 2016 in the tail end of the Ma administration, had previously served as vice-premier from December 2014 to February 2016, and before that as the first minister of the then-recently formed Ministry of Science and Technology. Apart from his political experience, Chang previously taught as a professor at in the Department of Civil Engineering at National Taiwan University, and also held positions in tech companies as Acer and Google.

Chang is probably a choice aimed at reassuring voters that a potential Han presidency will be able to formulate coherent policy platforms, given Han’s reputation for political gaffes, vague statements, and inability to come up with policy positions—or even recall basic facts. Chang previously took up a position under Han in July as the head of his strategic advisory group. This group, consisting primarily of around one hundred Ma administration bureaucrats, was formed as a means of reassuring the public that sound and experienced minds would be formulating policy under the Han administration.

In this, Chang is aided by his highly educated background and extensive corporate experience. While the Han campaign has leveraged on appeals to the common man, attempting to depict Han as an everyman who is not a highly educated political elite, the choice of Chang is actually still aimed at reassuring the public that, at the end of the day, experts will still be the ones making policy. But to this extent, the choice of Chang as the Han campaign’s vice-presidential candidate given his clear background as an academic and corporate elite undercuts claims by the Han campaign that their candidate is an average common person, in line with recent scandals faced by Han about his extensive property holdings. 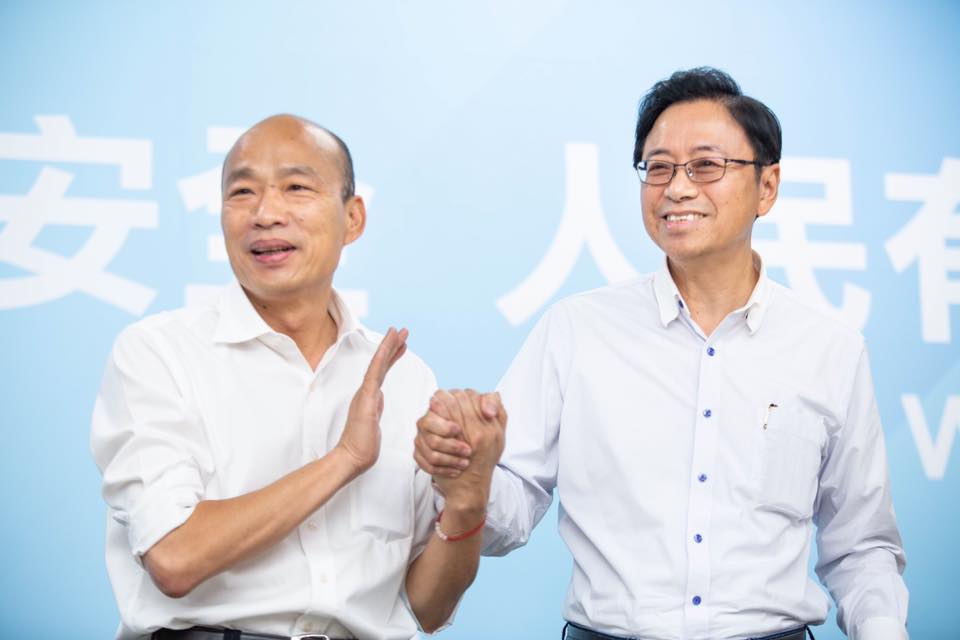 Chang has made some unorthodox statements to date, such as lashing out at the KMT party list and suggesting that voters instead turn toward voting for Ko Wen-je’s Taiwan People’s Party. Chang also lashed out at Premier Su Tseng-chang, stating that Su would end up hospitalized if he continued to attack the KMT.

However, Chang is not likely to change voter’s general assessments of Han, nor is—as some would have it—about to replace Han as the KMT’s presidential candidate. Given that Han is already lagging behind Tsai in polling by some twenty points, replacing Han with another candidate would likely just cause the KMT’s approval ratings to drop further unless that candidate is already a national-level figure—and even if the last-minute switch in candidate proves legally valid, this could still ultimately have a detrimental effect on the KMT. Even if Chang were to replace Han as the KMT’s presidential candidate, one cannot imagine Chang surpassing Tsai—who has an incumbent advantage—in popularity as a colorless bureaucrat completely obscure to most of the public with less than fifty days left before elections.

With Han’s approval ratings lagging behind Tsai, Chang hardly even inspires the devoted following of Han Kuo-yu, and so the notion of Chang replacing Han and then becoming a genuine threat to Tsai proves a bizarre one.

Either way, the battle lines for 2020 elections are increasingly clear through Tsai and Han’s vice-presidential choices.