The Tsai administration has dismissed such assertions from China, instead reiterating its view that a country’s exclusive economic zone only extends twelve nautical miles off of its geographic territory, and that the Taiwan Straits are international waters. 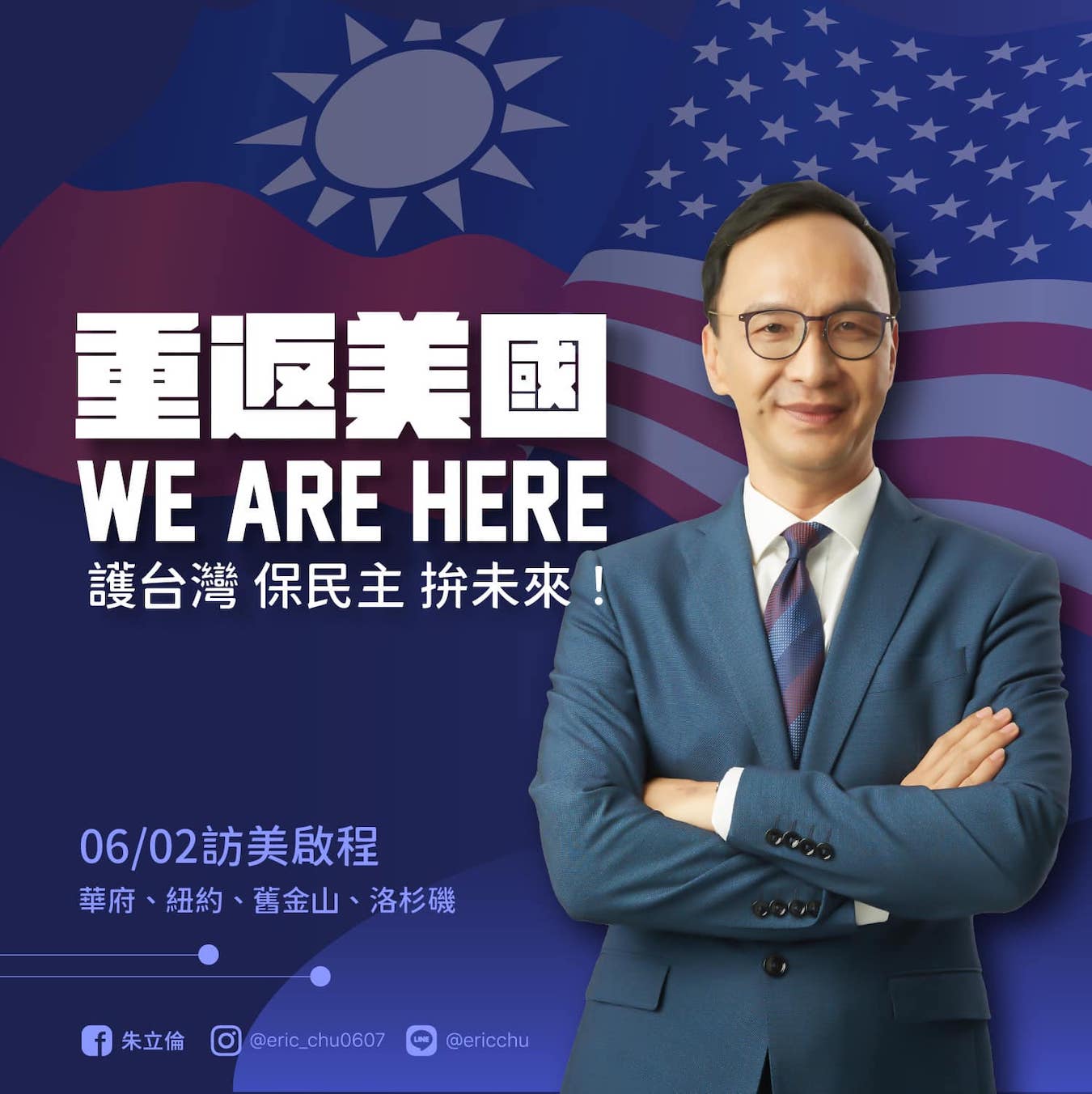 What proves interesting, however, is to what extent there has been mixed messaging from the KMT on the issue.

The KMT has touted a repivot to the US under chair Eric Chu as of late, with the KMT reopening its DC office, and Chu visiting Washington DC and other cities to meet with US government officials and overseas Taiwanese groups. The KMT claims that it hopes to show with this trip that it is, in fact, a pro-US party and that unlike how the DPP has framed it, it is not a pro-China party.

Nevertheless, the KMT has struggled to turn around its pro-China image in past years, something that has resulted in low support from young people. Deep Blues in the party are also likely to be unhappy about any attempt at a pro-US rebalance, with deep Blue politicians such as Hung Hsiu-chu visiting Xinjiang, praising Chinese “anti-terrorism” efforts, and dismissing reports of Uighur concentration camps in a similar timeframe to Chu’s visit.

A sign of splits within the party can be seen in a recent statement by Alexander Huang, the KMT’s top envoy to the US, that defended China’s claims over the Taiwan Straits, claiming that China had the right to claim the Taiwan Straits as parts of its economic zone, and that the US had no right to assert the Taiwan Straits as being international waters. Huang’s statement drew fire from members of the pan-Green camp for acquiescing to Chinese expansionism. Despite serving as the KMT’s envoy to the US, this is not the first time that Huang has come under fire over his casting doubt on the US commitment to Taiwan.

The KMT’s central leadership later responded with a statement on the party website that stated the party welcomed international maritime traffic in the Taiwan Straits. Likewise, the statement also emphasized “The ROC is a sovereign and independent country, the PRC has never controlled Taiwan.”

The phrasing of this statement proves substantively the same as the Tsai administration’s assertion of a pro-status quo position. As president, Tsai has backed away from the DPP’s traditional advocacy of independence in favor of a view that the ROC is already sovereign and independent, emphasizing that the PRC has never controlled the ROC, and so the ROC has no need to declare independence. 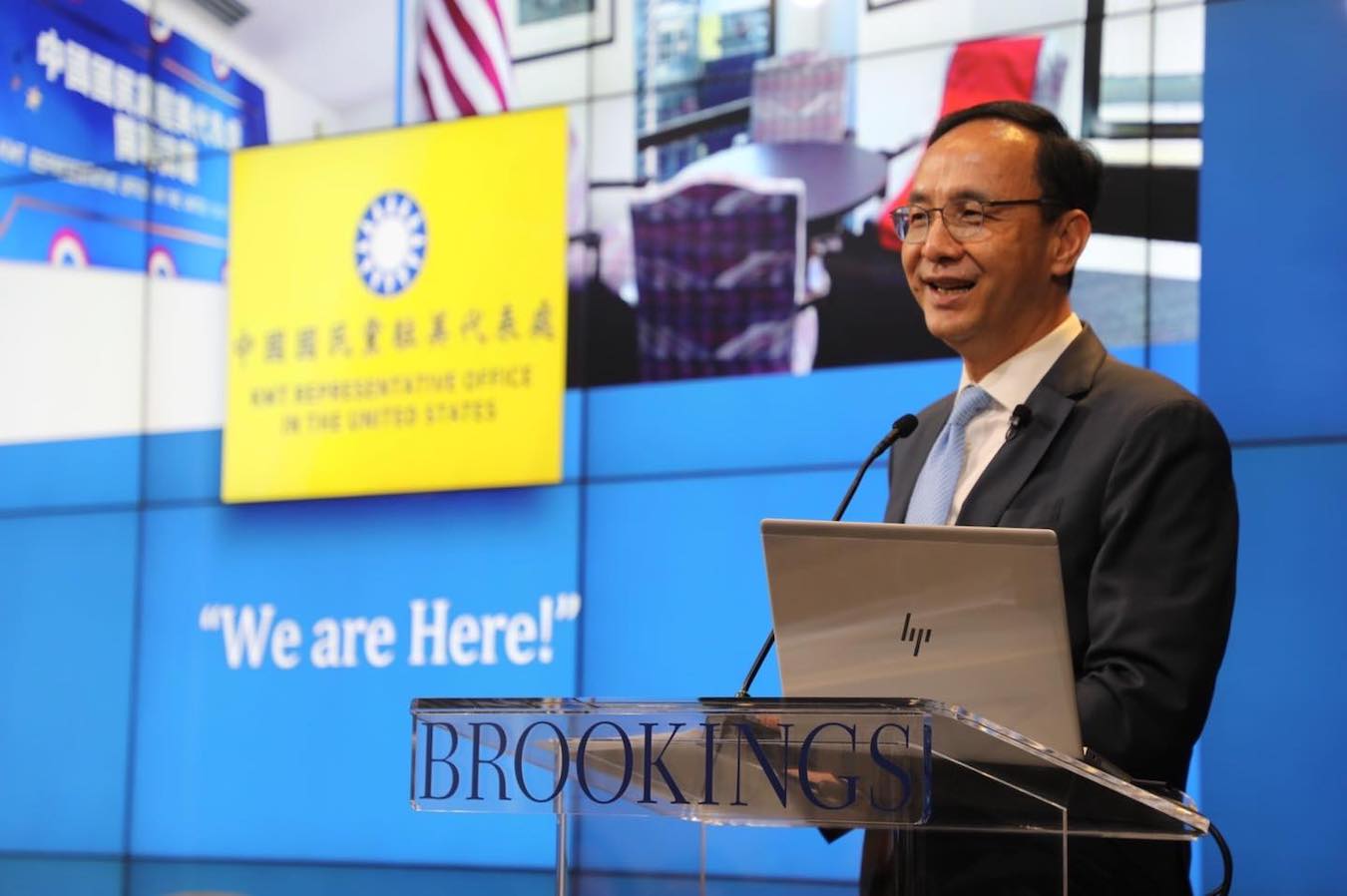 The KMT’s statement, then, can be read as an indicator of to what extent it has been backed into a corner by the Tsai administration with regard to how it positions itself on cross-strait issues. While KMT politicians have tried to hit back at the Tsai administration’s frequent political references to the “ROC (Taiwan)” as being different from the ROC that the KMT stands for, now the KMT has been pushed into a position that is no different from the DPP. Arguably, the KMT has been backed into this position because of China’s increasingly aggressive rhetoric, as well as the inability of deep Blues to moderate public views, a way in which Chinese hawkishness has backfired.

That being the case, one expects splits within the KMT to continue to be severe. In embracing fringe figures such as Hung Hsiu-chu, rather than more publicly moderate pan-Blue politicians actually capable of winning elections, the Chinese government seems to prefer hardliners to moderates. With Chu taking the KMT towards a position on Taiwan’s sovereignty that on paper is nearly indistinguishable from the Tsai administration, China may act to sabotage his administration because it prefers a hardliner in charge of the KMT. At the same time, where the DPP is concerned, it is possible that a future DPP political leader will be able to be more vocal on pro-independence views because the KMT has been pushed into a position on sovereignty that it has to struggle to differentiate from that of the DPP.