Living Mall Should Have Been Preserved, Not Shut Down

THE LIVING MALL, also known as the Core Pacific City, the sphere-shaped mall in Songshan district, is shutting down on Saturday, November 30th. The mall, auctioned for $38 billion earlier this year, will be destroyed and replaced with office buildings less than 20 years after opening its doors.

Ironically, given its name, the attendance at the mall had been low for years, so in a world ruled by profit, this news doesn’t come as a surprise. And yet one could argue that such buildings are part of our history and argue for the need to preserve them. 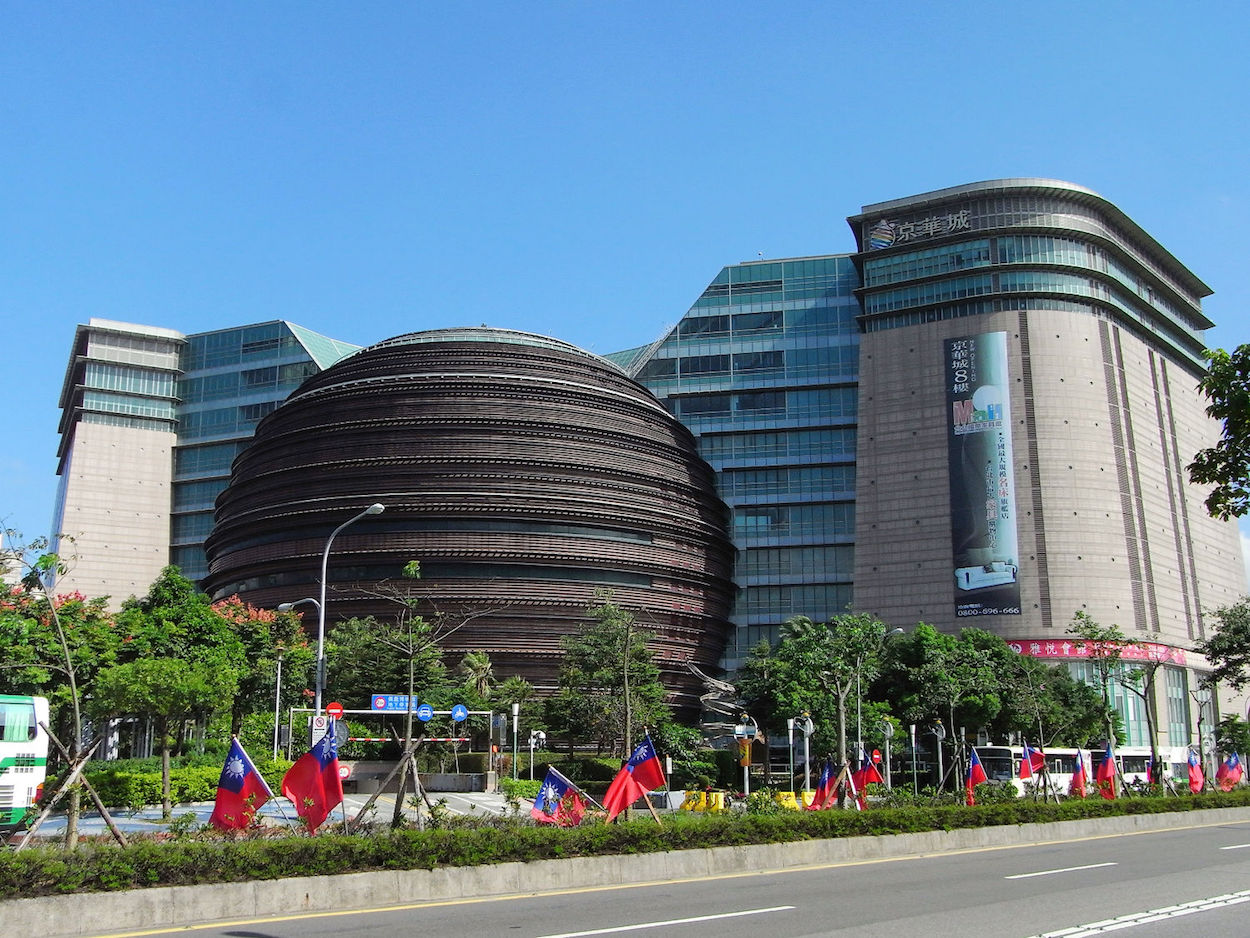 The mall was the epitome of weirdness. From the outside, the giant 11-story granite ball seemed like it was going to roll onto the city at any given time. The inside was incredibly well designed, with its giant ceiling, natural lighting, and purposefully complex floor plan. The interior design, on the other hand, was baffling, with tacky decorations, mismatched floor tiles, amusement park-style fake rocks.

Suffice to say, the building had a lot of personality. Judging by the Google reviews, people thought of it either as an odd outdated place or as the coolest place in Taipei.

The mall was designed by the Jerde Partnership, a firm headed by Jon Jerde. In a world where the puritan and boring aesthetics of modernism prevail, Jon Jerde had another vision. Jerde grew up in a flat place with straight roads, Texas, but upon visiting Europe he was charmed by being able to just walk aimlessly, letting the streets guide you – a rather situationist observation. Jerde decided to design spaces you can get lost in. In the 70s and 80s, his firm, among others, filled American cities with postmodern architecture.

Despite the name, architectural postmodernism doesn’t have much to do with Lyotard. Malls are, after all, the temples of capitalism, the very embodiment of consumerism.

Yet compared to the other malls of Taipei, Living Mall was designed with the everyday person in mind, with no luxury shops, (paying) playgrounds for kids, free parking, and a Daiso.

Nevertheless, when it opened its doors in 2001, postmodernism’s glory days were long past. Competition plus mismanagement quickly turned the mall into a ghost town. And so now the mall is going to be destroyed to make way for office buildings, with few caring about the fact that it’s actually an architectural wonder that we could preserve and show future generations. 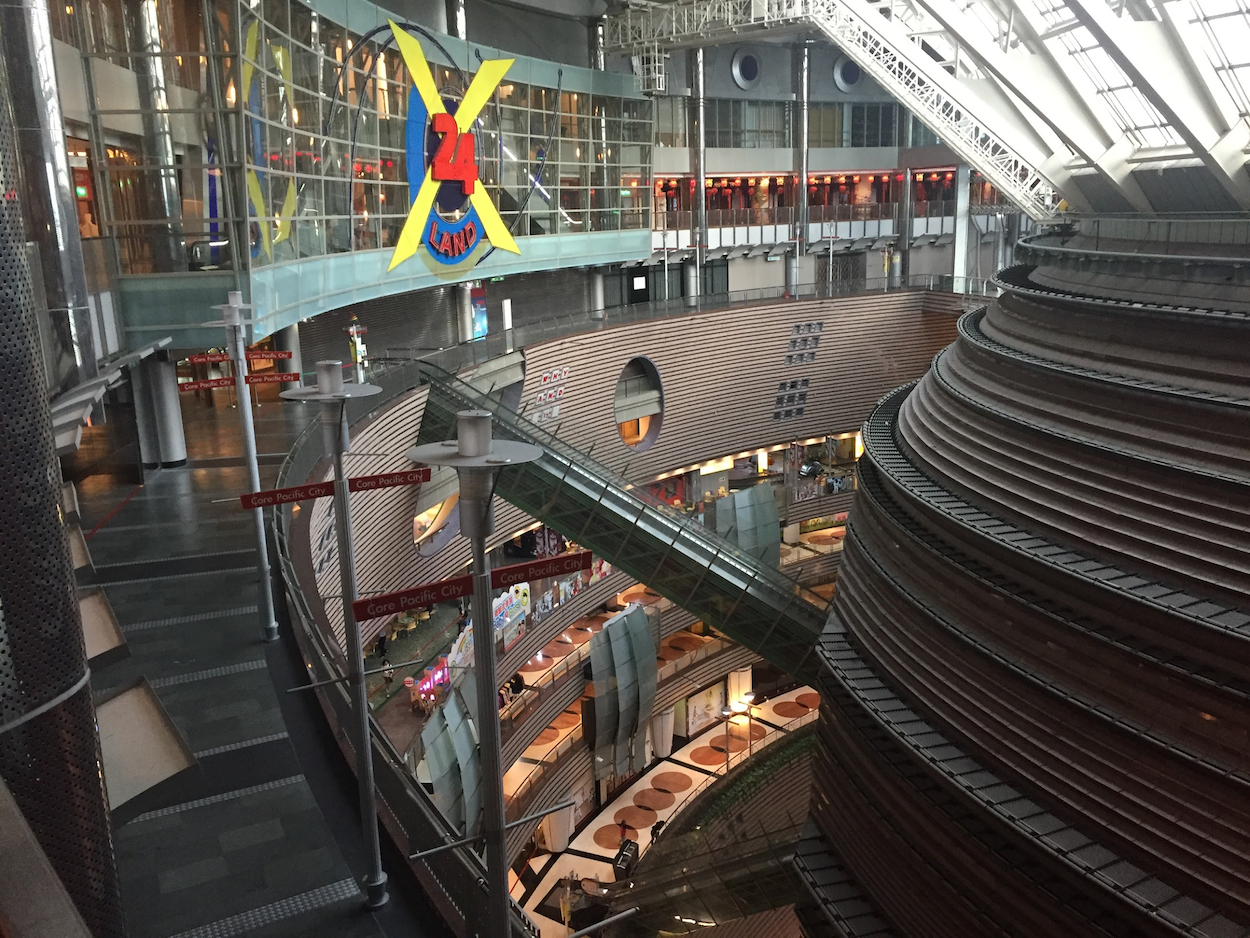 During the last few weeks, the mall became alive again for a little. There was a clearance sale but a lot of people could also just be seen taking pictures of the place; the mall must have meant something to them. But things were just not the same. What made the mall so charming was the fact that it was a place suspended in time and that no matter what, you could go there and be transported to the 1980s.

After the announcement that it was going to be destroyed, exploring the mall became a depressing experience. All the work poured into building this perfectly fine building, designed like a small city, would be destroyed, and all of the people that worked there were going to lose their jobs.

And all we are left with now are malls, the first floor of which is filled with brands 90% of Taiwanese people can’t afford. But one day maybe we will tear them down as well. One day maybe we will stop building soulless malls and we will start building true communal spaces where all children will be welcome to play for free. Maybe the food will be free as well and maybe we will have giants libraries filled with the works of Louise Michel, Rosa Luxembourg and all the other people in history who had a vision for a world filled with something else than malls. When that time comes, I believe we could look at the plans of Living Mall for inspiration.