A Brief Comment On The Council Of Grand Justices’ Interpretation 748

THE COUNCIL of Grand Justices’ Interpretation 748 as realizing marriage equality is supposed to be a milestone, if we are to do or say the appropriate thing. But in reality, if we read the interpretation a bit more carefully, we can raise several important issues which have been neglected to date. The importance of these issues lay in that this article cannot be seen as merely concerning marriage equality, but have broad effects on sexual freedoms, marriage and even the Civil Code itself in Taiwan.

The Content Of Marriage Becomes Specified By The Constitution

“The committed purpose of managing a life together,” “permanent union”, “intimate [nature]”, and “exclusive nature” are the four constituent elements for what the Council of Grand Justices believes is marriage according to the Civil Code. With careful reading of the Interpretation text up until now, readers should not have difficulty discovering that this is the first time that the substantive contents of marriage have been specified at the level of the Constitution. Under the new judicial interpretation, past demands from sexual liberation advocates for alternative family forms or even abolishing the family and marriage, who long have a sour relation to equal rights advocates, shall no longer be eclipsed by Constitution and Civil Code, nor should this be.

Sex in Marriage Not Moral-Neutral Anymore, But Takes On A Bias Towards Conservatism

THE CIVIL CODE’S regulation of marriage and the family, family livelihood, mutual care, mutual property, and related rational affairs are all bound up together in Civil Code, as should be obvious. The four constituent elements raised by the Council of Grand Justices, “the committed purpose of managing a life together,” “permanent union”, “intimate [nature]”, and “exclusiveness”, links together three items to put into effect what already exists according to the present Civil Code. Only “intimate [nature]” is a brand new development in Taiwanese jurisprudence, allowing us to come to the realization that marriages under current Civil Code, before Interpretation 748, has no need for love, does not need intimacy, requires rationality, and hardly in the least romance. This is what allows for the decision of the Council of Supreme Justices to be seen in a rose-tinted lens, or excuse me to put it bluntly, uncivilized by romance, then. 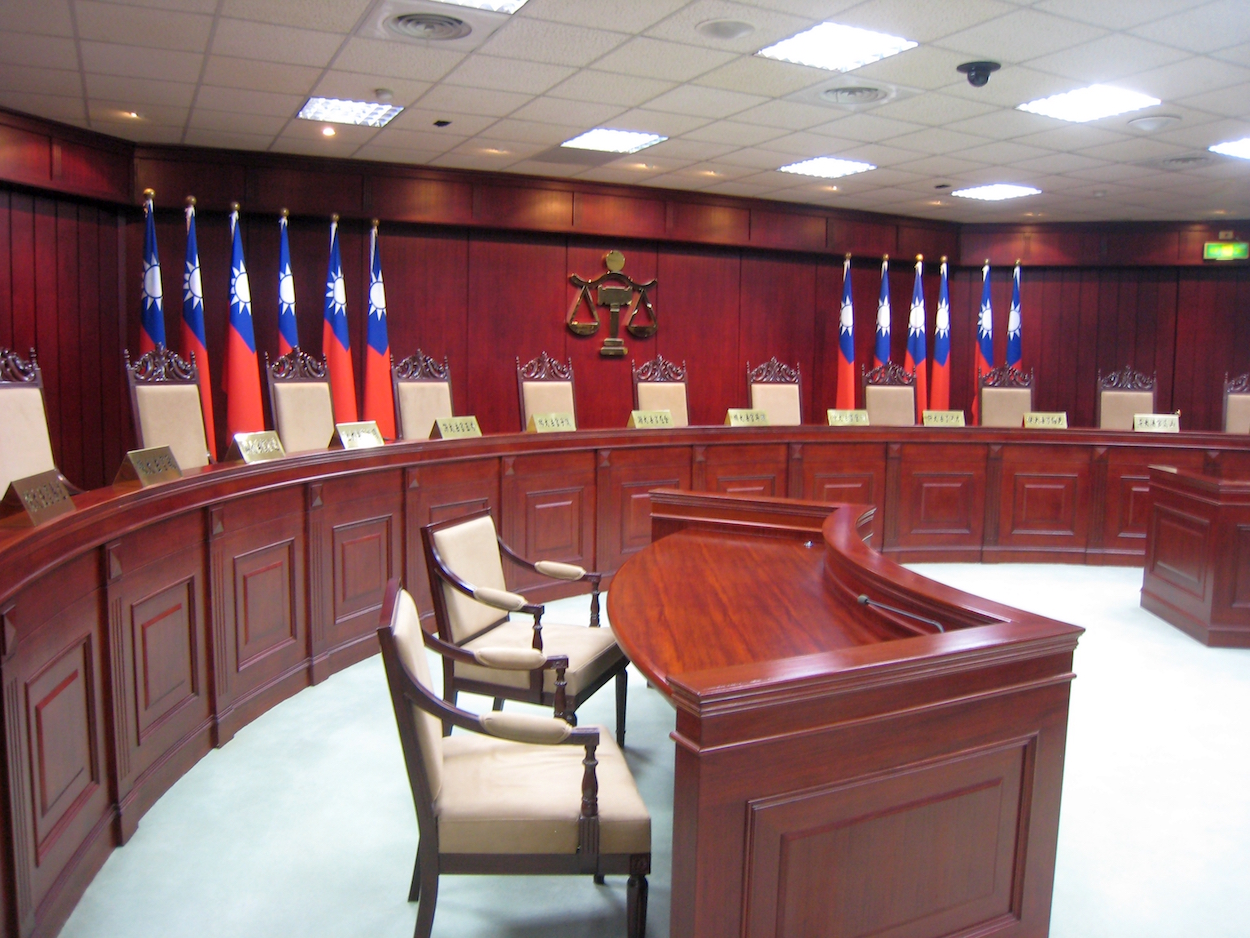 This constituent element concerning “intimate [nature]” has never existed before in the Civil Code’s important conditions for marriage, and is most likely imported from America. However, in the American LGBT law context, “intimacy” is introduced in its Constitutional jurisprudence because the SCOTUS has been reluctant to recognize a fundamental right of consenting adults to sexual autonomy in private, with reference to past sodomy laws among the States. Taiwan has never had uncivilized sodomy laws similar to those of America, and Taiwanese constitutional jurisprudence has recognized sexual freedom as a constitutional right in Interpretation 554. Furthermore, Taiwan Civil Code is imbued with enlightenment and secularization from the outset. The only article concerning sexuality in marriage as written in Civil Code Article 995 is that, marriages can be annulled should there be “inability to consummate.” Now how does the Council of Grand Justices introduce intimacy in consummation? How will “intimacy” affect the current interpretation of consummation law? Is it not that this leads to more confusion and difficulties when courts apply the Civil Code? And this roundabout route to realize marriage equality is drawn from America, whose marriage law lags behind Taiwan in this respect, with regard to laicity and secularity. Is this not a victory for the moral conservatives, for the present sex moral neutral Civil Code’s “inability to consummate” as grounds for divorce to incorporate also the condition of “intimacy” as drawn from the basis of a conservative sexual morality?

Furthermore, combining Interpretation 748 and Interpretation 554, for the first time we see a conservative sexual morality seep through the Constitution and deeply into Civil Code, explicitly singling out sex which does not take place in the bedroom as immoral. In the author’s view, this is an unfortunate confounding of legal reasoning and moral judgement on the Grand Justices’ part. And this Interpretation favors the conservative moral view which, with hindsight, the Grand Justices may not wholeheartedly support, but simply is a forced installation by the Protect the Family Alliance. From this point on, the Protect the Family Alliance has secured a invisible victory. For gays to marry doesn’t hurt their Christian heterosexual marriage a bit, and in fact this allows civil marriage to be built-in with conservative “intimacy” morality. This can even be seen as a uncivilization for the originally secular and enlightenment Civil Code. The Council of Grand Justices’ perspective of conservative moral values has also not said clearly why marriage must require such a foreign and dispensable “intimacy,” which is extremely pitiful.

IN THE TEXT for the justification of article 748, towards scrutiny of judicial review of equality, this is of heightened scrutiny, because it is stated: “Sexual orientation is an immutable characteristic that is resistant to change […] [Homosexuals] been a discrete and insular minority in the society. Impacted by stereotypes, they have been among those lacking political power for a long time […] Accordingly, in determining the constitutionality of differential treatments based on sexual orientation, a heightened standard shall be applied.” 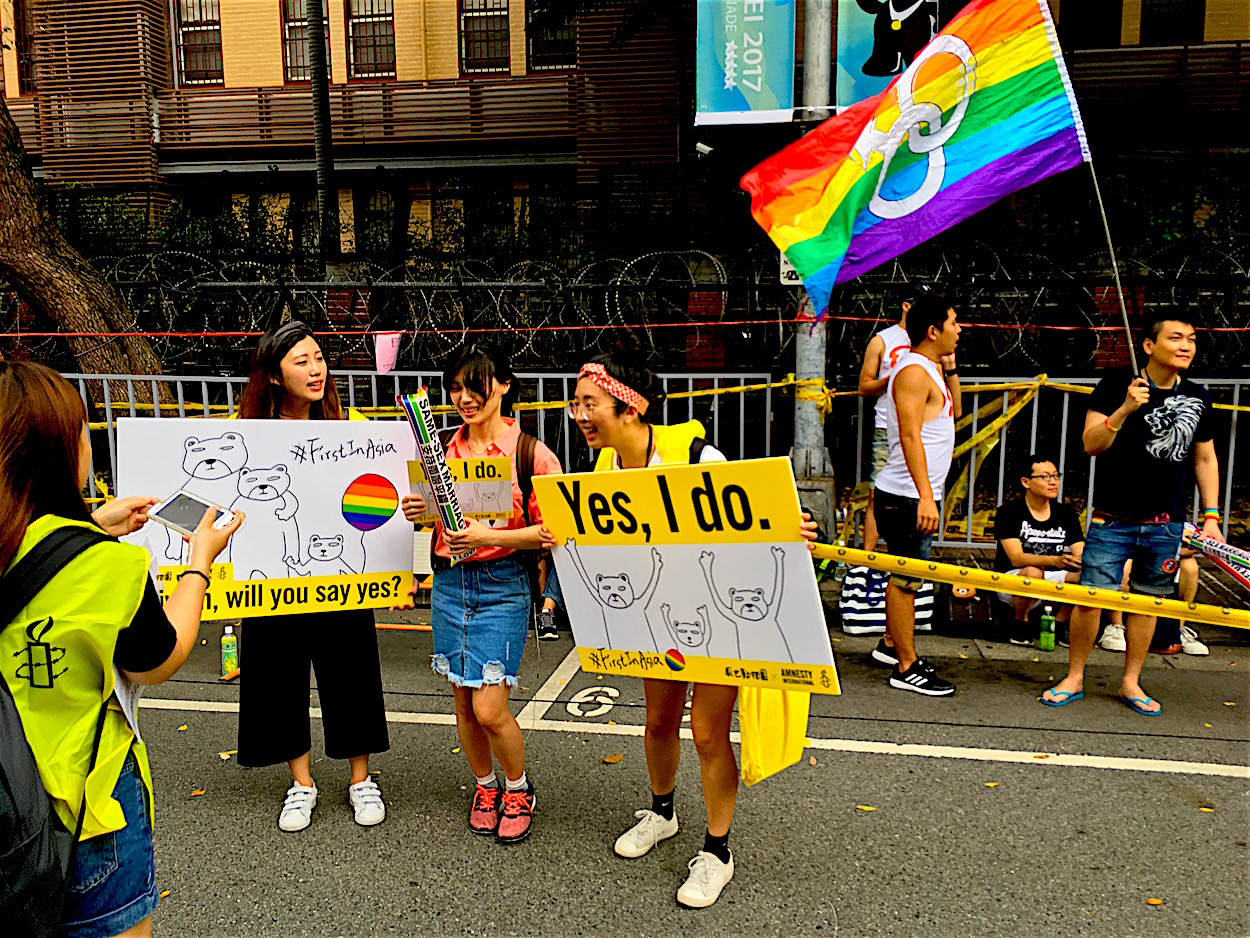 In the interpretation text’s first comment, there is the clear statement that “Sexual orientation is an immutable characteristic that is resistant to change […]” From the consideration of filing a lawsuit, advocating that sexual orientation is an immutable characteristic and resistant to change, is because this effectively raises the judicial review scrutiny and increases the chances to win cases. This is pragmatic from a lawyer’s view. Although advocating sexual orientation cannot change is a double-edged sword, this drums up support that in the eyes of lawmakers, sexuality is either to become a homosexual or to become a heterosexual. For different ambiguous or uncertain sexual identifications or practices, because law selects one of two choices, the sexual freedoms and space for personal development for bisexuals, transexuals, or individuals of other sexual orientations may consequently be shrunken, and this is worth being concerned with.

INTERPRETATION 748 contains the phrase “Furthermore, the freedom of marriage for two persons of the same sex, once legally recognized, will constitute the collective basis, together with opposite-sex marriage, for a stable society.” It can be inferred that the Council of Grand Justices believes that marriage is the basis for a stable society. In Taiwan, lacking a social safety net, with the reality of the pension system being about to collapse, marriage not in the least can become an means of supporting people. Not only has this become forgotten by the nation, this has been even become the excuse given by the Council of Grand Justices.

ONE LARGE STEP forward for marriage equality is in fact one large step back for sexual freedom as a whole. Even the enlightenment and secularity embedded in Civil Code is compromised. The interpretation of the definition of secular marriage as necessarily including “intimacy” according to a conservative and notion of sexuality morality, adding “intimacy” to the contents of the Civil Code, which makes it difficult to interpret, is problematic. The celibate are made more lonely and essentialist discourse on sexual orientation adds to the awkwardness of the bisexual and individuals with other forms of identification. These are the shadows on the other side of the bright light of marriage equality.

Although the Protect The Family Alliance is angry and bitter over this ruling and is endlessly resentful over the ruling, actually they lose nothing. In fact, they secured the victory over the sex moral wars, and at the same time uncivilized the Civil Code. The actual biggest loser is those advocating sexual liberation who are attacked endlessly and made into an imaginary enemy by Protect The Family Alliance. The ruling negates the advocacy of those calling for sexual liberation. The political weakness of those calling for sexual liberation has led them to along with the Protect the Family alliance be deemed as fellow anti-gay marriage comrades and laughed at accordingly. They have no way to prevent marriage from unexpectedly becoming the captive of conservative morality, and are those who have thoroughly been excluded from this movement.