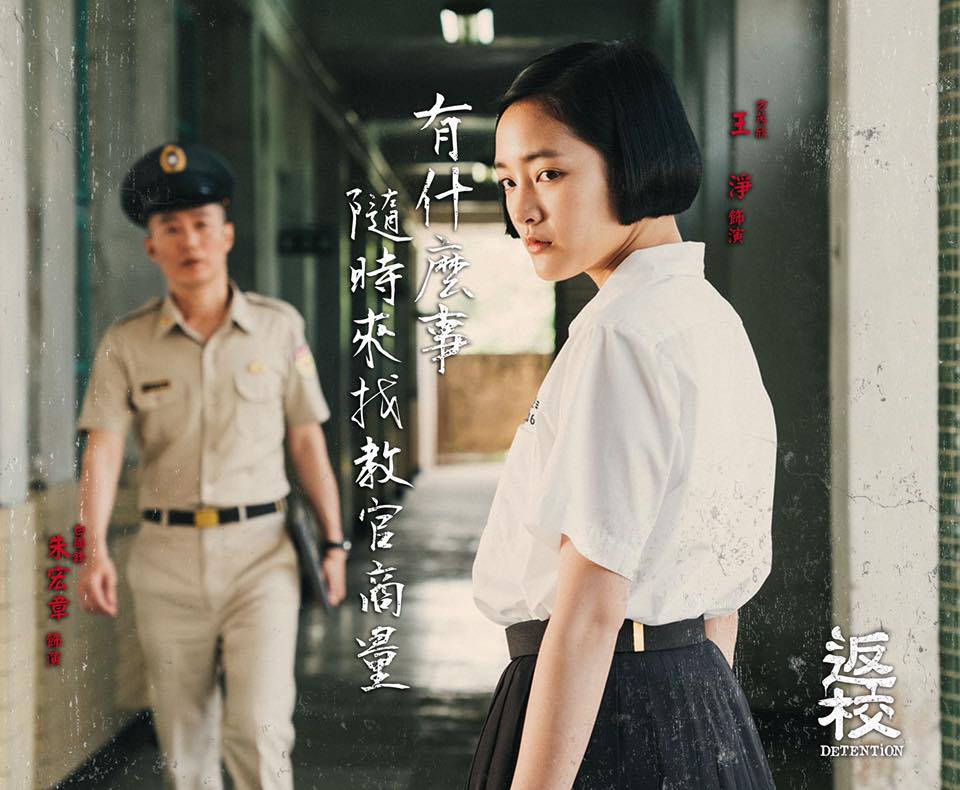 All the more surprising, then, that Detention, a commercial horror film, is still one of the rare films to engage with the history of the period in the decades since City of Sadness became the first film to do so in 1989.

In this light, as a commercial horror film about the White Terror, some have discussed Detention as representative of the “commercialization” of the White Terror. One can draw comparisons with, for example, a series of PXMart commercials in 2018 that featured historical figures resembling White Terror victims as Chen Wen-chen, Ting Yao-tiao, Yang Bo, and Yin Haiguang.

To this end, Detention proves a competent adaptation of its source material, though not an especially original one. In many ways, the film is hampered by its source material, which conveyed the creeping menace of the White Terror atmospherically using the game’s setting, and which allowed players to discover the finer details of the plot through careful exploration. As this is not possible with a straightforward narrative film, this required flattening out much of the nuances of the game and reordering the plot to a more linear one.

The finer details of characterization are also lost. Differing from the game, Fang Ray-Shin is featured as a deuteragonist alongside Wei Chung-Ting, who is seemingly killed off relatively early in the game. However, the result is that neither character is fleshed out, whereas Ray-Shin is a complex, well-developed character in the game. But, again, this seems to return to the needs of a film adaptation⁠; it would be hard to make a film featuring only one character who has no other characters to engage in dialogue with. The film’s large supporting cast also complicates matters. 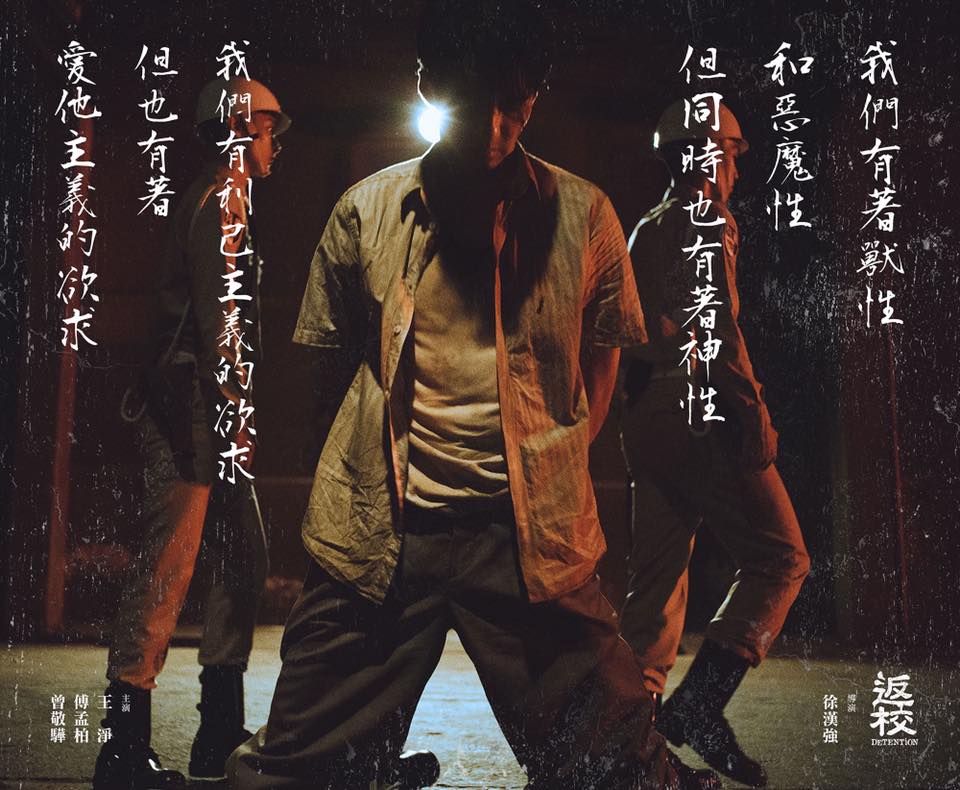 That being said, Detention still proves more tightly structured than other recent Taiwanese films that have sought to engage with sensitive political topics, such as, for example, Dear EX, if not any less reliant on melodrama. This is not only in terms of plot structure, but also tonally. One can also position Detention alongside other recent Taiwanese horror films that draw on specifically Taiwanese cultural source material, such as the Tag-Along series, which draws upon contemporary Taiwanese urban legends such as the Devil Fish, also known as the “fish with a human face” (人面魚), and the “little girl in red” (紅衣小女孩), possibly Taiwan’s most famous contemporary urban legend.

However, it should be clear that Detention is not merely a film that uses the White Terror as the backdrop for its setting⁠—that is, using the aesthetics of the authoritarian period to evoke the aesthetic of the Taiwanese New Wave⁠—as some would likely see it. The series of events depicted in Detention are based on a real incident that took place in 1947 at the Keelung Senior High School and elements of the film directly reference current political issues regarding the White Terror.

Indeed, Detention veers sharply into the political through the use of horror film aesthetics as a way of conveying the authoritarianism of the White Terror and intervenes into the political debates of the present with the constantly repeated question in the film, “Have you forgotten?” The message would seem to be that the history of the White Terror should not be forgotten, despite the fact that the KMT presently claims that the White Terror is history which is long past. One suspects that it is likely deliberate that the main supernatural monster featured in the film is a monstrous version of a KMT military officer, who repeats White Terror propaganda slogans at the protagonists as it chases them through the film.

As such, it is no surprise that there are rumors that the KMT-controlled Kaohsiung city government has attempted to suppress the film, in spite of that significant parts of the film were shot in Kaohsiung. Seeing as 2018 elections saw the unexpected resurgence of the KMT and the meteoric rise of its current presidential candidate, Han Kuo-yu, one notes that addressing White Terror-themed subject is much more sensitive in the present political climate. For example, it would be unlikely for White Terror-themed commercials as last year’s PXMart advertisements to be made at present.

The political elements of the film can be overplayed at times. The last few monologues by Chang Ming-hui in the film are overly didactic, in summing up the White Terror as a period in which people were not allowed the freedom they deserved. Similarly, the closing shots of the film⁠—depicting scenes of nature in Taiwan⁠—is the same nationalist cliche one observes in the end of Le Moulin, in suggesting that the victims of the White Terror still live on after death as part of Taiwan itself. 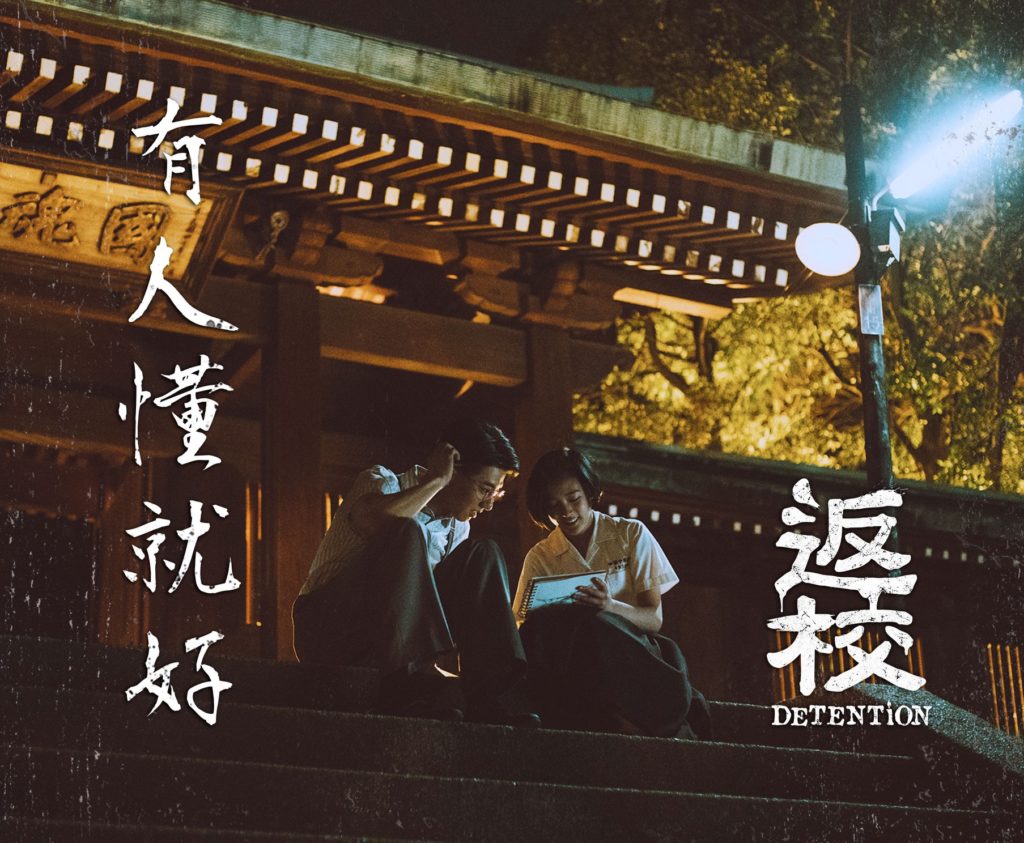 Regardless, Detention will likely still have a place in the history of Taiwanese film, if only as one of the first commercial film of its kind to engage with its subject matter. This is likely why the film currently has 12 nominations in the Golden Horse Awards in a year in which the Golden Horse Awards do not have any Chinese films in competition. It is to be seen whether this will garner the film more critical attention.