THE TIME HAS come for long-held societal views on older people’s search for companionship to be reexamined, and acclaimed film director Ray Yeung is here to herald in the change with his newest film, Suk Suk. The film stars actors Tai Bo and Ben Yuen in the roles of two older men in Hong Kong whose chance meeting while cruising in a public park leads to a deeper relationship, causing them to question the commitments they have made to family and tradition. In this way, the film is looking to break new ground in the way older gay male relationships are seen on screen. 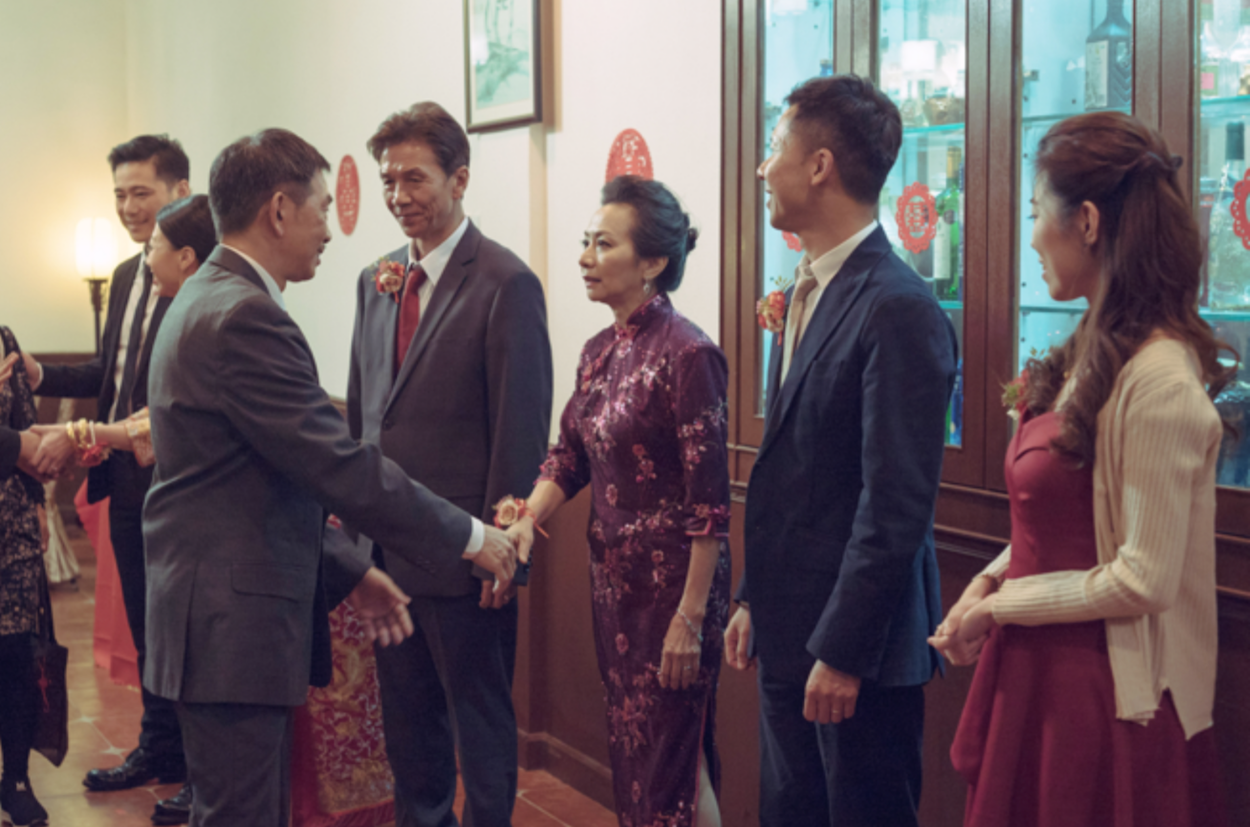 “I was waiting by the computer to hear the nominations, and it was so unexpected,” he says. “It was a big surprise for a film on such a tiny budget; it’s exciting to move it out of the indie film category and put a spotlight on it for wider audiences.”

Suk Suk–whose Chinese translation 叔叔 (meaning “uncle”) is often used as a term of endearment for older men–is a loving examination of the intimate details of the private lives and desires of a segment of society which oftentimes goes unnoticed. For many people, if these men are thought to have any personal longing at all, it is only a dim ember buried under layers of time and obligation.

The film’s two stars, however, are anything but unnoticed, both having had storied careers through decades in Chinese-language cinema.

Taking on the role of Pak, Tai Bo has been a part of the film scene for many years, having been active in the 70s and early 80s with credits in many of the early Jacky Chan movies. His time in Hong Kong’s famous Shaw Brothers as a PA led to roles in small parts before moving into films such as Project A. About 15 years ago, Bo moved to Taiwan permanently and has been working consistently in Taiwanese film since then in such titles as City of Sadness. He won the Golden Horse Award for Best Supporting Actor in 2000 and the Taiwan Golden Bell Award for the television series Sweet Relationship in 2007.

Ben Yuen, who plays Hoi, is based in Hong Kong, where he has been doing both stage acting and cinematic roles for some time. Last year, he starred in the film Tracy about a married man who undergoes a transition upon discovering their transgender identity. Yuen played the role of a cross-dressing confidante for the film. For his role in the film, Yuen won the Best Supporting Actor award at the 2018 Golden Horse Awards. He has also directed dramas for Hong Kong television. 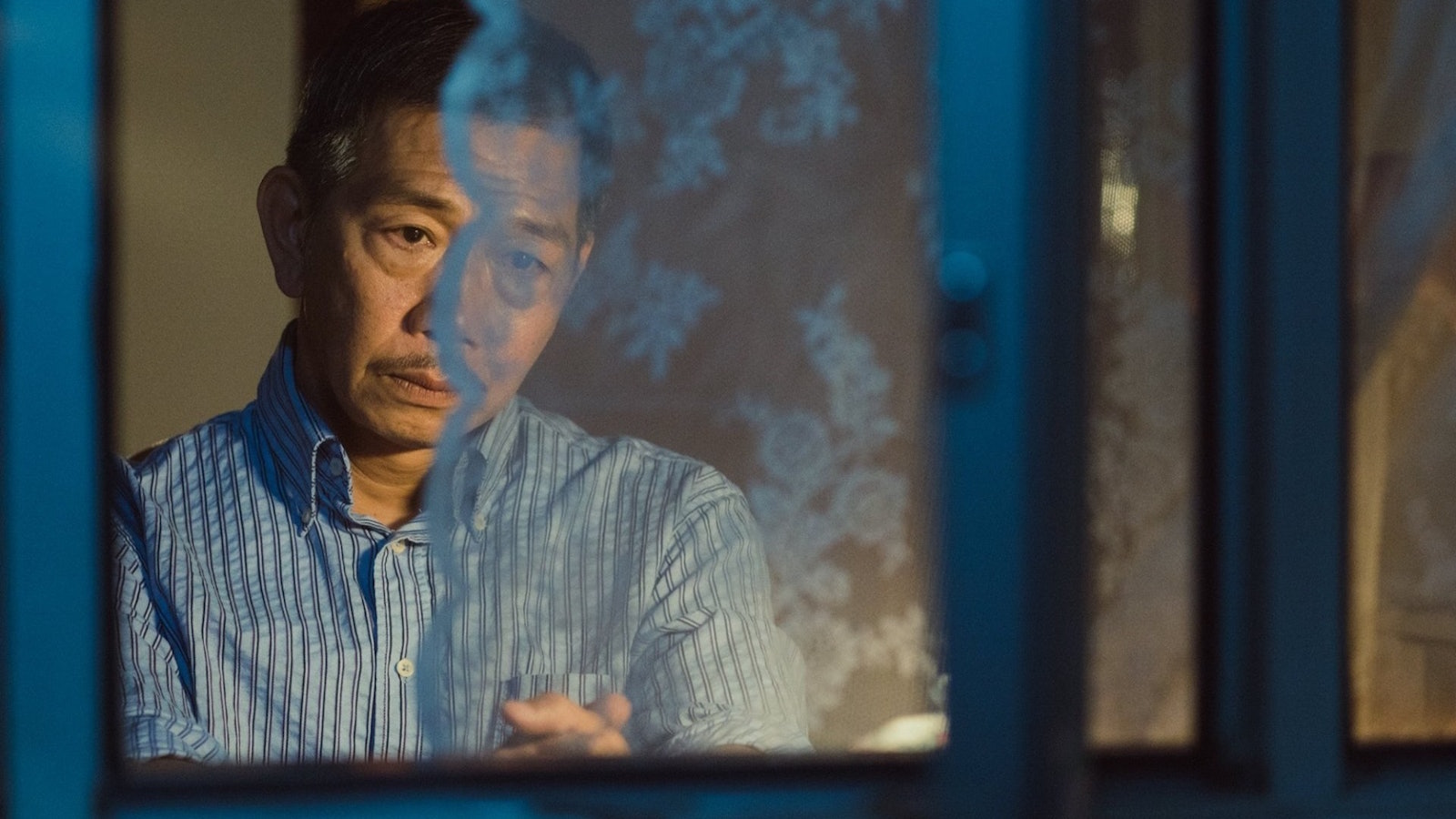 In casting the two leads, Yeung ran up against some of the prevailing social taboos that the film revolves around. Though Yeung eventually landed on well-suited leads, he remarked that casting was difficult due to conservative attitudes amongst Hong Kong male actors of the generation he wanted to portray. Many of these actors come from the same Shaw Brothers action movie era, he explains, meaning that most of them are used to being traditional masculine in a very macho sort of way. A lot of those interested in the part as a way to challenge themselves as actors were frank about their unwillingness to engage in on-screen kissing or sex scenes with another man.

Altogether, it took Yeung a total of 10 months and flying back and forth between Hong Kong and Taipei to finally cast the parts. It took some time and rehearsal for the actors to fall into roles that were new to them, and Yeung guided them gently through the intricacies of playing an authentic, natural on-screen couple. “We had set movements for them to do, and once they start doing that, they began to see it as a technical thing and started to become more comfortable with it,” says Yeung. Once they were more at ease with the choreography of the scenes, Yeung had them drop the technicality and just be in character, which he states was much easier.

When talking about presenting older male sexuality on camera, Yeung wanted it to be as authentic as possible. “I didn’t want to eroticize it or sensationalize it–at the same time, I didn’t want to hide it or present it as something shameful,” he says. He intentionally leaves it up to the audience to take away what they will from seeing two older men together on screen, without the baggage of a pre-determined set of emotions one typically sees in such portrayals.

Throughout it all, Yeung found that the process of making the film itself was reflective of the same social mores which the plot centers on. Similar to his previous film Front Cover, here he is touching on themes of men struggling to overcome internal barriers and competing notions of who they are to ultimately arrive at happiness. With Suk Suk, though, he ventures into yet another world–that of men already past their youth who are still struggling to come to terms with their needs and desire for companionship with another man.

As in many other digital, cosmopolitan cities worldwide, this is something of a taboo in Hong Kong, where mainstream gay life is often based around youth and technology. “Basically, if you aren’t attractive enough in the market, you are transparent,” Yeung says.

Even among the gay community in Hong Kong, Yeung encountered some resistance in making a film centered around the intimate desires of two older men. Some of the attitudes included those who thought that gay movies were already so niche, that audiences would be disinterested in seeing older men on screen. “If you don’t throw in at least one young guy, it’s not going to sell,” was one way of putting it. This mirrored the everyday society Yeung wanted to portray; as he states, even if men of this generation do come out, they often have nowhere to belong.

Yeung himself is from Hong Kong, and making the film was a homecoming of sorts in that way. “My last two movies were both in English and I really wanted to make a Cantonese movie in Hong Kong, my hometown,” he says. Yeung moved back to Hong Kong in 2015–from there, he got in touch with Travis Kong, a professor at Hong Kong University and the author of Oral Histories of Older Gay Men in Hong Kong. The interviews with the dozen gay men in their 60s and 70s partly inspired Suk Suk. 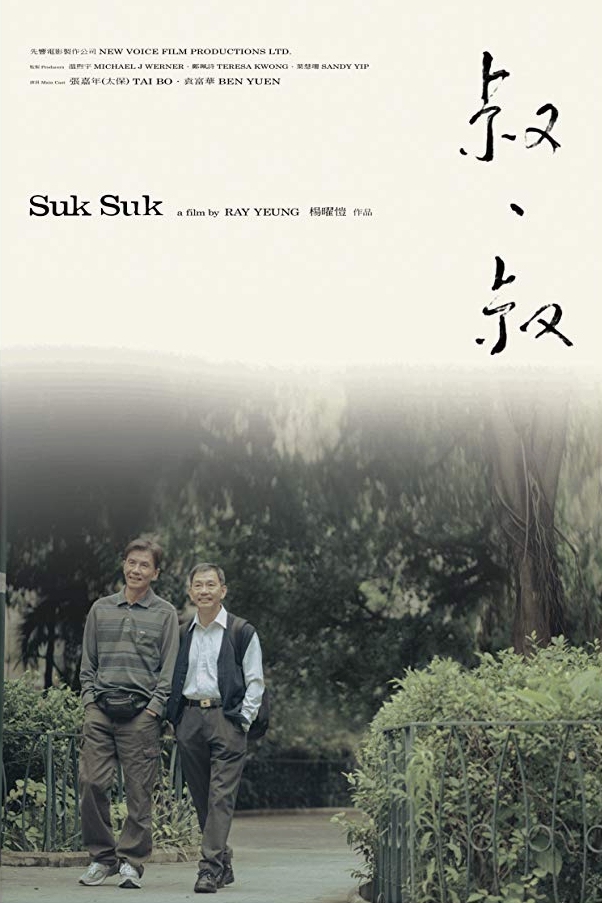 Yeung thought this particular type of gay person, married and with children (and a character type who is rarely seen on screen), was important to show. He cautioned against the impulse to feel pity or sadness for these individuals or the lives they have led.

“There was one interview which really struck me,” Yeung says. “The author [Kong] asked the man being interviewed, ‘You’ve been in the closet all your life, do you have any regrets?’ and the man replied, “No, why would I? I have a wife and kids–when I come home, my wife will make soup for me, and my kids will give me an allowance at the end of the month. I’m a success story.’”

With the success of the film, there is room for new light to be shed on what it ultimately a very relatable search for dignity and authenticity in one’s life. “If these men, many of whom have taken the more traditional route to being a good person involving marriage and family, don’t think that they are sad or have any regrets, why should we?” Yeung asks. In not tipping the scales too heavily in favor of either fulfillment of one’s personal desires or adherence to obligations set down to more traditional roles, he carefully avoids casting judgment on the complicated choices of people with decades of personal history and portrays them for exactly what they are–individual choices in a much larger tapestry of a person’s life.

With the passage of the gay marriage law in 2019, Taiwan (where actor Tai Bo still resides with his family) became the first country in Asia to legalize same-sex unions in the same way afforded to heterosexual couples. There is hope that the next generations of gay Asian youth will live in a world that the characters in the film could only observe from the long vantage point of time. Yeung reminds us, however, that whatever happens in the future, these men’s stories still have something truly profound to say to audiences of all ages right now.