New Bloom editor Brian Hioe interviewed Allen Yu (余政彥), CEO of Toii Inc., about the recently released augmented-reality game Unforgivable: Eliza, which focuses on the legacy of the martial law period in Taiwan and whose story was written by award-winning Taiwanese-American author Ed Lin. The e-mail was conducted via e-mail in February. Full disclosure: The New Bloom team acted as historical consultants on the game, as well as provided proofreading for the English script.

Brian Hioe:  For those that don’t know you, could you introduce yourself and your background? How did Toii Inc. begin?

Allen Yu:  I went to school in New York for grad school, and after graduation, our program director thought my thesis project had potential and encouraged me to keep working on the project. So I found some friends in New York to work on this together, and this was how we started the company Toii (pronounced as ‘toy’), because it was a toy project with digital game element. 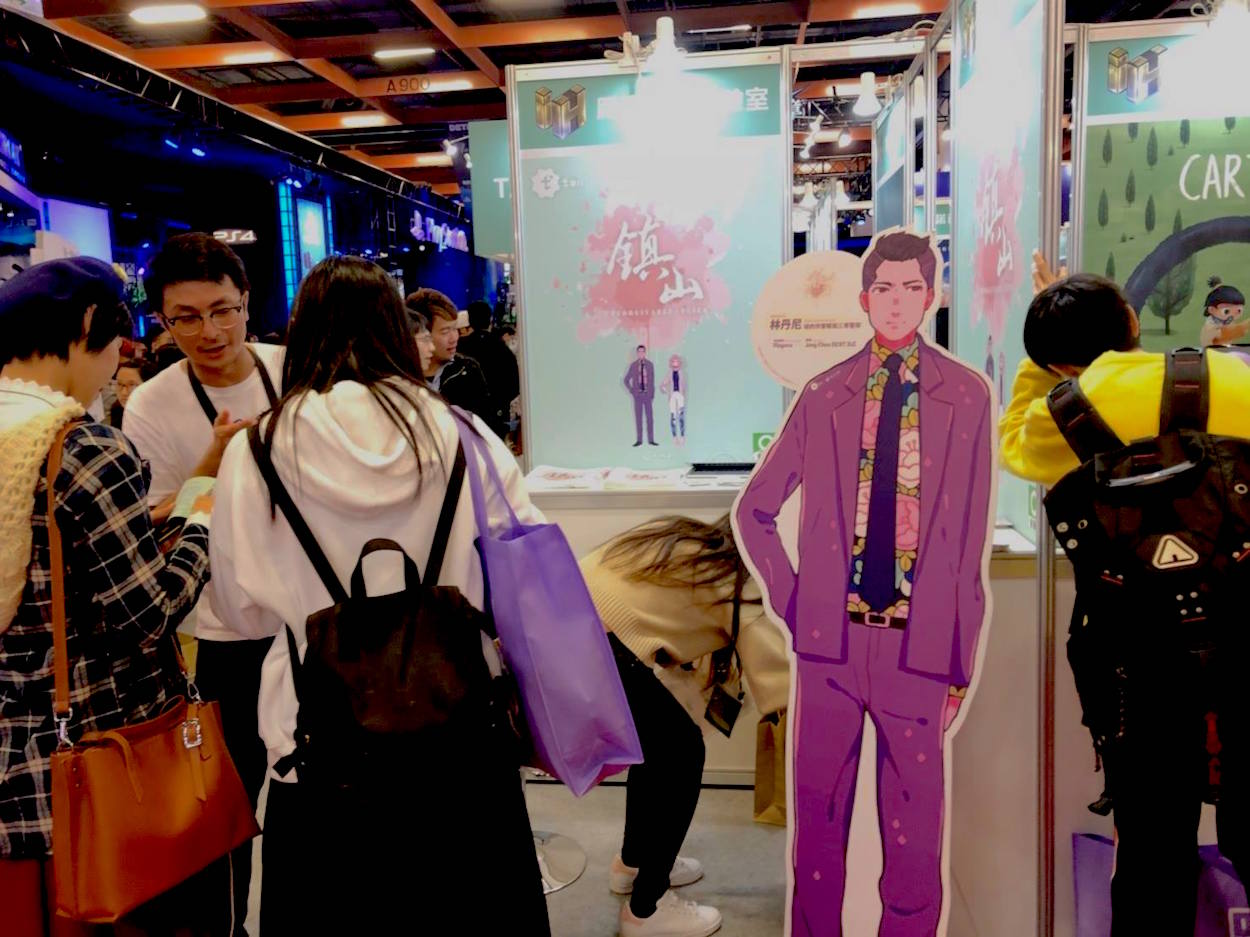 AY:  The idea was quite simple in the beginning: To tell a story about Taiwan to a western audience.

We were scouting for writers in the states who are familiar with Taiwan. And thanks to Brian, the editor of New Bloom, he recommended that we look up Ed Lin, a New York born Taiwanese-American novelist. Ed is an award-winning writer and also published novels about Taiwanese stories, such as Ghost Month. So we wrote an email to him to propose the idea to create the narrative for games, and he replied back and said he is also a gamer, so hell yeah!

We actually didn’t limit Ed about any story topics. Ed came up with the idea. He said, “Hey, you know there was an assassination attempt on Chiang Ching-Kuo in New York when I was little.” I was totally shocked! We felt like it was dramatic enough for the game narrative, and that we can tell part of this story through gamification. 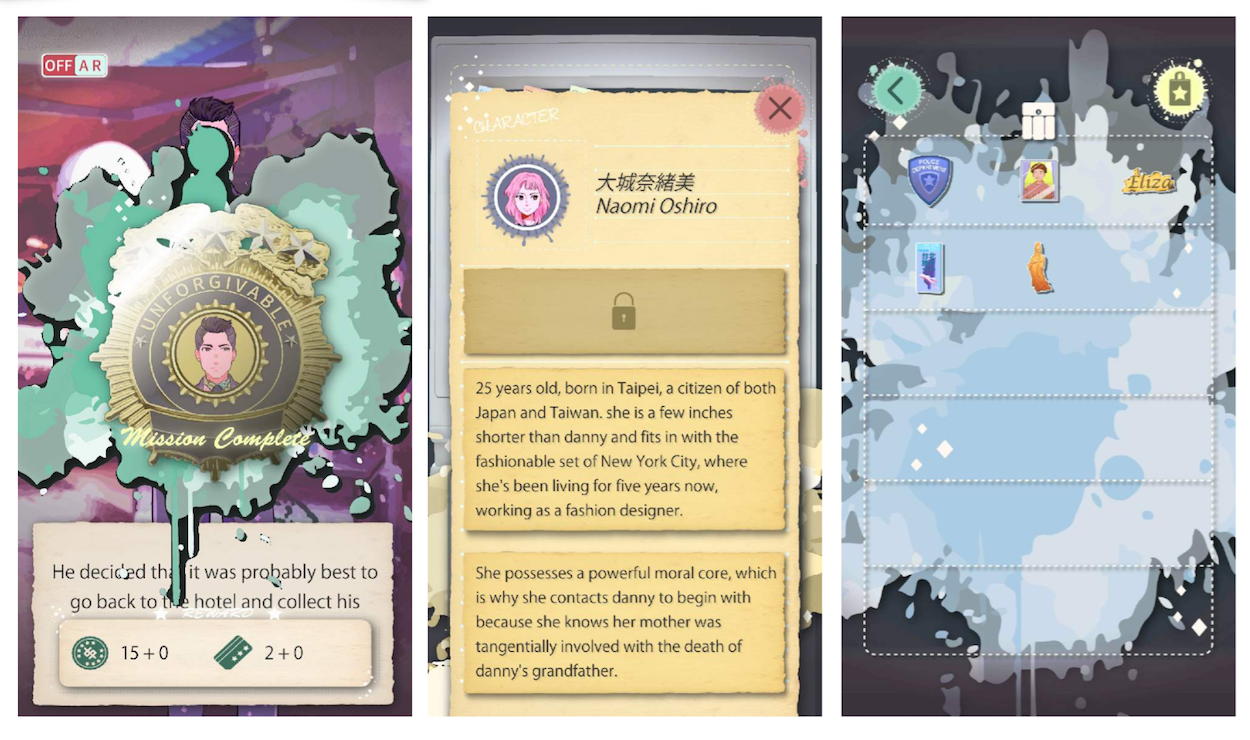 BH:  Were you influenced by other games in recent years concerned with Taiwanese identity, such as Detention?

AY:  Definitely, by the success of Detention, not just in terms of how it was applauded globally among indie game community, but also how it achieved commercially success. This is very encouraging, that a game deeply rooted with Taiwanese culture and history can achieve global success. The Detention team had a famous saying: “The more localized [a story], the more globalized [you can achieve].”

We see that there is a trend in Taiwan to have more and more games connected with Taiwanese culture and/or history of Taiwan. For example, Rainy Port Keelung (雨港基隆) is a typical text adventure game with dating sim, it basically talks about the love stories that took place during the 228 Massacre in Taiwan, and it was selected as one of the best Taiwanese games of the year. Apart from that, Raid on Taihoku (台北大空襲) is a board game about WWII when the Allies bombarded Taihoku (Taipei city) during Taiwan’s Japanese colonial era. It raised over $150,000 USD on a Taiwanese crowdfunding platform. This is is truly amazing, even when compared to money raised for US board game projects on Kickstarter. So there must be a demand for Taiwanese people to go back and understand their own history.

BH:  What were the challenges in making Unforgivable? How did you cope with these?

AY:  It is quite difficult to adapt the novel into a mobile game. We have to work closely with Ed, but not too closely, so he can still have room for his creation. 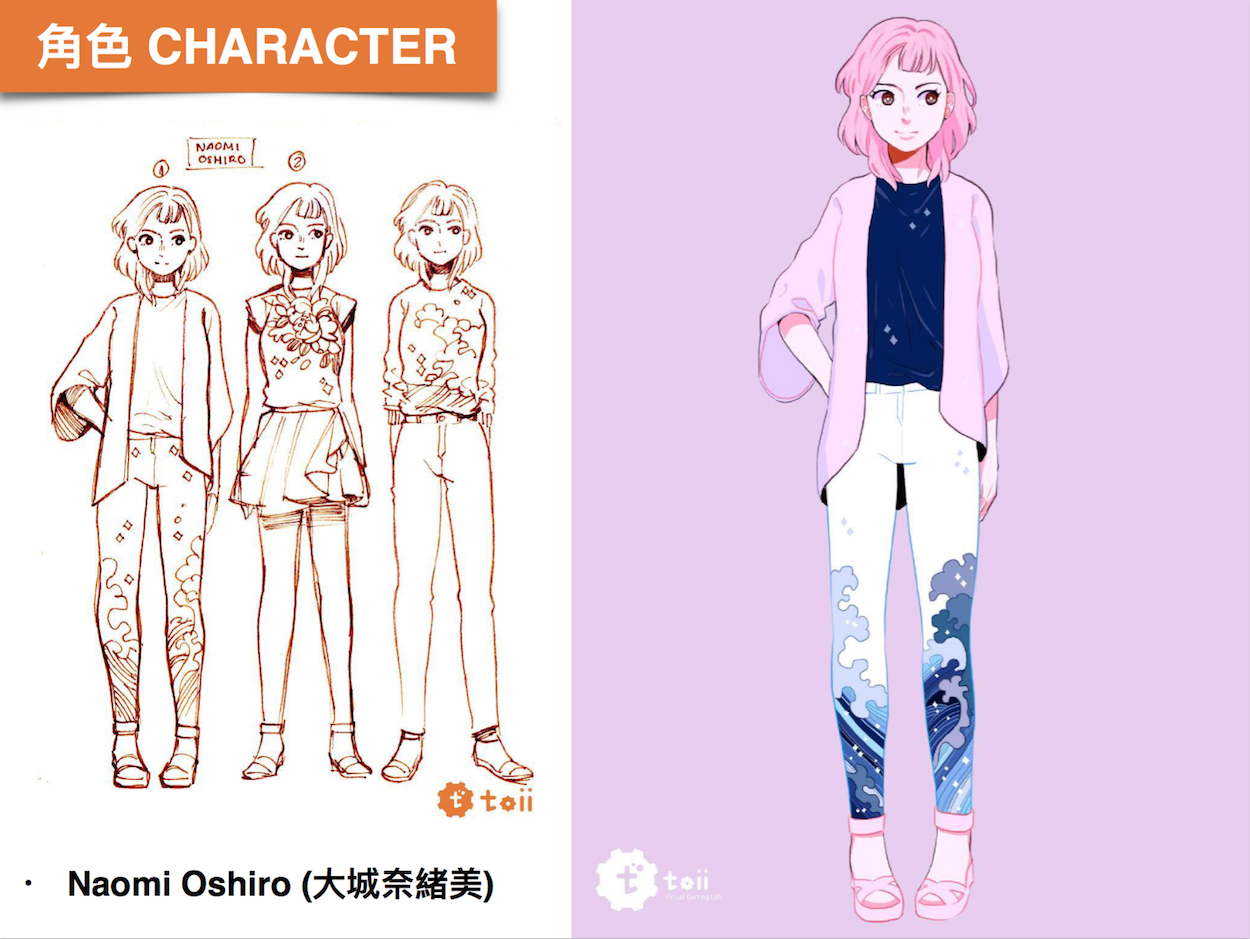 BH:  Can you talk a bit about the gameplay for Unforgivable? Why was there the decision to make an augmented reality (AR) game? What went into the decision to focus on three locations?

AY:  We are opening more cities now for gameplay now, including Taiwanese cities like Taipei, Hsinchu, Taichung, Tainan, and Kaohsiung. American cities such as New York City, San Francisco, Los Angeles, and Seattle; and Hong Kong are also available to play now. We think that to use AR to create an more engaging experience regarding storytelling is powerful. The most challenging part is how to seduce gamers to physically move their ass to the locations to solve the missions.

BH:  Who is your target audience with Unforgivable, particularly in consideration of the fact that there is both a Chinese version and an English version? Taiwanese? Americans? Taiwanese-Americans?

AY:  Indeed, we hope to target all of these three audiences (Taiwanese, Americans, and Taiwanese-Americans).

The use of real life locations in Unforgivable. Photo credit: Toii Inc.

In fact, we have also found that Chinese, Korean, and Japanese publishers were very interested about publishing the game. For the Chinese market, it is huge and they are very curious about Taiwan. (The Chinese market actually accounts for big portion of revenue for Detention.) As for Korean market, we’ve heard that the “Gwangju Uprising” is very similar to Taiwan’s 228 Massacre, which may explain their interest. As for Japan, Japanese are very interested in many things about Taiwan recently, they call it the “Taiwan Boom”.

BH:  Can you talk a bit about who else you invited to collaborate with you on Unforgivable? Such as with regards to the voice actors you invited and so forth.

AY:  It’s been pleasure to work with New Bloom team for the English proofreading. Also, the New Bloom team is credited for the Taiwanese historical references and supporting materials.

We were lucky to have Danny Lin voiced by DJ Joey (周恩承) of ICRT. Popular Internet singer Setsunan (薛南) lent her voice to the second lead, Naomi Oshiro. Also, the famous YouTuber Froggy (呱吉) provided the voice for Danny’s grandfather. Setsunan also sings the theme song for the soundtrack, and the music are available is music streaming platforms such as Spotify, iTunes, and KKBox. 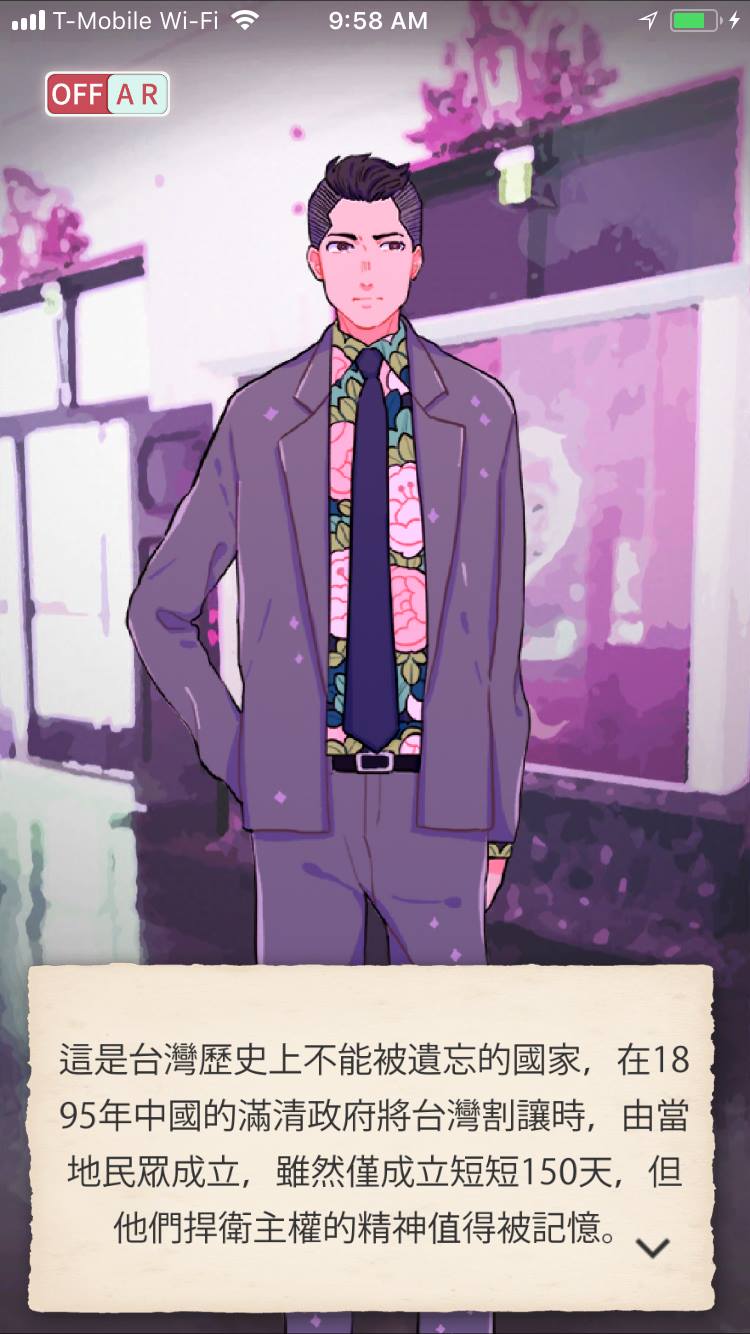 BH:  How do you intend to spread word of the game going forward? What kind of effects do you hope to have?

AY:  Definitely, we would love to have more people to know more about Taiwan’s history and the history of the democracy movement in Taiwan. People in Taiwan share values with American people, such as freedom and democracy. Taiwan is a young democratic nation. Martial law has been lifted for just 30 years, but now people call Taiwan a lighthouse for democracy in Asia.

BH:  Are there any future projects planned beyond Unforgivable?

AY:  Yes, we are working on a new title and it will be somewhat related to politics in Taiwan. The new title should be coming out this summer (Hopefully!).

BH:  Lastly, what would you have to say to not only Taiwanese, but international readers?

AY:  Please download and play this game, and let us know your feedback. Search “Unforgivable: Eliza”. It’s free to play, available on both App Store and Google Play.