The majority of cases continued to be in the greater Taipei area, with 133 cases in New Taipei and 65 cases in Taipei, consistent numbers with past days. There were sixteen cases in Keelung, thirteen cases in Taoyuan, and nine cases in Miaoli. Likewise, there were three cases in Hualien, two cases each in Yilan, Hsinchu City, and Changhua, and one case each in Kaohsiung, Yunlin, and Hsinchu County.

There was heavy traffic on highways yesterday, despite the public being called on to stay in place and not travel over the Dragon Boat Holiday. Parts of Provincial Highway 88 reported traffic of over two hours last night. There is particular concern about the spread of asymptomatic cases over the holiday from experts. Measures adopted on the highway to limit cars, such as ten seconds of green light followed by thirty-five seconds of red light, likely contributed to traffic. 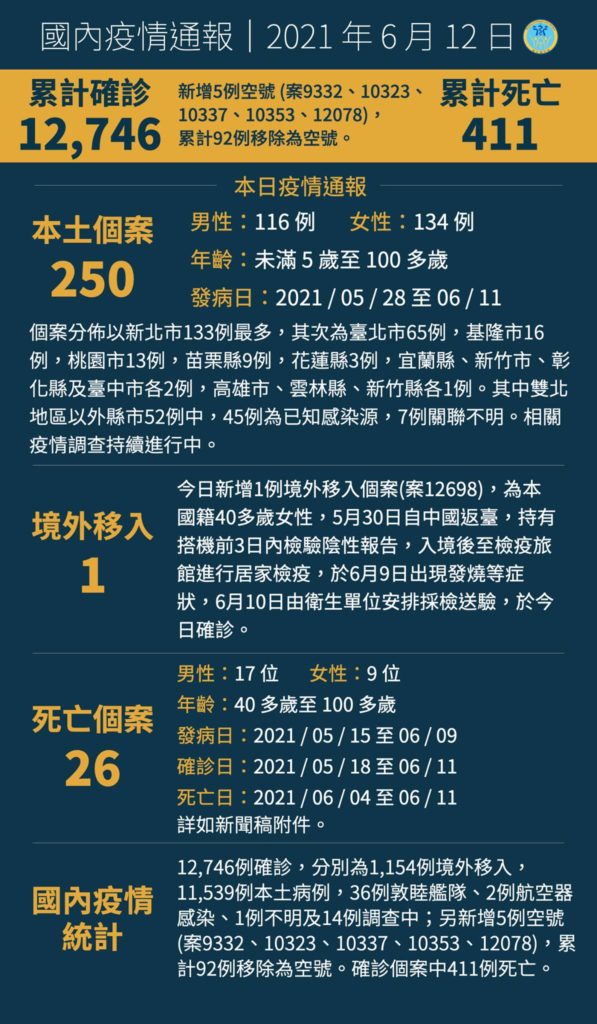 The public was called on to stay at home and avoid travel over the weekend, if possible. It is feared that the long weekend could lead to an uptick of cases. Train capacity has been reduced to 20% of usual capacity.

Much of the CECC press conference today focused on vaccine distribution. The 1.24 million AstraZeneca vaccines sent to Taiwan from Japan have now been opened to eligible categories, which include remaining medical personnel in categories one to three that have not been vaccinated, workers and residents of long-term care facilities, individuals undergoing dialysis, and individuals above 75 years old. Individuals that already took one dose of the AstraZeneca vaccine are also eligible to receive their second dose. Indigenous who are above 65 years old are eligible to receive vaccines, Indigenous having an average life span ten years less than their Han counterparts.

While vaccination for categories one to three medical personnel has hovered around 70%, the government is hoping for 90% vaccination. However, the current wave of vaccines is not sufficient to cover all of those above 75.

Namely, there has been push and pull between local governments and the central government for the duration of the outbreak, and it can be expected that this will continue with vaccine distribution. 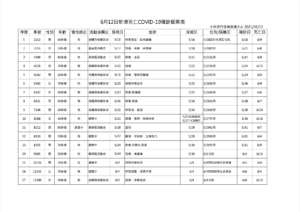 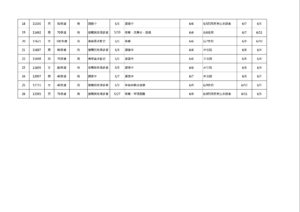 According to Taipei mayor Ko Wen-je, the rate of infection at testing sites in Taipei is currently 1.1%. This is a decline from yesterday’s rate of infection of 2.3%. Ko also lashed out at the CECC at his press conference for stating that Wanhua was a place where COVID-19 prevention measures had been breached, stating that COVID-19 had spread to Wanhua from outside. Vaccination will begin for those over 85 years old in Taipei, with registration starting at 8 AM tomorrow.

New Taipei mayor Hou You-yi stated that traffic was up by 16.7% yesterday, raising concerns about increased travel this weekend. Hou stated that New Taipei would not open large vaccination centers for the wave of vaccines, given insufficient supply. Similarly, vaccines will begin with those over 85 years old. The rate of infection at testing sites was 1.7% in New Taipei, with cases concentrated in Zhonghe and Sanchong.

Cases held stable in Miaoli today, with a second-round of testing undergoing among migrant workers at electronics factories that have developed COVID-19 clusters. But there was no jump in cases today, as there was yesterday. The central government is sending migrant workers to quarantine facilities when needed and trying to alleviate issues regarding overcrowding. To date, there are clusters at four factories. This is 285 individuals at one factory, 21 people at a second factory, 57 people at a third factory, and 12 at a fourth factory, which are 80% migrant workers. Over 1,000 contacts have been listed.

Testing continues to identify undetected cases, with plans to allow for home testing using test kits that can be purchased from pharmacies in order to make the process more simple.

The CECC has particularly been questioned about the death rate as a result of COVID-19, with individuals above 60 constituting 89% of all deaths so far and the current death rate being 3.2%. Cases reported today indicate that it is still older individuals who are most vulnerable to COVID-19.

Six employees at the Datong branch of Yuanta Securities have been confirmed to have COVID-19. 83 workers in 33 companies have employees who have tested positive for COVID-19 to date, in Taiwan’s financial industry.

500 doses of the Moderna vaccine were distributed to medical personnel at Far Eastern Memorial Hospital today. Reportedly, there were long lines of individuals waiting for the vaccine, with poor social distancing, leading to criticisms of planning for vaccine distribution.

A student living in a dorm at Soochow University was confirmed positive for COVID-19 today. 72 students and workers have been tested. A family gathering in Taichung of ten people led to eight becoming infected with COVID-19.

Nine family members of a worker at the Shin Kong Mitsukoshi near Taipei Main Station have caught COVID-19. 6,800 text messages have been sent to visitors to Shin Kong Mitsukoshi between June 8th and June 10th. Tests have been carried out at the Taipei Veterans General Hospital Yuanshan Branch due to a COVID-19 case found there, with 41 contacts. 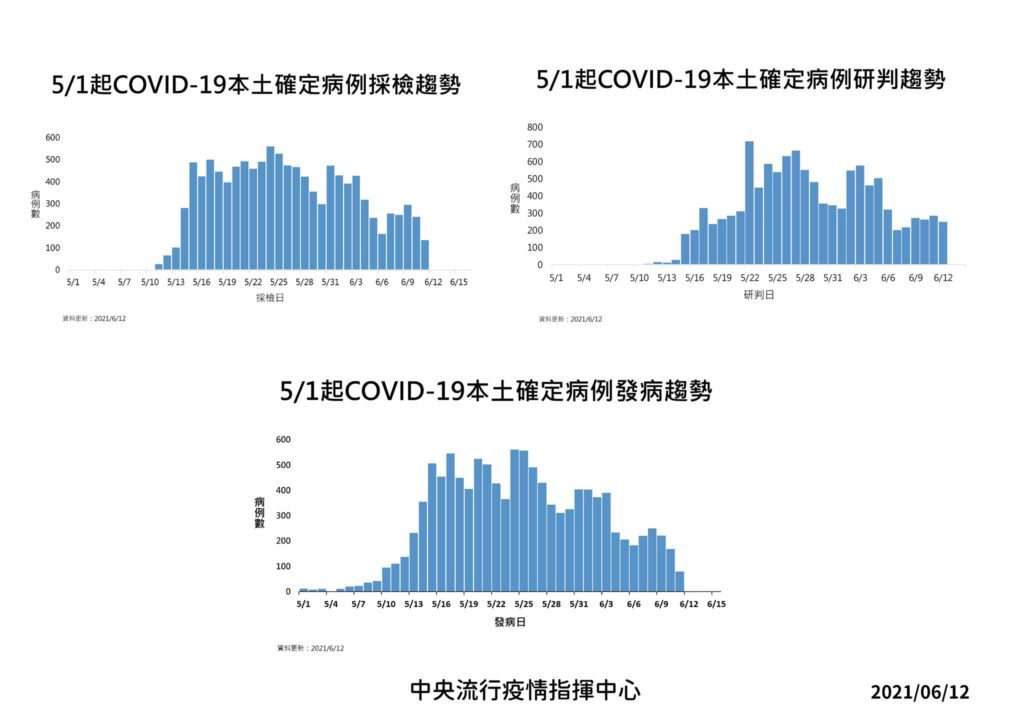 Similarly, efforts continue to be made in terms of vaccine acquisition. With the US having announced last week that it will be donating 750,000 vaccines to Taiwan, documents are currently being signed with the US in order to facilitate the donation.

Of over 760,000 vaccinations to date, there have been 1,059 reactions to vaccines to date, of which 112 are serious. The CECC is considering allowing people to mix vaccines, due to experiments in Europe having shown stronger immune responses from mixing vaccines.

Taiwan is also continuing to pursue efforts to secure the rights to contract manufacture international vaccines. Chen indicated that Taiwan had previously sought to acquire these rights. However, Taiwan lacked the capacity to produce the number of vaccines that manufacturers wanted, as Taiwan could produce up to 100 million vaccines, but not the 300 million that vaccine manufacturers hoped for. Negotiations to contract manufacture AstraZeneca fell through, with Chen suggesting yesterday in the legislature that this could have been due to Chinese interference. Chen stressed today that even if Taiwan was able to manufacture vaccines, the decision to distribute vaccines would still be made by the manufacturers, which potentially means that vaccines manufactured by Taiwan would not be able to be used in Taiwan.

A conditional Emergency Use Authorization will be passed for BioNTech vaccines, with FoxConn CEO Terry Gou continuing to pursue what he claims will be the import of German-manufactured vaccines to Taiwan. Although representatives of Gou have met with the CECC, Gou has still been unable to obtain an authorization letter from the original manufacturer, which is required to prove that he is genuinely purchasing vaccines from the right company.