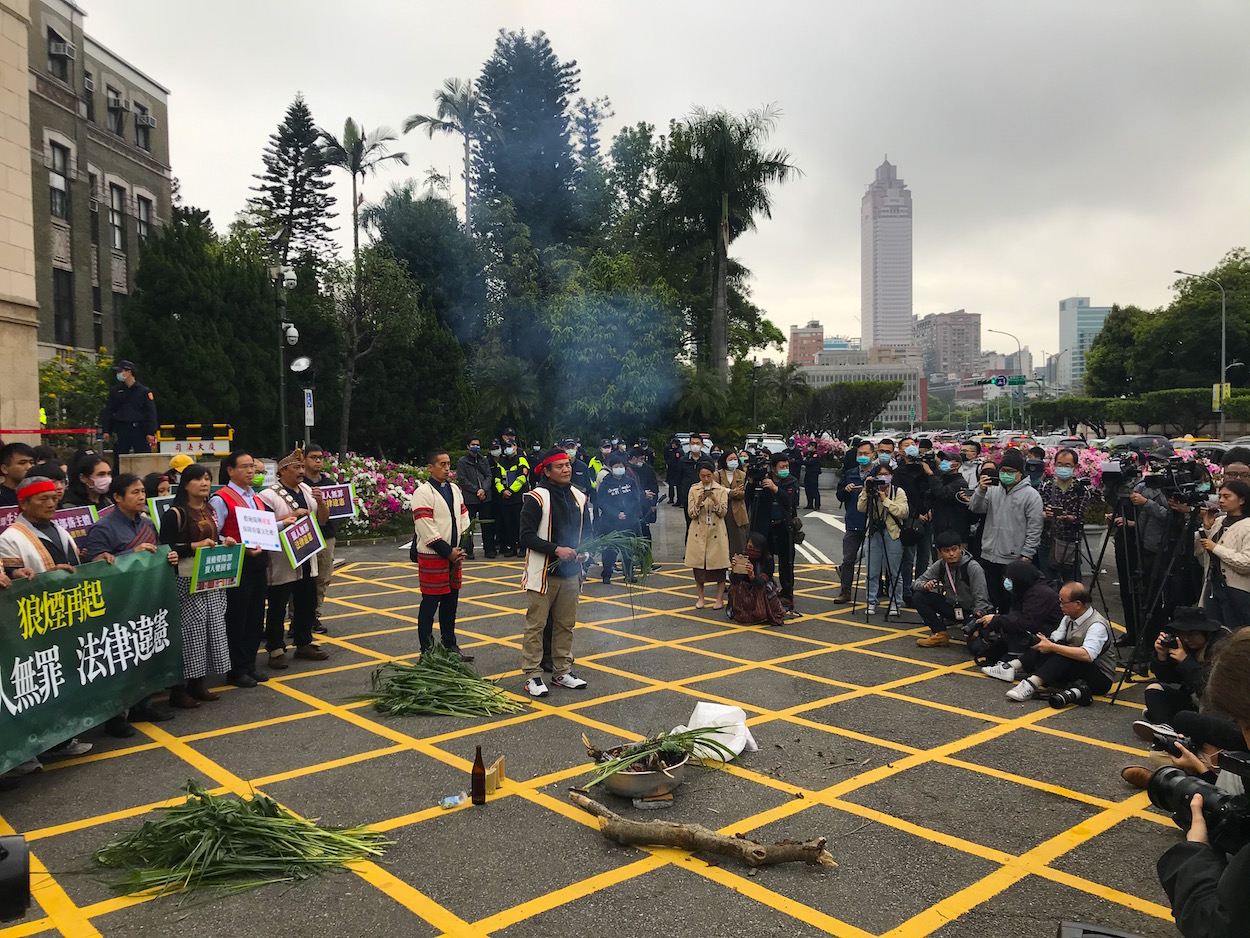 Among the participant groups in the demonstration were the Indigenous Youth Front, LIMA, the Pangcah Amis Guardian Alliance, and Pisaodo’an, along with Bunun community members and elders. The appeal to the Council of Grand Justices was filed by Pan Zhi-qiang of the Puyuma, a traditional protector of the Lijia community. The overnight sleep-in was a rare all-night protest, which have become increasingly uncommon in the years since the 2014 Sunflower Movement. It should also be noted that the Tama Talum case has now dragged on for close to a decade.

Tama Talum, a Bunun man thought to be around 61-years-old at present, was arrested in 2013 after hunting wild game for his elderly mother. Because of the fact that Talum’s mother was in her nineties, Talum sought to hunt food for her to eat because she was used to eating wild game and because store-bought meat, such as pork, made her sick. Talum’s full name in Bunun is Talum Suqluman, but referring to someone by the name of their father is a sign of respect in Bunun. Because Talum’s father’s name was Tama, this why Talum is known as Tama Talum in most reporting on the case. Talum is also known by his Chinese-language name of Wang Guang-lu.

Talum’s hunting caused him to run afoul of the Controlling Guns, Ammunition and Knives Act after shooting a Formosan serow and Reeve’s muntjac. While Indigenous are permitted to hunt using firearms, they are only permitted to use handmade rifles. This resulted in a jail sentence of three years and two months in jail for illegal firearm possession, a jail sentence of seven months for violating the Wildlife Conservation Act, as well as a 70,000 NT fine, being handed down to Talum. 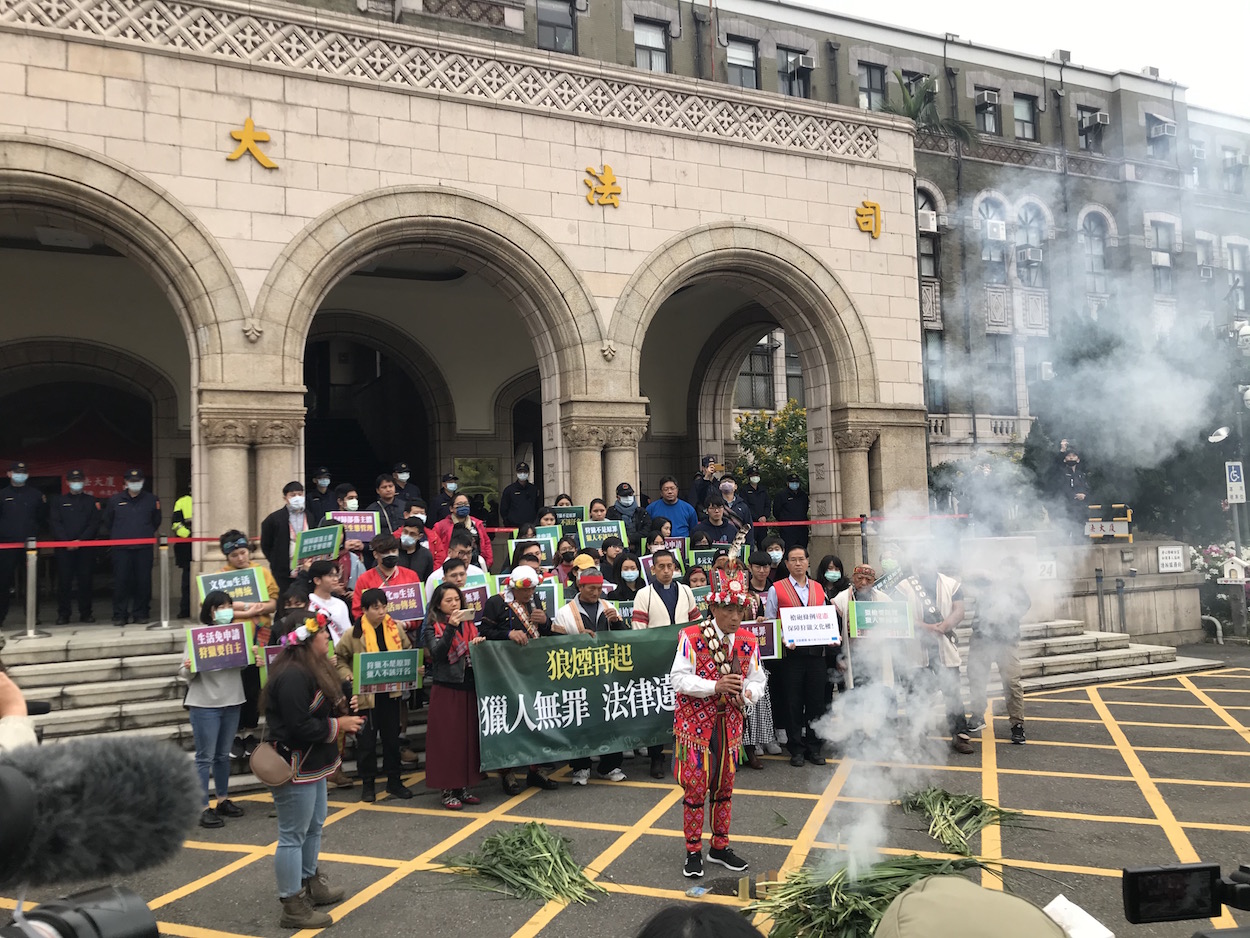 Though scheduled to start his jail term in December 2015, Talum refused to turn himself into police, stating that he would wait for police to arrest him at his home and accompany his elderly mother in the meantime. In anticipation of arrest, Talum asked his daughter to return home to take care of his mother, and reportedly even inquired as to whether he would be able to bring his mother to jail, to continue caring for her.

Following an extraordinary appeal by Prosecutor-General Yen Da-ho, this resulted in Talum not being arrested and remaining free pending an appeal. The trial against Talum was later suspended in 2017. Representatives of organizations such as the Legal Aid Foundation were critical of the heavy sentence originally faced by Talum, with Chen Cai-Yi of the Legal Aid Foundation stating that “the ruling of this case was even more serious than that of a murder case.” 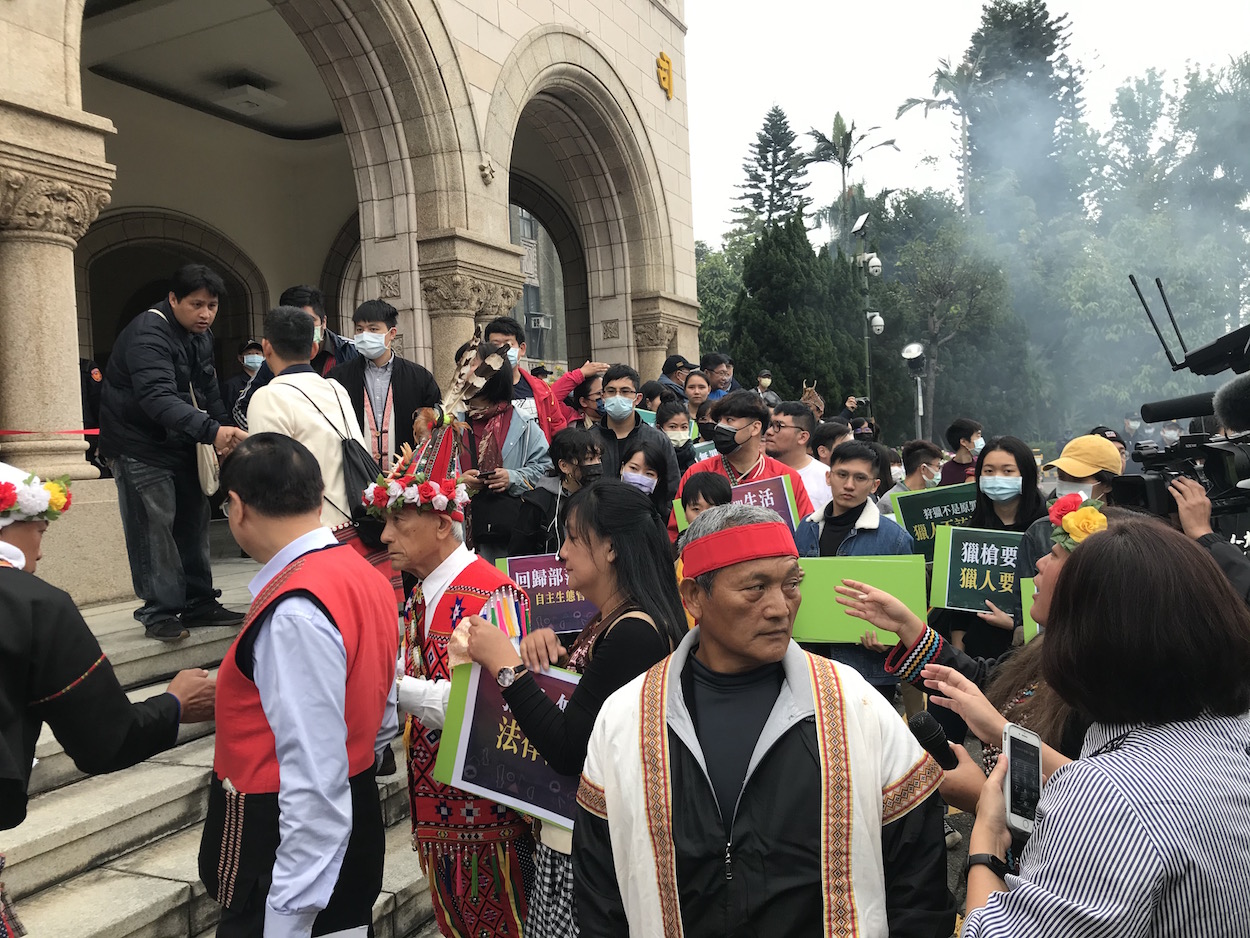 The sentencing against Tama Talum took place shortly before the January 2016 presidential elections that put Tsai in power, with Tsai even mentioning the case as an example of the injustices facing Taiwanese Indigenous during the third presidential debate between her and Eric Chu of the KMT. After Talum contracted a case of pneumonia that put him in the Intensive Care Unit in October 2016, during which Talum was unconscious for close to two weeks, this resulted in protests calling for Tsai to pardon him. Various petitions in support of Talum have been launched over the years, including recently.

The Tama Talum case points to a constellation of issues facing Taiwanese Indigenous. Despite legal provisions protecting traditional Indigenous hunting rights, the application of such laws are often haphazard and legal absurdities such as Indigenous being forced to use handmade weapons instead of modern firearms to hunt remain on the books, despite the fact that handmade weapons can misfire dangerously. 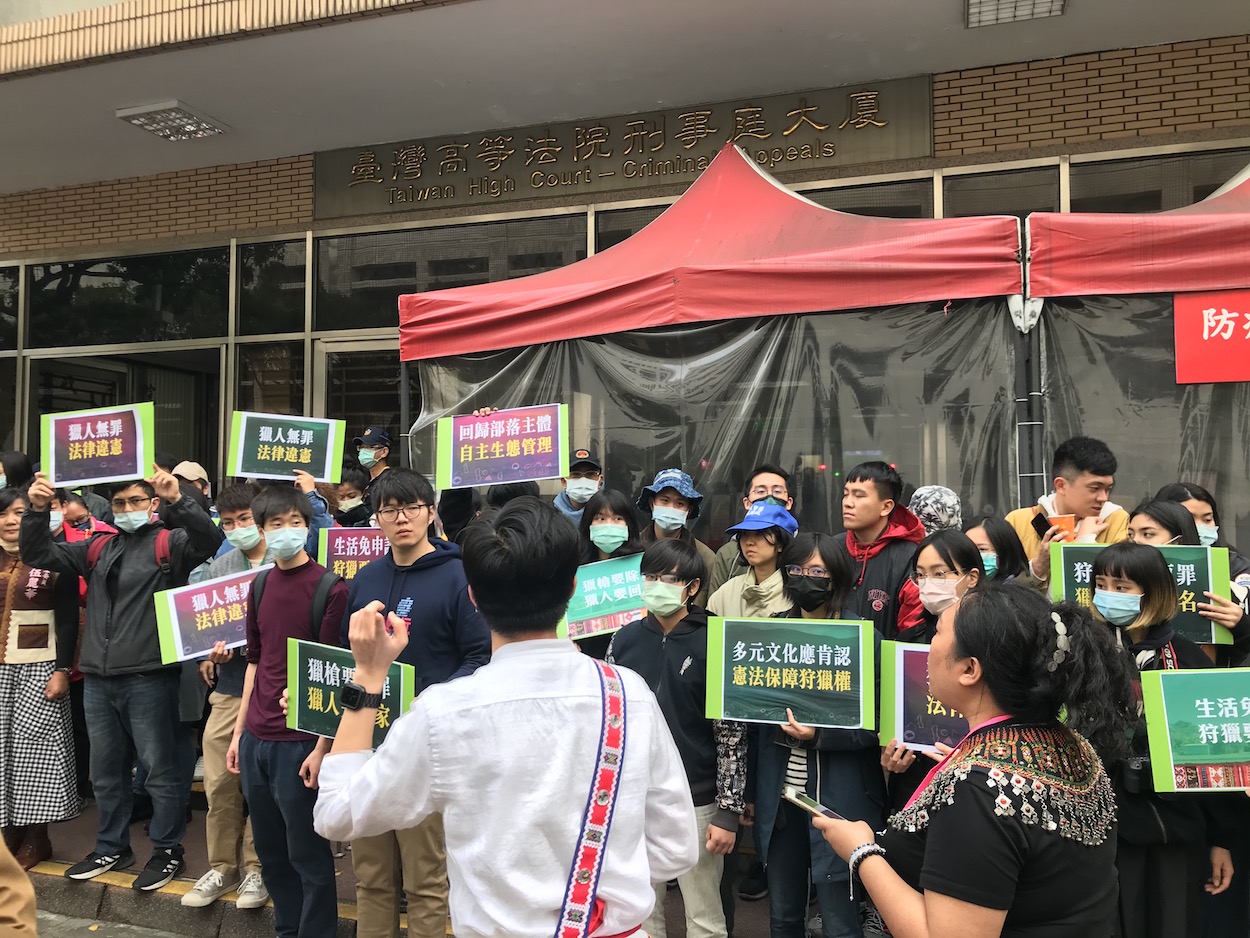 Otherwise, Indigenous traditional practices variously run up against the juridical practices of the ROC state, or the state has been slow to act on legal protections promised to Indigenous. Indeed, it should not be surprising that a settler colonial state has little interest in protecting the rights of the Indigenous that it displaced—another way of looking at the issue is to consider discrimination against Taiwanese Indigenous as written into the fabric of ROC law. Although laws were changed in 2004 to allow Indigenous to hunt for cultural purposes, what these changes would be were not announced until 2012. The specifics of the law still conflicted with Indigenous practices, and what constituted hunting for personal purposes allowed under the Indigenous Basic Act could be murky territory. 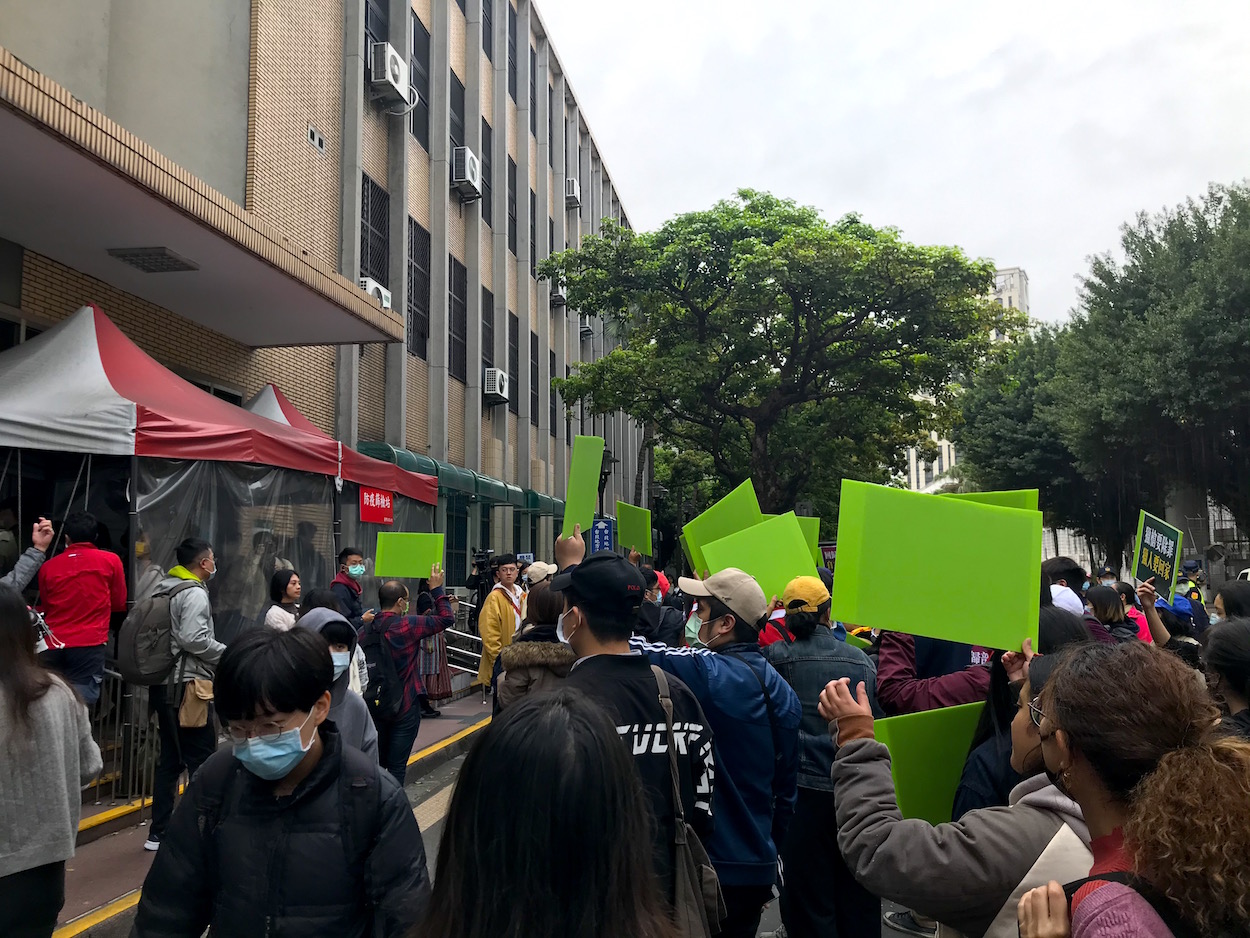 It should be noted there have been other cases of Indigenous hunters arrested for practicing their hunting rights in past years, including arrests of Puyuma and Truku hunters in 2015 during the initial wave of attention regarding the Talum case. None of these cases became a cause celebre in the manner of the Talum case, but they gesture toward the larger issue at hand.

Indigenous groups have sought to organize around the issue. The National Indigenous Hunter Conference has been held annually since 2018, with 130 representatives from 26 Indigenous communities issuing the Taiwan Indigenous Hunter Declaration in 2020. The declaration emphasized that Indigenous would seek to maintain traditional cultural practices, contribute to the sustainability of the natural environment, and try to obtain the right to use regular firearms while hunting. Indigenous groups have also experimented with using cell phone apps to register kills and hunter’s associations have been formed for the same purpose. 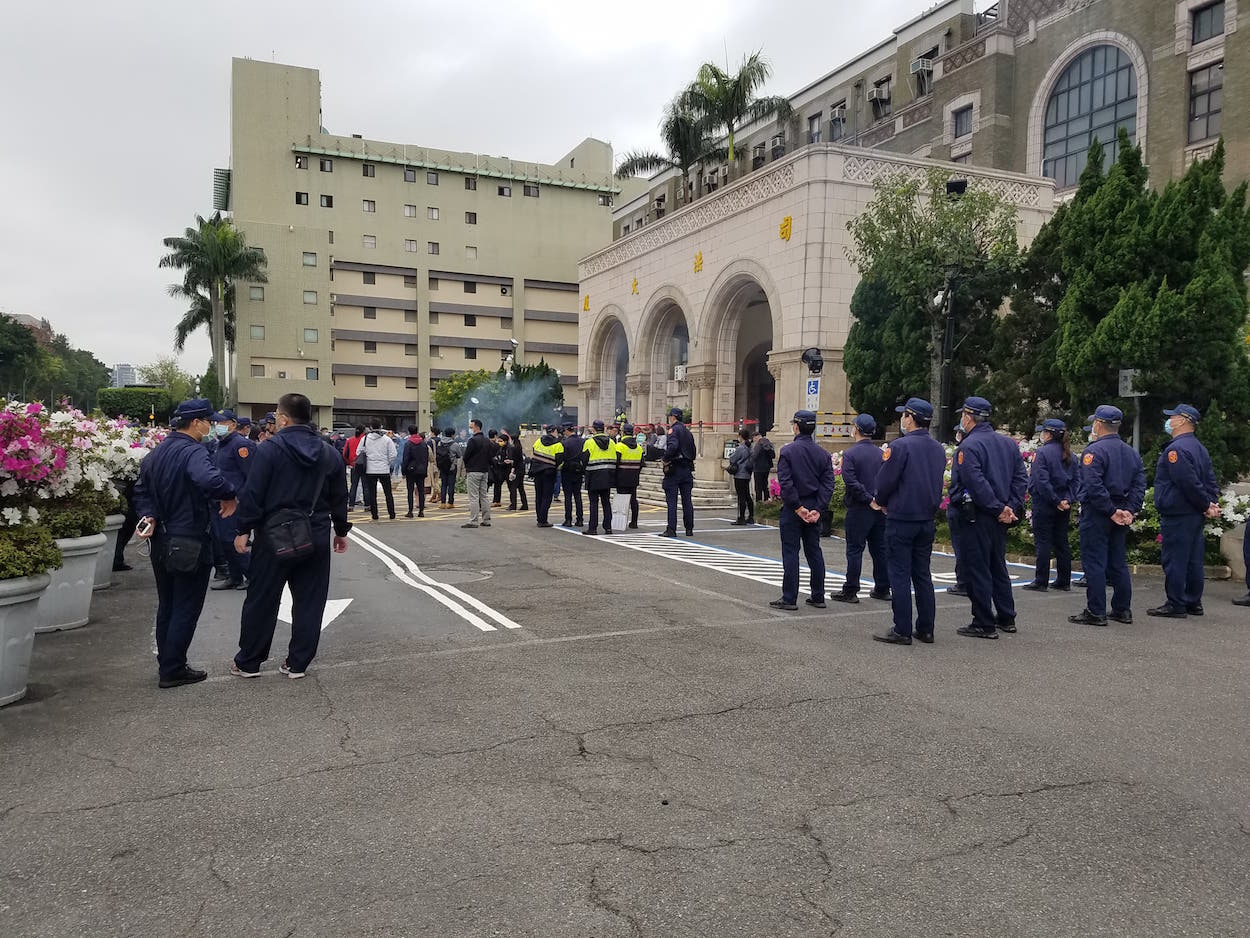 After the end of the traditional ceremony, Indigenous groups traveled to Soochow University to watch the proceedings of the hearing by livestream. A number of arguments sought to highlight that Indigenous hunting practices would not lead to any ecological imbalance, as argued by Icyang Parod, Minister of the Council of Indigenous Peoples, and Control Yuan member Kao Yung-cheng.

The majority of arguments today at the hearing tended toward arguing for a constitutional reinterpretation regarding the issue of Indigenous hunting, though the National Police Agency took the opposite stance by arguing that the existing laws were sufficient to protect Indigenous hunting rights and that there was no need for an interpretation. Furthermore, National Police Agency representatives defended the present restriction of Indigenous to using homemade firearms for hunting, arguing that because homemade firearms are frontloading, stating this was more “safe” but seemingly implying that this would prevent their use for committing crimes. Indigenous advocates stated that Indigenous cultures forbid maltreatment of animals, as a result of which the use of modern guns would be more pain-free.

Some debate ensued regarding whether Indigenous hunters should apply ahead of time before hunting, with Lin Hua-qing of the Council of Agriculture stating that hunting applications could be used to avoid hunting animals are in mating season. Arguments against this were that applying for hunting beforehand would go against traditional hunting practices in which hunters do not know what they will hunt beforehand. Tama Talum defended his hunting as part of his adherence to traditional culture, since this was carried out to care for his mother.

The Council of Grand Justices will announce its decision on the arguments it heard at the hearing today next month.