THE CENTRAL Epidemic Command Center (CECC) announced five new confirmed cases of COVID-19 in Taiwan today, bringing the total number of confirmed cases to 393. All five cases were imported, rather than being cases of domestic transmission.

Notably, Centers for Disease Control officials all wore pink masks during the daily briefing on the number of COVID-19 cases today, after an incident in which a boy wearing a pink medical mask to school was laughed at by his peers. This action by CECC officials, who were mostly male, was aimed at destigmatizing gender norms.

At the same time, measures to prevent the spread of COVID-19 continue to be rolled out. The Taichung city government requested that dance halls and hostess bars shut down last week, after the 379th confirmed case of COVID-19 was a worker in a hostess bar. Taichung KTVs, nightclubs, and bars are required to enforce social distancing measures and take down the names and contact information of visitors. Raids on clubs that have continued operating despite the enforcement of social distancing measures have taken place in Taoyuan and Kaohsiung.

Taipei and New Taipei city now require vendors at traditional markets to wear medical masks or face fines otherwise. With visits to traditional markets down by 20% to 40% due to the COVID-19 outbreak, traditional market vendors have called for aid from the government. To this extent, the government has continued to roll out subsidies for businesses affected by the decline in tourism since the start of the COVID-19 pandemic, announcing a paid training program for businesses that have furloughed workers, and loans for amusement parks, hotels, and travel agencies.

Efforts to highlight Taiwan’s exclusion from the international community in light of the COVID-19 pandemic also continue. Taiwanese citizens organized a campaign to crowdfund an ad in the New York Times in the wake of accusations of “racism” against Taiwan from World Health Organization director-general Tedros Adhanom Ghebreyesus, with many of the organizers behind this campaign having been involved in efforts to crowdfund ads in international media outlets during the Sunflower Movement, such as Lin Zuyi of Watchout and designer Aaron Nieh, who designed the campaign iconography for Tsai’s 2016 campaign. The Ministry of Transportation and Communications has also stated that it is open to renaming majority state-owned China Airlines due to the effects on business after the COVID-19 pandemic, given the association with China for the air carrier.

Mask diplomacy from Taiwan has also continued. Apart from the government sending masks to the European Union, the Taiwanese Chamber of Commerce in the US is collecting funds to purchase masks from Taiwan for frontline medical workers in America. Restrictions remain in place on the export of masks from Taiwan abroad, limiting masks being sent to relatives. Nevertheless, a minor controversy broke out earlier regarding the wife of the Singaporean prime minister, Ho Ching, reacting negatively to the notion of Taiwan donating masks to Singapore on social media. Ho later apologized for her comments. 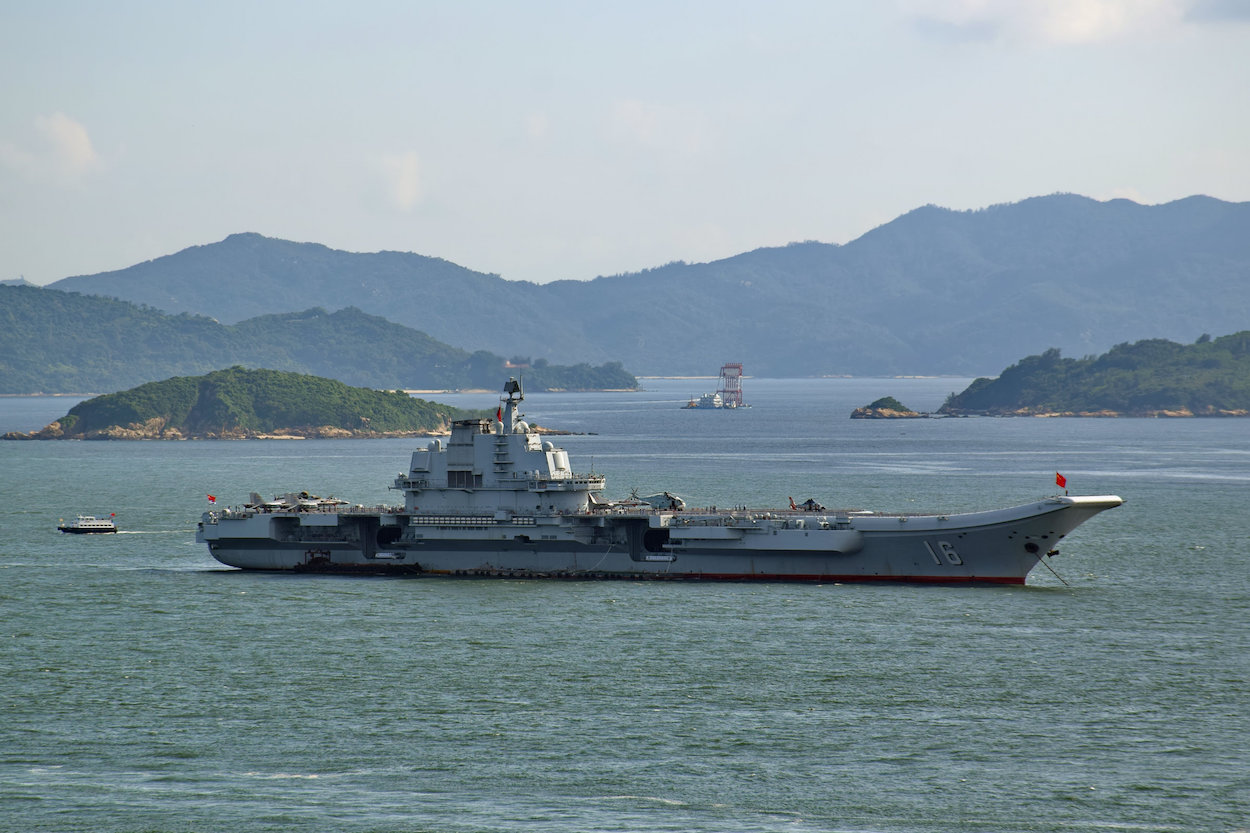 Yet one has observed a decided uptick in Chinese and American military drills taking place near Taiwan in the past few weeks. China’s first aircraft carrier, the Liaoning, sailed through the Taiwan Strait yesterday as part of a carrier group, escorted by two destroyers, two frigates, and a supply ship. On Friday, a group of Chinese fighter planes and bombers flew through airspace near Taiwan, followed later that day by an American reconnaissance aircraft. Subsequently, an American destroyer sailed through the Taiwan Strait, followed by a Chinese frigate. American aircraft also flew through aircraft near Taiwan on Saturday and Sunday.

Efforts by the Chinese government to militarily intimidate Taiwan continue, with America having stepped up drills in response to the uptick in Chinese drilling around Taiwan in the past few weeks. Some have suggested that China is aiming to project power because of the fact that American aircraft carriers in the region are under quarantine due to COVID-19, or otherwise to try and continue to project military power to prevent appearing weak because of the COVID-19 pandemic.