Outrage After Eviction of Migrant Workers from ASEAN Square, Protest Planned for Sunday

ANGER HAS broken out from migrant worker groups after an incident in Taichung involving the eviction of forty migrant workers from the ASEAN Square by Taichung police. The incident took place at night on July 14th and was filmed by a bystander on a cell phone.

No arrests took place and migrant workers peacefully complied with police orders, but after the video of the incident was posted online, it became circulated widely on social media, leading to angry responses from migrant worker groups and Taiwanese migrant worker advocates. A protest against the incident is planned on July 21st, involving going to the ASEAN Square to sit down, and as organized by the Taichung branch of the Taiwan International Workers’ Association.

At the time of the square’s renaming, Lin stated that in rechristening the square, he hoped to promote cultural connections between Taiwanese and Southeast Asian migrants to Taiwan. Lin, who lost his bid for reelection last year to Lu Shiow-yen of the KMT, was also among those to weigh in on the July 14th eviction, using his personal Facebook account to post on a video of the incident that his belief was that, “The beauty of Taiwan is in its diversity.”

Police justified the eviction with the claim that migrant workers were noisy, drinking, and smoking. But what has been angering of migrant worker groups has been the biased enforcement of the law toward migrant workers by Taichung police, seeing as there are many incidents of groups of forty or more Taiwanese individuals smoking, drinking, and socializing in public space without being forcibly dispersed by the police.

The incident also raises the issue of racialized policing practices by Taiwanese police. Taiwanese police brutality toward southeast Asian migrants is an under-discussed issue despite incidents such as the September 2017 shooting death of a “runaway” Vietnamese migrant worker, Nguyen Quoc Phi. While police claimed that Nguyen had attacked a police officer with rocks, many migrant worker advocates take the view that police were overly quick to resort to deadly violence, when there are many incidents of ethnic Han Taiwanese attacking police officers with knives, guns, or other weapons, but police still not resorting to using firearms. Taiwanese police and paramedics are also accused of leaving Nguyen to bleed out, instead of treating his injuries. 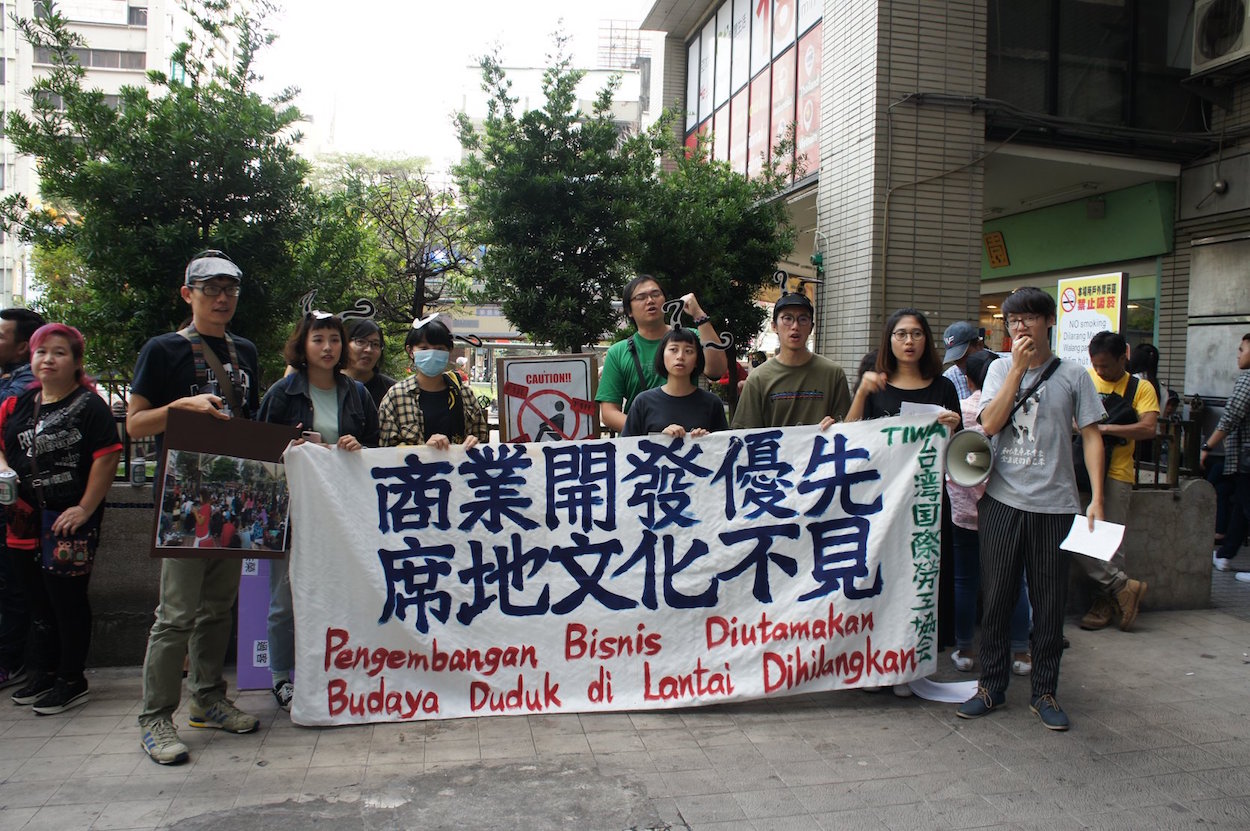 Indeed, migrant workers in Taiwan are frequently treated as cheap, disposable labor by their Taiwanese employers. Such racialized attitudes extend to how southeast Asian migrants are treated by Taiwanese police, it seems, even in an era in which one in ten elementary and middle school children has a foreign parent–oftentimes a southeast Asian migrant.

Policing practices are broadly reflective of broader cultural attitudes, as also highly visible in discriminatory and demeaning comments made by politicians about migrant workers. A prominent example would be repeated comments by Kaohsiung mayor Han Kuo-yu, the KMT’s 2020 presidential candidate, referring to Filipina migrant workers by the ethnic slur of “Maria” and demeaning efforts at providing multicultural language education in Taiwan during KMT presidential primary debates.

This may be what the incident in Taichung is revealing of, providing a strong counterpoint to claims Taiwan values plurality, and is nothing but welcoming of those who are new to Taiwan.